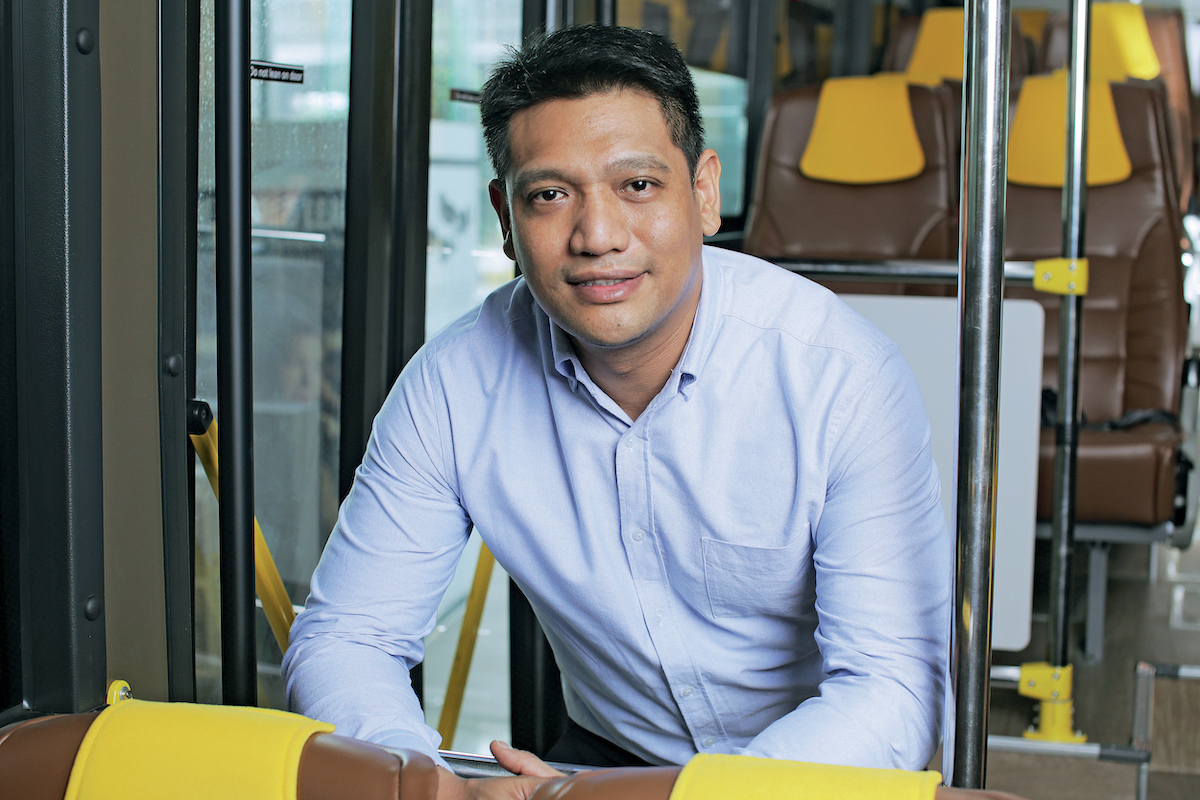 Back in the early 1990s, no-one who used cars wanted to ride a bus in the Philippines – people only did because they had to. From safety to schedules and government regulations, the bus transport system was seriously lacking.

Fast-forward to today, and people are riding the bus because they want to, not because they have to. And it’s all because of the vision of RRCG Transport System CEO Robbie Torres. “We wanted to change the role of the bus in the city,” Robbie shares.

“When you look at the townships in Metro Manila, you see that bus transportation has always been an afterthought. Now, given new opportunities and new government projects, we’re trying to put the bus at the centre of everything.”

He’s in the position to do just that; Robbie is also President of Autodelta, a local supplier of Volvo buses. “By the time I became CEO of RRCG, we’d already expanded our main business with Autodelta,” he explains.

“We saw the opportunity to have RRCG showcase whatever innovation we wanted to integrate in the market. We’ve already introduced a handful of innovations to the Philippines – some properly attributed, others not so much. However, what’s been important to us is bringing innovation to the general riding public. That’s where our focus lies.”

For Robbie, it’s all about the entire customer experience. To entice commuters to forgo their car keys, he knew RRCG would have to up its bus game. “Our main objective is to bring humanity back to public transport,” he stresses.

“We’re not just a transport business, we’re a people business. So, we’re very focused on the passenger experience. We put the passengers at the centre of everything we do.”

“We put the passengers at the centre of everything we do.”

Starting with their safety. It’s a value that’s been integrated at all levels within the organisation. “As stakeholders of the road, before being a transport company, we are a safety company,” Robbie says.

“In many markets, we’re the biggest vehicle on the road, and we share it with several modes of transportation. Our aim is to level off the risks that fundamentally come with that situation. We want the whole team to keep that safety aspect in mind.”

In addition to the passengers’ wellbeing, RRCG is also focused on the health of the planet. Their buses, in general, offer a “sustainable formula for the everyday commute”. But Robbie has plans to make the company’s ecological footprint even smaller.

“Because we wear the Volvo hat, we’re trying to integrate environmental sustainability in our formula for all business units,” he explains. “In fact, we have this mid-term plan to change most of our buses to Euro 5 emission level, which is higher than what the government is recommending.

“The rising number of private vehicles using the roads is a global challenge and, in only a few years, we’ve managed to establish a mature market where even people in the upscale communities are using P2P buses. It’s not just a service that’s cheaper than bringing your car, it’s a service that’s impacting the whole community. Particularly in transportation, environmental sustainability is only now becoming an acceptable concept.” However, Robbie realises that RRCG wouldn’t have been able to crack that market if it wasn’t for its unique, passenger-centric approach. “We did this by collaborating closely with the communities,” he says.

“Basically, we developed the upscale market for buses by lifting the level of standards to match their expectations. I think that’s what makes us different – we constantly talk to our passengers. Their complaints become the framework for improving our services.”

In 2016, RRCG Transport partnered with AF Payments Inc. to install a tap-and-go payment system, allowing riders to use their multipurpose beep™ card to pay their fares. However, simplifying its passengers’ commutes is only one of the benefits of its collaborations.

Robbie quickly discovered that working closely with the right suppliers – those with experience – could also give the company a leg-up in the market. “Whenever we choose a supplier, we’d rather work with someone we can collaborate with,” Robbie explains.

“In reality, we’re just a mum-and-pop shop, so the members of our team and the leaders of our team really don’t have any corporate experience. This is where Volvo has helped us a lot. Being with a big brand like this has given us insight into what lies ahead. We’ve been able to see their challenges in other markets and also their solutions.

“A lot of the systems we now have in place are a product of being able to see into that crystal ball. Rather than reinventing the wheel, we’ve been able to come up with our own local formula faster than if we were going it alone. Our collaborations are the chemistry that helps us stay a few steps ahead.”

“Our collaborations are the chemistry that helps us stay a few steps ahead.”

Beyond the collaborations and partnerships, RRCG remains successful because it’s been able to stay true to its roots since its inception in 1991. “We’re a typical Filipino, family-run business. We treat everyone with respect,” Robbie shares.

“We impart family values to our employees. I tell my team to treat their co-workers like siblings. They might not like to spend a lot of time together, but at the end of the day, they’re still family. You have to learn to get along and find a way to communicate effectively for success. That’s my basic premise.”

And, it’s a premise that has gotten him to where he is today. Robbie started working for RRCG straight out of university; first in maintenance, then in personnel where he started implementing some structure to the business, finally reaching the position of CEO where he is today.

This experience has given him a thorough understanding of the business and moulded him into an effective leader. “I’ve always seen myself as an organisational guy. I believe in teams. I believe it’s impossible for one person to do everything,” he says.

“I’m coaching the next generation of people for our business. I appreciate what they’re doing for our company, and I understand all of their roles – for, once upon a time, I was in their shoes.” 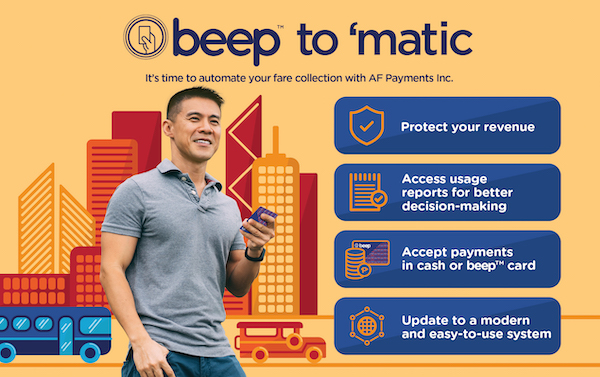