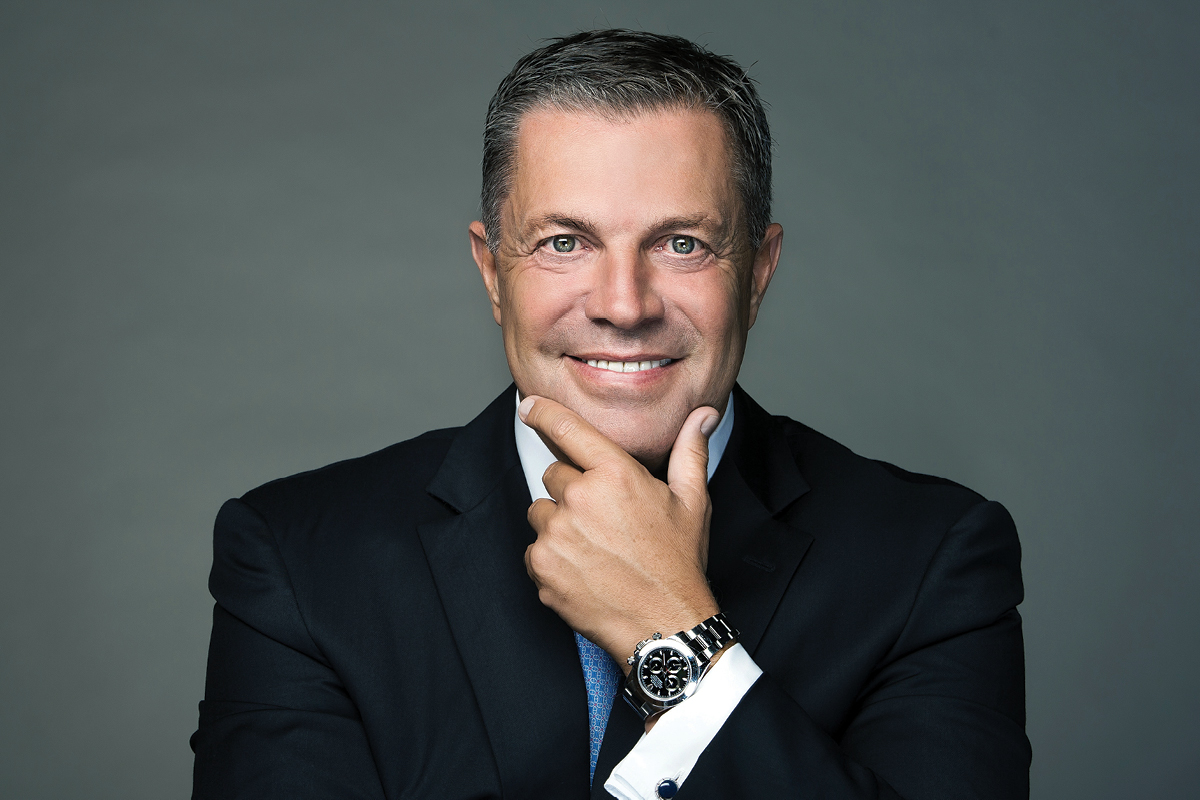 Frantz Wallenborn has an automotive collection that would make any petrolhead green with envy. However, he really enjoys driving only one vehicle – a vintage Lola T70 from 1969, which he races with his friends.

On a regular day, however, he works with vehicles that are more trundling giants than Speedy Gonzales – the transport trucks and trailers that make up the Wallenborn Group fleet. Frantz is the President and CEO of Wallenborn, a logistics and transportation service provider founded in 1920 in Luxembourg by his grandfather.

Like many who join a family business, Frantz’s career grew more out of chance than passion. “My father was running a small trucking company and I was tailing him.
At some point, it felt like the right thing to do to join the business,” he explains.

“I didn’t join because I am mad about trucks. I joined for the family. If my dad had owned a real estate company, I would be in real estate today.”

Although he was the boss’s son, Frantz paid his dues. “I started out as a dispatcher before moving on to bookkeeping and managing invoices. The company was still a small enterprise then, so there was little outsourcing and everything was done in-house,” he recalls.

Frantz dabbled in various departments and was able to gain a complete understanding of the firm’s full operations. His first role, however, remains his favourite.

“Dispatching was really my baby,” he professes. “Europe then was so unlike the Europe of today – there were borders. It was very exciting, being just 25 years old or so, to get to travel to all these different countries, interacting with and proposing new ideas to customers.”

Frantz took on the role of CEO in 1998 after his parents moved to the south of Spain for their retirement. Even though he hadn’t started out with a particular passion for the industry, Frantz nevertheless found himself keen to succeed. “I think it has something to do with my personality,” he guesses. 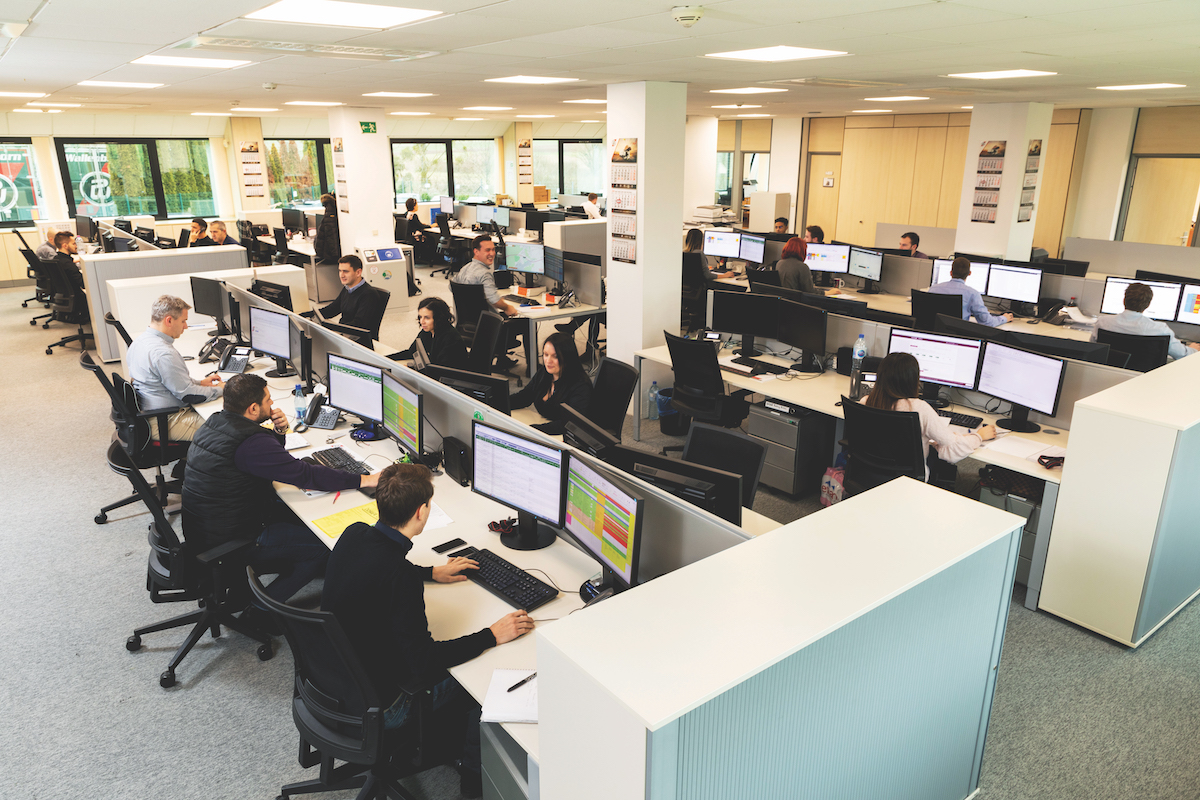 Today, Wallenborn touts itself as one of Europe’s fastest-growing transport groups. With his parents no longer involved in the day-to-day running of the company, Frantz has adopted a new family.

“They are my employees,” he says. “We have nearly 1,100 people working for us directly or indirectly, so that’s 1,100 families for which I have responsibility. This is what gives me the push to get up every morning; what keeps me going every day.”

Currently, air cargo road feeder services (RFS), which involves the shipment of cargo between different airports, is by far the firm’s biggest money maker, comprising 60% of its business. The company is also Europe’s largest RFS operator.

The scale of the business’s operations, combined with the bad rap motor vehicles have taken on in an increasingly environmentally conscious world, has pushed Wallenborn into taking up an aggressive sustainability program.

“We all have a duty to pass on to future generations a planet that is in better shape than it is now,” says Frantz. It’s a noble cause, but it comes with daunting challenges. “We can’t use electric trucks because they don’t exist yet,” Frantz claims (they do exist, but battery life limits their applicability). “Even if we can, think about it: where does the electricity come from?”

According to the CIA’s World Factbook, 25% of Luxembourg’s electricity is currently generated from fossil fuels, so it’s not completely clean. Instead of electric vehicles, the firm has invested heavily in making its fleet fully Euro 6 compliant.

The first EU-wide emission standard was the Euro 1, introduced in 1992. It imposed limits on the amount of nitrogen oxides, carbon monoxide, hydrocarbons and particulate matter that could be discharged from the exhaust pipes of new cars, forcing car makers to improve the catalytic converters they used. 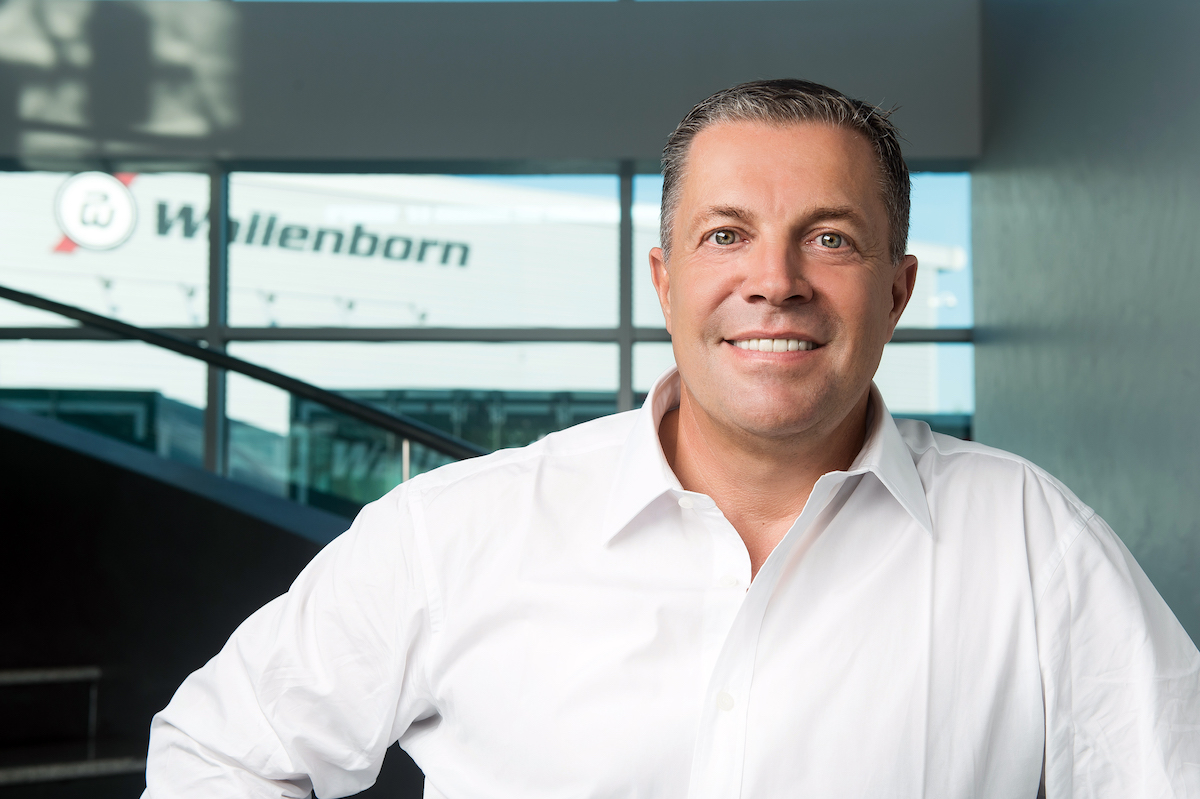 The standard has seen several revisions, each getting more stringent than the last. The current iteration is the Euro 6. Compared with Euro 5 vehicles, Euro 6-compliant ones release 75% fewer nitrogen oxides.

Keeping its modern fleet looking good is the state-of-the-art Kärcher TB 42 commercial vehicle washing system, which the company splashed out €250,000 for in 2015.

The fully automated system is programmed to detect every detail on the trucks, including spoilers, mirrors and tails so that every nook and cranny gets a good scrub down. The water used is recycled and the chemicals from cleaning agents are captured.

Besides a more environmentally friendly fleet, changes have also been made to the company’s headquarters in Luxembourg. The firm claims that its solar-equipped warehouse in Luxembourg is the country’s largest, with enough solar panels on its roof to generate 1,000 megawatts of electricity per year.

In the office, LED lights that automatically dim or brighten according to the level of light in the space have reduced energy usage by about 30%. These LED lights also come with motion sensors, so they automatically turn off when a room is not in use.

Frantz is of the belief that every little bit helps. “Some employees come into the office for only 30 hours a week. They travel less, so their carbon footprint is smaller. It seems like a small change, but it adds up,” he says.

It is evident from Wallenborn’s sustainability program that the company has a culture of innovation, one that extends to every part of its operations. It is also what keeps Frantz excited about his work.

Cargo crime is one of the biggest challenges faced by any logistic and transport services company. According to figures from the Transported Asset Protection Association (TAPA), the number of cargo crime committed in 2018 was the highest in 21 years.
To combat this, Wallenborn strictly follows the security standards recommended by TAPA. Every Wallenborn employee is also required to go through stringent background checks as well as a security-training program. The trucks travel on pre-defined routes, are only parked at secure spots and may even carry two drivers.
3,981 Total number of cargo crimes reported in EMEA region in 2018.
€154 The total value of goods, in millions, lost to crime throughout the EMEA region.
38.2% The percentage increase, year-on-year, of cargo crimes in 2018.
11.2% The percentage of thefts that were of tobacco products. It’s the most stolen item in cargo crimes.
58.8% The percentage of incidents that occurred at unsecured parking spots, which are the most targeted areas for cargo crimes.
64.9% The percentage of cargo crimes in the EMEA region that occurred in the UK.

“I’m not interested in doing what everyone else is doing. I am always looking to have or invent something new, whether it’s getting a new truck on the roads – an electric or hybrid one that my competitors don’t have – buying new trailers or expanding into transporting goods for an industry we’ve never served before,” he says enthusiastically.

One way the company has put its innovative spirit into action is in reconciling the need to transport goods across vast distances and legal limits to work hours. The firm implemented the changing of drivers mid-journey, thereby ensuring that every driver’s shift isn’t too long as well as reducing the vehicles’ non-active travel times.

Frantz may be brimming with ideas and plans when it comes to sustainability and operational matters, but with his customers, he takes a surprisingly laissez-faire attitude.

“I wouldn’t be able to describe to you what my customer strategy is. I don’t have one. Every customer has unique demands and wants different things. We can’t define a standard and expect everyone to suit that standard. It doesn’t work like that,” he explains.

“We can’t define a standard and expect everyone to suit that standard. It doesn’t work like that.”

What the firm focuses on instead is providing superb customer service. Unlike many of his competitors, Frantz has not gone down the route of centralising Wallenborn’s operations, even though it would likely be more cost-effective.

Having offices in locations all around the world provides customers with local staff who are not only able to respond to issues without delays caused by time differences, but also monitor local operations to ensure better service.

In addition, every major client gets assigned a dedicated account manager who is their single point of contact for any issues that may arise. And if its customer retention rate is anything to go by, this seems to be working out just fine for the firm.

Yes, some of Wallenborn’s customers have been with the firm much longer than Frantz has. They represent the legacy left behind by his father and grandfather – a significance that isn’t lost on Frantz, who says: “I don’t intend to sell my equity in the company and retire, definitely not. If I’d intended to do that, I would already have done so. I have a certain responsibility to my family and to my employees.”

What Frantz may consider doing is to seek out investors for financing new projects or acquisitions that may help to grow the company. “I could get financing from a bank, but then I’ll have to give guarantees, so I think funding with private equity is the better option.”

When talking about the future success of a multi-generational business, there is probably one question that cannot be avoided: does Frantz intend to pass the business on to his two children?

It may come as a surprise to many, but the Wallenborn Group isn’t just a logistics and transport services company. Wallenborn Events is its event management arm. Based in London, it takes advantage of Wallenborn’s extensive fleet of vehicles to provide temporary motorhomes, equipment transport and storage, as well as logistic support for events.
High-profile clients include the Renault Sport F1 team and Hugo Boss. For the former, Wallenborn Events has been building and managing motorhomes at race locations since 2010. Motorhomes are elaborate temporary structures that serve as luxury lounges where F1 stars and industry insiders mingle after races. For the latter, the company once provided a mobile truck shop that travelled to various locations and could be transformed into a pop-up store.

Should his children decide to join the company, Frantz intends for them to work their way up, just like he did. “They need to understand where the success comes from, and how the work is done,” he says firmly.

“They need to understand what I do between leaving the house early every day and coming home late at night. Perhaps after experiencing it themselves, they will not have the ambition to take on the business anymore.”

If his children don’t step up, Frantz knows many people who would. “There are managers in my offices who may be interested to own the company,” he says.

“There are many employees, especially those at a certain level of management, who have the potential to become a shareholder of the company. If that’s presented to them as an option, I am sure work will become very motivating for them.”

He continues: “It makes more sense to pass on Wallenborn to someone from within the company instead of to someone outside. If that happens, I would be one of the happiest men on Earth.” 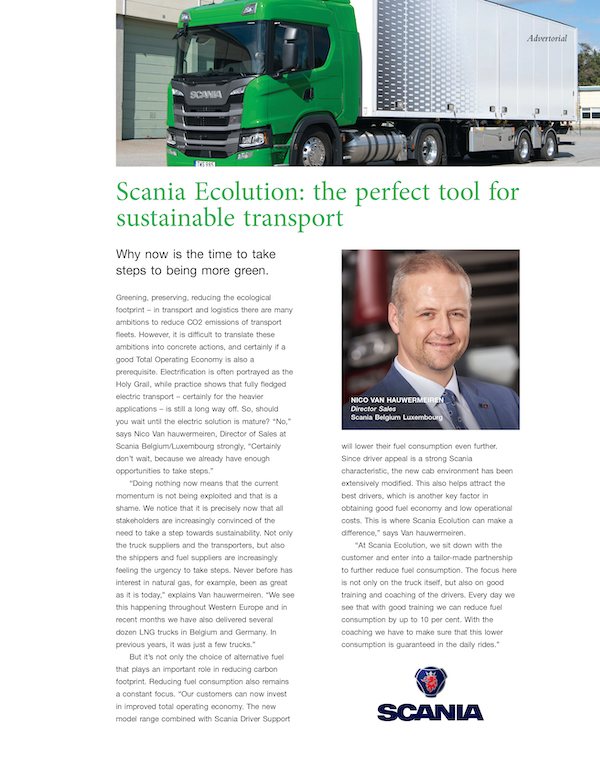 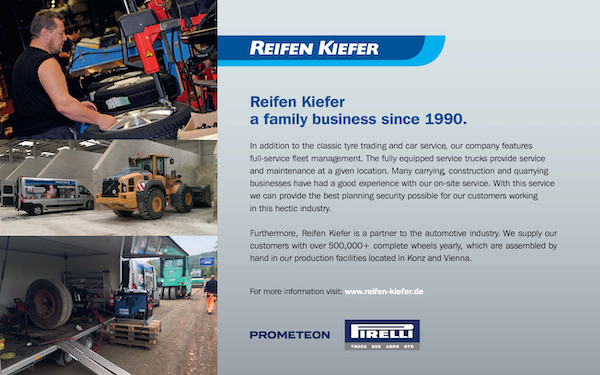