When Tony Mellick is asked about his vision for Kings Transport and Logistics, he starts talking about the difference between a need and a want. At first it might sound like he’s unfolding the ins and outs of Personal Finance 101, but it’s actually a way of thinking that is redefining the company’s approach and bringing a deeply human quality to the way it relates to its customers, suppliers and employees.

Tony is keen for the company to go the extra mile so that all its relationships become a choice, driven by want rather than by need. “So my customers want Kings as opposed to any transport company, and my employees want to work at Kings as opposed to needing to work. That’s the underlying tone of everything that we’re doing and it is what is underpinning our whole cultural change: the power of partnership.”

So what does that mean in practice? Tony points to one of the company’s challenges: creating an ecosystem of empowerment and engagement for its 1,500 contractors so that they want to supply their services to Kings rather than its competitors. The key, says Tony, is understanding their needs. “The majority of the contractors in the transport sector have migrated from the subcontinent,” he explains. “So some of the things that we are looking at is how do we help them improve their English language skills; how do we help them run their microbusinesses; how do we help their families assimilate into Australia?”

Likewise, he wants the company’s 700 employees to happily choose to remain with Kings and for people to be drawn to the workplace because — like the Virgins and the Amazons of the world — it’s seen as an employer of choice. 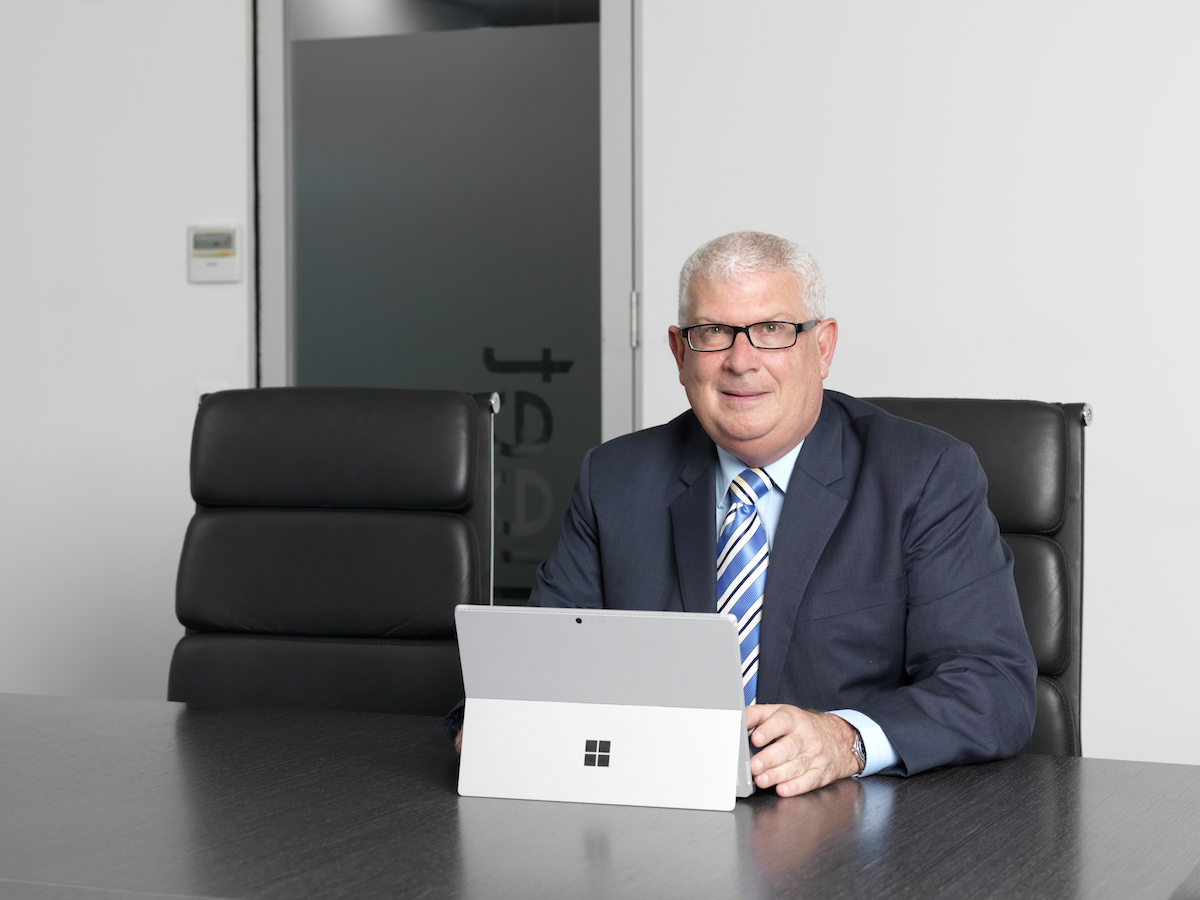 “That’s the underlying tone of everything that we’re doing and it is what is underpinning our whole cultural change: the power of partnership.”

Digitisation: From threat to opportunity

It’s a shift from the transactional to a deeper relationship that is also colouring the way Kings relates to its customers and their needs, particularly in the age of digitisation. “The biggest threat to the transport sector is digital aggregators,” says Tony. “If you look at the US and the UK, there are now digital marketing experts that happen to have transport as their product. They go and buy transport from a third party, but they package it and market it in a very digital-savvy way to a marketplace that’s completely mobile.”

Turning that threat into an opportunity means Tony is thinking differently about how to service customers. Along with traditional channels such as call centres, sales reps, and account managers, they can now choose to engage via live chat forums and online portals. Kings is also on the cusp of launching interactive digital front ends with IOS and Android applications. “It will enable customers to have an interaction with us whether they are sitting on a train, overseas, or sitting in their office.”

The next step: using tools such as Microsoft Business Intelligence to provide customers with an integrated supply-chain solution so customers can see where their item is, whether it’s in a container in Asia, a warehouse in Australia, or on a truck for delivery.

“If I am the owner of that information, I don’t have to be the doer, but I can present to them an integrated supply-chain solution where they have visibility in real time, at any time, of where their item is,” says Tony.

Beyond that, overseas trends are inspiring fresh ways to forge deeper relationships with customers. “If we can create business intelligence when we are doing deliveries and feed that information back to our customers, it becomes really powerful.” 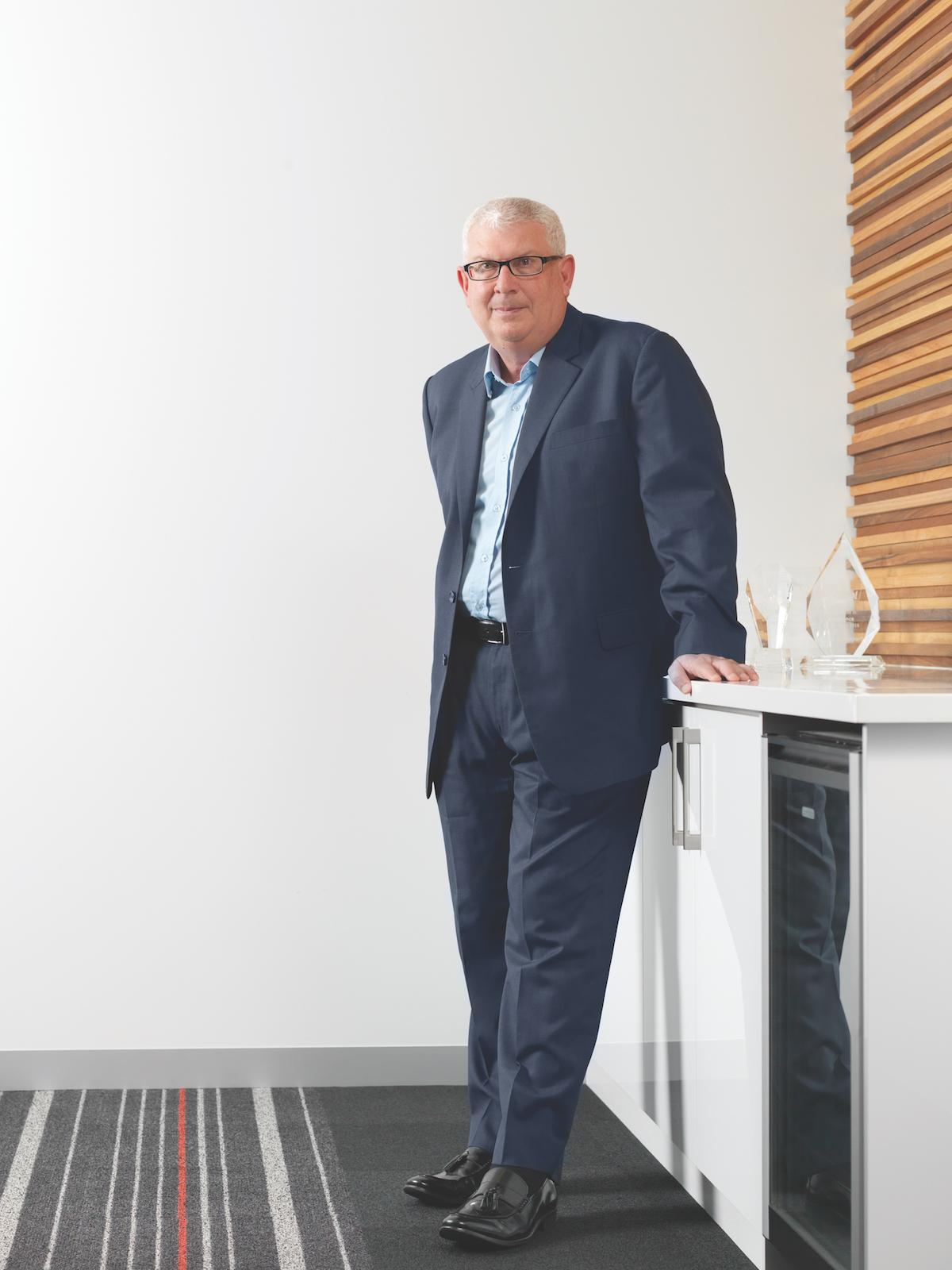 For instance, he says, one of its customers is Sigma Pharmaceuticals: “When we deliver to the pharmacy, how powerful would it be if we asked the pharmacist whether Sigma had everything in stock that it needed and then provided that information back to Sigma in real time?” Kings could also ask whom the pharmacist used to get any stock that Sigma couldn’t provide. It’s an area where Australia is lagging. “All of this digital engagement on delivery — what they call survey and upsell — has been quite prominent in Europe and the UK for about 8 years.”

He highlights a German company, DPD, doing mobile phone deliveries in Ireland, and offering a special deal on a home internet package as it delivers the phone. “The telco was paying €3 for that sales lead and they were getting a 30-per-cent conversion.” It’s the level of sophistication that Tony wants to bring to Australia’s transport sector. “We have got to become more than a transport company. We have got to think about how we become an extension of our customer, whether that is gauging their customer’s satisfaction; or becoming an alternative sales channel or providing information on delivery.”

Moving up the ladder

If anyone is well placed to see how the transport sector could move forward, it’s Tony. He’s spent his entire working life in the sector, hopping onboard in Brisbane in 1978 with Australian Document Exchange. More recently he spent 17 years with Toll Group.

When he accepted the role of executive general manager of the Express division at Kings Transport in 2014, it was like crossing to the dark side. “I was group general manager of one of the Toll divisions and Kings was my biggest competitor, so it was interesting going from fighting Kings to being part of them,” he says.

In March 2016, he was appointed to the CEO role. One of his key moves in his first year at the helm has been the establishment of a group business development arm. “That is about becoming more of a corporate player as opposed to an SME player,” he says.

Certainly, the company is moving up the ladder. In October 2016, it was ranked 298 in the BRW Top 500 Private Companies, reflecting revenue of $192.06 million, a 2.4-per-cent increase on the previous year. With that growth comes different decisions, such as about its 500 company-owned vehicles. Kings is now outsourcing its ‘cradle-to-grave’ vehicle procurement, maintenance and disposal to SG Fleet. “I am very much about getting the experts to assist us as opposed to convincing ourselves we know everything about vehicle procurement, maintenance and repair. They have got 100,000 vehicles under management in Australia. There’s a fair bet they will do it better than us.”

Tony is taking a leading position on sustainability issues, too. Kings already runs pushbikes in CBD Sydney and Melbourne, and this year it is adding 9 fully electric trucks to its company-owned fleet. It already purchases carbon-offset credits for the employee fleet, but once again Tony is looking further into the future on that front. “I am convinced Australia will enter into some sort of carbon tax or carbon-offset regime in the foreseeable future, so we will have to be a key enabler for our customers to reduce their carbon footprint.”

That might include providing weekly feedback to a community of like-minded customers on the reduction in their CO₂ emissions via a virtual league ladder on social media, he says. “I think there is a whole generation that genuinely cares about the environment, but few businesses facilitate the ability to do that.”

Ultimately, this is what will fuel the company’s growth, knowing what customers want and helping them achieve it. “For me, the next 3 to 5 years is about growing our capability to become a truly integrated supply-chain-solutions provider, and that means providing our customers with choice: choice in how they engage with us, in the services that we offer, and providing meaningful relationships,” says Tony. As he sees it, realising those intentions will only be beneficial for Kings: “That will drive increased revenue, sustainable profits, and a sustainable future for the business.” 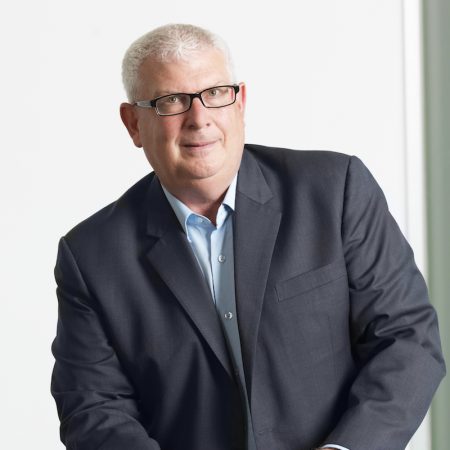