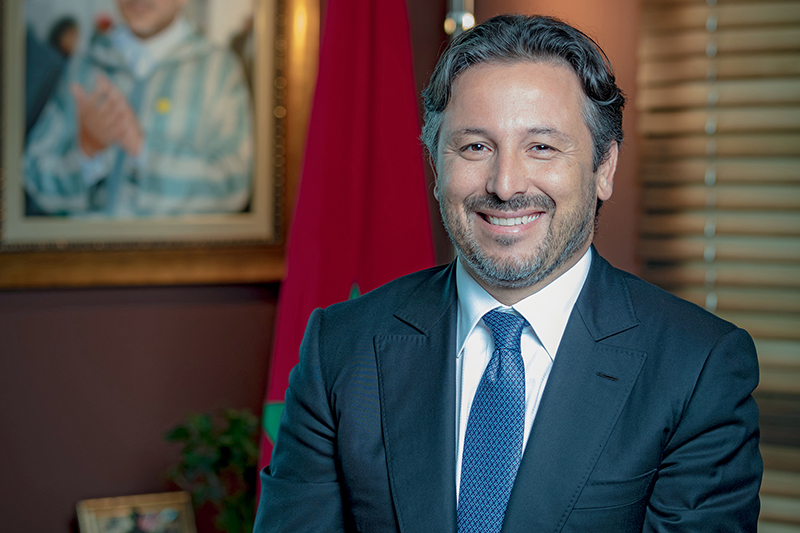 Throughout the 1990s, the Kingdom of Morocco faced serious power shortages. A severe drought the previous decade had caused contributions from hydropower to plummet and state-run coal-fired power plants were underperforming.

On top of all this, the country’s national debt had risen to 84% of gross domestic product and the prices of food and fuel had skyrocketed. As a result of this, the government began the process of reforming its power sector by introducing independent power producers (IPPs).

The first of these IPPs was TAQA Morocco. “We had the privilege and the opportunity to support the electrification program of Morocco with a coverage rate soaring from 18% in 1995 to 100% in 2007,” TAQA Morocco’s CEO Abdelmajid Iraqui Houssaini says.

Operating as Jorf Lasfar Energy Company (JLEC) from its founding to 2007, the initial 1,356-megawatt coal-fired power project on the Atlantic coast succeeded in improving the power system’s financial stability and offered consumers electricity at competitive prices for the first time in Morocco.

Its success prompted the country to replicate the model to increase private sector participation in power generation. “Enterprise-wide, it is a significant achievement to contribute to the improvement of people’s lives and health, as well as to the economic surge of a country,” Abdelmajid says. 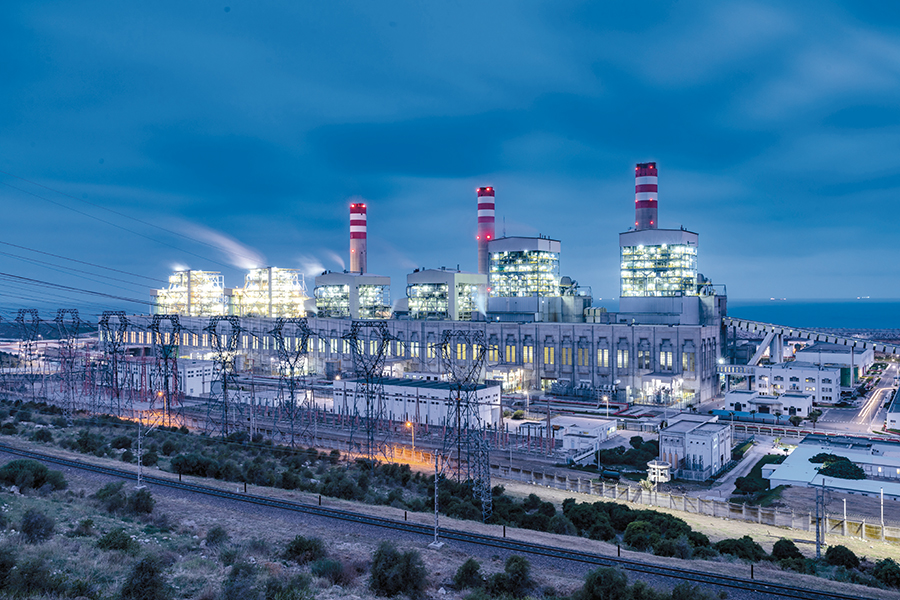 “TAQA Morocco, with 43% of national production, is the first IPP in Morocco and serves the base load of Morocco.” In 2007, JLEC was acquired by the Abu Dhabi Energy Company, also known as TAQA – a company with a functional capacity of 23 gigawatts spread over 11 countries and four continents.

This acquisition was followed shortly thereafter by Abdelmajid’s arrival as CEO, which ushered in a slew of developments and expansions that have solidified TAQA Morocco’s essential place in the Kingdom’s economy.

Since his appointment as CEO in 2009, Abdelmajid has expanded TAQA Morocco’s capacity and forged key relationships with international partners and suppliers. In his first year, TAQA Morocco became a société anonyme – equivalent to a publicly limited company – with a board of directors and supervisory board.

It refinanced its international debts with a Moroccan banking consortium and signed a memorandum of understanding for the development of two additional power station units – units 5 and 6 – to complement the company’s four existing units.

Limiting the carbon footprint of this industry is key and, fortunately, the change is already happening with the energy transition.

When they began commercial operations in 2014, these two new units raised TAQA Morocco’s total capacity to 2,056 megawatts. In the process, the company won a number of awards, such as the African Power Deal of the Year 2012 for the financing of its power station expansion and Best Partnership Award 2012.

Abdelmajid says the vision for this monumental expansion was built with his team who showed resilience, expertise and creativity in delivering complex projects in record time. In particular, he points out that the contribution of Abdelkader Hilmi, Project Director, and Omar Alaoui M’Hamdi, Deputy CEO, as being the cornerstone of the project’s success.

“Together with the team and the plant knowhow, we transformed TAQA Morocco into a top decile energy operator that delivers a premium service in a relatively short period of time,” Abdelmajid says.

“Their dedication and hard work to find solutions to the company’s challenges were instrumental,” he says. In addition, Abdelmajid goes on to explain that it is the continued support of crucial suppliers, including John Cockerill and ARMA Holdings, that has contributed to the company’s growth and success. 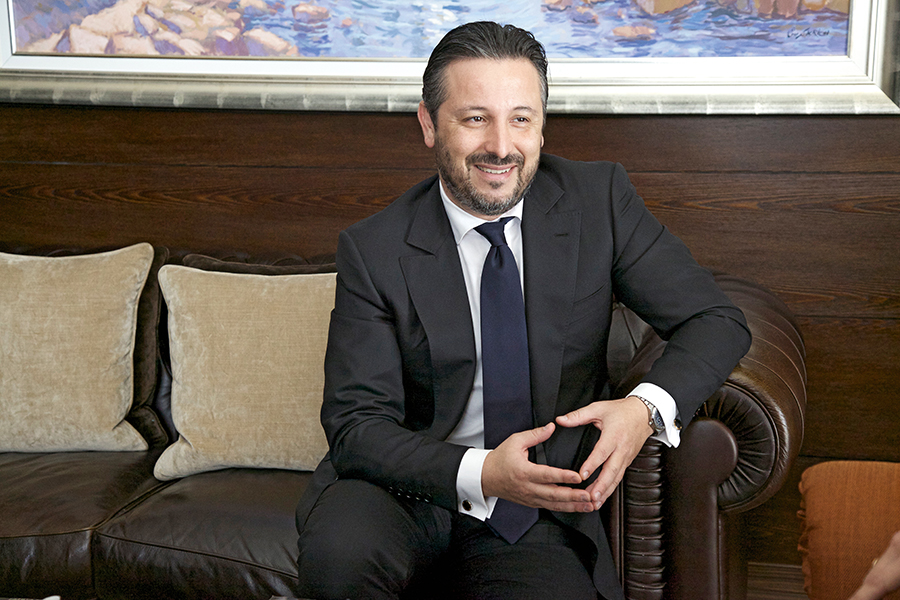 This year, TAQA Morocco extended its power purchasing agreement with the Moroccan government for a period of 17 years, from 2027–2044, which will allow the business to continue supporting Morocco’s growing economy through the secure supply of electricity.

As a leader in this industry, I concentrate on managing risks and reducing the probability of accident occurrence to zero. My daily concern is that all of my employees and subcontractors return home safe and sound.

With such major expansions and partnerships under his belt, Abdelmajid has set his sights on making TAQA Morocco fit for the future, especially by reducing its impact on the environment. This is no small feat for any business, let alone a coal-fired power plant, but Abdelmajid understands that there is no way around it.

“Limiting the carbon footprint of this industry is key and, fortunately, the change is already happening with the energy transition,” he says.

“Breakthrough technologies are under development to store energy, enhance energy efficiency and reduce dependence on fossil fuels. We are also committed to playing our part on a daily basis with the right environmental investments and equipment designed to reduce the environmental footprint of our production units while, in the mid-term, exploring new business opportunities in renewables.”

The challenge of completing an energy transition for TAQA Morocco will be pinpointing the right balance between affordable, reliable and sustainable sources of energy to support Morocco’s economy and social development.

Abdelmajid says the company is currently studying various opportunities in Morocco and elsewhere in Africa for renewables projects. He sees this process as one of his most important responsibilities as CEO. “The biggest requirement for a CEO is to secure the sustainability of the company in the long-term,” he says.

“Predicting major transformations ahead and developing a breakthrough strategy is not enough. The tricky part is to commit the entire organisation to change, even when performance is already on top form. A CEO must have the conviction that these performances need to be reinvented and improved to better face the challenging and evolving future. In other words, a CEO has to constantly push for performance on a daily basis and for agility and innovation in the long run to ensure the best positioning for the company in the future.”

Another way in which Abdelmajid is introducing innovation into TAQA Morocco is through his push for digitisation. Like many energy companies established before the digital age, the company has long maintained a decentralised system of planning, sourcing and managing logistics.

This way of working leads to the unintentional creation of information silos along supply chains, where stakeholders lack the visibility necessary to reduce logistics costs from fuel, freight, demurrage and storage.

With this in mind, Abdelmajid has partnered with Klaveness Digital by becoming an early adopter of its flagship product CargoValue, which is designed to empower industrial companies to make better informed decisions by leveraging their own data.

Since adopting the product in January 2020, TAQA Morocco has been able to replace its spreadsheet-based tools with real-time digital information, thereby improving data workflow, inventory management and demurrage.

“Digitisation is a great enabler to consolidate and increase TAQA Morocco’s operational productivity – already in the top decile – as well as creating significant additional value in terms of safety prevention and predictive maintenance,” Abdelmajid says.

“Over the past two years, we have started to connect machines in order to leverage the potential of data to enhance efficiency and capitalise on our expertise as an operator. We are currently working on a comprehensive Industry 4.0 road map to create incremental value and deliver premium services to the market.”

By leveraging the company’s data and promoting transparency, Abdelmajid believes TAQA Morocco’s drive towards digitisation will reduce the risk of both accidents and waste. “As a leader in this industry, I concentrate on managing risks and reducing the probability of accident occurrence to zero,” he says.

“My daily concern is that all of our employees and subcontractors return home safe and sound. “An accident is the worst and hardest setback for a leader. The trade-off between safety and performance must always be in favour of the former. Safety measures that are strong and sustainable are not limited to rules, processes and expertise, but rather rely on individual and collective behaviours oriented towards shared vigilance at all times.”

Creating this culture of shared vigilance while also bolstering productivity is one of Abdelmajid’s proudest professional achievements.

“I am working on bringing TAQA Morocco to its next level of development – a regional, digitised, low-carbon, first-choice energy company,” he says. “The digitisation and energy transformation of TAQA Morocco will be my greatest source of pride.” 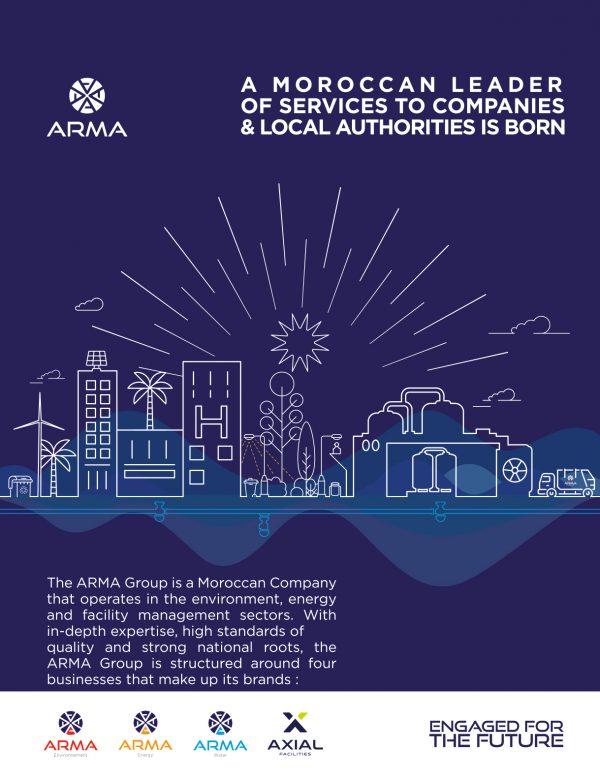 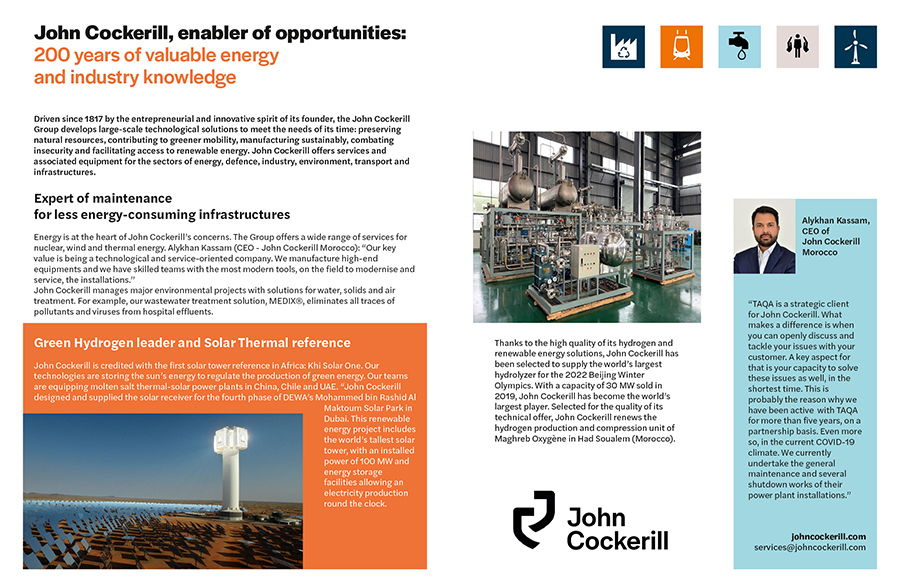