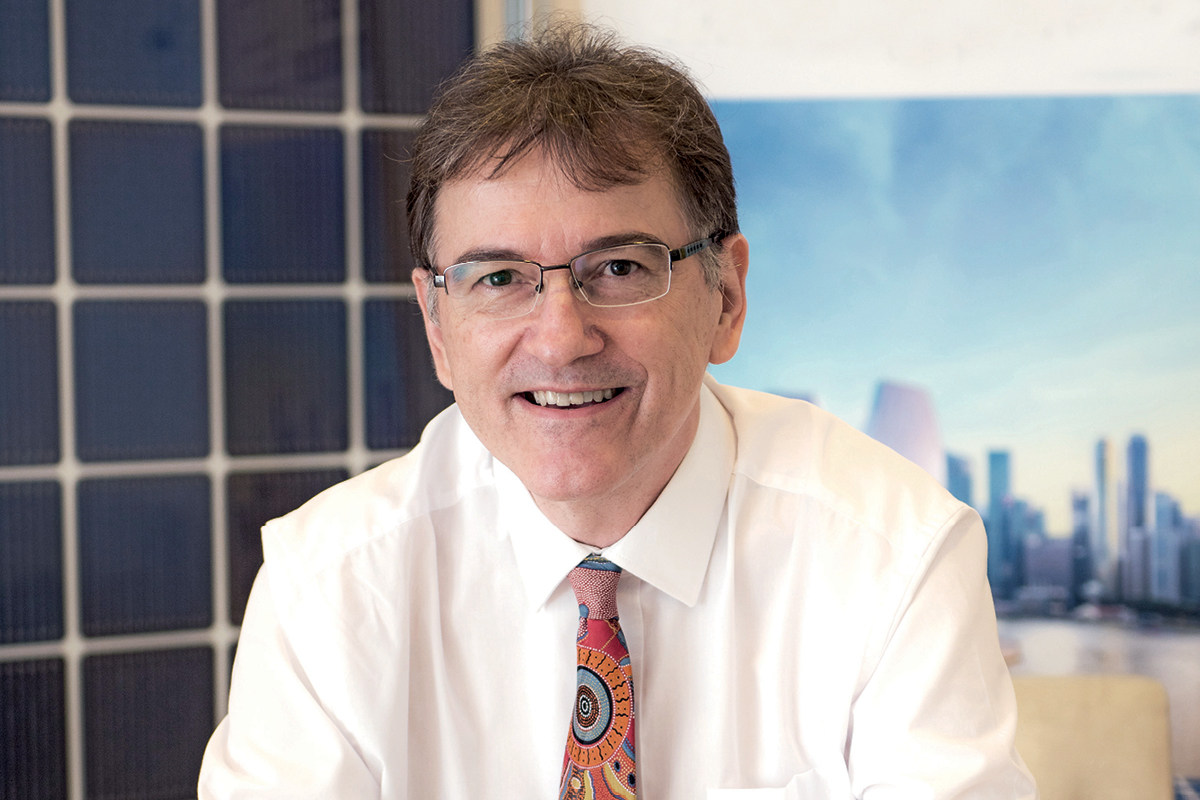 Professor Armin Aberle wants to move the world away from the fossil fuels that contribute to global warming and towards new, clean energy sources like wind and solar.

The German-born professor has been focusing his efforts on solar and he’s been at the helm of the Solar Energy Research Institute of Singapore (SERIS) at the National University of Singapore for seven years now.

Armin oversees a team of about 200 people at SERIS, which conducts research, development, testing and consulting on solar energy technologies and their integration into power systems and buildings. 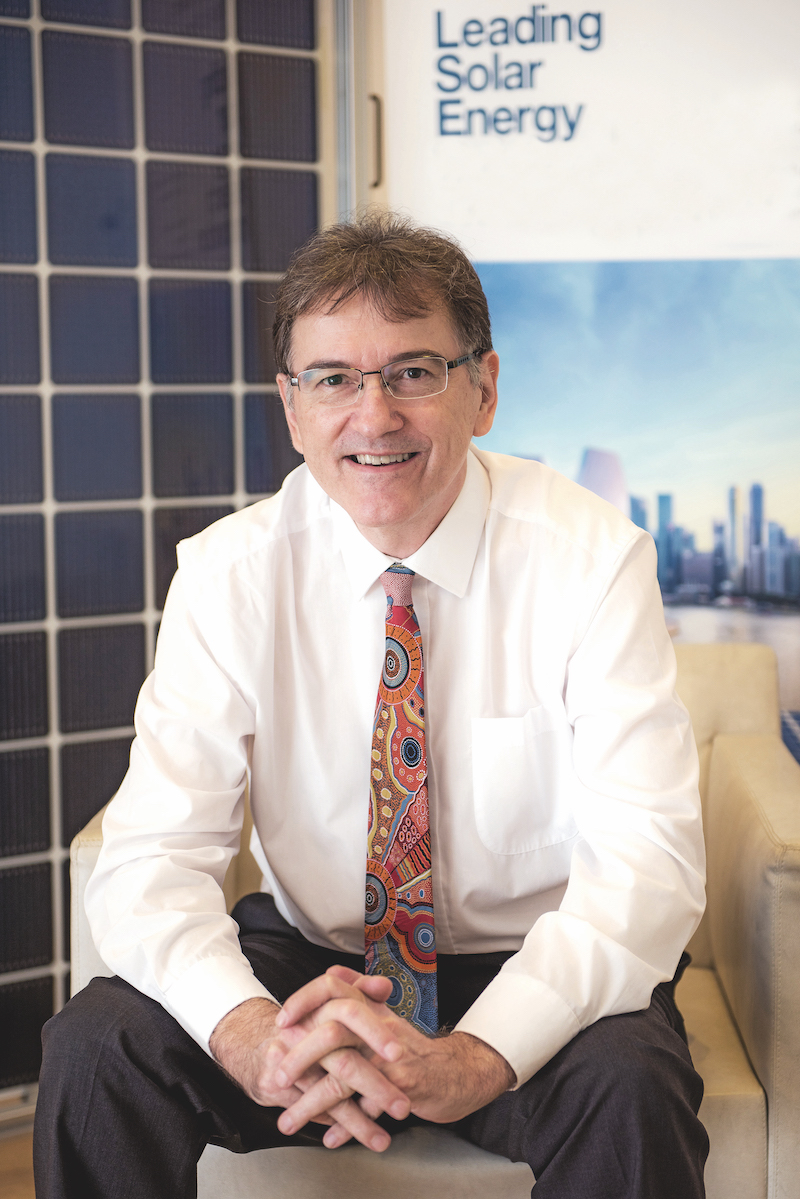 SERIS has invested more than S$100 million (US$73 million) in photovoltaic research over seven years. That money has largely come from the Singaporean government, which has “huge expectations”, according to Armin.

It also comes from industry partners such as REC, which has a billion-dollar solar production factory in Singapore capable of producing 600 panels an hour. It’s up to SERIS to help these firms develop the panels they put into mass production.

SERIS also collaborates closely with materials suppliers and semiconductor equipment vendors like FHR Anlagenbau from Germany.“We basically have to have better labs than our customers from industry,” says Armin, adding that his work is like high-performance sport: “We have to compete like it’s the Olympics, and so be it. I subscribe to that.”

“The way I operate is I try to be fair, honest and consistent, and praise talent. We’re like a sports team. We want to win our gold medal at the Olympics. So, I try to be a good manager, a good coach, and I’m part of the team. I lead by example.”

Growing up on a remote farm in Germany’s Black Forest region, Armin was surrounded by nature from a young age. At the same time, he was constantly fascinated by the inner workings of the machines that were used on the farm.

At high school, physics quickly became his favourite subject and he was reading about the laws of the universe and the Big Bang in his spare time. “It was clear at age 14 that I wanted to become a physicist,” he says. Armin went on to study physics at the University of Freiburg in Germany, before earning a PhD.

While completing his undergraduate degree, he noticed environmental pollution getting worse on his front doorstep. “There was a lot of acid rain, largely caused by the burning of fossil fuels, coming in from France,” he recalls.

“On the mountain tops the trees were dying and the rivers were so polluted from industrial development that you couldn’t eat the fish anymore.” It was all localised pollution, as opposed to global warming, but Armin still realised back then the importance of clean energy, solar in particular.

At the time, sceptics said solar power had no chance because it was too expensive and too inefficient. But Armin disagreed. “Everything in Mother Nature is powered by the sun,” he says.

“It’s the biggest source of energy we have on Earth – 10,000 times more than we need. If we learn to harvest just a fraction of the solar energy we receive, humankind can have a wonderful life.

“It’s clear now that temperatures are rising and the planet is developing a fever. We got away with it for 100 years, but now it’s become obvious that we must make a huge change. We must move to something that is clean, sustainable, abundant and available anywhere on Earth. Sunshine is like free fuel from heaven. It’s everywhere and it doesn’t cost anything. And solar panels can be deployed almost anywhere: on land, on buildings, on cars, and on water. There is no pollution from solar, no noise, no emissions, nothing. It just humbly delivers electricity.”

However, one of the problems for solar power is its variability. “Solar energy is not like a power plant running 24/7 at the same, constant power,” says Armin. “It doesn’t work at night, and when we have bad weather during the daytime, solar electricity production goes down.” 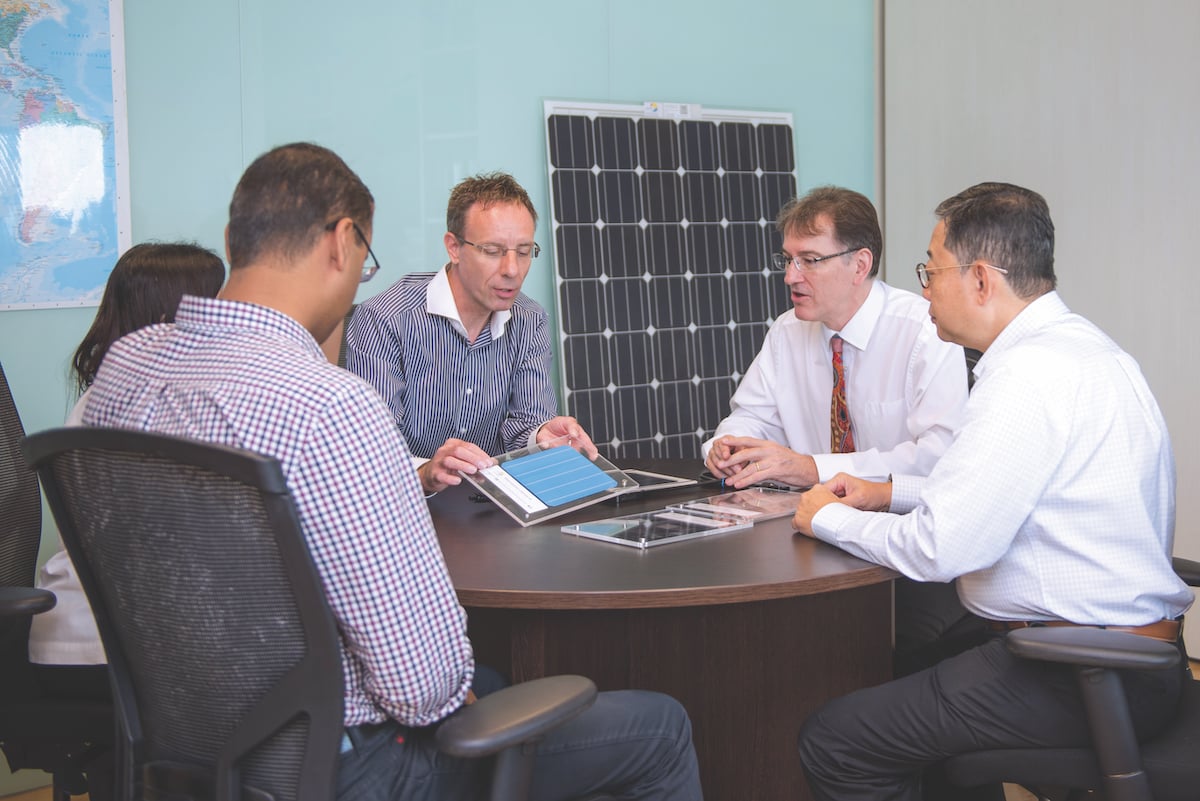 Battery solutions and smart grid systems will be imperative if solar is to completely replace the other energy sources the world relies on today. Scientists like Armin also need to figure out how to make solar cells as efficient as possible.

They’ve come a long way over the past couple of decades but there’s still room for improvement. “Research tells us there is a lot of room at the top,” says Armin. “If you give scientists enough time and funding, something will happen. That’s why we have computers and smartphones, and you’re now hearing about electric cars.”

“If you give scientists enough time and funding, something will happen.”

SERIS is paying particular attention to developing solar panels that can be used in urban environments like Singapore, Hong Kong, and Bangkok, which consume huge amounts of electricity. “We need to get solar into the city: to the buildings, waterways and freeways, all those things,” says Armin.

The organisation is widely regarded as a world leader when it comes to developing solar technology for tropical regions, which has proved problematic in the past due to the hot and humid conditions.

SERIS is working on various projects, including floating solar, which can be used on reservoirs and calm seas. It would appear there is a huge opportunity. The challenge is making solar cheap and efficient enough. “Compared with other renewables like biomass or geothermal, solar photovoltaic is coming down in cost faster than anything else,” says Armin.

“By 2050, it will be the cheapest electricity on the planet. It’s clear that solar and wind power will be the energy future.” The only thing that can get in the way is politics and self-serving oligarchs. But there’s a lot at stake here, so hopefully Armin and the rest of the solar industry will prevail.