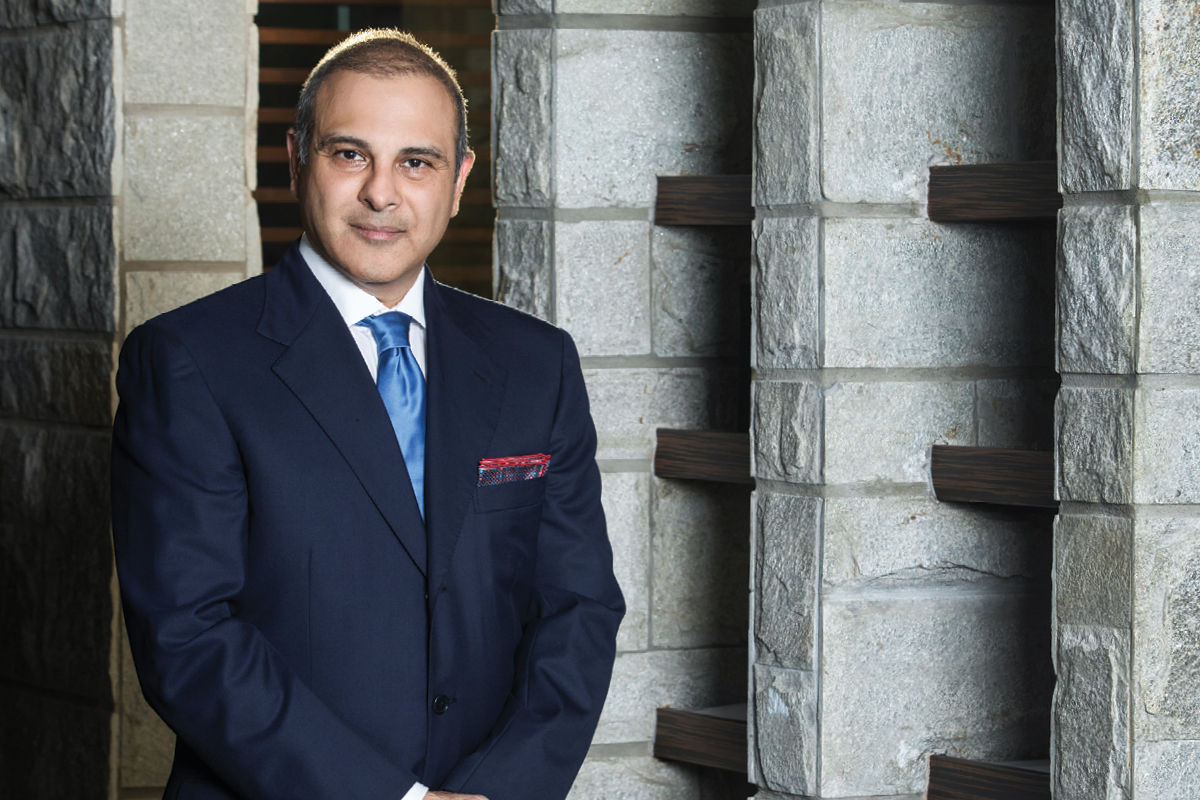 Byco Petroleum is now the largest oil refinery in Pakistan and its CEO, Amir Abbassciy, has been there for each step of its journey to prominence. Starting out in the family shipping business, he took on the challenge of tackling a new industry.

As a co-founder of Byco, Amir looked at a range of refinery sizes with the view to acquiring one. After an extensive scoping process, Byco found a suitable refinery to be set up, 45 kilometres west of Karachi, Pakistan’s major port and capital of commerce.

Byco’s first refinery began operations in 2004. It took two years to transport the refinery and a further three to reassemble and recalibrate the plant. “It was a small refinery back then,” Amir recalls. “At that time, it was doing 17,000 to 18,000 barrels a day.” By 2007, through a major revamp, Byco expanded the capacity to 30,000 barrels and then to 35,000 one year later.

Not long after the first refinery was started, Byco was hoping to take advantage of the economies of scale and expand its refinery operations. The company decided there was sufficient demand in Pakistan for a much larger refinery as well as a petrochemical complex to augment its business with the help of an internationally renowned process consultant.

Eventually, a refinery with a production capacity of 120,000 barrels per day and an aromatics-based petrochemical complex were chosen to augment existing production at Byco’s 1,000-acre Mouza Kund site in Balochistan. It then took five years to set up the plant. 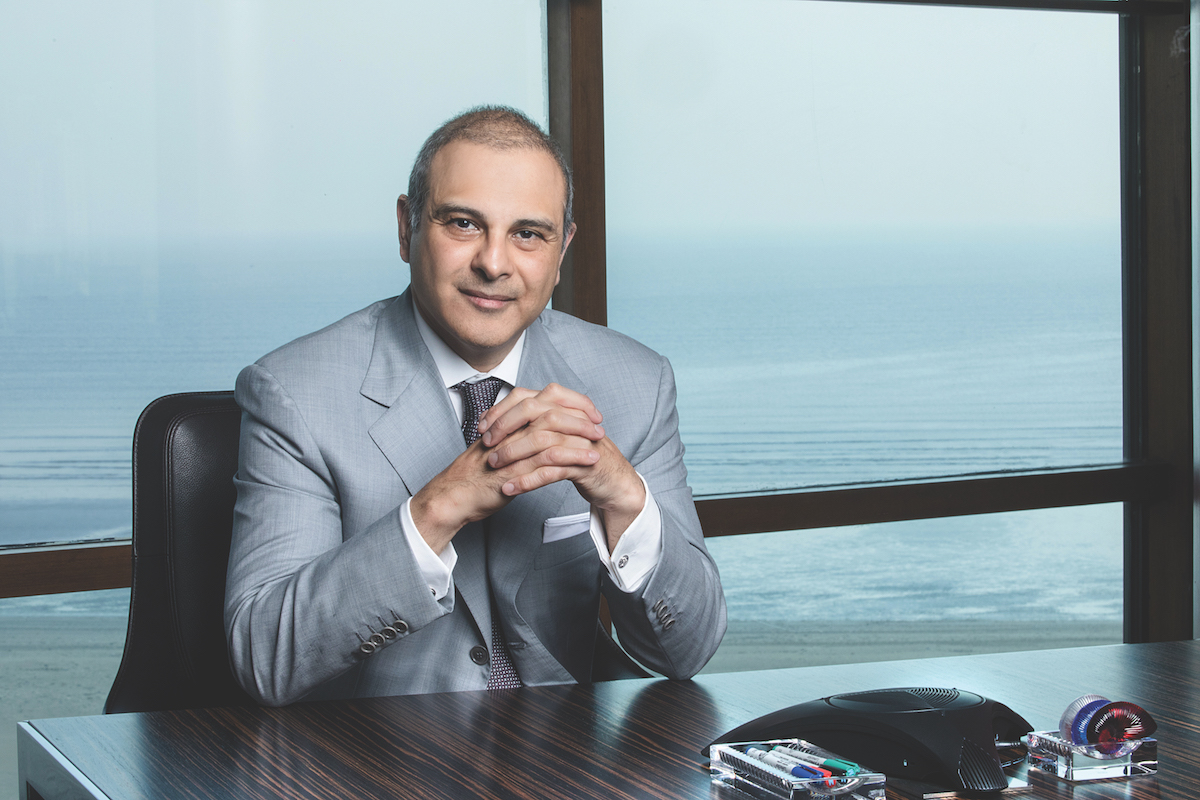 Byco’s expansion plans led its management to determine that transport congestion at the two ports of Karachi and Qasim would impede the company’s growth. “These ports hadn’t grown to keep pace with the country’s demand,” Amir explains. “We were in the process of significantly increasing our capacity, as well as establishing a petrochemical complex, so we felt the need to set up our own port facilities.”

Refusing to be bound by the constraints of existing port infrastructure, Byco displayed its innovative vision and established an off-shore floating liquid port known as a single-point mooring (SPM) facility. The floating port was the first of its kind in Pakistan. Amir says this gave Byco a significant competitive advantage.

“With other refineries, there can be operational hiccups when a shipment comes in; you might have the cargo vessel standing outside for 15 to 20 days at a stretch. When you come to our facility, however, it’s a 24/7 operation. The suppliers will have a slot allotted to them so they can come with a much larger vessel and the shipment goes straight into the refinery storage tanks. They benefit from a much faster turnaround and thus a lower cost.”

Located 12 kilometres offshore, the deep-sea SPM is closer to the main Middle Eastern ports, saving each regional ship 100 nautical miles on each voyage. It has also allowed Byco to accommodate larger vessels. In 2017, Byco was able to take delivery of a shipment of 102,000 tonnes of crude oil – Pakistan’s largest oil delivery to date. The SPM can handle more than 12 million tonnes of product each year and its capacity outstrips Port Qasim.

“Other ports are restricted to vessels carrying 60–65,000 tonnes. Byco has facilities to discharge up to 150,000 tonnes of cargo and we are expanding that to around 250,000 tonnes. The supplier companies either have their own shipping fleet or chartered vessels.”

Byco affords no dead freight penalties on vessels reporting at its SPM since it is geared up to receive the vessels’ full load. This makes Byco the most cost-effective player among Pakistan’s refineries. “The cost of transport is much lower for us than for our competitors, because suppliers bring in much larger parcels, so they prefer us. This is a result of our investments in our own infrastructure.”

Constructing its own port is only one part of Byco’s efforts to achieve vertical integration. In 2007, Byco launched its own marketing arm called the Petroleum Marketing Business. As a result, its nationwide network of petrol stations across Pakistan has grown quickly, with nearly 320 retail stations in each province. Its retail and marketing arms are part of Byco’s strategy of offering a more comprehensive petroleum service than its competitors. “We have, in one entity, the infrastructure, port facilities, refineries, and marketing set-up. So it’s a more complex business than a single-tiered one.”

The company’s safety-first mentality also sets it apart from its competitors. “We rolled out safety protocols in all of Byco’s refineries, storage terminals, and retail networks. I believe we are the only company in our industry, and in Pakistan, to have introduced such safety protocols across the board.”

“We will be looking at further expansion to the refinery itself,” Amir confirms. “That will be similar in size to what we already have; an additional refining capacity of somewhere between 30,000–150,000 barrels. We will also be expanding our range of products including multi-grade gasoline for the local market.” 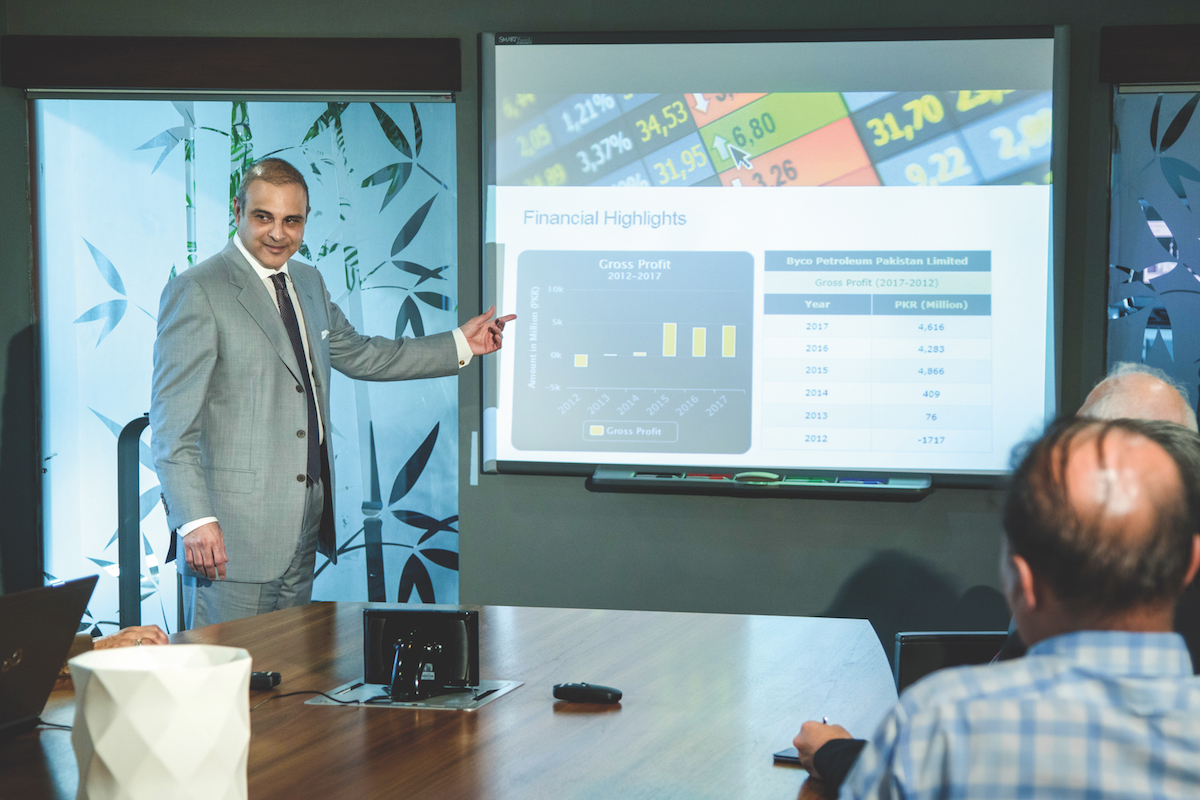 Byco also plans to expand its retail network, aiming to add 50 retail sites each year. “We want to expand the refinery footprint by establishing more fuel product storage terminals. In addition to the two already operating, four more are under construction or in the project phase. Besides these, we plan to add another three to four across Pakistan to help manage retail stock.”

Amir recognises renewable energy will one day eclipse fossil fuels as the primary energy source. Byco has its own power generation infrastructure and a reverse osmosis system that generates usable water from seawater. This allows it to be largely self-sufficient in water and power. “The world is shifting and we are cognisant of this.” Byco is doing some long-term planning around diversifying into alternative forms of energy production. “But that’s just on the drawing board right now.”

He adds that expansion into new forms of energy will come with further environmental and regulatory challenges, although Byco is well placed to meet these requirements. “Byco does not want to simply comply with local regulations, we want to be ahead of the environmental requirements to futureproof our investments.” To this end, Byco is in the process of putting up a diesel hydrodesulfurisation (DHDS) plant to produce low-sulfur diesel, a task requiring a nine-figure investment, for environmental purposes.

Byco does not want to simply comply with local regulations, we want to be ahead of the environmental requirements to futureproof our investments.

Supply and demand will also dictate Byco’s next move. “The demand for low-value furnace oil is diminishing. Byco will be investing in upgrading its furnace oil into value-added products, such as diesel and gasoline, for which Pakistan is a captive market. That is part of our larger expansion plan.”

Amir believes the country’s per capita oil usage rates, currently among the lowest in the world, should
rise. “It’s still a developing country, so we have to go through growing pains and equip ourselves to weather the political storm. As the middle-tier of the population rises economically, we will see more demand for oil products. Other investments are also coming in, and demand is going up. It’s clocking in at close to 10 per cent on a year-on-year basis.”

Fortunately, Byco has had excellent service providers for its operations. A crucial part of managing Byco’s SPM requires reliable tug and marine services, and other partnerships. Amir says an ability to compete aggressively on price is paramount.

“Like every refinery, we tend to pick the crude oil that best suits the refinery configuration and is the most economically viable,” he explains. “We are dealing directly with large entities, especially government-owned oil companies and top-tier oil trading companies. Oil sellers tend to prefer working with refineries as well as with traders because of the volatility in our business.”

Byco has come a long way since its inception 14 years ago. Amir’s innovative leadership was prescient in foreseeing the way the company would grow. His master plan is still running on course despite setbacks and challenges.

As these figures suggest, Byco Petroleum has already become a success story. Having taken control by building its own infrastructure and supply chain, it continues to carefully consider its long-term moves
and wade strongly into the future. 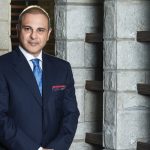