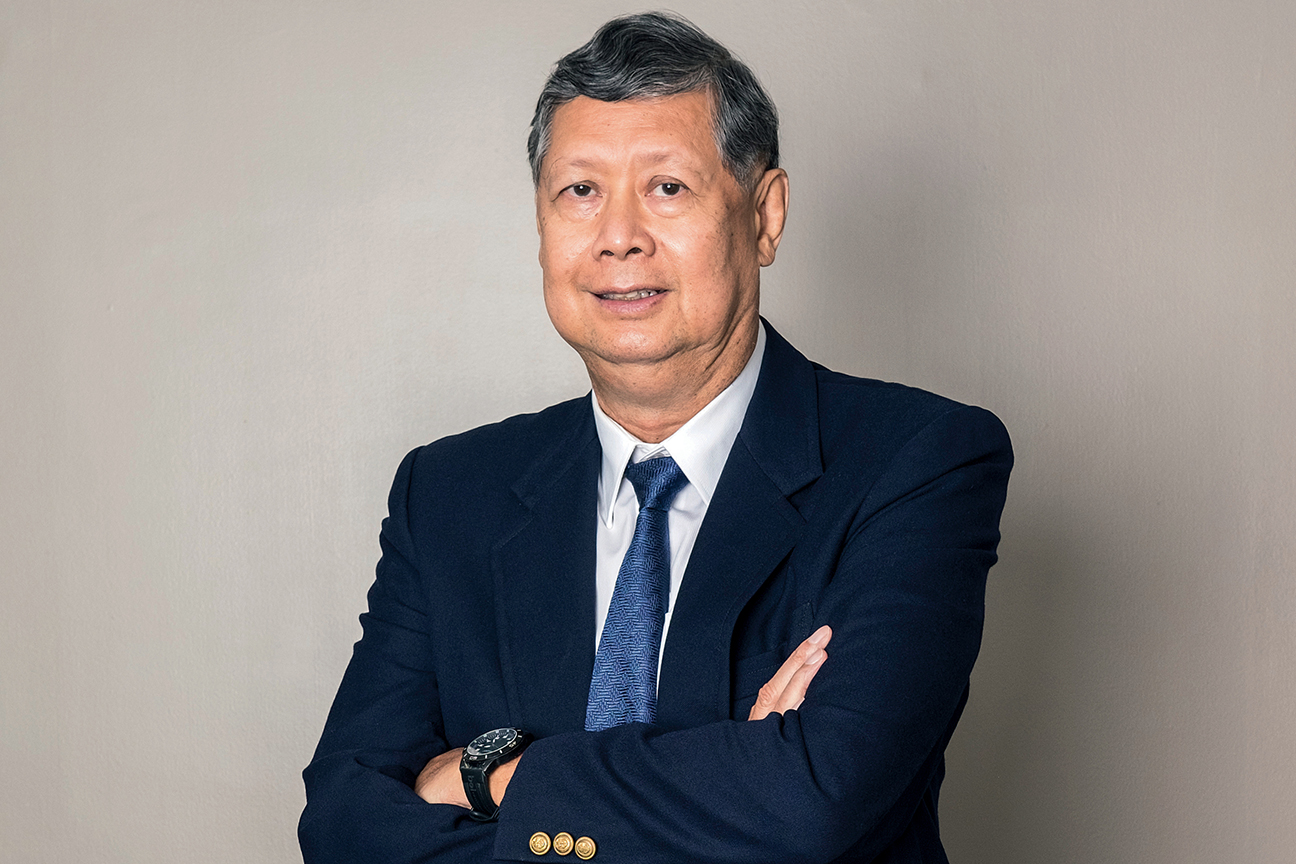 The water business is a long game. To dispense the element that brings life means long-term investments in infrastructure, capital and people power; a strong cash flow is crucial to make the taps flow.

And that’s just in developed countries. In the developing world, where resources aren’t guaranteed, governments must work closely with private utility companies that have the financial muscle to provide the populace with the bare necessities such as electricity, waste management and water.

In Tito’s estimation, this is more than just an essential service: Balibago provides a lifeline. “There’s a very high social dimension to what we do. I think we’re extending a lifeline to marginalised society.”

The National Water Resources Board of the Philippines agrees; in 2018, it dubbed Balibago the nation’s largest and most efficient private provincial waterworks system. It is a reputation that grew from a trickle to a torrent over 60 years of operation.

Established in 1958 to service a 900-hectare area at Angeles City, the company was awarded its first government franchise after only five years of operation. “In developing nations where the government is unable to provide a basic water supply, private organisations have been allowed to come in and handle the situation,” Tito explains.

“This is where we’ve found a niche. Civilisations need water – will always need water – so in places like this, it’s more feasible for private companies to make the required investments in infrastructure, the kind of capex project that will bring about the right volume and quality of water.”

And that, he adds, demands long-term strategies. “Before 2010, our entire water supply came from groundwater or deep wells, but that year we implemented a strategy of harnessing surface water – so rivers, lagoons, lakes, springs,” Tito says.

This business is really social entrepreneurship. There’s a very high social dimension to what we do.

“It’s only in the last three years we’ve been able to build the big water treatment plants necessary to make surface water feasible. So our direction now is to take on similar water supply options that require that sort of long-term investment.”

At least, that was the way until the COVID-19 pandemic hit, driving the Philippines into total lockdown in March 2020. Although water was deemed an essential service, Balibago was reduced to a skeleton crew.

“The most challenging part was we were not allowed to collect revenues because our collectors weren’t allowed to go out,” Tito recalls. “That definitely put a squeeze on our cash flow.” The company was also prevented from disconnecting those who hadn’t paid their bills. “We saw consumption grow because people didn’t really care,” he says.

“They just consumed water because we weren’t cutting people off. There was a recklessness to it. Those were challenging times.” By September, things had begun to normalise. “From March to December we were on low gear, working with a half-strength workforce,” Tito remembers.

“But, gradually, things returned to normal. We didn’t go into full blast until January of this year, but even then, for the majority of the country, things are still far from normal. We’re still in what we call a general quarantine situation. Restaurants can only entertain 50% of their capacity and cinemas, theme parks and amusement centres are still closed.” 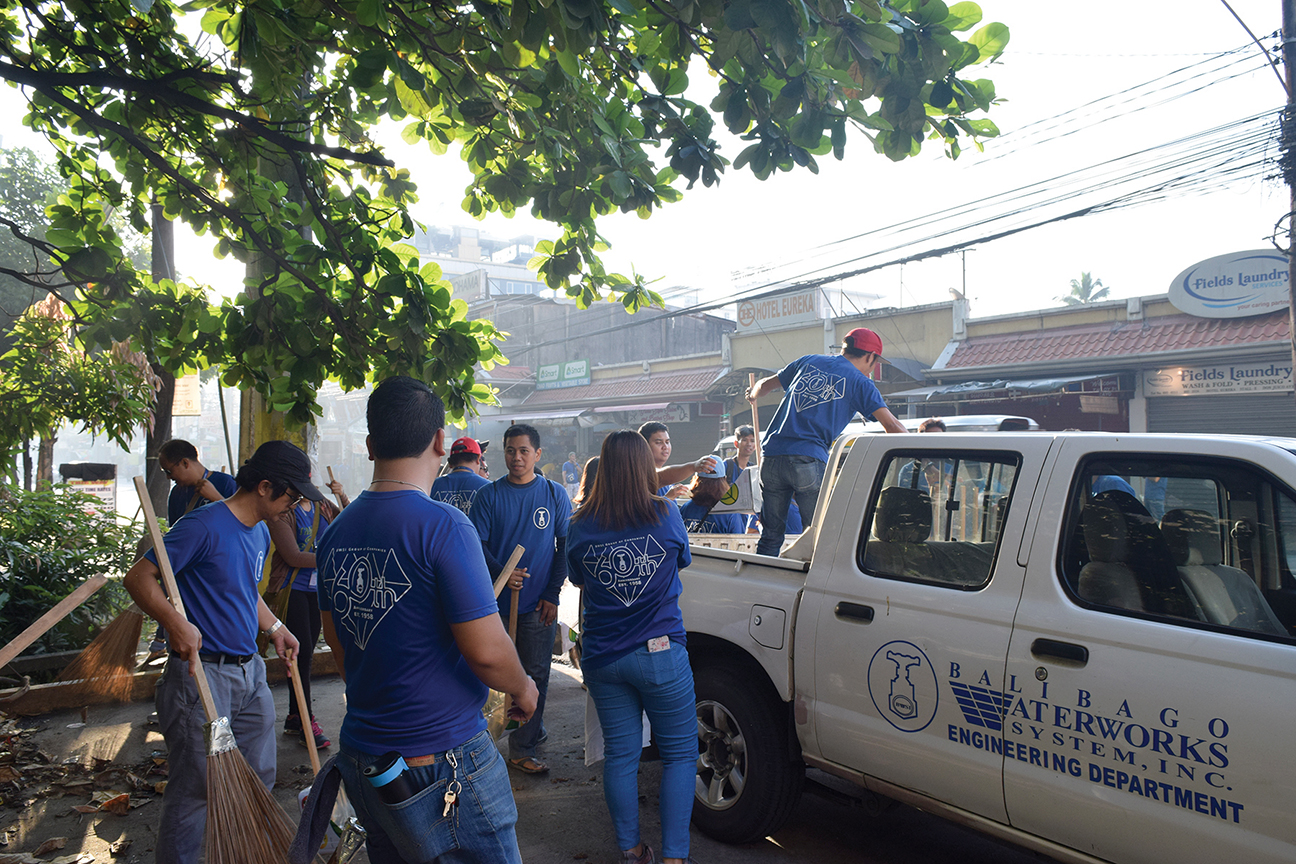 As a result, Balibago has experienced a 50% drop in commercial revenue. “Fortunately, it’s been partly balanced out by residential consumption, because people have been at home much more, but that hasn’t totally offset the commercial losses,” he says.

One of its biggest sources of revenue is the Panglao beach-side tourist centre in the province of Bohol. “It’s a famous beach both domestically and worldwide, it’s very popular with foreign tourists,” he says.

“For us it’s gone from a very profitable operation to losses, but as I said, these are things you just have to ride the crest of until things normalise.” From the vantage point of now, residential connections seem to be the future for Balibago. Continuing lockdowns mean increased water consumption in homes, a reality reflected in revenue.

“I was surprised to discover we actually signed up at least three new towns as franchises and we’re working on another,” Tito reveals. “And this is all done from home – the contract negotiations, memorandums of agreements, all from home. For me, that’s been one of the biggest operational changes.”

For a self-described hands-on President like Tito, the shift to working from home wasn’t easy. “The lockdown has meant I’ve had to learn to delegate much more,” he says. “But I realised you can be just as effective if you harness the managerial style of delegation.” What also helped was a strategy Tito implemented long ago.

“I’ve always wanted to make sure Balibago was ‘built to last’,” he insists. “I believe you have to institutionalise your organisation; it must have a life of its own. It must survive and flourish without the CEO having much of an impact or influence, and that was tested during the pandemic.” 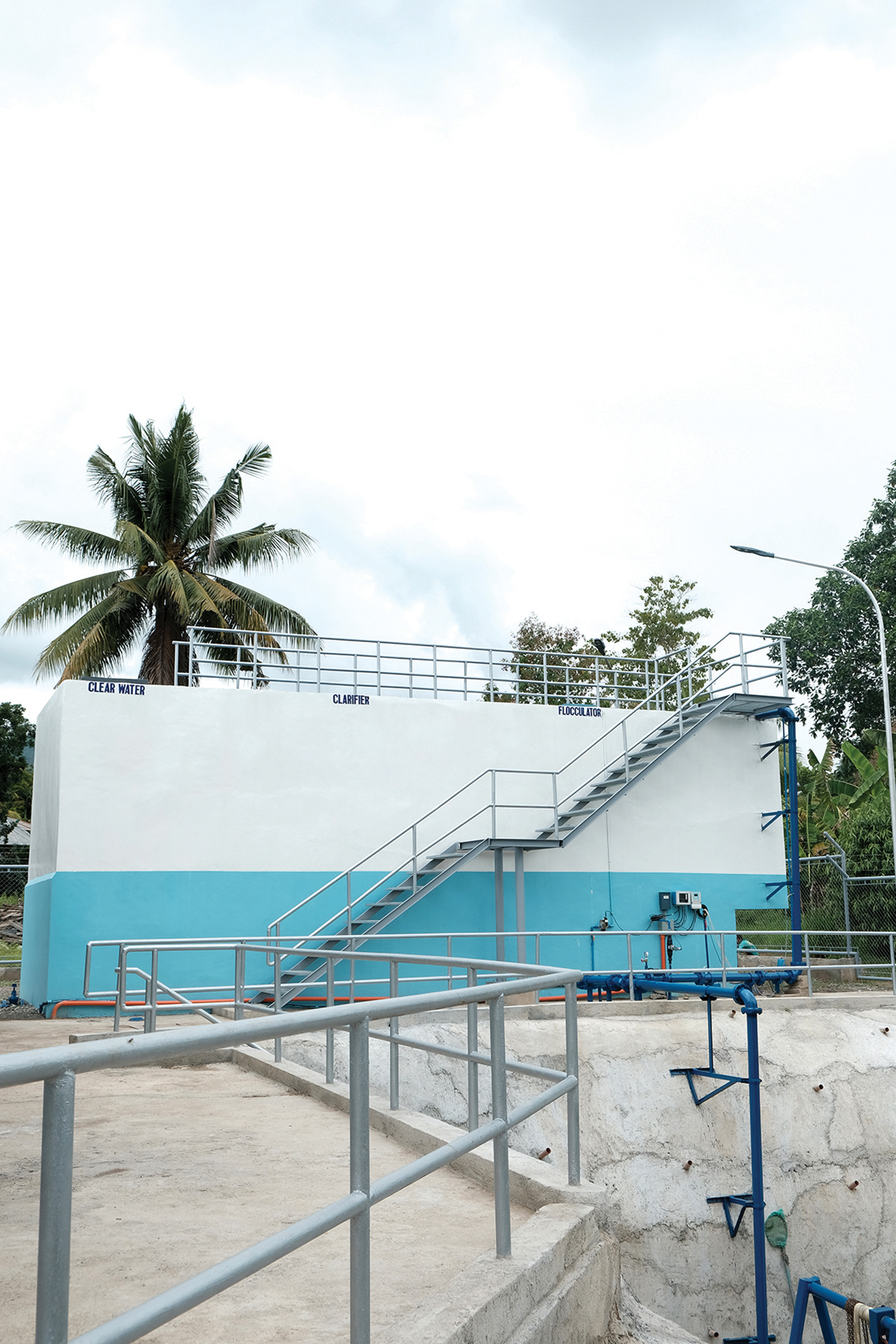 Compared to its larger competition in Metro Manila, Balibago’s smaller size gives the company an agility that allows it to act with an uncommon speed. “We’ve harnessed our core values – proactive, dynamic, conscientious and performancedriven – to be a part of our culture. These values help all of our staff to stay the path, so to speak,” Tito points out.

With Tito sidelined at home more often, this agility gave Balibago the ability to shift duties to its second-level executives, regional heads located around the country. “We believe our results will show that we’ve continued to grow our bottom line despite the situation. We can’t complain,” he smiles.

“We also got a rare chance to appreciate the efficiency of the management of the organisation. It tested our ‘built to last’ initiatives and aspirations, and I’m happy to say we passed the test.” The worldwide rollout of vaccines is turning the tide of COVID-19, but the Philippines continues to face unique challenges.

“The supply of potable water is number one. Two summers ago, Metro Manila suffered heavy losses of its supplies. There was rationing, there were temporary water cut-offs for everyone. If we suffer another drought, it’s going to be a big problem,” Tito says.

Fortunately, Balibago is accustomed to playing the long game. “By early 2000, we knew we had to continuously build new wells to survive. In 2020 alone, we built 28 wells in spite of the lockdown.”

With another 20 wells under construction, as well as its six water treatment plants to harness the country’s surface water, the company’s ability to throw Filipinos a lifeline seems truly built to last. “Balibago will outlive us,” Tito says. “That’s by design. It must, if it’s going to do what we need it to, and that’s what we’re working so hard to ensure.” 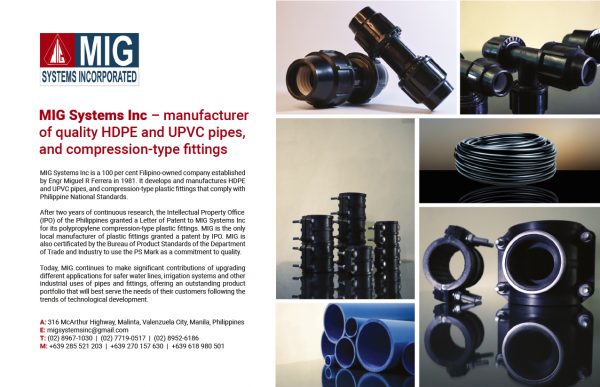