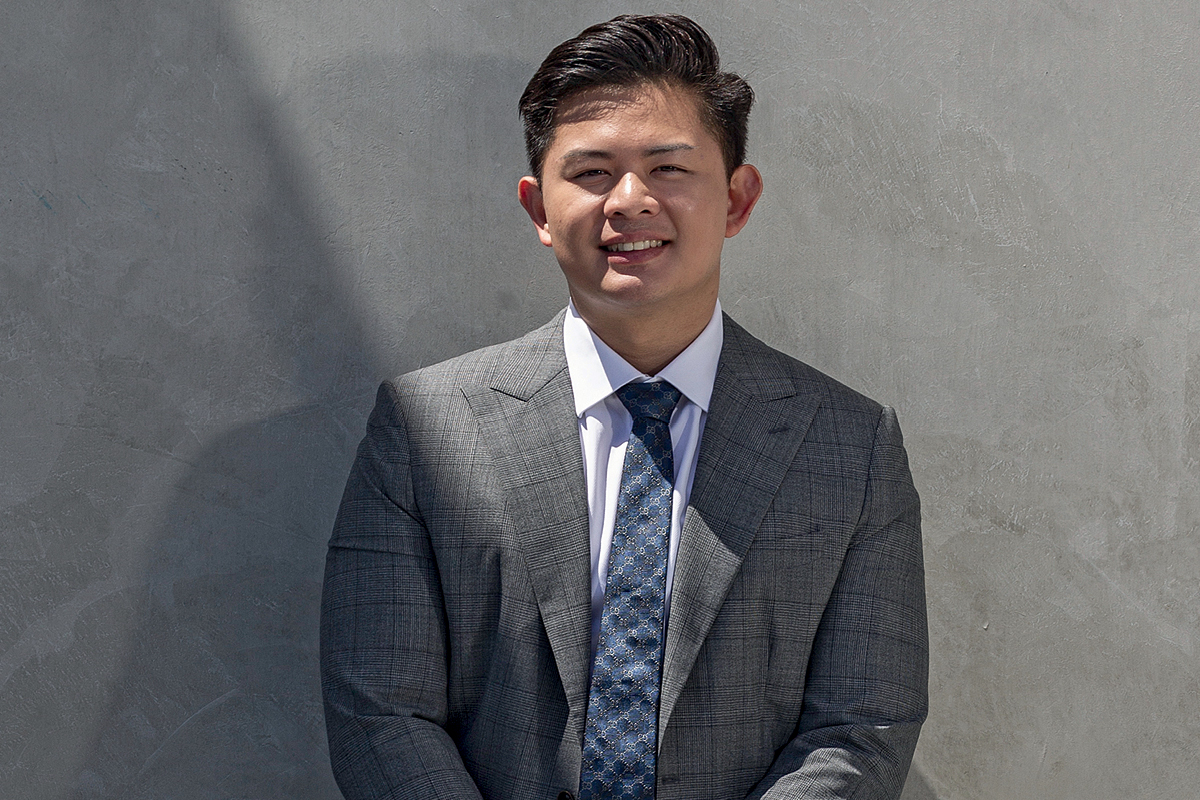 While flying planes around the world is an ultimate dream for an aviation graduate, hanging around waiting to be airborne is not. Which is why Heuson Bak had to consider other options after nailing his commercial pilot’s licence from the Western Australian Aviation College.

“It was right in the middle of the global financial crisis (GFC) when I finished training and all the airlines were laying off people. There just weren’t any opportunities around,” he explains. “It was a case of me waiting for up to 10 years to get back into space again or jumping in and finding a business.”

Heuson, admitting he’s a little impatient, chose not to wait. Now, little more than a decade later, the 33-year-old may not be in the air, but he is certainly flying high. He is Co-Founder and General Manager of Solar Naturally, a solar panel company that dominates Australia’s west coast, is making serious inroads on the east coast, and operates throughout six countries in Asia.

In 2018, boasting a revenue of A$33.07 million and a three-year average year-on-year growth of 54.4%, Solar Naturally was ranked 58 on The Australian Financial Review’s Fast 100 List of fastest-growing companies. Last year, Heuson himself was acknowledged when named a winner in the 2019 40under40 Awards, which recognise outstanding young business professionals in Western Australia.

“I guess I’m obsessed with entrepreneurship,” Heuson reflects. “I love seeing what happens in a business, how people make their magic. I look up to all the big names, like Richard Branson and Elon Musk, and am just amazed by what they do. That transfers across to me in some way and motivates me to go and do it myself.”

“I guess I’m obsessed with entrepreneurship.”

Heuson launched Solar Naturally in his hometown of Perth in 2008, Sydney in 2018 and Brisbane just last year. Taking on the big boys in Australia’s east was a bold move, but one Heuson is confident will eventually pay off, due largely to the different service his company offers.

“We’re already upsetting some of the bigger boys,” he laughs. “People are always looking for something different. Unlike most other companies, which contract all their work, we use our own installers and electricians who work directly for us.

“We want all our customers to look at us and say, ‘Wow!’ That’s where we can really differentiate ourselves from other companies. We receive a lot of comments from our customers telling us, ‘We never expected to receive such great service from a trade company,’ which is really great knowing we are tracking on the right path.

“We want all our customers to look at us and say, ‘Wow!’”

“All our staff and installers are trained very differently, because we know we have just one opportunity to wow our customers and we want to do that from the word go. Competition is rife, and there are many companies that undercut the market, but we maintain responsible pricing. It’s what is needed to do solar properly. People see our point of difference and that we run like a family business and treat them like family. So naturally we are the preferred company when people are choosing solar.” Heuson extends that personal relationship to suppliers – in particular One Stop Warehouse (OSW), which supplies solar energy equipment and welcomed Solar Naturally as one of its first customers.

“We’ve worked together for the past five or six years and I can always rely on the company to deliver great quality products. I like to be loyal to the people I work with and OSW’s CEO, Anson Zhang, is an excellent businessman with the same loyalty, mindset and mentality as mine.”

That mindset for Heuson is what drives him towards becoming the largest solar company in Australia. He’s pedantic about choosing the right people for his business, insisting they share his commitment to renewable energy, high growth and the will to win.

“I much prefer not to take people on just because I need someone in a particular role,” he explains.

“That means putting more hours into finding the right people to run the business correctly, but you have to have experts who are not only really good at what they do, but who have the same drive towards high growth as I do. Otherwise they’ll just come in, get paid, work nine to five and go home without caring about anything else. I’m very selective. The people I want to bring on board have to believe in my vision, which also helps them to be really goal driven. Your business is only as good as the people you have around you.”

Heuson says Australia, compared with other countries reliant on solar power, is still in its infancy, and in an ideal world he would like to see solar power mandatory for all new constructions, residential and commercial. “Australia still has a huge reliance on coal, plants and generators, which can’t simply be shut down and I get that,” he says.

“They have to be protected, but eventually solar will be the only way to go. I definitely believe in the industry. Look at all the devices we rely on – the use of power is only going to increase. I think the next wave will be solar battery storage, where batteries allow for any extra solar power generated to be stored for later use. People have been asking for them and we’ve been monitoring trends that show huge potential, locally and internationally. I’ve been pursuing this for the last year and want Solar Naturally to be first to introduce this battery wave on a big scale in Australia.”

New technology aside, what Heuson loves most about his job boils down to the simple thrill of helping people – from encouraging his staff to develop their own suggestions and discover solutions to reducing power bills for customers.

“Of course, ultimately we are all in the business to make money,” he concedes. “But you’ve got to be passionate about what you do. I get enormous satisfaction from seeing people saving money, maybe a couple of hundred grand a year, on power bills. That’s a huge difference in their profit margin and I love helping them achieve it.”