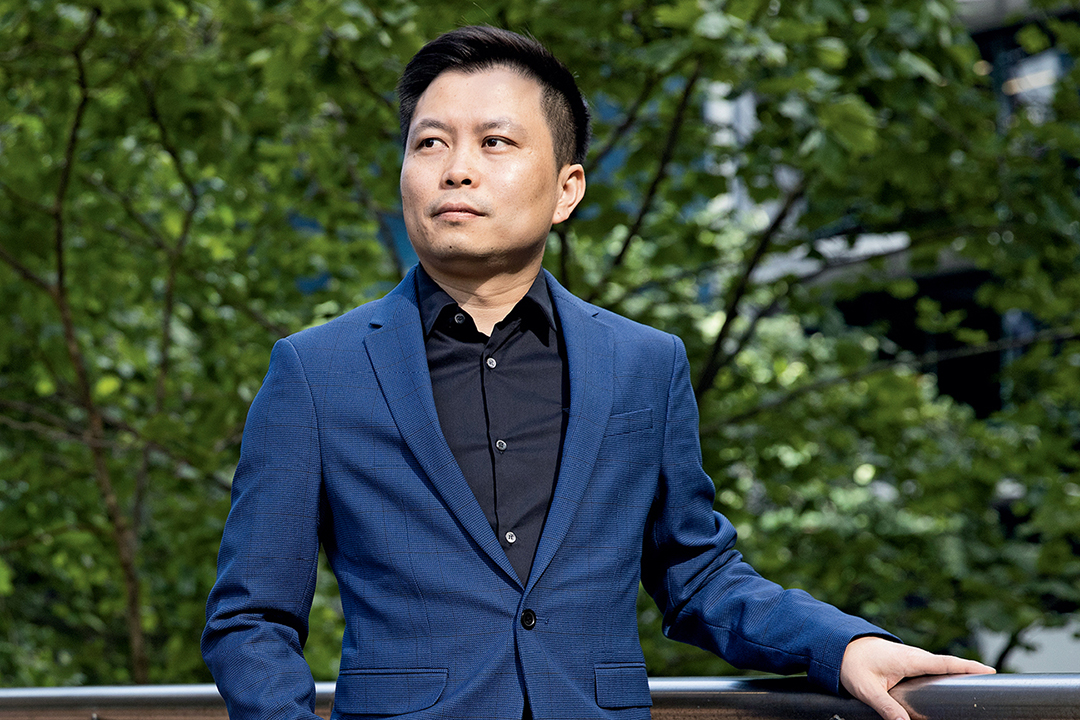 There were two things that struck Jeff Yu a decade ago when he arrived from China to work in Australia. Both things most Australians take for granted. The first was the huge expanse of blue sky. “It was one of the most beautiful things,” he remembers.

“And I’ve never tired of looking at it. It reminded me of when I was young and growing up in the remote countryside of China. We also used to look up at blue sky. Not so much today, of course; growing the economy has come at great cost.”

The second thing Jeff recognised as a new Australian was opportunity. He’d been transferred to Sydney as a software engineer working with multinational software company Red Hat and, after three years, in search of a new challenge, he co-founded One Stop Warehouse (OSW), Australia’s largest solar panel distributor.

By 2018, the company was listed on the Australian Financial Review’s Fast 100 list, ranked 24 among Australia’s fastestgrowing companies. Just a year later, Jeff was awarded runner-up COO of the Year at The CEO Magazine’s Executive of the Year Awards.

“To be able to come to a new country in 2010 and start a new business just three years later is so great,” he says. “Australia offers fairness. It’s so multicultural and gives enormous support both to domestic startups and for new people arriving.

“It was such a great compliment to win that COO award. Sometimes people don’t understand the life and the pressures of entrepreneurs. It can be really tough. I keep my award on my shelf to remind me to remain positive and that someone else has noticed.”

It’s also interesting to notice that Jeff refers to himself these days more as an ‘entrepreneur’ rather than a software engineer. Despite his years working in IT and his success in developing software, he’s clearly transitioned into a businessman, running not only OSW but also Discover Energy with his business partner and co-founder Anson Zhang.

Although Jeff admits he’s really not fussed by his official title of COO for both companies. “Having been involved in the launch of both these startups, I’m always joking that people can call me whatever title they want,” he laughs. “I just want to get things done.”

To be able to come to a new country in 2010 and start a new business just three years later is so great.

At the moment, with OSW established in every Australian state and easily exceeding its founders’ expectations, Jeff is focusing on expediting the adoption of solar and battery power by Australian households using cutting-edge technologies.

After “looking for something more” and spending a year in exhaustive research, Discover Energy was launched in 2019. Jeff admits he had no idea about retailing energy, all he knew was that something different had to be offered to Australian energy consumers.

Discover Energy’s mission became to help advance the revolution in smart sustainable energy in Australia with Jeff at the forefront, giving Australian consumers access to clean and green energy, household by household, one suburb at a time. His first challenge was to lead a team to develop software that sold stored energy back to the grid via a Virtual Power Plant (VPP).

“We are the first in Australia to have an energy trading app within our retailer portal. The app helps our customers to understand their own energy consumption plus empowers users to initiate a trade on any excess to make money.

They do it all in a very easy-to-use app,” Jeff explains. With a goal to reach 120,000 accounts over the next three years, Jeff says Discover Energy is off to a good start, having attracted around 5,000 so far – many of them are referrals from OSW’s installer and retailer partners.

Additional support came in October last year when Discover Energy announced VPP compatibility with GoodWe, an Australian leader in the research and manufacture of solar inverters and energy storage solutions. Surprisingly, however, Jeff admits his company’s profit is the least of his concerns.

“I used to think only about building a great product, but my mindset has changed completely,” he shares. “Profit is the last thing I’m looking at now. Instead, for me it’s all about empowering people, empowering them to make a difference. It’s also about my team, uniting and motivating them to share the same dream. I’ve learned so much by becoming an entrepreneur. I’ve discovered that Australians prefer to be inspired, rather than pushed. I’m grateful to have been given the chance to recognise this as it’s far more valuable than any financial benefits.”

Jeff has one more surprise to reveal. Every week, the father of two living on Sydney’s North Shore heads to Sydney Olympic Park to play basketball, with Discover Energy and OSW teams playing against each other.

“Yes, although I’m short, I’ve always loved basketball,” he laughs. “I have to say the kids playing are getting taller and taller too. Although it’s competitive, it’s also about the friendship and learning how to work within a team. That way we can change something for good.”