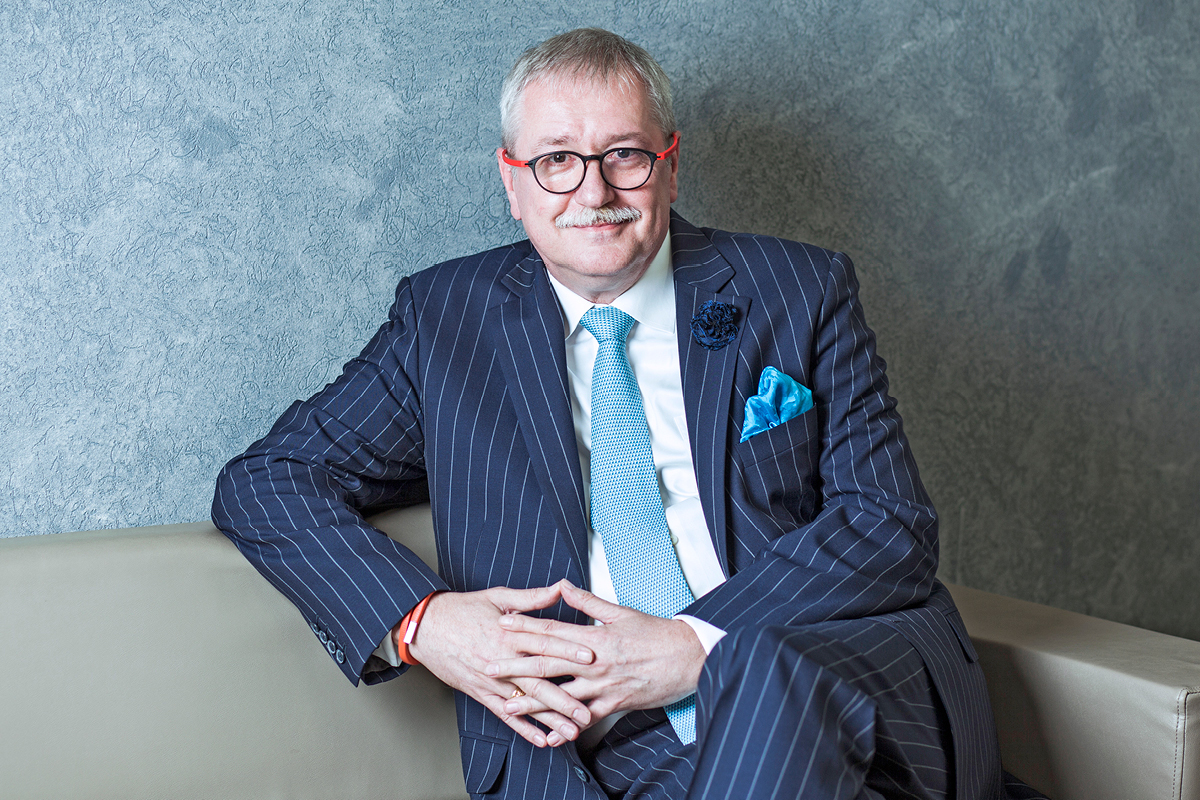 As a young electrical engineer, Josef M Ullmer had only just started out in his career when he was transferred to Singapore as the marketing and sales manager of ELIN Energieversorgung’s (ELIN) Far East Rep Office in 1986.

Little did he realise at the time, but more than three decades later he’d still be calling Asia home. In 2000, ELIN would merge with two other companies to form VA TECH Hydro – an organisation that, in 2006, would become part of the ANDRITZ Group and change its name to ANDRITZ Hydro GmbH (ANDRITZ Hydro).

Along his journey to the company C-suite, Josef has also become one of the industry’s most respected figures. Today, as ANDRITZ Hydro’s Regional Executive – South Asia, South-East Asia, Australia and New Zealand, he has bases in Jakarta and New Delhi, although it’s a role that always has him on the road.

During his time in the executive suite, Josef has overseen some of the region’s most significant hydro developments. A name synonymous with Austrian expertise in hydraulic power generation, ANDRITZ Hydro has supplied the turbines and generators for the Three Gorges Dam on the Yangtze River in China, the world’s largest hydropower plant; equipment for the 1,200MW Teesta Urja Hydro Power plant in India, the electromechanical equipment for the Sihwa tidal power plant in South Korea (also the world’s largest); and turbine generator units and electromechanical equipment for HPP Cirata, a hydropower plant in Indonesia. There have been many other landmark projects across Asia.

The company has more than 7,500 employees in 65 locations worldwide, and has installed a total of 31,000 turbines around the world; about 2,000 of these can be found in installations in the Asian region, for a total output of 85,000MW. ANDRITZ Hydro has a strong regional presence in Australia, China, India, Indonesia, Laos, Malaysia, Myanmar, New Zealand, the Philippines and Vietnam. Having spent part of his early career in what he refers to as the Export Office, Josef’s global perspective is one that is embedded. “As you can imagine, a group like ANDRITZ can only lead from the success it has in its export business,” he explains to The CEO Magazine. “There will always be a limit to the demand for our products in Austria.”

Yet the company’s heritage is also what Josef believes sets it apart in the market. “We come from a small country, which is neither politically or economically dominating, nor resource-rich. Despite this, there is a strong focus on excellence,” he explains. “Austria is at the roots of our technology, but we mix in a lot of local expertise.”

Part of its investment in the region includes state-of-the-art turbine and generator manufacturing plants in India and China. But more than this, he says, its unwillingness to compromise for a “quick win” offers a significant point of difference.

“We uphold very clear ethical compliance standards. It’s something that is ingrained in our culture,” he says. Also entrenched in company culture is the ongoing quest for innovation, improvements and change. “We don’t view change as a threat,” he explains. “Change is very much considered an opportunity to refresh and regenerate our base ideas as well as our products.”

“We uphold very clear ethical compliance standards. It’s something that is ingrained in our culture.”

Today, more than ever, his is an exciting region to be in charge of. It’s one that is constantly evolving and full of local nuances. As the population grows and brings with it increasing power requirements, the role of hydropower – to supply sustainable, secure and competitively priced electrical energy – cannot be understated.

The region (excluding China) still has a long way to go to fulfil its potential, however. Currently, 829,480GWh of power is generated from hydropower – the company believes a figure of 5,470,400GWh to be feasible. 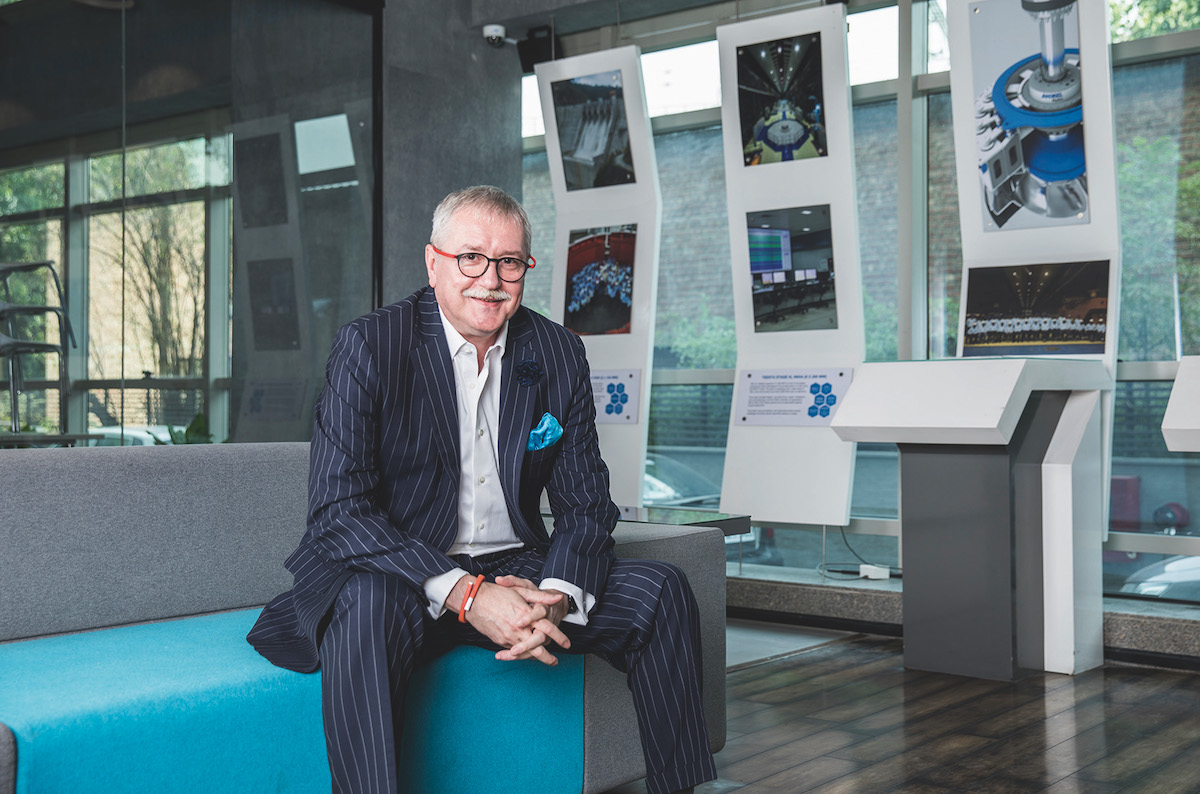 In particular, Josef names India and its unexploited reserves, as well as Malaysia, Nepal, Bhutan, Vietnam and Laos as promising countries in Asia. The hydropower possibilities offered by the Mekong River and its tributaries have led the company to state that Laos could become the “battery of South-East Asia”, adding that, as it stands, only 18% of its capacity has been tapped.

But finding the right balance between growing energy demands and unexploited hydro potential is a challenge, he cautions, especially considering the limited finances most countries in the region are able to commit. “Traditionally, the industry was government-driven and funded, with the support of multinational agencies,” Josef explains. “But today much of it is in private investment.”

Although many governments continue to incentivise investment in small hydro, he feels that bureaucracy can weigh down progress. He also sees scope for the local banking sector to offer more attractive long-term financing programs for hydro projects. “I believe that if we all want this industry to grow, we need to have aligned and transparent common goals,” he says.

“If we all want this industry to grow, we need to have aligned and transparent common goals.”

Josef also calls upon the world’s more developed hydro markets to share lessons already learned with their less developed counterparts, such as Asia. “The reality is that many changes now being undertaken in the region have already been reversed in Europe, for example. I really think that the local regulators could be warned a little about the pitfalls,” he says.

“The more developed markets have already studied the paths that could be used in Asia to leapfrog into a more beneficial model that would fit much better into the region’s development needs.”

As he reflects on his journey from marketing to the executive suite, he believes communication with the client and “the ability to deliver what was promised” have been at the core of his career.

In April 2019, Josef was awarded an honorary Doctor of Literature degree by Chitkara University, Punjab. “Mr Josef M Ullmer is a man of great integrity, dedication, significant achievements and remarkable humility, and has brought these qualities to his dynamic leadership to ANDRITZ Hydro, India. This award is recognition for (his) passion, unique vision and drive for innovation to bring sustainable alternative energy solutions to the energy crisis,” Dr Madhu Chitkara, the university’s Vice-Chancellor, commented in a statement to the press.

The honorary degree is not the first accolade he has achieved in his career. In 2001, he was awarded the ASEAN Development Citra Award for Best Practice Management of Joint Venture Companies in ASEAN. He is also a 2011 recipient of the Goldenes Verdienstabzeichen der Republik Österreich (Gold Merit Badge of the Republic of Austria).

Another key lesson he identifies is to treat suppliers like partners. “The classic term is supply chain management, but the definition we prefer to use is value chain,” he explains. “And in this value chain, the supplier has a very clear, defined role to fulfil. They have to work alongside us for the mid- to long-term so that we can really place our trust in them and predict their efforts. That’s something you can’t achieve in a traditional client-supplier role.”

How does he define success in his career? “The secret is that there is no secret,” he laughs. “Everything starts with spirit and hard work.” If he has learned anything from experience, however, it’s to not be afraid of keeping certain aspects of what he calls ‘the beginner’s mindset’.

“By that, I mean the ability to ask unusual questions,” he elaborates. But he also emphasises the importance of making every employee successful. “Only then, as a CEO, will you achieve your own success,” he concludes.