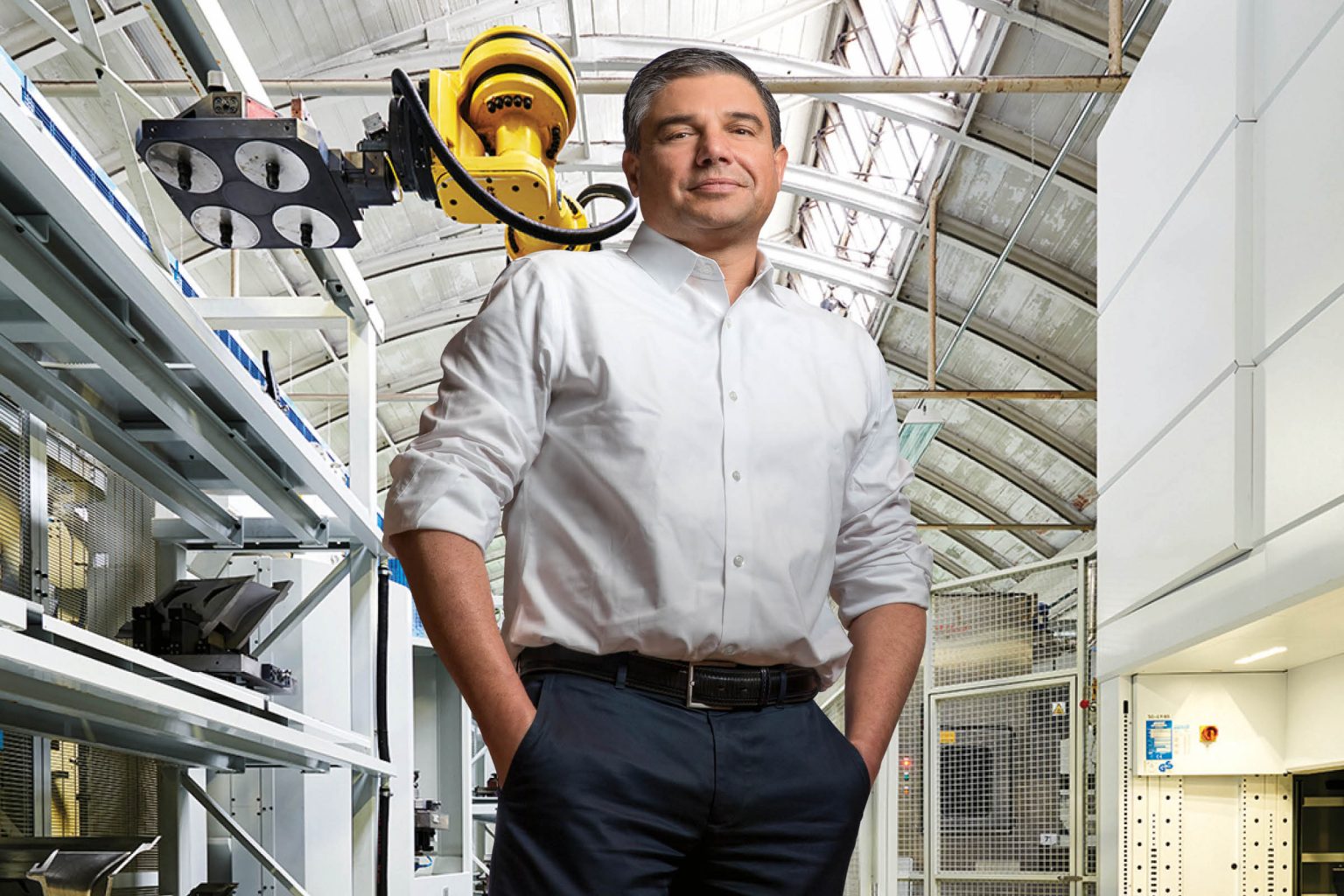 Lorenzo Simonelli took on his first global leadership role in 2008 working for General Electric’s transportation division in the US. The financial crisis hit shortly after he joined and he helped steer the business, which worked with heavy crates, locomotives and mining equipment, through troubled times. 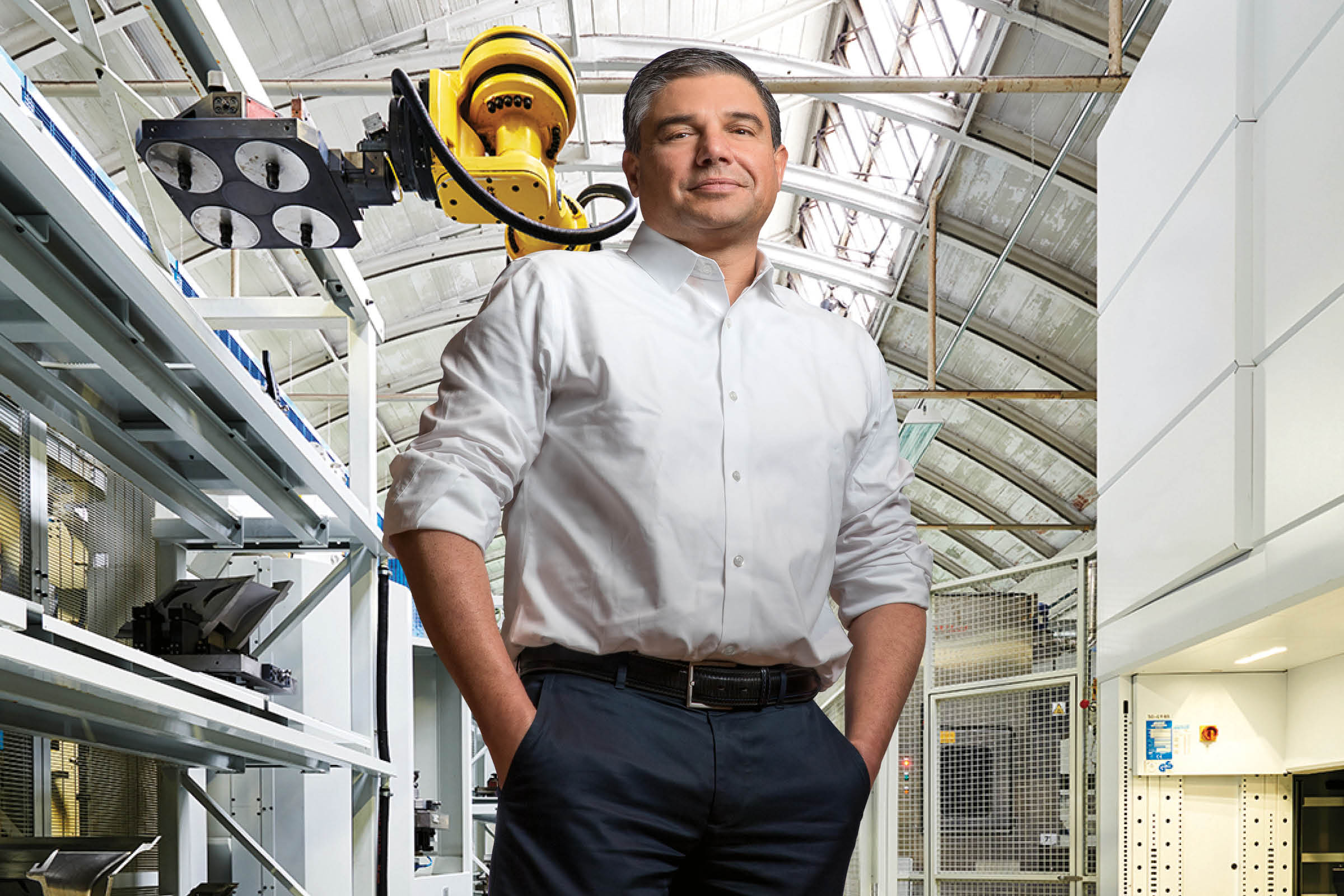 After years working to change the landscape of that business, he took up a role running GE Oil & Gas, which at the time was in the middle of an expansion phase. A year after Lorenzo joined, the energy sector hit tough times as oil prices plummeted.

“My timing is impeccable. I always seem to join and then there’s a downturn,” he laughs. But he soldiered on and led the company, which has now been merged into Baker Hughes, through that crisis too. For Lorenzo, facing those challenges has been a blessing in disguise.

“From a personal standpoint, I’ve been fortunate to work under great leaders, and also go through a number of cycles – be it the 2008 financial crisis, the oil and gas downturn, or the COVID-19 pandemic,” he reveals.

“What it’s taught me as a leader is to always be transparent when you communicate and be direct with the employee base, and be very clear with the stakeholders in general. Don’t shy away from the tough messages.” It has also taught Lorenzo to be comfortable navigating ambiguity and to be nimble and decisive.

You’ve got to be decisive because people want to see the direction of the company and where it’s headed.

“You’ve got to be decisive because people want to see the direction of the company and where it’s headed,” he adds. “You won’t get everything right, but if you’re batting an average of seven out of 10, that’s a good average.”

Baker Hughes operates in 120 countries with around 55,000 employees and has established an identity for itself as an energy technology company, designing and manufacturing products and services to help energy companies locate and drill oil and gas, both on and offshore. It also produces missioncritical equipment for these operations, as well as sophisticated digital solutions to give clients greater insights and control over their industrial assets. While Lorenzo was still with GE Oil & Gas, the company decided it needed to expand further into oil field services.

That led to a negotiation in 2016, where it was decided it would merge with Baker Hughes, a process that was completed in July 2017. At the centre of the Baker Hughes technologies is ensuring its customers and partners are working towards net-zero emissions. The company sees opportunity for growth in supporting clients to meet their sustainability targets.

“We enable customers to decarbonise their footprint. We enable the provision of clean, reliable, sustainable energy,” Lorenzo says. “Within our own strategic pillars, we have transformed the core to drive efficiencies, drive productivity and drive operational excellence.” 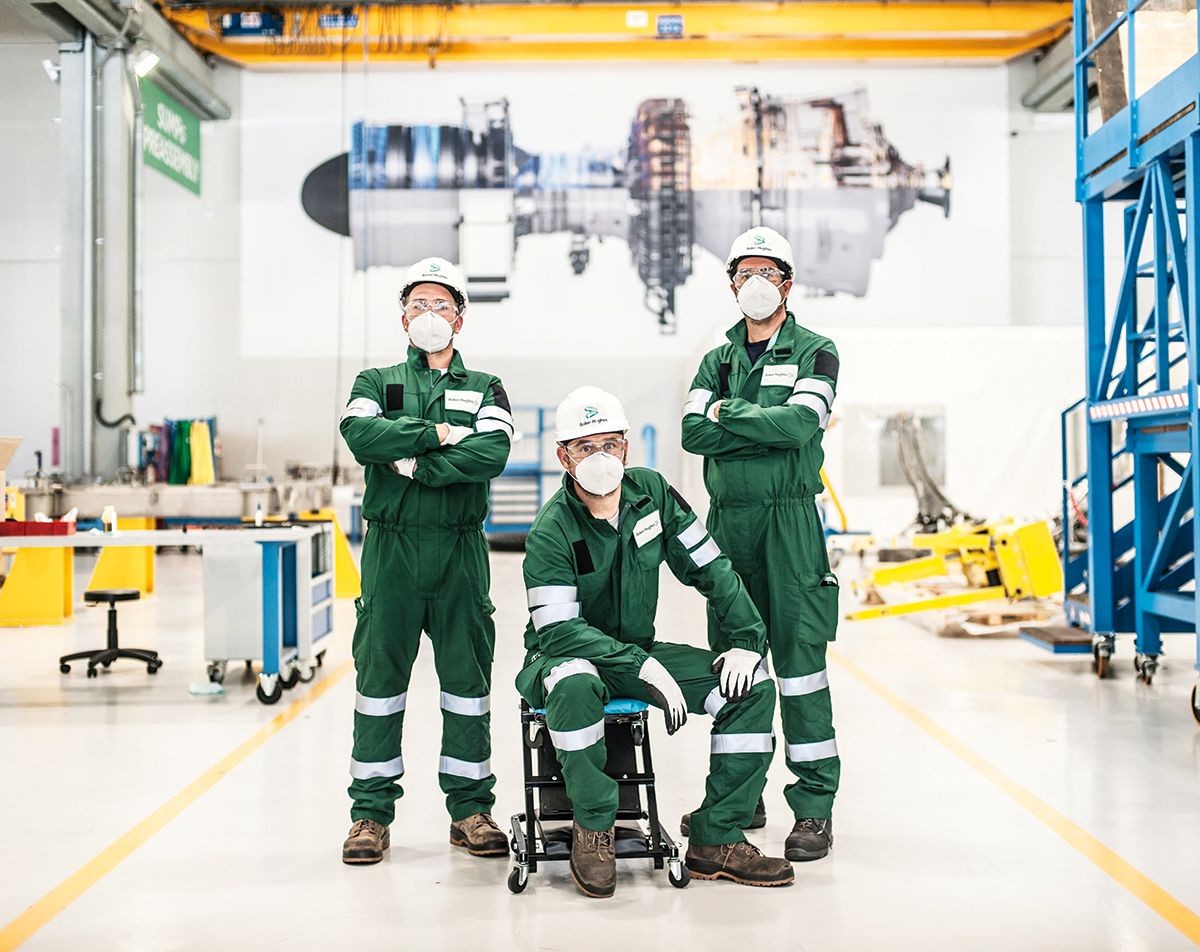 Baker Hughes is pursuing growth in several areas, including industrial gas turbines, non-metallic composites and chemicals. The company is investing in its existing capabilities to provide them to a broader base of customers who are looking to decarbonise. It is also exploring new offerings in carbon capture and sequestration and energy storage.

In an industry facing so much change, Lorenzo is keenly aware of the importance of staying nimble. “I think you often see companies that have faced disruption in their industry before and haven’t dealt with it,” he reflects.

How do we continue to build the agility and the corporate culture in the organisation to adapt and be agile?

“What I always think in the back of my head is, ‘OK, things are being disrupted in an industry where we know change is happening, so how do we continue to build the agility and the corporate culture in the organisation to adapt and be agile?’”

In a cyclical industry like energy, the strength of its partnerships is what enables Baker Hughes to weather difficult times. Lorenzo has committed to working on these relationships regardless of market conditions, to entering into long-term agreements and to being prepared to honour them even if external events make that tough.

“If you go through things in a feast-or-famine kind of way, your relationships are not going to be very good,” Lorenzo says. 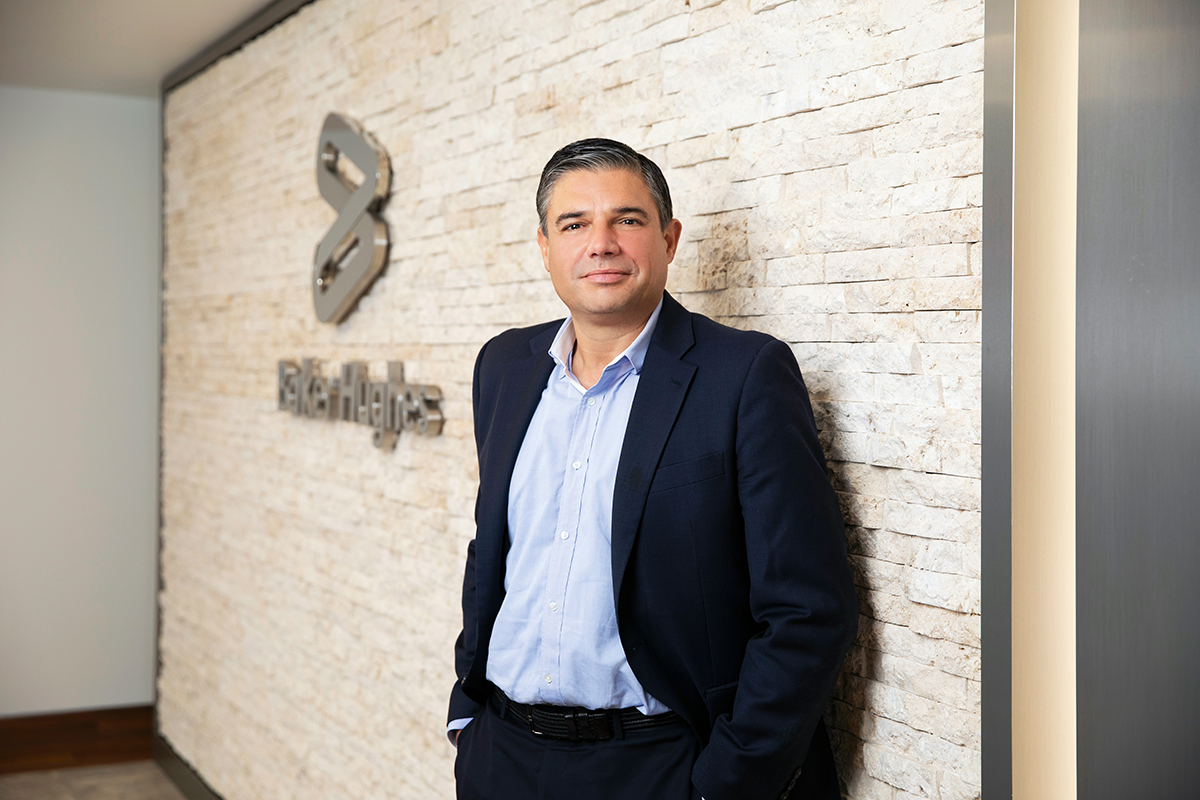 “What we’ve developed is an ongoing discussion and dialogue over the course of multiple years of the relationship – that’s how you become effective. Because the reality is we don’t control the external market. The market is dictated by multiple geopolitical and economic factors, and we’ve got to adjust. We have to make sure our supply chain is capable of adjusting with us, and that requires a tremendous amount of linkage and partnerships.”

The company is now working with the newly acquired entity to build up its capacity for providing carbon capture, utilisation and storage solutions, which its sees as integral to meeting climate goals of the Paris Agreement.

Baker Hughes also pursues partnerships in the realm of artificial intelligence, which enable technologies that can predict problems with a site and suggest preventative maintenance measures. “In an ecosystem, you have to build these partnerships,” Lorenzo insists. 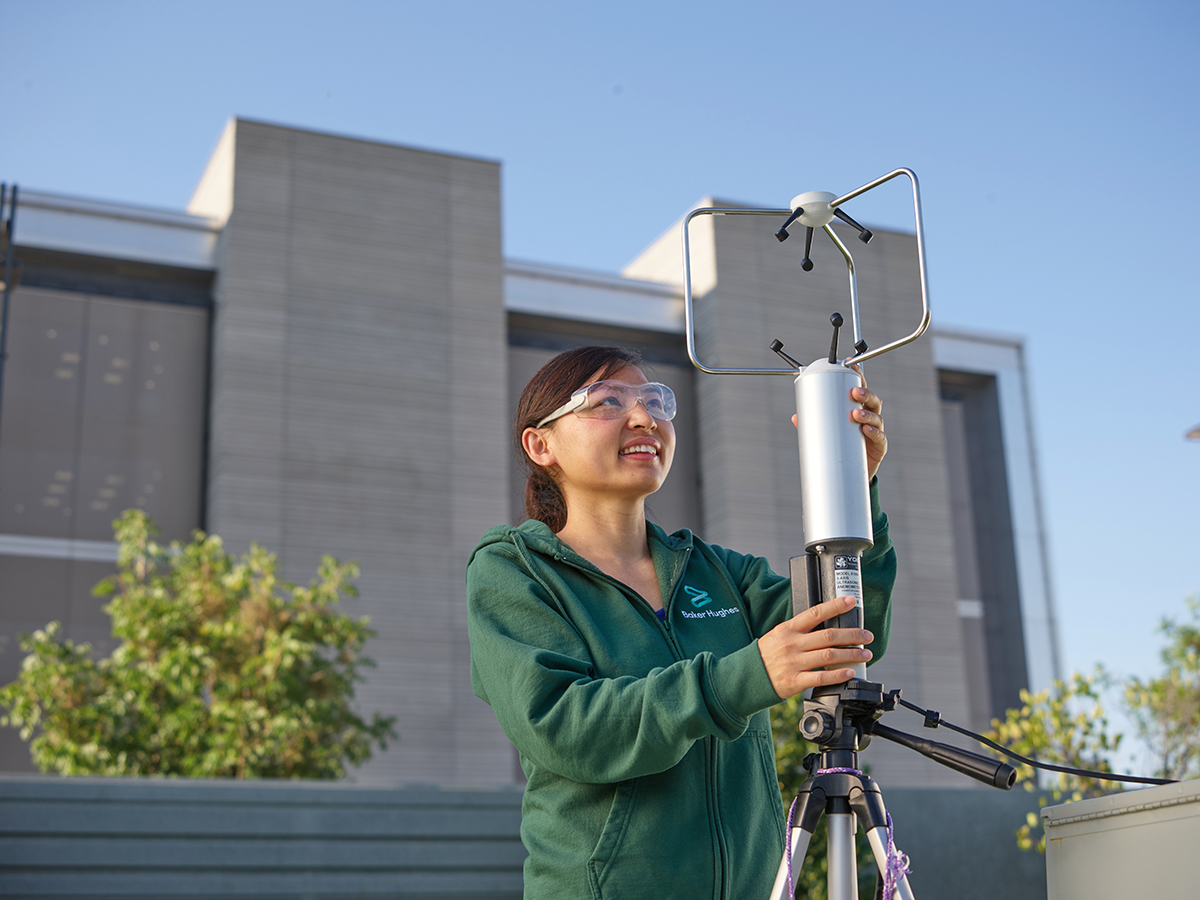 Improving company culture is something that Lorenzo sees as a continuous quest. “It’s important to always have the right behaviours being exhibited by the employee base,” he explains.

“If you ever think you’re done working on culture, then you are probably not going to be successful. The way we look at it, culture eats strategy for breakfast.” Having that discipline helps Baker Hughes maintain its focus on the key strength that sets it apart from its competitors: service excellence.

“At the end of the day, we are beholden to the customers and them being satisfied with us. As much as we talk about the end results, it starts and ends with the customer wanting to buy from us and wanting to partner with us and collaborate with us. So on-time delivery, cost and quality, the fulfilment side – these are key KPIs that we keep in front of employees and in front of ourselves. That’s what’s going to ensure the longevity of the relationship with the customers.”