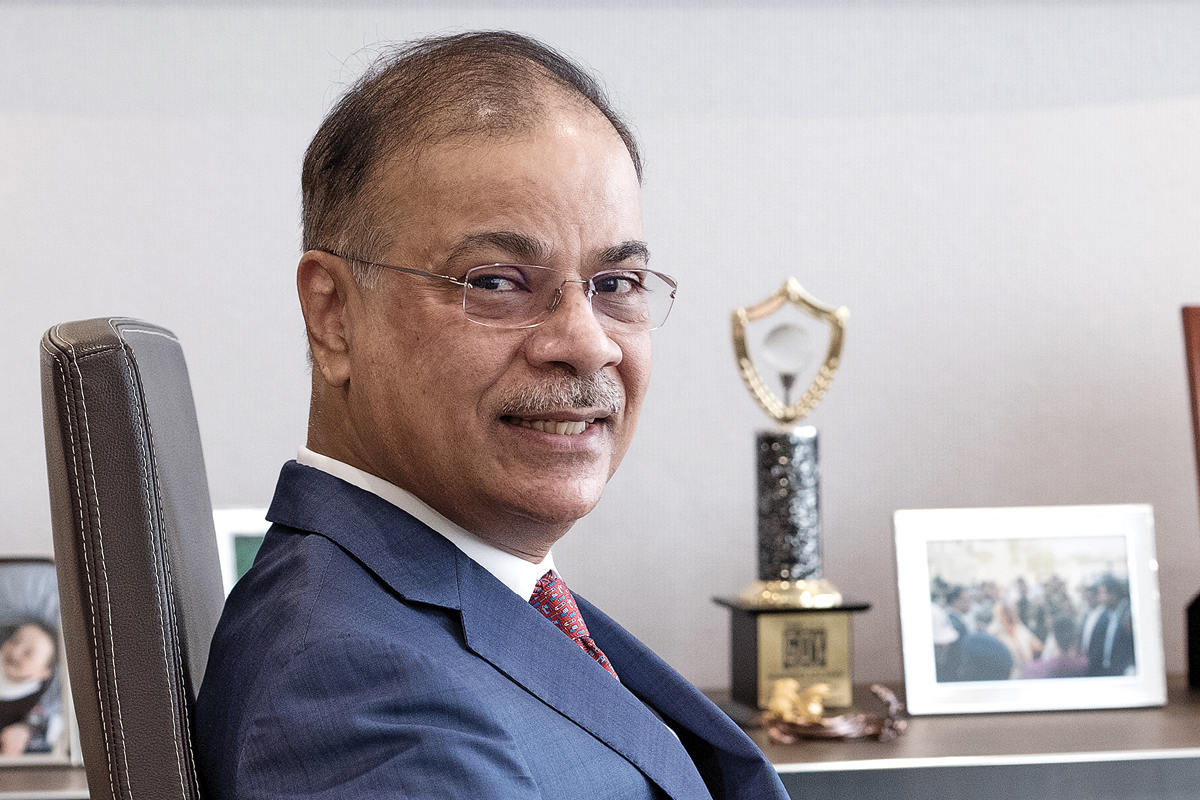 The world is changing faster than ever before. While some business leaders may find it challenging to keep up with the rapid technological developments, Summit Power International’s Founder and Chairman Muhammed Aziz Khan can barely contain his excitement as he contemplates what these changes could mean for mankind.

“It’s a fast-changing world, and it would be audacious to say what the future could be. We live in today, but we have to work for the future,” he says. “I would advise everyone to keep their horizons and their minds open to the future, to the very fast-evolving technologies that are coming up. Money is no longer money, it’s becoming bitcoin. Documents are becoming blockchain. This is an amazing time because we’re leapfrogging into a different civilisation. What people used to do in 100 years, they now do in 10 years. In this fast-changing world, a leader must be a wheel of change, which means they must learn faster, remain up-to-date and be fearless of change.”

“A leader must be a wheel of change, which means they must learn faster, remain up-to-date and be fearless of change.”

During the past four decades, Aziz has also led massive growth and developments in his own company. He established his business in Bangladesh in 1973, starting out importing chemicals and commodities. It was during this time that he became frustrated with Bangladesh’s shipping ports neither having an adequate nor reliable power supply.

“We found that we were paying huge demurrage to the shipping companies, which was very disturbing. So we approached the Bangladesh port authorities to set up a power plant so that the port would have 24/7 power to enable loading and unloading,” the founder of the country’s largest infrastructure conglomerate recalls. “While that did not come to fruition, as a consequence, the government had set up the Private Sector Power Generation Policy in 1996.”

“We started out with a 110-megawatt power plant in a joint venture with El Paso in the US and Finnish corporation Wärtsilä. We are now generating about 2,000 megawatts of electricity, and we have been part of the journey to provide electricity to nearly all the people in Bangladesh. Only about 25% of people had access to electricity in 1998, compared to 95% today.”

The biggest challenge about doing business in Bangladesh, Aziz says, is the lack of goodwill. “There’s a trust deficit between the whole world and Bangladesh,” he explains. “Most of the news that we see is of a negative nature, rather than the many positive things that are happening in Bangladesh. So, the biggest challenge, in my opinion, is to get over this deficit in goodwill to help us implement capital-intensive projects, which can go into billions of dollars.” 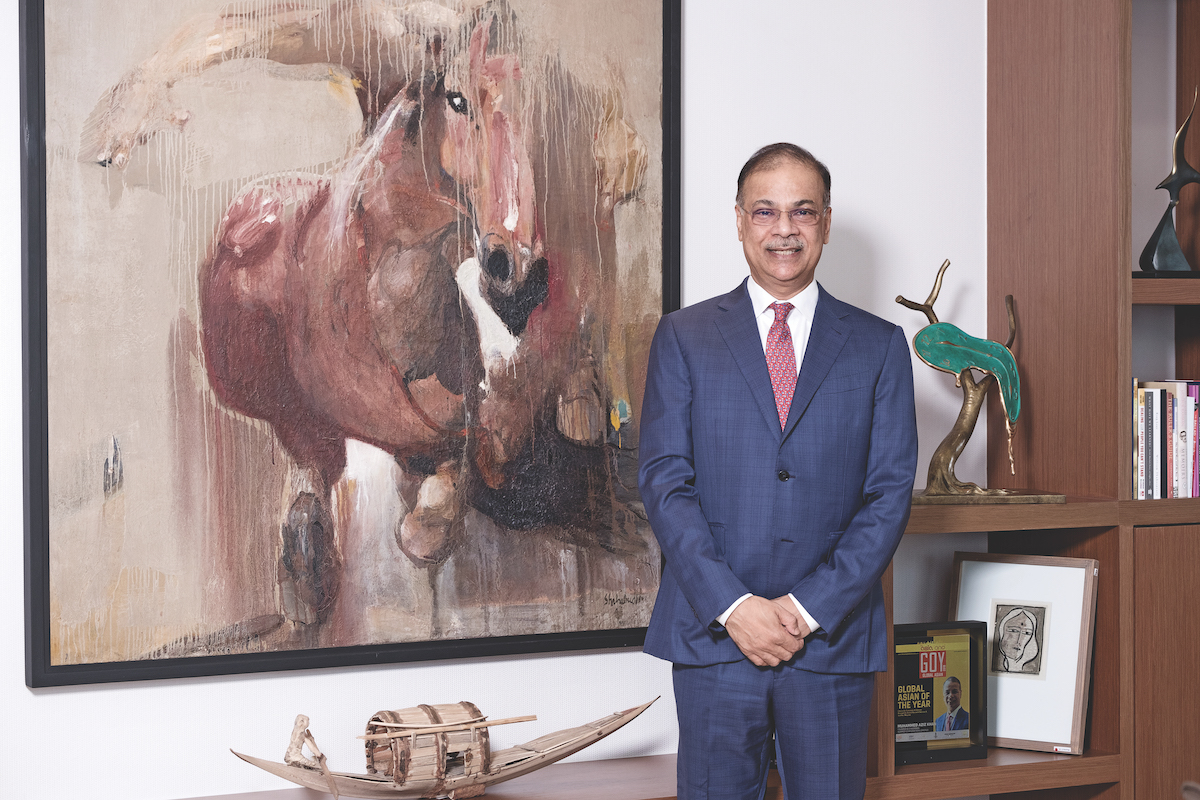 Another challenge is ensuring Summit Power International can continue to deliver cost-efficient energy. “We provide very important infrastructure for the country’s development, as well as for the support of industry and services,” Aziz notes.

“The Bangladesh Power Development Board (BPDB), which is our principal customer, has to be very satisfied that this uninterrupted electricity that is made available by Summit is at a low cost. This country can’t afford very expensive electricity. So that’s the challenge: how to provide primary energy; keep the costs low; provide quality electricity; and keep the customer – for example, BPDB, the people of Bangladesh and the government of Bangladesh – satisfied with our power supply.”

Summit has begun its operation of an LNG terminal in 2019 that uses a Floating Storage and Regasification Unit (FSRU) to supply much needed energy to Bangladesh. Japanese giant Mitsubishi Corporation has invested in a 25% stake in this terminal.

Aziz believes one of the reasons behind Summit Power International’s success is the close relationships it forms with its suppliers and offtakers. “I personally feel that this goodwill and this cooperative attitude towards each other is very important in every aspect, especially for large infrastructural projects,” he notes.

Under his leadership, Summit Power International also accepted US$330 million worth of investment from JERA of Japan – one of the world’s largest energy companies paving a way for Summit to access both funds and technology for its ongoing growth momentum. Now Summit counts JERA, Mitsubishi, IFC, GE and Wärtsilä among its longstanding partners.

A family man at heart, Aziz reveals the best decision he ever made was marrying his wife, Anjuman. Aziz couldn’t be prouder of his family, and says he gets a great deal of inspiration from even his young grandchildren. “Many, many people inspire me, but my grandchildren the most, as I see their resilience and desire to learn,” he smiles.

As Aziz reflects on his career, he says happiness is the best indicator of success. “It’s an overall quality of life that one has with family, society and the world. Happiness is the measure, yes, for that requires some amount of money as well,” he says. “I believe I am a loved and respected person, sometimes even admired; that is my greatest achievement.” 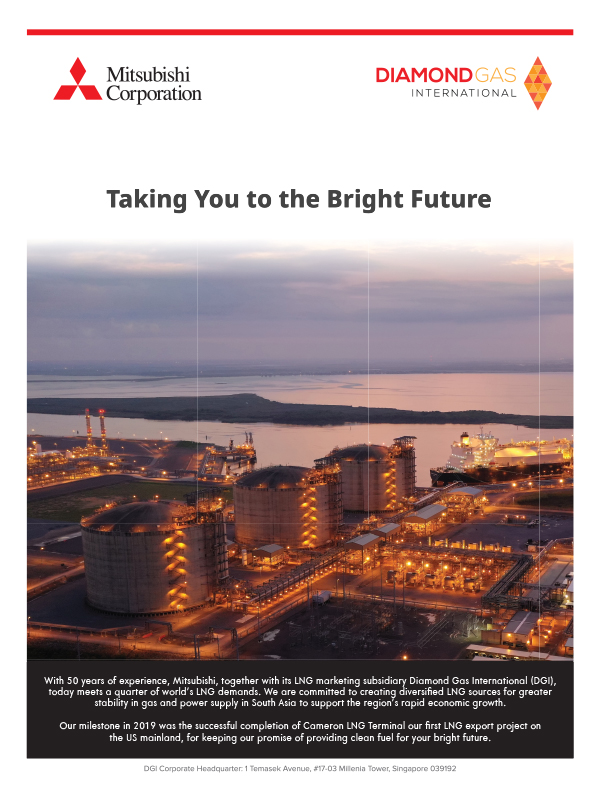