A steady transition to a new energy future: Paul Italiano 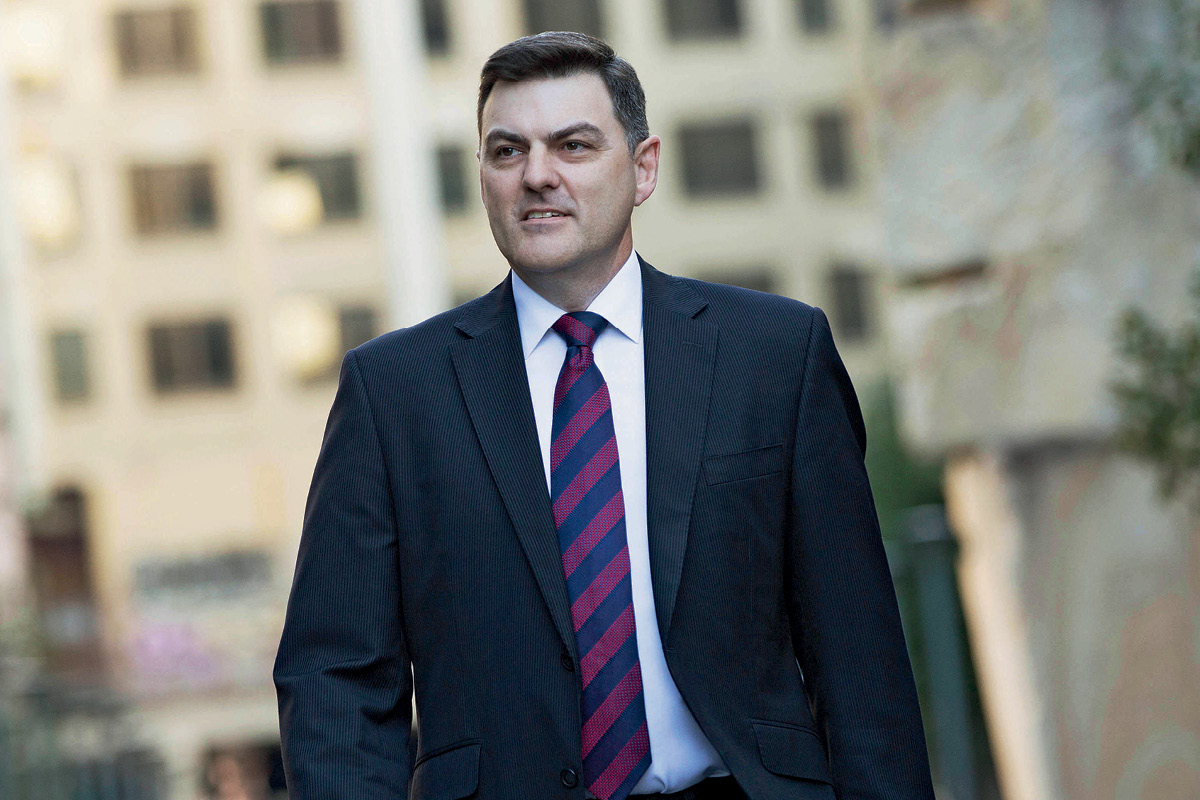 Paul Italiano, CEO of New South Wales energy provider TransGrid, has a somewhat unusual habit. Whenever he makes a big decision that could have repercussions for TransGrid’s customers, he pictures a specific individual, someone he knows personally – a retiree in her eighties, who’s living in a retirement home. Before he makes that decision, he imagines himself trying to justify it to her.

“I don’t just take a customer-centric view in a generic sense,” says Paul. “I imagine a very clear, specific customer and ask myself, ‘Can I explain this to my customer?’ and I visualise that interaction. Energy prices are very important to people; particularly the vulnerable and disadvantaged people in society. I always make an effort to ensure that what we’re doing as a business makes sense to those kinds of people.”

After all, there are few sectors that are as essential to contemporary society as energy. It’s hardly a stretch to say that without it our day-to-day lives would be completely disrupted. It’s therefore fortunate that the TransGrid team is on hand 24/7 to maintain the state’s energy supply.

That said, Paul does acknowledge that the always-on service can be stressful for the team. “We’re just under 1,000 people at TransGrid,” he says. “We operate 13,000 kilometres of high-voltage assets across the length and breadth of the whole of New South Wales, and that’s 24 hours a day, seven days a week, all year round. And the people who work for us have to respond to any type of scenario you can imagine, from fires to adverse weather through to malicious damage. The business is a real-time asset operator, and if we get it wrong, the lights go out. That’s a significant challenge for us.”

This creates a lot of pressure for TransGrid to look after not only its customers, but also its employees. Therefore, TransGrid places as much emphasis on safety as it does on providing energy. Paul ensures workplace safety is so deeply entrenched in the company’s culture that it supersedes all else; he believes that if a worker feels tired, or unsure of workplace practice, they’re entitled to stop working.

“We’re very clear that safety comes first,” says Paul. “We’re empowering our staff to put their safety ahead of any of the work we’re asking them to do. We’re giving them the comfort of the support from the owners and managers. They can make the right decision for them at the time. But it takes some of the pressure away from them because it makes them understand that they are ultimately in charge of their own destiny in the TransGrid workplace.”

“We’re empowering our staff to put their safety ahead of any of the work we’re asking them to do.”

There’s evidence that TransGrid’s safety initiatives are working. This year, a staff member filmed a brief informational video on maintaining workplace safety, and posted it to YouTube for his colleagues’ benefit. What’s impressive is that this was done without prompting; clearly, the safety-first mindset is as deeply entrenched in the company as Paul hopes. But he’s not just implementing this at the worker level; Paul also aims to make TransGrid’s values an inherent aspect of leader behaviour. “We do support safe behaviour, a commitment to customers and to our new energy future,” he says. “People should see that in the behaviour of their leaders.”

Paul recounts an incident in which a staff member pulled him aside, explaining that the lanyard Paul was wearing was a safety hazard – it didn’t have a safety release catch, so if it were to be caught in machinery or a lift, strangulation was a serious risk. Whereas other companies might engender a reluctance to raise such issues with higher-ups, this is exactly the kind of culture that TransGrid aspires to.

While TransGrid does everything possible to create a safe working environment, the pressure of its 24/7 service is only amplified by the technological overhaul the industry is going through. New technologies need to be understood, deployed and operated without disrupting the existing network. Despite these challenges, Paul is not sacrificing TransGrid’s ability to stay at the cutting edge, especially given the renewable energy revolution and importance of reducing carbon emissions.

“We’re in the middle of a transition from traditional energy sources to renewable energy sources,” he says. “That’s a period of disruption the likes of which we’ve never seen in this sector, or in this country, and transmission is the foundation on which that transformation will take place. I see a bright future for TransGrid – enabling a steady transition to a new energy future.”

“I see a bright future for TransGrid – enabling a steady transition to a new energy future in the national electricity market.” 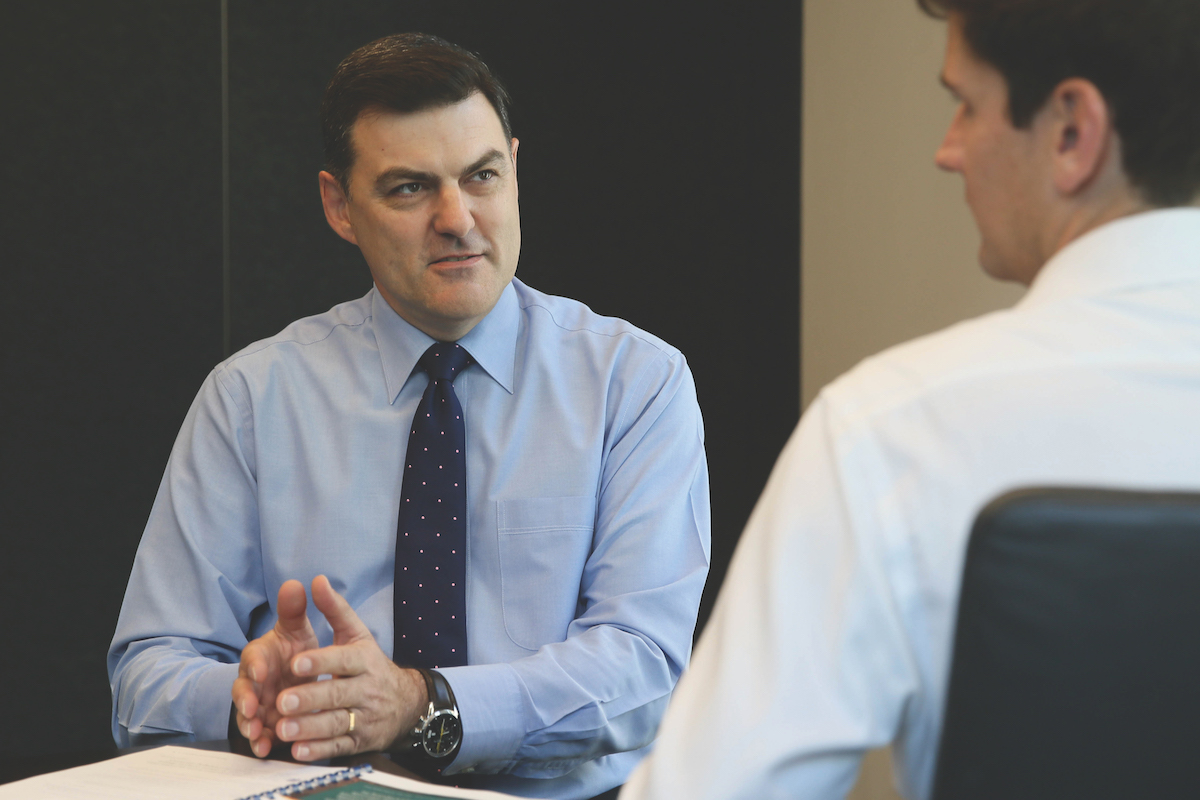 Moving towards a new paradigm

To guide them towards this bright future, TransGrid maintains an open dialogue with its stakeholders, through the TransGrid Advisory Council. Organisations like the Energy Users Association of Australia, the City of Sydney, Woolworths, Tesla and other industry and community bodies have sat on the council, representing a diverse set of interests in TransGrid’s operation.

“That’s a reflection of the broad impact that transmission has on the economy,” Paul says. “We’ve touched almost every aspect of Australian lifestyle and business.”With the challenges TransGrid faces as part of a fast-moving, far-reaching sector, one could imagine it would be an effort to maintain staff motivation. But amazingly, this isn’t true. Paul believes the TransGrid mission – providing power to New South Wales – is enough to keep the whole team committed to their work.

“We’re moving towards a new paradigm of low-emission energy and low prices as well as maintaining reliability,” he says. “The people at TransGrid are excited by that. We’re contributing to that transition; we are the foundation that the National Electricity Market operates from. The advancements we’re making are directly contributing to a positive outcome for consumers and the staff at TransGrid are as excited by it as I am.” 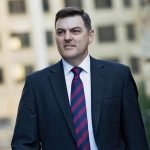