The oil industry is a perpetually unstable environment, susceptible as it is to new discoveries, military conflicts and, lately, the COVID-19 crisis. It’s a market that can see its fair share of bankruptcies – new players entering while established players collapse.

It takes a great deal of expertise to navigate such an environment successfully, but Ravi Sheth, Managing Director of Greatship India, may just have exactly that expertise. For the past 14 years, Ravi has been with Greatship India, ever since the subsidiary of the Great Eastern Shipping Group was set up in 2006.

In that time, he’s seen the company through other crises, such as a major market disruption in 2014. Up until that point, the market was doing pretty well, having come through a boom period.

From mid-2014, however, the price of oil fell rapidly thanks to a fall in demand and a stronger US dollar. When oil was at US$140/barrel, the proponents of peak oil supply theory forecasted a price of US$200 in no time.

Instead, the world (read the US) found a new and vast source of oil in the form of shale oil and the price plummeted to US$30-40/barrel. As the oil price fell, so did the E&P spending budgets of major oil companies.

To further accentuate the problems, the cuts in capital allocation were skewed towards offshore. As a result, over the past few years, the offshore oil field services industry witnessed a severe slowdown.

Ravi says the market has stabilised now, but it’s not perfect – he notes that the essential thing remains the pursuit of cost efficiency (especially today, thanks to COVID-19). “We ourselves went through a huge cost-saving exercise,” Ravi recalls. 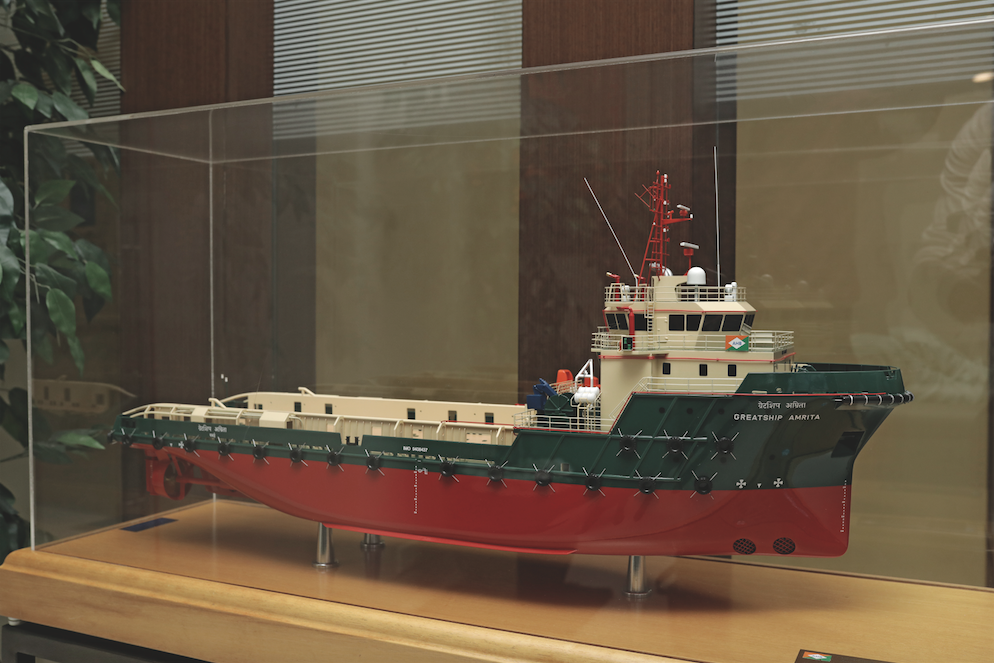 “The thing that really helped us was that, after 2014, when the market really went into a deep dive, we had zero outstanding new building orders with shipyards. After 2015, many oil services companies went into this market with massive new build orders with shipyards, and then they couldn’t pay the shipyards. They had a lot of obligations. We didn’t. All in all, profits may have come down, but I think we have come out of it well.”

Ravi says the current focus is to diversify Greatship India’s customer base – all four rigs are currently operating in India, but he hopes to expand operations to Asia and the Middle East more broadly, to gain international experience in rig operation.

As far as its vessel fleet is concerned, Greatship has already worked with customers internationally, including major companies like Petronas, so it has a solid basis to expand rig operations as well.

While the company is pursuing cost efficiency, it’s also maintaining careful risk monitoring, quality control and safety – Ravi says it’s something on which they never compromise, even despite tighter finances.

As well as a commitment to workers, Greatship is equally focused on upholding its support of suppliers, many of which have been left high and dry as their customers have struggled. Even in these difficult times, he says, Greatship’s suppliers know it will fulfil its obligations in full. Ravi’s advice to others remains simple, though that simplicity makes it no less full of conviction.

“Keep your head down,” he says. “Maintain a relentless focus on your core business, on risk management and on excellence in every aspect of the business.”

The ability to offer advice to the rest of the industry represents impressive progress for a company that started with the purchase of just two Norwegian vessels – today, the subsidiary owns four oil rigs and 19 vessels.

The company was first intended to be part of a nationwide effort to build domestic oil production. At the time, says Ravi, India was consuming about 3.5 million barrels of oil a day, while only producing around 800,000.

We have been very efficient. Greatship is one of the few offshore service companies in the world that has met every single obligation.

When gas fields were discovered on India’s east coast in 2006, it was clear that there’d be a lot of activity there, along with increased production and consumption of energy. Greatship was thus created to offer exploration, well stimulation and rig operation, to help fulfil this growing demand.

“It was like a startup in that sense,” Ravi explains. “We wanted to service the Indian offshore industry. We felt the need for a player with modern assets. So we embarked upon a big acquisition spree. We principally went into the new building program. We ordered many ships from shipyards and, over time, we built a sizeable fleet of offshore vessels. We even went into the drilling business.”

But Ravi is quick to stress that Greatship’s purpose is not just to expand for the sake of it, to be the biggest. The original goal remains: the achievement of excellence in every area.

Ravi believes the continuous pursuit of growth is impossible – which proves doubly true in a market as capricious as oil – so the oil company dedicates itself to constant improvement.

“If you talk to our clients and customers, I’m sure they’d have good things to say about us,” says Ravi. “We always get client feedback. We always try to improve. That exercise never stops.” 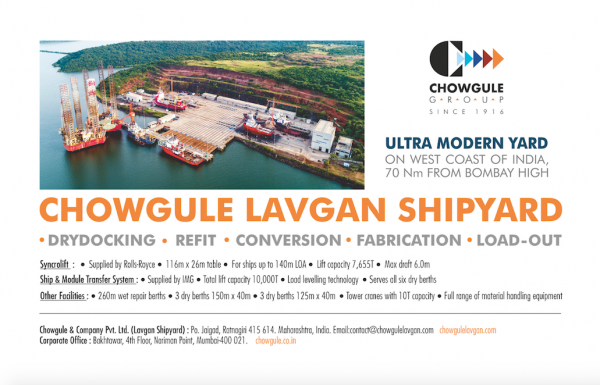