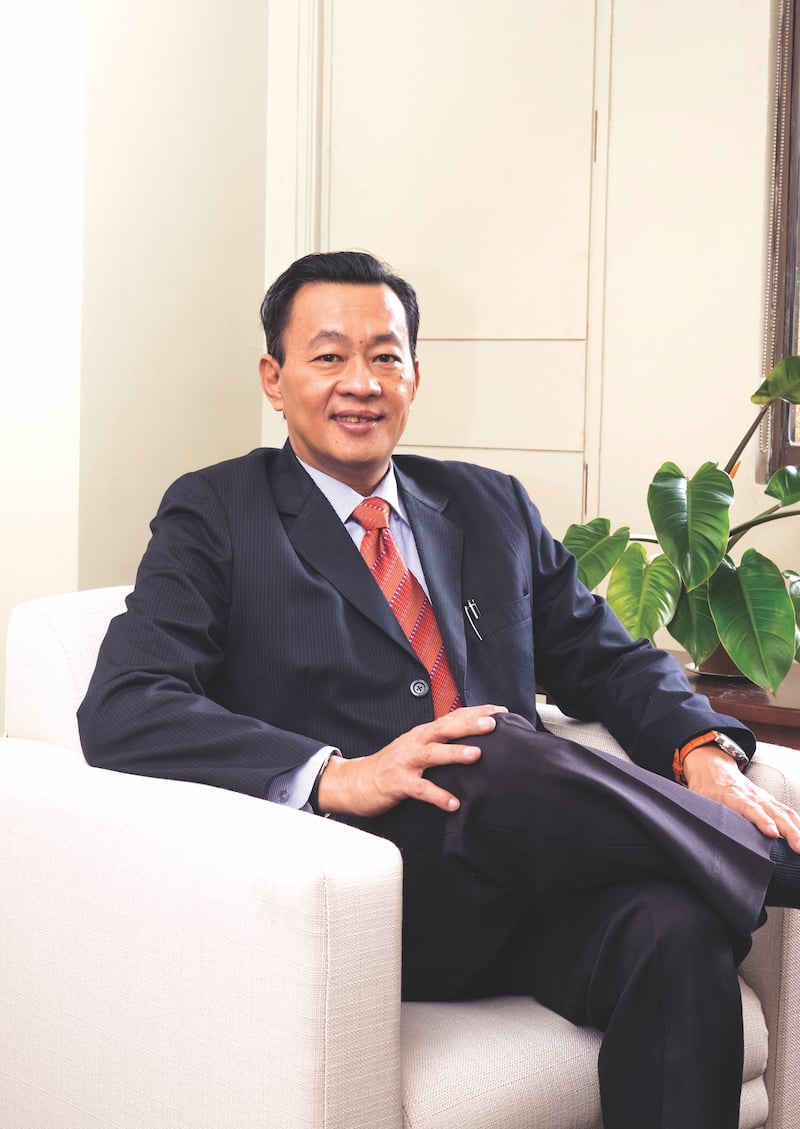 Being a business segment of the country’s largest distribution utility, Meralco, MPower is empowering the Philippines in more ways than one. According to Roberto Almazora, building a business from scratch occurs in stages. Should you not be alert when those changes occur, golden opportunities are missed.

“If we’re starting something new, you’ve got to be a bit more authoritative and autocratic because you’ve got to get things rolling according to schedule,” says the Senior Vice-President. “After you do that, you move towards a development phase, where you’re there more to nurture, counsel, develop and motivate, before establishing a culture and atmosphere of teamwork.” 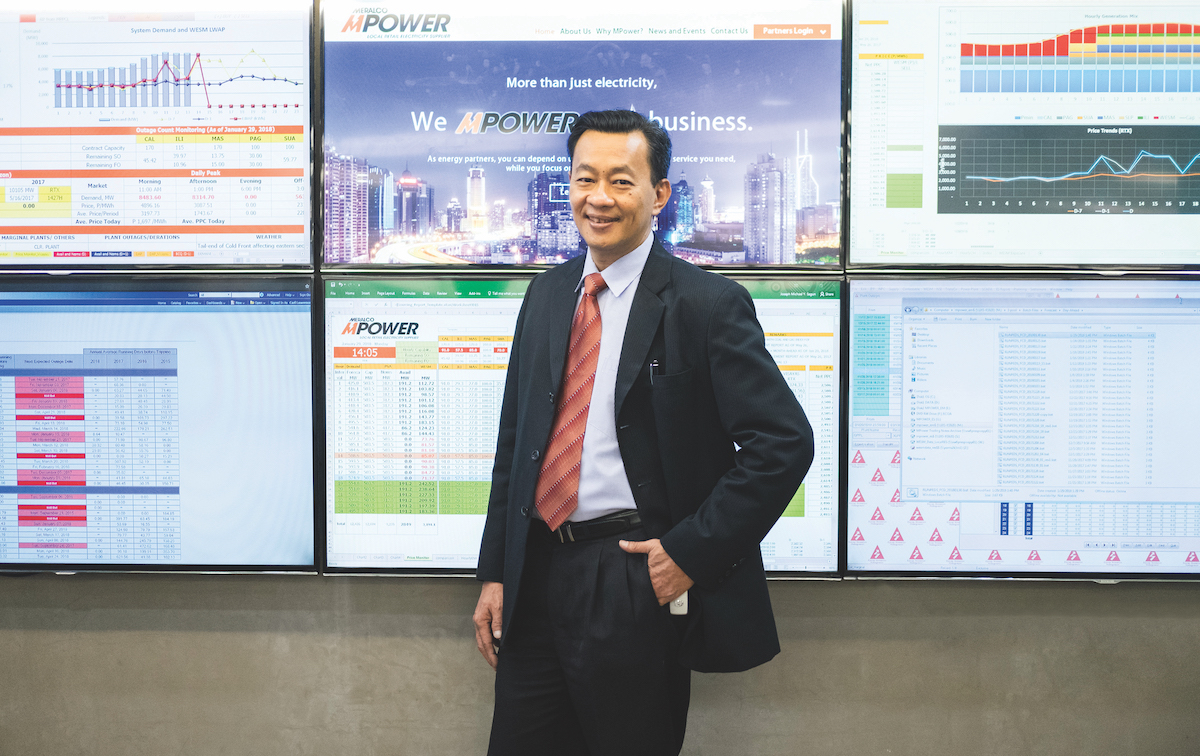 Engineering has always been an area of keen interest for Roberto, or Jobert as he prefers to be called. Before working his way up in Meralco throughout his 30-year-plus career, he was at an engineering system planning group, building substations and sub-transmission lines. However, he always had an itch to move into management, completing an MBA from the Asian Institute of Management. Because of that, Jobert found the transition from technical to management “wasn’t that hard”, saying most of his time in Meralco was spent leveraging his management skills rather than his technical skills.

“I was always in this new space where, I guess at that time, people were trying to understand how to best address it. They tended to put me in places where I’d be asked to set up a new office, and then, when it was up and running, to set up a new one,” he reflects. “I think what carried me through in setting up so many new offices was more my curiosity in new things and challenges, trying to figure out how to make something out of nothing.”

A 30-year career in one organisation simply doesn’t happen unless there is a continued willingness to move with the times. When Open Access was implemented in the Philippines in 2013, Jobert was asked a year earlier to lead the initiative to participate in the more competitive energy market space. Whereas most energy retailers invested in the generation space, MPower took a completely different tack, approaching the policy change by creating products with the customer in mind. It took a more customer-driven approach by examining both customer requirements and consumption patterns.

MPower, a pioneer in the competitive retail supply market, is a business segment of Meralco, the largest distribution company in Luzon.

“We segmented our customer base and went after those customers we thought would benefit because we’d be able to serve them more competitively, based on their usage patterns,” Jobert explains.

MPower found that customers best placed to benefit from such an arrangement were those who operated 24/7 or with continuous operations, so that the fixed costs could be spread over a longer period. For customers without continuous operations, we do have a natural gas component that enables us to serve those customers better,” Jobert says. “We’re kind of matching the wholesale cost to the retail demand characteristics.”

But nowhere is adaptation and adjustment more necessary than when dealing with government regulations, the Philippines being one of only two countries in ASEAN to adopt Open Access (Singapore is the other). Ever since 2001 when the Electric Power Industry Reform Act – the law on which Open Access was anchored – was passed, the challenge for Jobert has been how to provide a stable and reliable price to customers in an environment where the rules keep changing.

“I guess sometimes it’s in the details of the operating rules that a lot of the changes are happening,” he says. “The law hasn’t changed since it was passed, so that’s provided some stability. From a strategy and macro point of view, that’s the way we’re trending. The areas that tend to be more dynamic revolve around the timing of implementation, the actual roll out, and how to get there.”

As the world keeps trying to get its act together on addressing climate change, Jobert notices the global utilities industry has moved to adopting renewable energies into the power mix. He thinks the push to renewables is certainly a step in the right direction and that renewable energy is necessary to some extent. However, if the global campaign is to be successful, Jobert believes the industry has to convince consumers that they must accept the associated costs.

“If people are not willing to pay that cost, then that’s where we have to kind of temper the enthusiasm to jump in. It’s like anything else in life – too much of a good thing is not a good thing. In this case, you have to understand that renewable energy is clean but there are disadvantages from the viewpoint of supply reliability and incidental costs such as backup power needed to support renewables.”

Renewable energy has already emerged in more developed markets. While a developed market might be able to take that burden, a developing economy like the Philippines might not be so enthusiastic about it. Solar and wind energy can only be produced at certain times of the day, meaning that the more conventional types of power are still needed to not just keep the lights on, but to also provide system stability.

“MPower has been Indra’s partner since the power retailer’s inception. We have witnessed their passion for delivering value-added services and innovative solutions to their customers. It is due to this that our partnership continues, and is strengthened through our various project collaborations.” – Maria Vidoeira, President and CEO, Indra Philippines, Inc.

At the end of the day, finding a global solution for Jobert simply comes down to staying adaptable and flexible. “The push for renewable energy is not bad per se but you’ve got to acknowledge the associated cost, and then try to find a suitable middle ground for everyone that works,” he concludes. “You’ve just got to balance all these things out and come up with something that’s workable.” 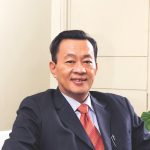