We are transforming the energy world: Neil Koehler 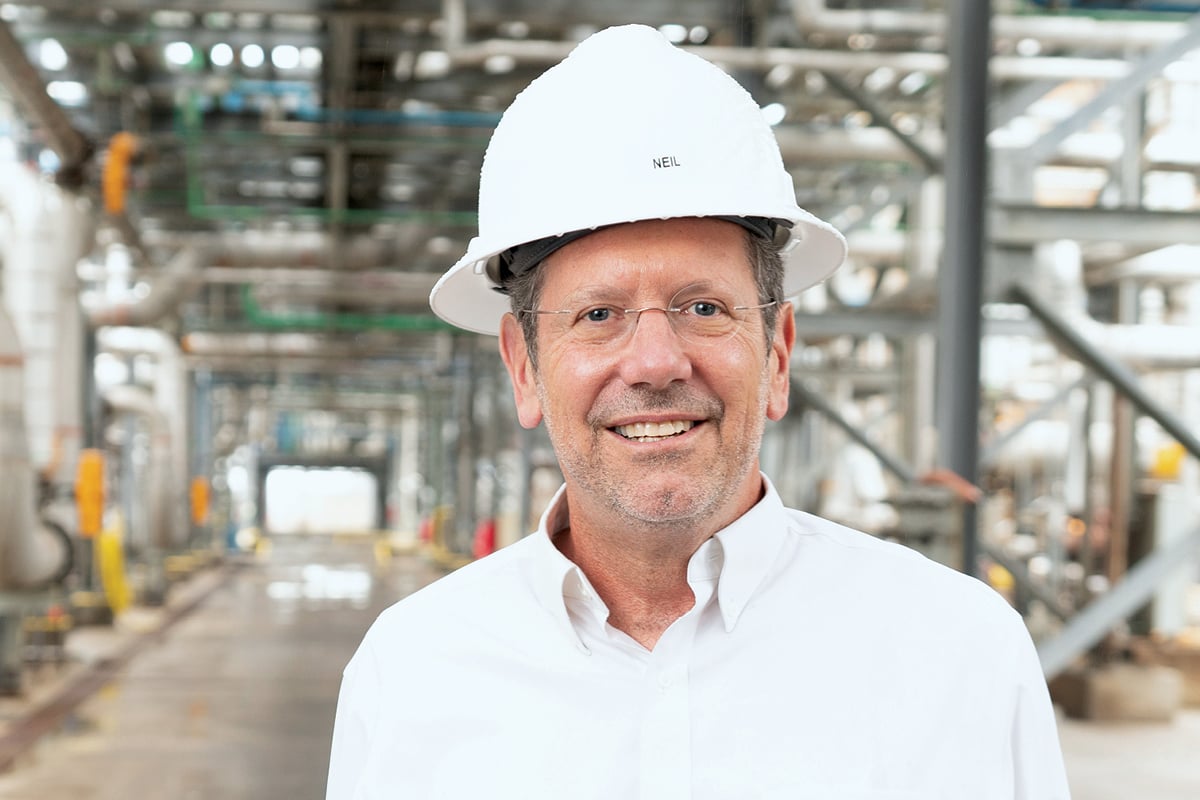 Stay calm. It’s the short and simple advice Neil Koehler would give to someone thinking of taking up a position in the ethanol business. “It’s like any number of commodity businesses being very volatile,” Neil, the Co-Founder, Director and CEO of Pacific Ethanol, says.

“The ups and downs are extreme.” Funnily enough, this is the part Neil finds most exciting about the industry. “We run into a lot of walls that we either have to take down or climb over because we are transforming the energy world,” he adds.

While ethanol was first used as a motor fuel in the 1800s, the industry as we know it today had its start during the 1970s. The fuel is derived from biomass.

In the US, corn quickly became the main source of ethanol due to its prevalence and the ease with which corn could be turned into alcohol. Ethanol’s growth was triggered by environmental concerns and the high cost of petroleum-based fuels.

“Ethanol has a number of positive attributes, starting with what consumers care most about when they pull up to the pump: cost,” Neil says. “Ethanol historically has traded at a very nice discount to gasoline for a product that has a premium value. Today, it sells on a wholesale basis for 60 to 70 cents lower than the cost of gasoline.”

In addition, ethanol has a higher octane rating – the standard measure of performance. “It’s essentially a racing fuel,” Neil says.

“That does a number of things: it improves the performance of your car and allows gasoline refiners to use lower octane components to then bring it up to spec with ethanol.”

Most important to Neil is ethanol’s environmental advantages. “Ethanol has a significant benefit in reducing carbon emissions,” he explains. “Climate change – and how we decarbonize our economy – has become the most important environmental topic of the day.

“As a renewable fuel, ethanol is the single fastest way to reduce the carbon emissions of gasoline. Ethanol itself has full life-cycle carbon benefit that’s nearly 50% better than gasoline – and it’s getting better every day.” 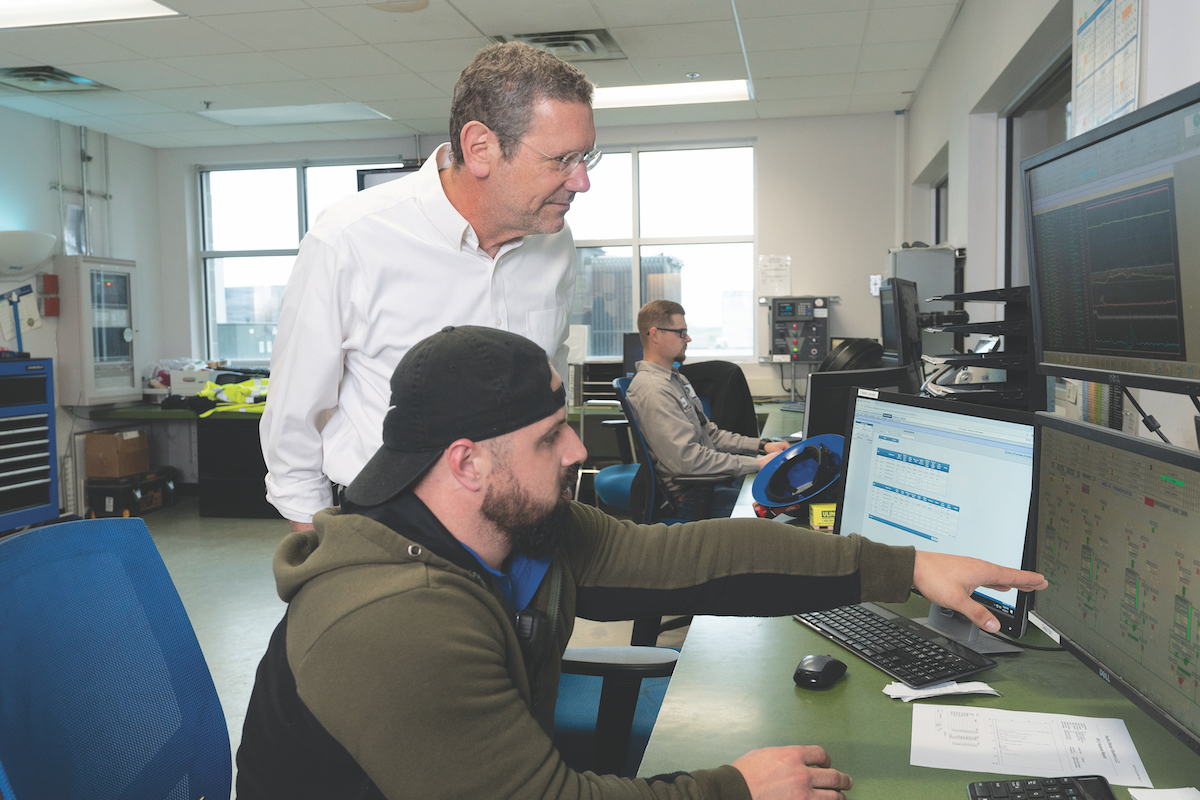 Furthermore, Neil says ethanol is clean and efficient; reducing tailpipe emissions and air toxins. Neil’s journey to the ethanol industry began after a trip to the Middle East.

He majored in government at Pomona College in Claremont, California – focusing mainly on energy – and traveled to the Middle East halfway through his degree.

“I was quite impressed by the confluence of not only the history, culture and religion, but how it was the center of the universe when it came to energy,” Neil recalls. “I thought, ‘Wow, all this is happening in one little postage stamp of the world.’”

Neil graduated in 1981, a few years after the Iran oil crisis. Sparked by the Iranian Revolution – in which Iran’s monarch was overthrown – the crisis saw crude oil production sharply decline.

“I came out of college with a mission thinking I want to do something to protect our country by lessening our dangerous dependence on foreign oil,” he says.

After university, Neil took up a position at the California Department of Food and Agriculture in Sacramento, where he worked on a program to help farmers produce their own energy.

It was there he discovered his calling. “One of our programs was with on-farm ethanol production and it was like a light bulb going off saying, ‘This is it, ethanol could be that replacement, or at least a partial replacement, for oil and the gasoline produced from it.’”

Neil explains that, back then, ethanol was virtually non-existent. “It was produced in very small quantities,” he says. “It was used by a few small oil companies that could get a cost advantage by blending it with gasoline.”

However, it has grown significantly since then. In 1980, the country produced 175 million gallons of ethanol, which had risen to more than 16 billion gallons by 2018.

In 2003, Neil partnered with former California Secretary of State Bill Jones and founded Pacific Ethanol. The company is headquartered in Sacramento and produces ethanol and ethanol co-products, including corn meal, corn oil and distillers grains.

“When you produce ethanol from corn, you get a very valuable co-product called distillers grains, which is very high in protein,” Neil says. “It’s an integral part of the animal diets in the dairy industry and in the feedlots for cattle, swine and chickens.”

Neil believes in having a consistent vision and working alongside his 560 employees. “Nobody just manages people; we all work and do the daily jobs,” he says. “I still manage some of our ethanol accounts and have relationships with suppliers. Part of my day is doing what everybody else does and working the details of the job.” Neil believes that sense of collaboration is a defining characteristic. “It inspires other people to say, ‘This guy is not just spouting off in the corner office; he’s out on the floor.’ I’m a very collaborative person and I want people to see that by leading by example.”

Pacific Ethanol is the sixth-largest ethanol producer in the US. It has a total production capacity of 605 million gallons of fuel-grade ethanol and alcohol products a year.

The company owns nine facilities across the west and Midwestern regions of the US, spread across California, Oregon, Idaho, Illinois and Nebraska.

Neil explains ethanol has historically been produced in the Midwest and most of it is still being produced there. “Ethanol was a regional fuel used in Chicago and other Midwest locations,” he says.

“The feed was used by the animals in that area. When the industry continued to grow, it grew with a need to ship products further out. That growth was outside the Midwest to large urban areas on the coast. And now, incrementally, we’re seeing ethanol exported in large quantities.”

However, they continue to face major battles, from flooding and low commodity prices to political strife. “Trade wars have been very hurtful because we export so much of our farm products, including ethanol,” he says.

“From a farming standpoint, we are the world’s largest corn and soybean producers and that’s what we grow in the Midwest.”

Nonetheless, Neil is proud of how Pacific Ethanol has grown. “It’s a reflection of an industry that has done the same thing; gone from nothing to being an incredibly relevant part of the fuel supply,” he says.

“There’s no alternative fuel that’s made that kind of penetration as an alternative to petroleum. What we do every day by producing ethanol and selling it into markets is making the world a better place.” 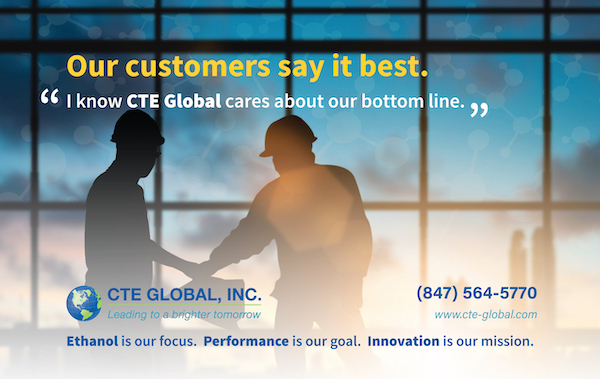