McLaren 720S: The speed of light

The new McLaren 720S provides such a powerful punch to your senses that it pretty much instantly becomes the yardstick for ‘fast’. 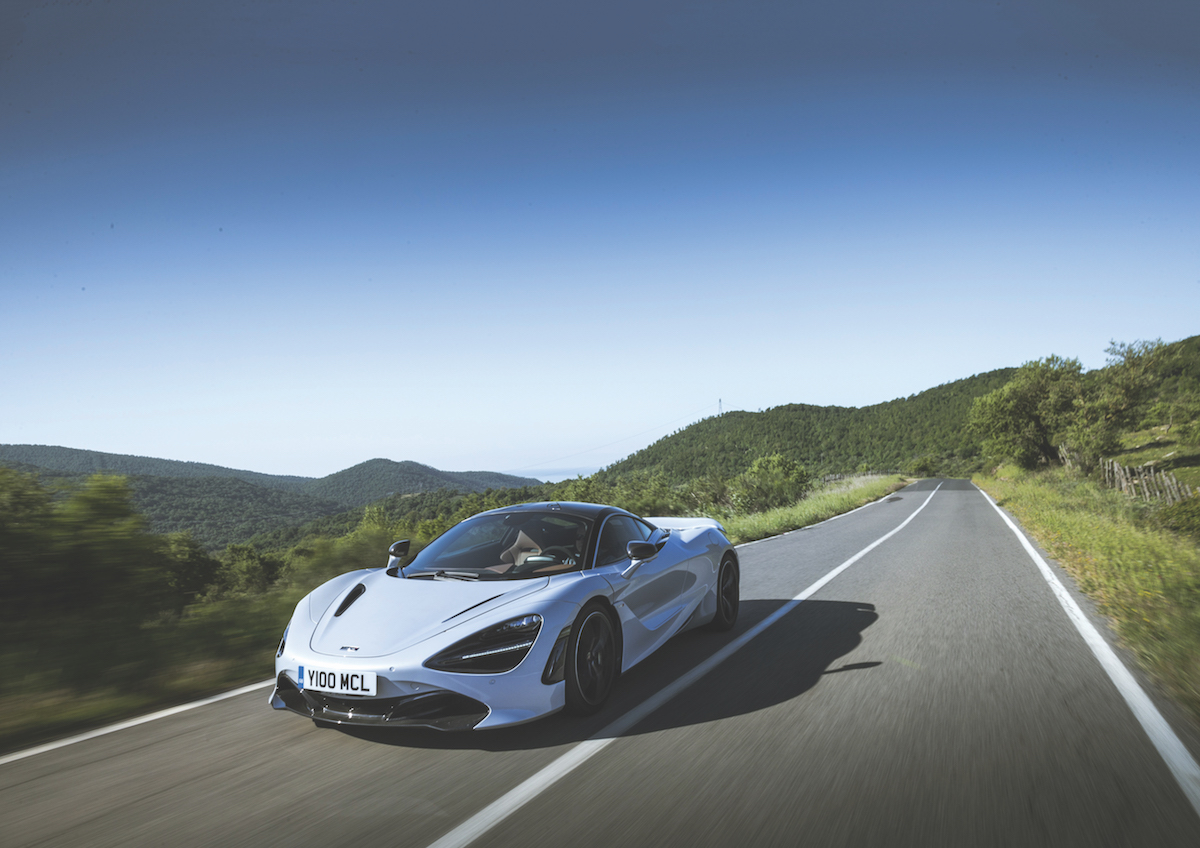 Some experiences are so profoundly moving, or chilling, that they instantly become your personal yardsticks.

So you might say “That hot-air balloon was terrifying… but not quite as bad as parachuting”, or “What a great movie, it was almost as much fun as the first time I saw Star Wars.”

The new McLaren 720S provides such a powerful punch to your senses that it pretty much instantly becomes the yardstick for ‘fast’, as in “I got fired out of a cannon/into space the other day, and it was pretty intense, but not as fast as a McLaren 720S”.

Those few motoring journalists who’ve been lucky enough to drive one now tend to annoy their colleagues by using it as a constant reference point: “Yes, that new Ferrari is quick, but still not as fast as the McLaren.”

So, just how pacey is this new four-wheeled yardstick? Well, its very clever 4.0-litre V8 uses enthusiastic turbochargers and other F1 technology to make 537kW and 770Nm, which is quite a lot.

In a car made almost entirely of carbon fibre and thus weighing just over 1,400kg, it’s enough to push you to 100km/h from a red light in just 2.9 seconds.

And that’s fast, but other cars can do the same. The 100km/h dash has pretty much reached its peak around that sub-three-second mark, because below that you need special tyres, or a magnetic surface, meaning it’s more about grip than power.

The way to measure a modern super car, and the parameter in which the McLaren properly blows your mind, is the 0 to 200km/h sprint, which the 720S pulls off in just 7.8 seconds.

That’s around half a second quicker than anything in its competitive set can manage, and three seconds faster than comparable cars, like a Ferrari 458, were capable of just a few years ago.

What it means in practice is that, once you’re up and running, from just about any speed at all – 60km/h, 160km/h, 260km/h – the McLaren can suddenly punch a hole in the world in front of you and launch away at the speed of a Donald Trump Twitter tirade.

It is eye-widening, heart-popping and back-pummelling stuff, and genuinely unique.

Nothing, but nothing, I have ever driven can blur the numbers on its speedometer, and blur reality, and your vision, the way the 720S can.

Nothing, but nothing, I have ever driven can blur the numbers on its speedometer, and blur reality, and your vision, the way the 720S can.

Driving it is, thus, something of a physical ordeal, but at least some of the attendant fear for your life is eased by the fact that it also has hugely capable brakes.

Also sourced from F1 (the McLaren brand is, perhaps, more famously associated with the top end of motor racing than selling cars), its carbon-ceramic units can pull you up from high speeds so fast that your eyeballs touch the windscreen, which is a necessary suffering.

Aiding the stopping performance is a giant and eye-catching air brake, which flips up from the rear of the car and blocks out the sun through your rear window when you’re attempting to stop at full pace.

The genius of this little aerodynamic feature is that it also pushes the whole car into the ground, increasing your grip levels, and confidence, each time you approach a bend.

As a result, the McLaren seems to offer more feel through its front end, and more intense steering accuracy, than other cars, meaning you can attack corners quicker.

All this adds up to the impression that you would be faster along your favorite stretch of twisty road in the 720S than you would be in any other car, and considerably more invigorated as well.

The only letdown is the sound, which – while it does offer a lot of gulping turbocharging sounds when you accelerate, like a dragon preparing to blow flames – is a little quiet and raspberry-ish at times.

In traffic, you would barely know that you are piloting a A$515,080 super car with enough power to race a jet fighter.

That price is the number for the basic Performance model, which we tested, but our car had a few options that quickly drove the price closer to A$700,000, which is a more realistic figure.

Fortunately, when you switch the McLaren into Track mode – which does seem ill-advised at first, on public roads – the exhaust seems to clear its throat and some proper growling and howling start to surround you.

Each savagely quick gear change is also accompanied with a bang, not unlike the sound of a distant elephant gun.

At anything about six-tenths, the 720S feels properly involving, and genuinely terrifying at times, and yet you can drive it in relaxed fashion around town if you want to, and the ride quality is so good that you don’t even feel battered by the experience.

The looks, a very important matter when it comes to spending north of half a million on a car, are a very subjective thing, with some people loving the McLaren and others comparing it to a squashed blow fly.

What’s not in doubt is that it looks fast. Just not quite as fast as it actually is. If it looked that quick it would be more like a beam of light than a car, of course.