With many commercial airlines still grounded, a bold new solution to business travel is more critical than ever. The Bell 505 is the pinnacle of private transport that ensures clients can continue to conquer markets in uncharted business territories. 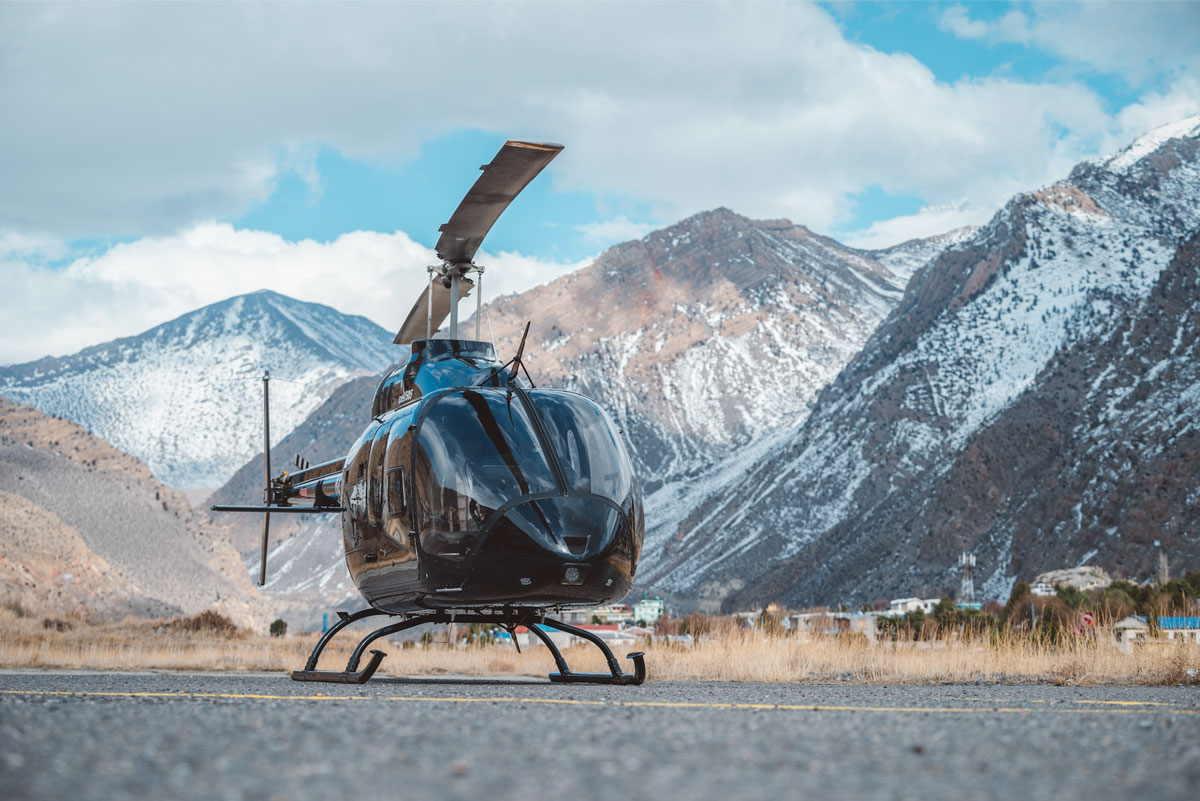 Produced in partnership with Bell Textron.

Conducting business in today’s world has never been more complicated. As the potential to engage with an expansive global customer base becomes the new formula for success, bespoke travel solutions are looking more viable than ever. This is especially the case where lengthier business journeys become more difficult in a post-pandemic world. One solution, however, continues to deliver results for the highest fliers in the business world: the Bell 505 helicopter.

Having first debuted at the Paris Air Show in 2013, the Bell 505 is flying proof that a clean sheet design can deliver endless opportunities in uncharted business territories. Created to dominate the short light single (SLS) segment while providing one of the fastest and most cost-efficient methods of transport, the Bell 505 currently services a diverse range of industries from adventure to medical to utility and flight training, and, of course, the burgeoning corporate sector, which is built on networking and healthy relationships.

“Its breadth of flexibility has earnt the Bell 505 the reputation as the SUV of the skies.”

Where the Bell 505 comes into a league of its own is through its field versatility. Existing customers already employ the aircraft to commute to work during the week before effortlessly doubling its role as the perfect getaway tool for the weekend. It’s this breadth of flexibility that has earnt the Bell 505 the reputation as the SUV of the skies.

While flying cars are still a fair way off in the landscape of future mobility, the revolutionary dual-purpose design of the Bell 505 means that it’s at the forefront of this movement today.

From the world’s most talented C-suite executives to the brightest entrepreneurs, the Bell 505 is the ultimate way to get to where you want on your time.

Defining reliability in the skies 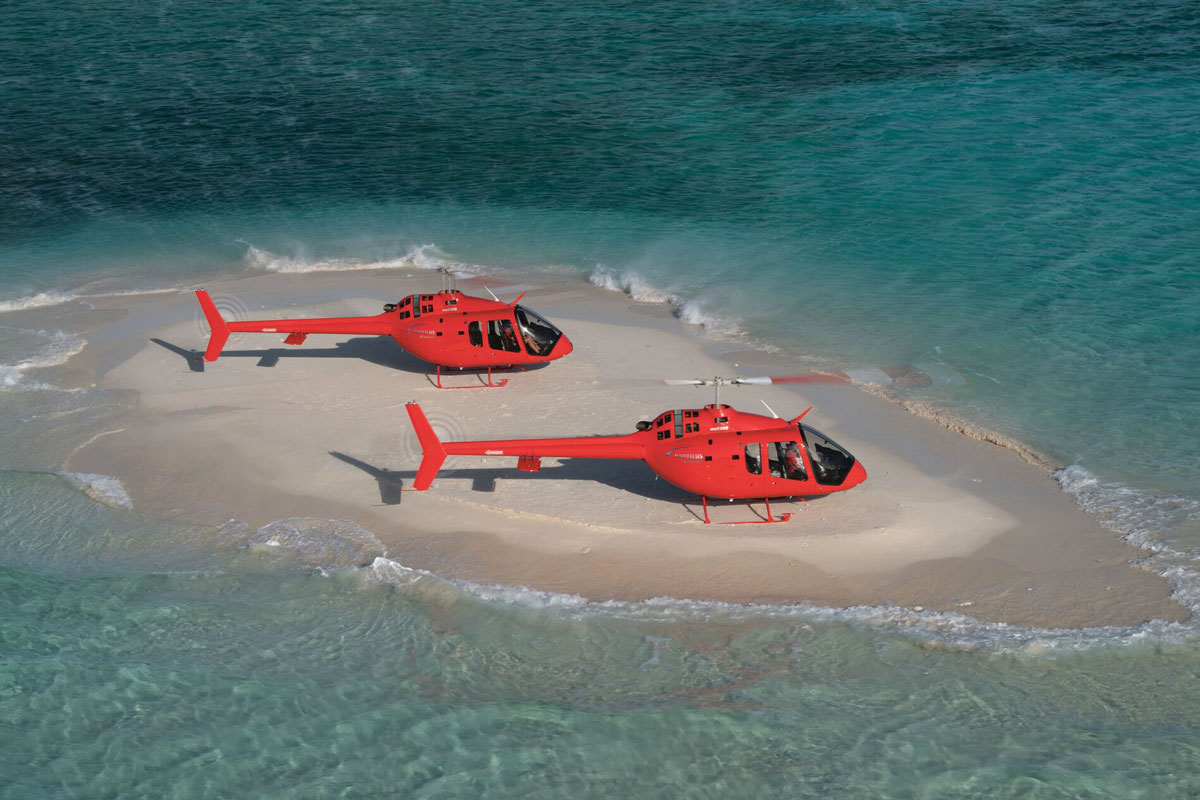 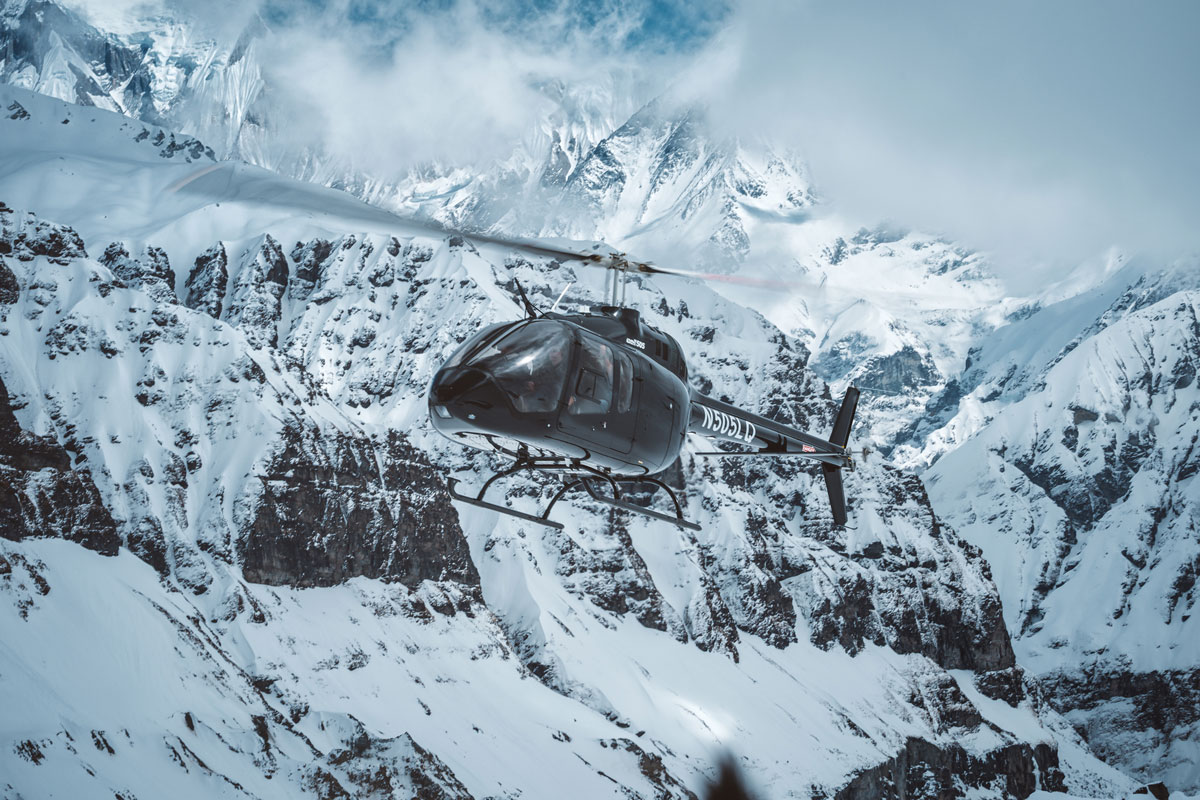 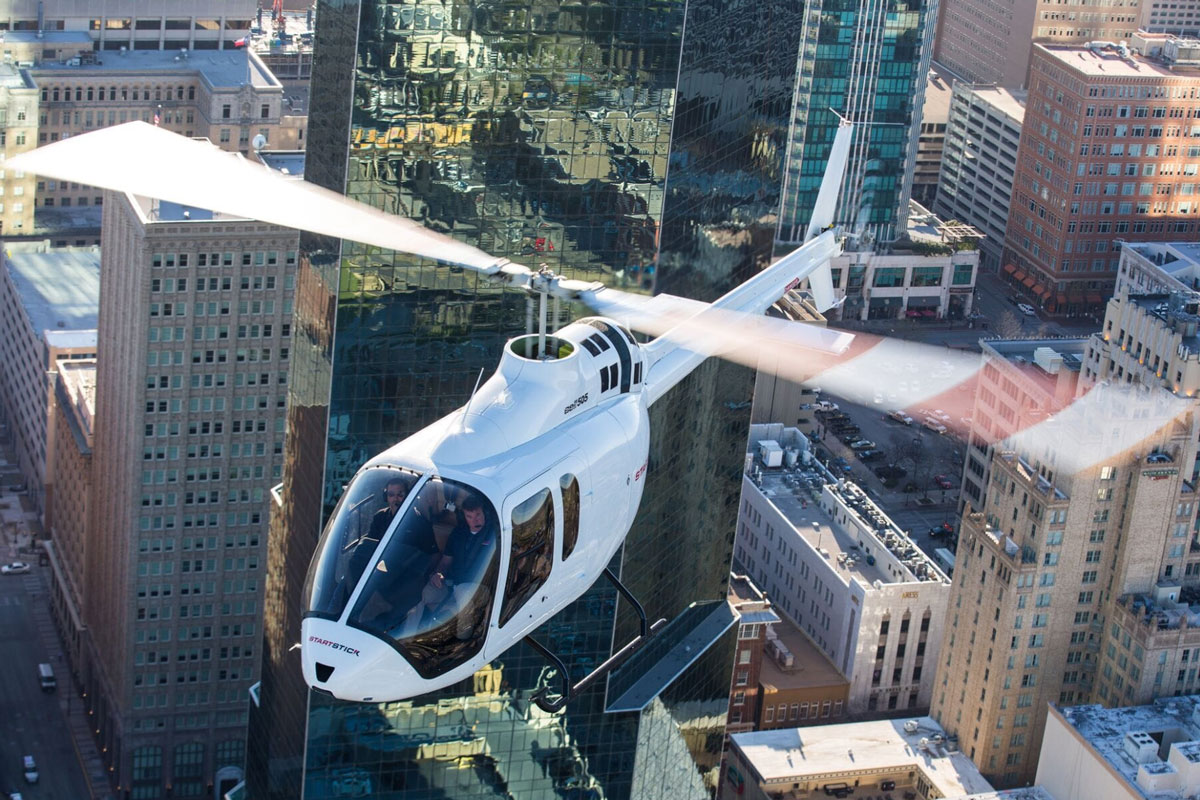 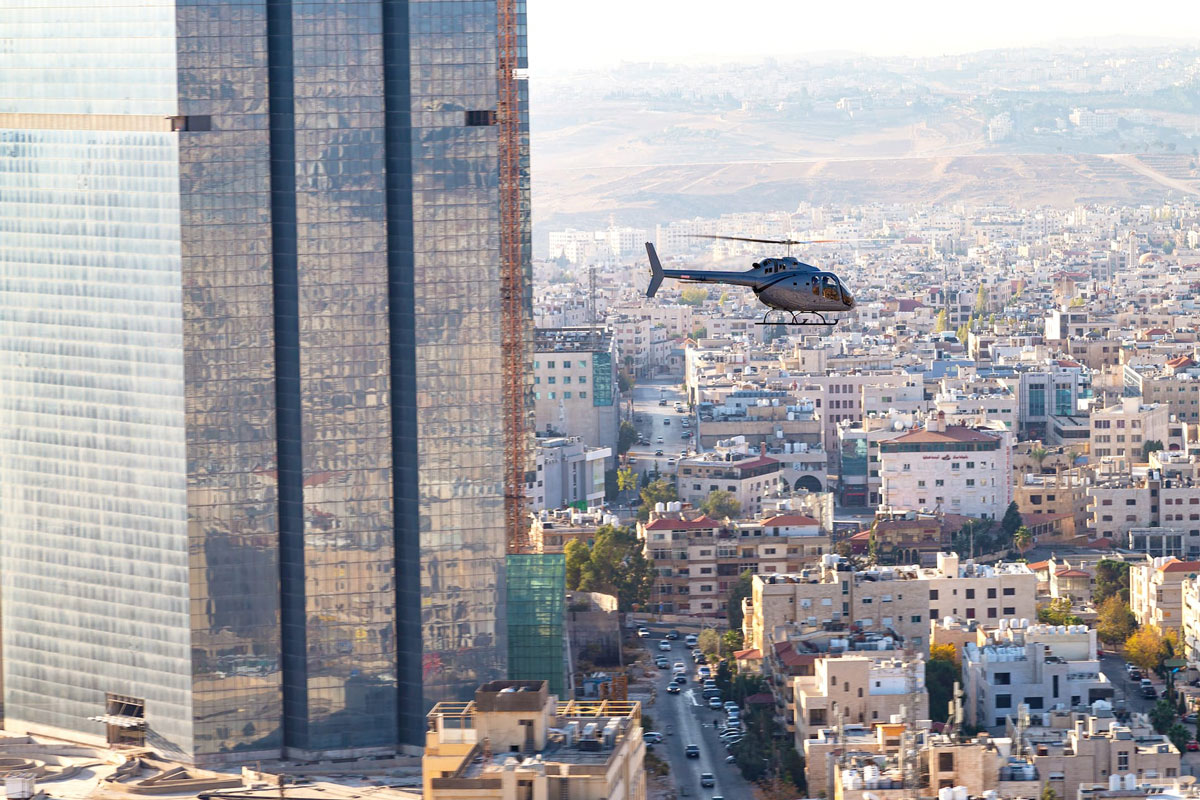 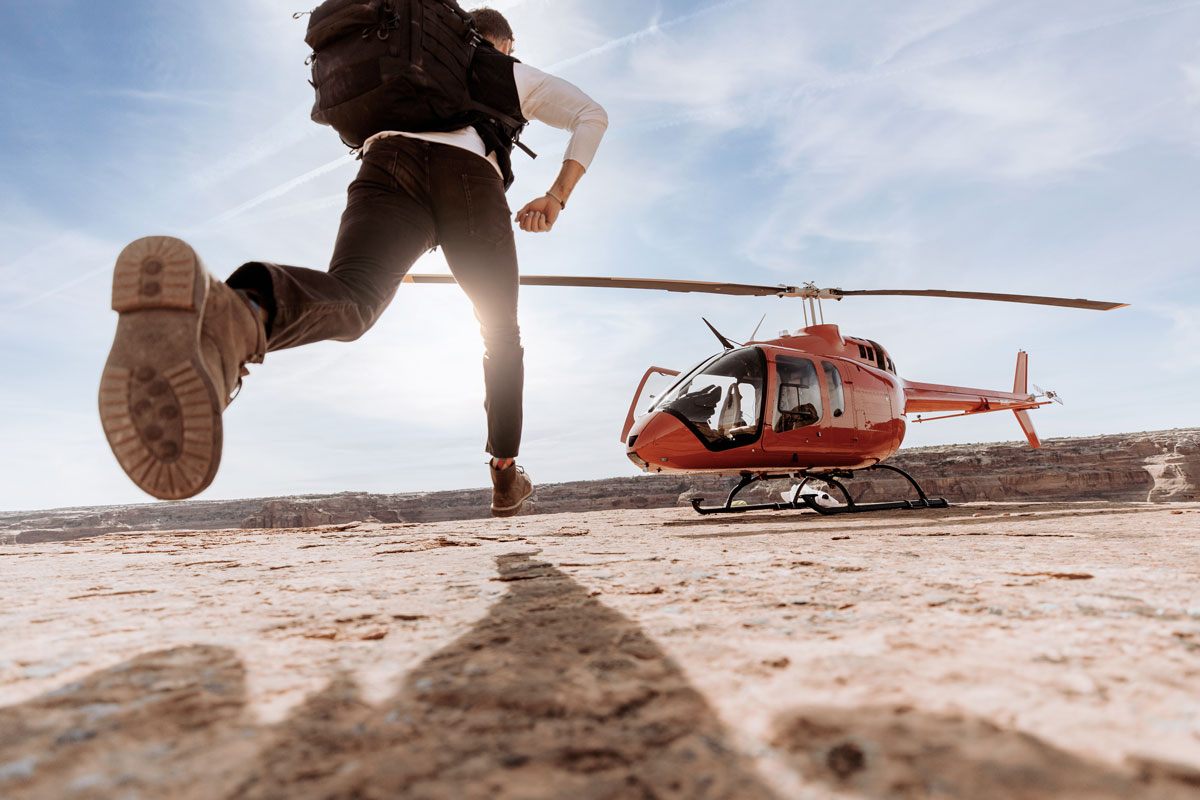 In business, trust is an intangible asset that is earned through experience, execution and time. The Bell name aligns perfectly with these values and delivers on all of these fronts with the dynamic characteristics of the 505.

As the definition of reliability in the skies, the Bell 505 model today boasts over 70,000 global fleet flight hours. This is further backed by its global delivery count of over 300 examples operating across a range of missions in six continents and 55 countries.

These businesses and organisations continue to prove the robust credentials of the aircraft in effortlessly taking on multiple roles. This ultimately leaves clients with the freedom and time to focus on their own personal goals as the Bell 505 smoothly handles the most critical journeys.

Reaching this level of synergy between reliability and functionality is reflected in the 505’s impressive design specifications. Maximum speed is rated at 232 kilometres per hour while its range delivers 306 nautical miles.

In the real world, this sees the 505 covering:

These impressive flight statistics are backed by the Bell 505’s advanced aerodynamic design and a Safran HE engine featuring Dual Channel FADEC technology. This system is designed to drastically reduce pilot workload which is a key factor in raising helicopter safety standards to the next level.

A new standard of safety and control 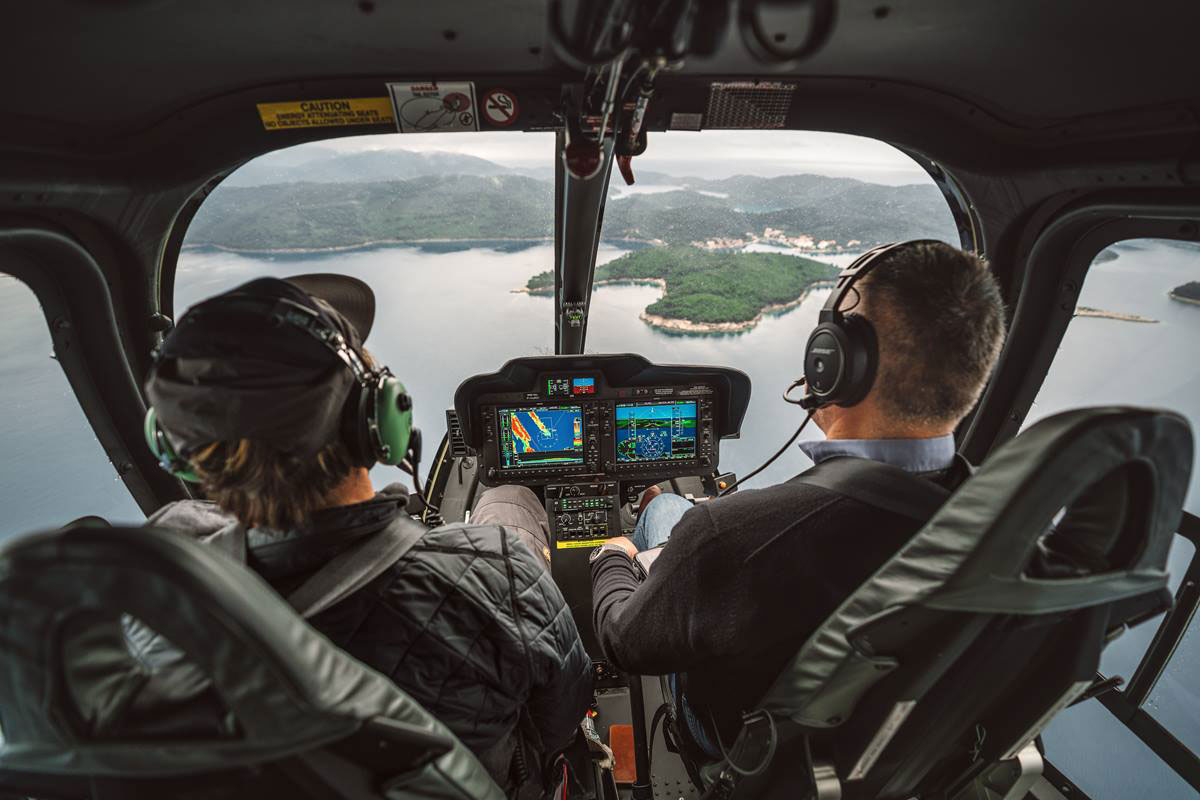 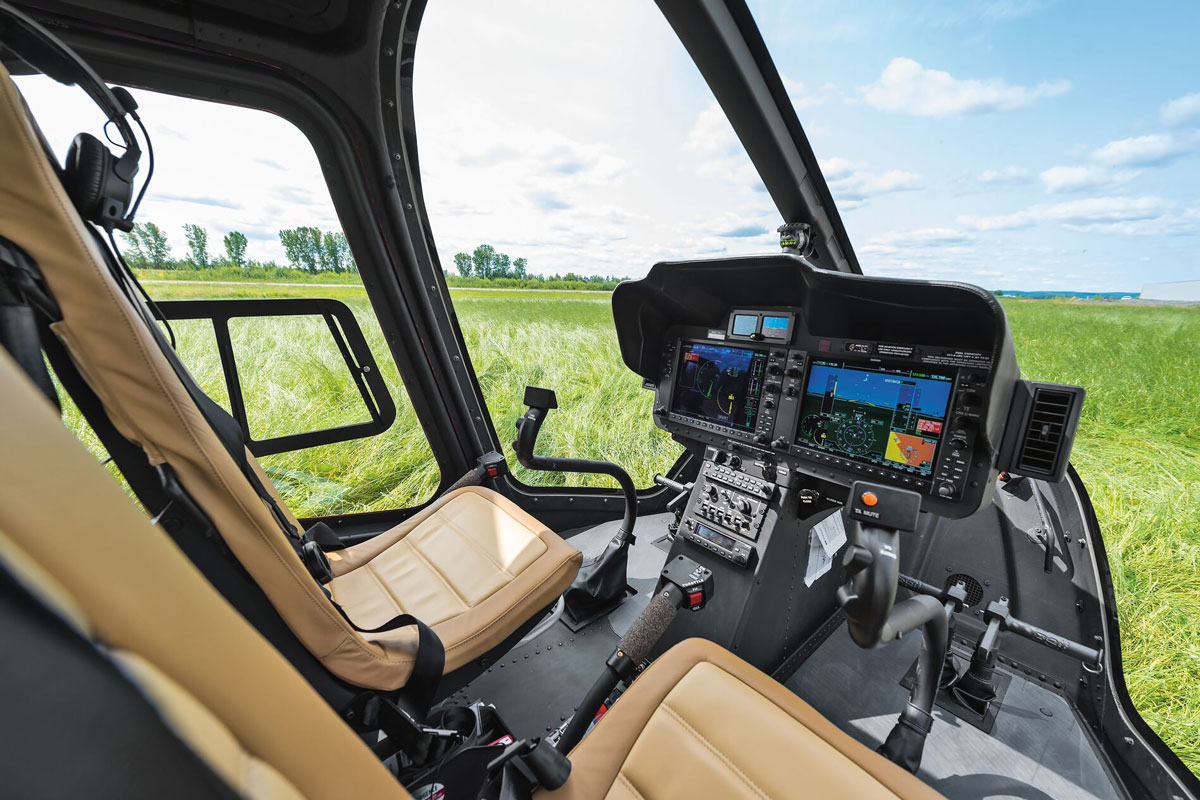 The conventional helicopter is one of the most complicated civilian aircrafts to fly. Pilots are tasked with simultaneously engaging with numerous flight controls and instrument gauges just to initiate take off. The nature of such a complicated procedure means that diagnosing problems pre-flight or mid-flight can be near-impossible and often dangerous.

Adding to that equation is the potential for a ‘hot start’ to occur – a US$100,000 mistake requiring an entire engine overhaul – if a pilot fails to correctly execute the engine priming process. It’s a common mistake that’s most evident at helicopter training schools with one to two aircrafts being affected every year in a small fleet. As any fleet grows, though, so too does the rate of these costly errors.

This is where the Bell 505 changes the game entirely. Its engine is fully computer controlled meaning it can replace the complicated three stage engine priming process with nothing more than a small adjustable knob and a primary flight display screen for the pilot to monitor. 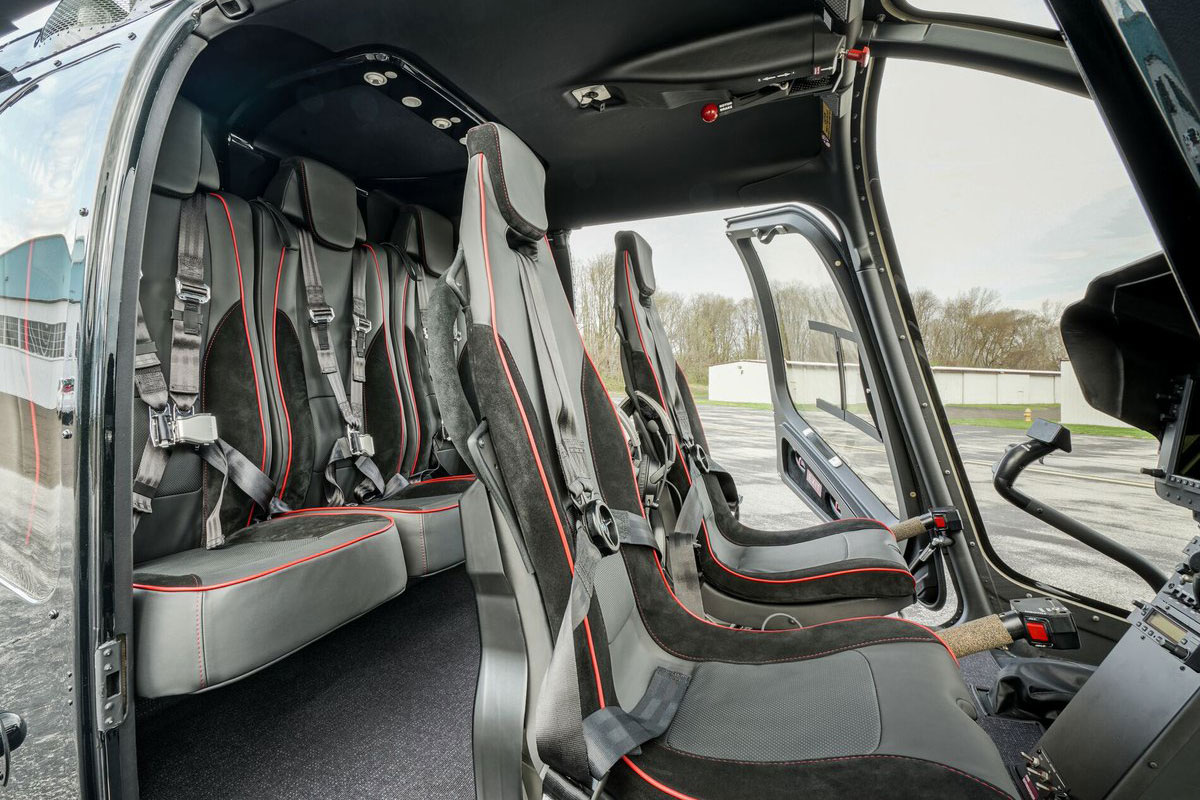 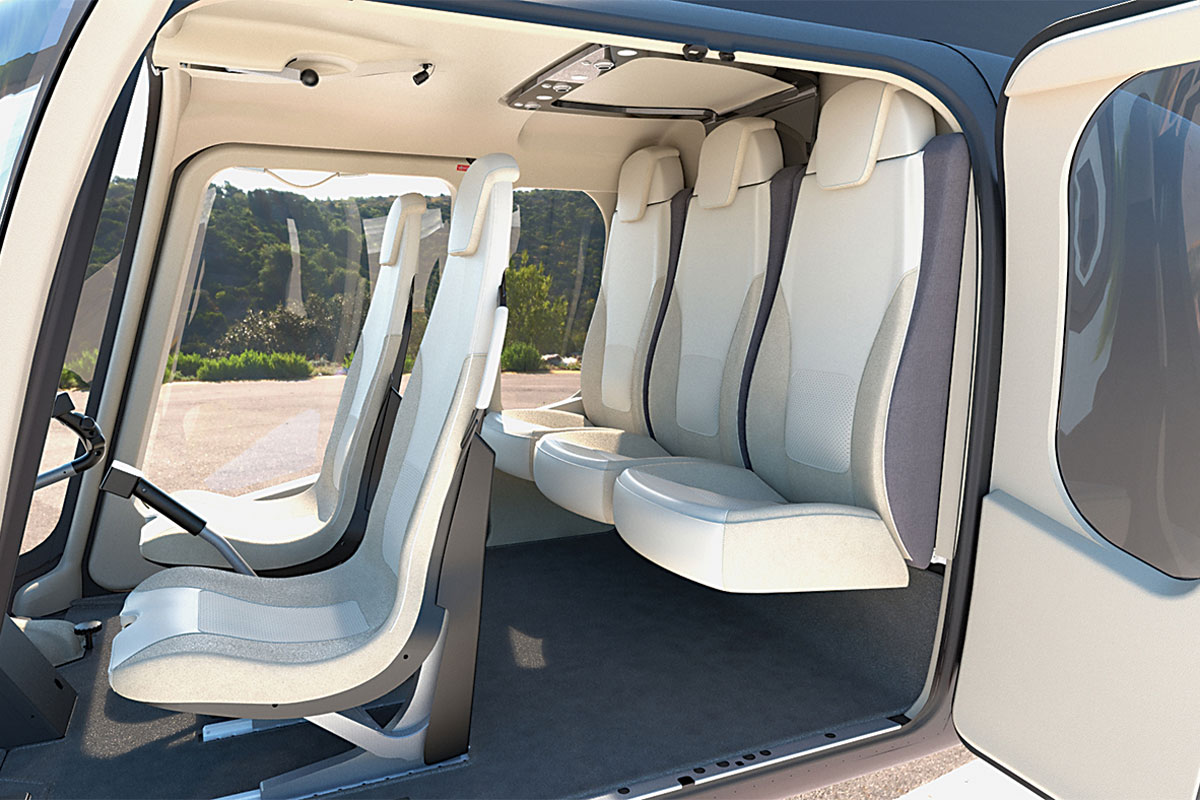 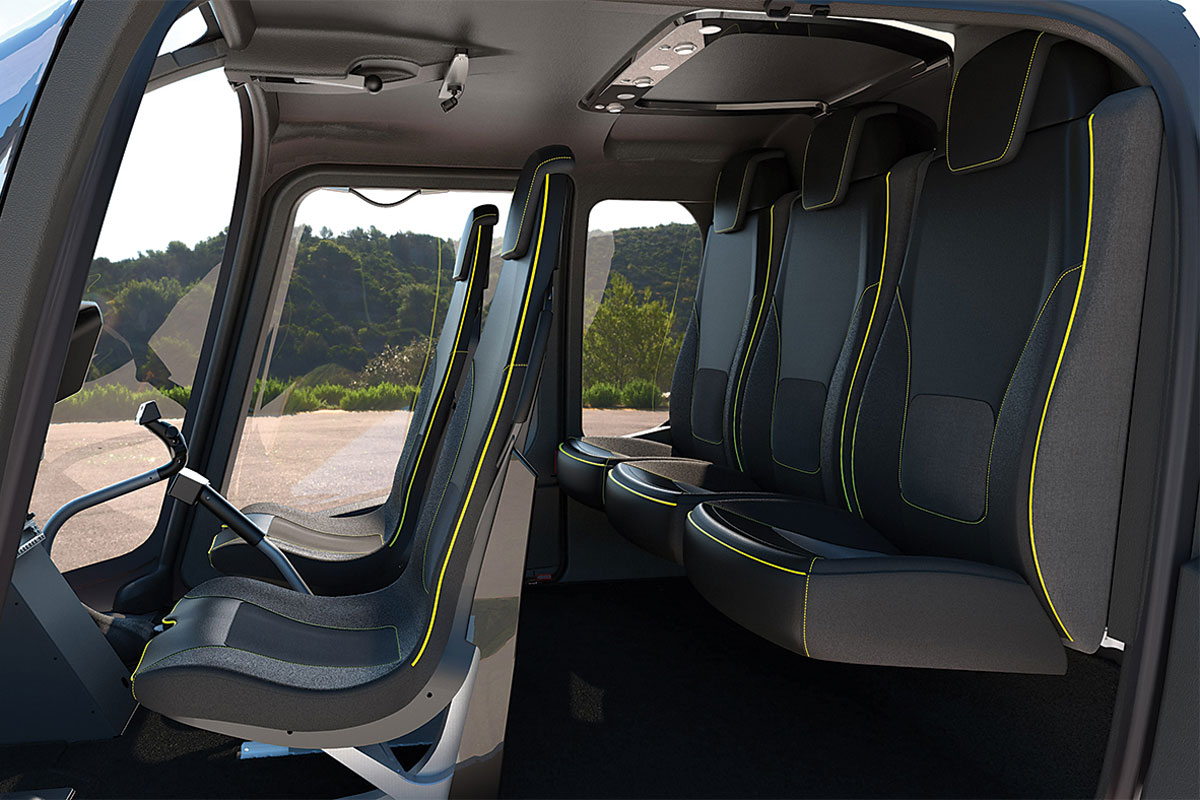 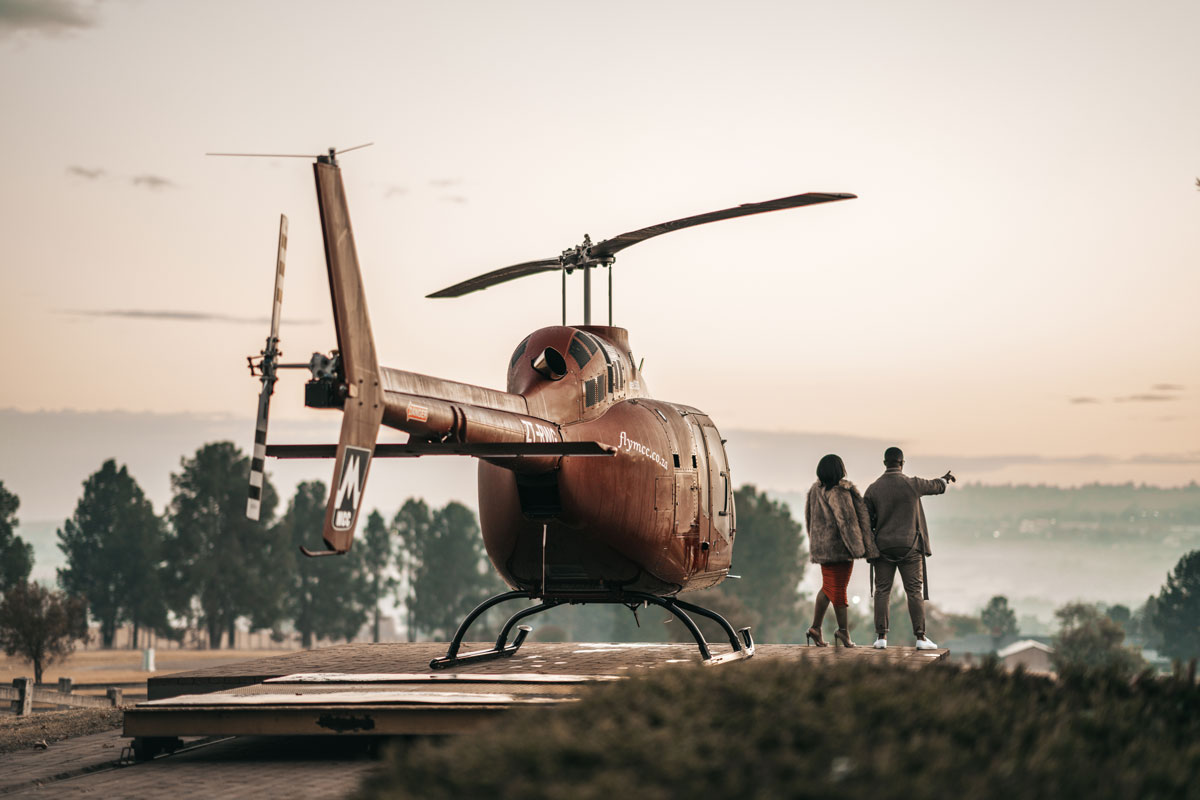 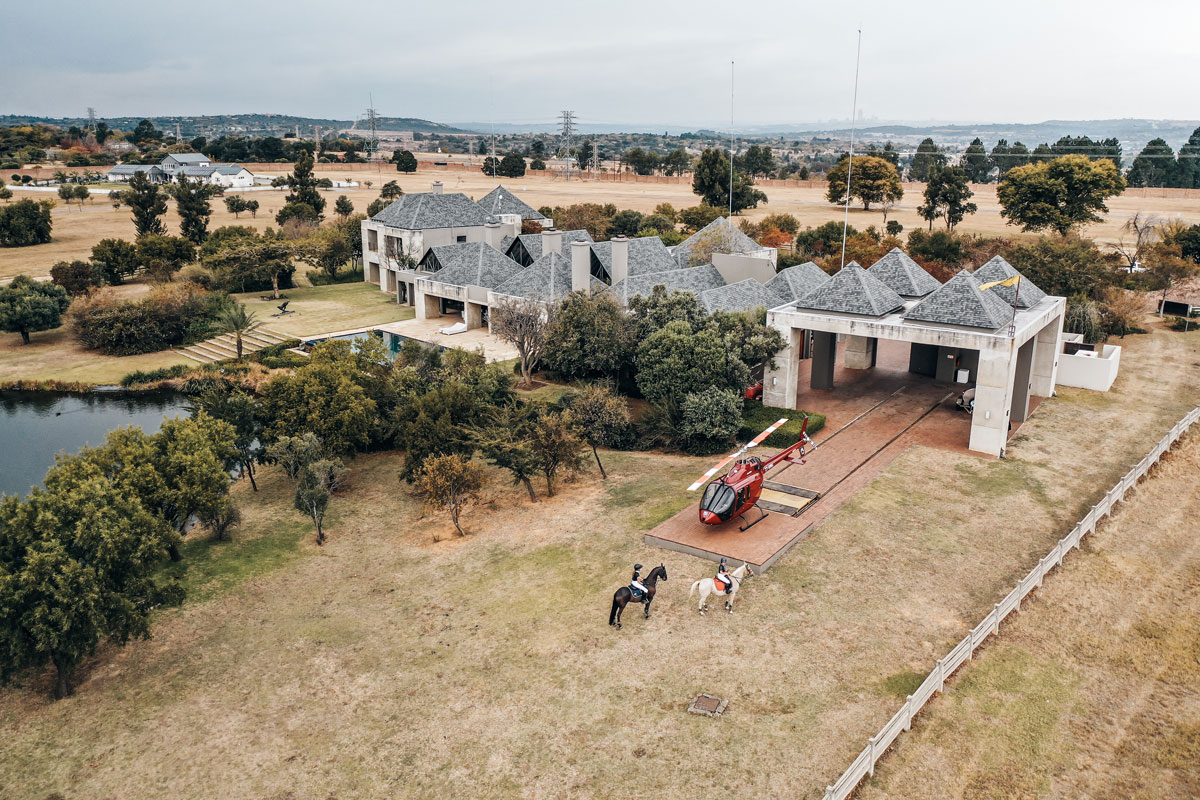 While pilots are gifted more autonomy and flight control reassurances, passengers also receive their own benefits. The luxury of shortened transit times in a safe and proven aircraft married with comfort and premium finishes encompasses the finer appeal of Bell 505 ownership.

Pragmatic design parameters deliver 18.5-inch wide forward-facing seats for up to five passengers. This opens up unprecedented levels of comfort and practicality that sets a new standard in the SLS segment.

Within a decade since its debut the Bell 505 has proven that a high-tech flight deck and adaptable cabin design can make for one of the most cost-competitive helicopters made for business or pleasure. As safety sits at the forefront of any mode of transport, Bell has pioneered the limits of this critical area by showcasing the latest in pilot and risk mitigation technology through its diverse 505 client base currently operating daily across the world.

A legacy dominating the skies 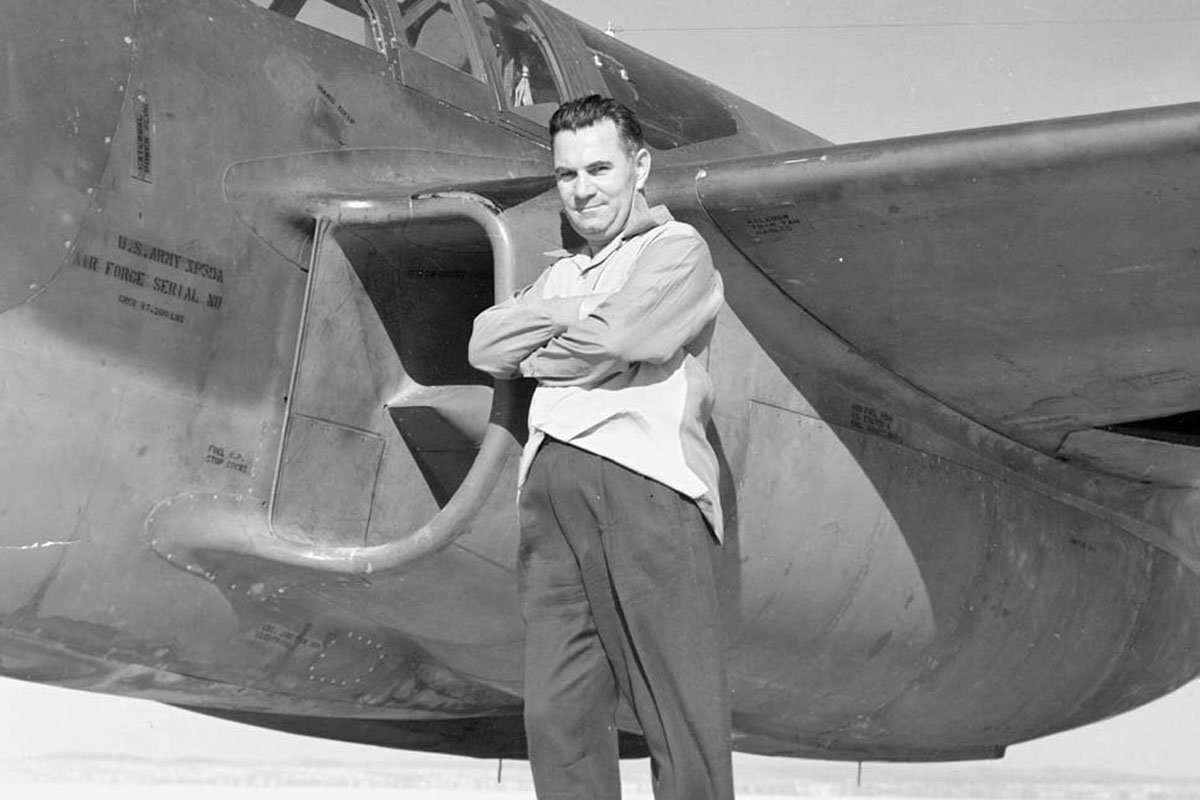 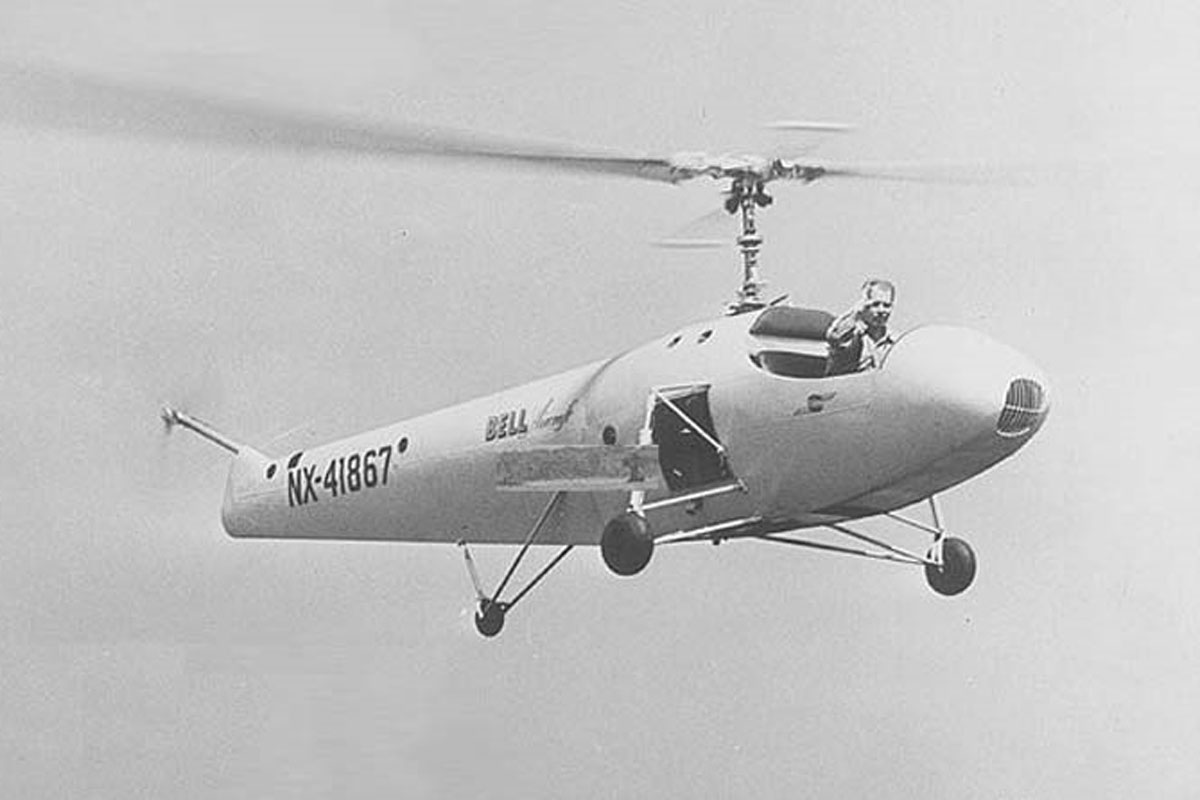 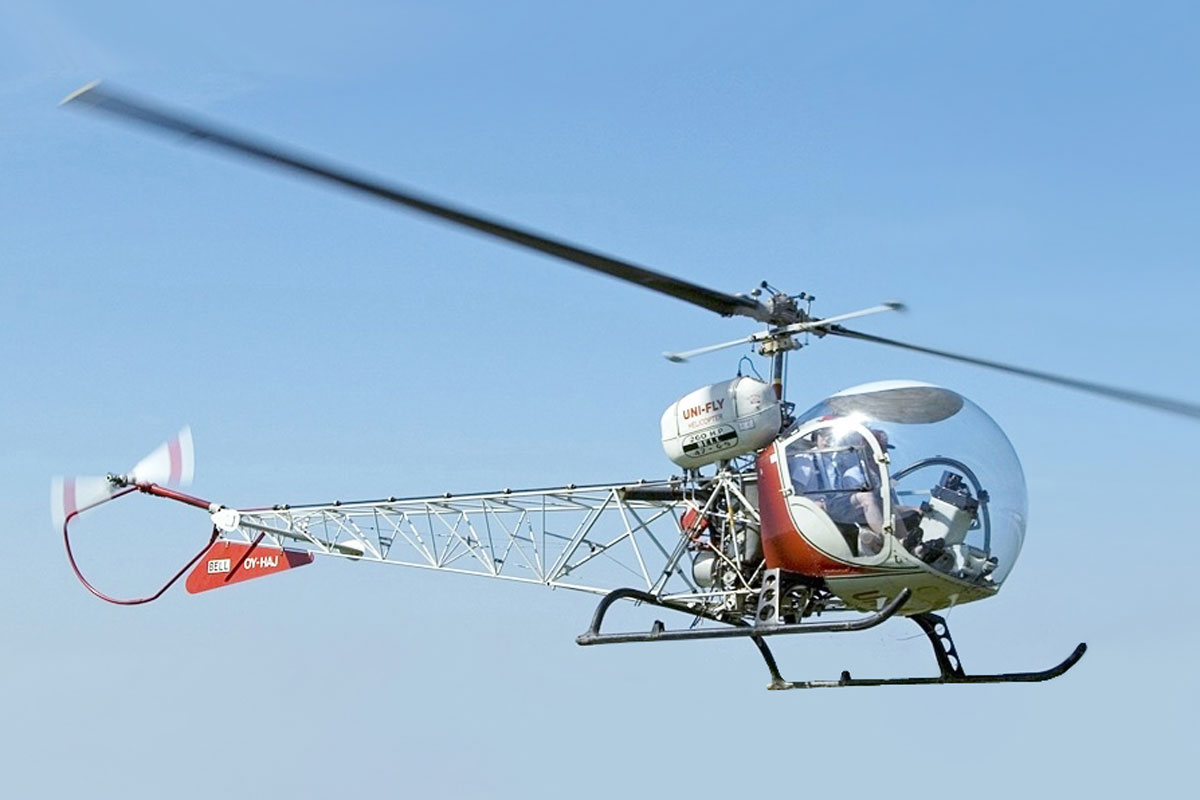 Bell is one of the most prominent names in aviation history. Its conception came about in 1935 when Lawrence Dale Bell founded the Bell Aircraft Corporation in Buffalo, New York. Its mission at the time? To design and build the most dominant fighter aircrafts in the world. From the P-59 Airacomet, the first American jet fighter, to the sound barrier-breaking experimental project known as the Bell X-1, the company quickly established itself as pioneers in the field.

Bell’s transition towards helicopters arrived in 1941 when an inventor named Arthur M Young helped expand Bell’s client base beyond government contracts. The Bell 30 became their first full-size helicopter to fly in 1942 before the Bell 47 took the reigns as the first helicopter in the world to be rated by a civil aviation authority. This achievement would ensure it was fully embraced by both civilian and military flyers alike.

Fast-forward to 1960 and American industrial conglomerate Textron would acquire Bell Aerospace, which included its highly esteemed helicopter division. This paved the way for iconic helicopter models like the Bell 206 to once again traverse the lines of operation across both military and commercial spaces. Throughout its operational tenure spanning 55 years, the Bell 206 successfully accomplished multiple around-the-world helicopter flights with zero issues.

Today, Bell continues to push the boundaries of the SLS helicopter category with the 505. Most recently the Bell 505 Jet Ranger X achieved Type Certification for performance information expansion at up to 6,858-metre density altitude. This feat sets the standard for high altitude operations for aircrafts in this class.

LaShan Bonaparte, the Vice President of Commercial Programs, explains why the Bell 505 is the most advanced SLS helicopter in the world.

“High-altitude demonstrations are another testament to the aircraft’s ability to perform in the most demanding environments, across a variety of segments.”

In 2019, the Bell 505 successfully showcased its performance capabilities with high-altitude flight test demonstrations in Nepal. The helicopter accomplished numerous take-offs and landings at density altitudes between 5486 and 5638 metres as well as the evaluation of landings with the loss of control system hydraulic boost.

It’s this relentless dedication to customer-driven design, safety, performance and affordability in an innovative package that makes the Bell 505 the ultimate companion in business. Even its after-sales support is unmatched with a coveted around-the-clock service adding an extra dimension to an impeccable flying experience anywhere in the world.

Visit Bell to register your interest in travelling smarter for work or play.