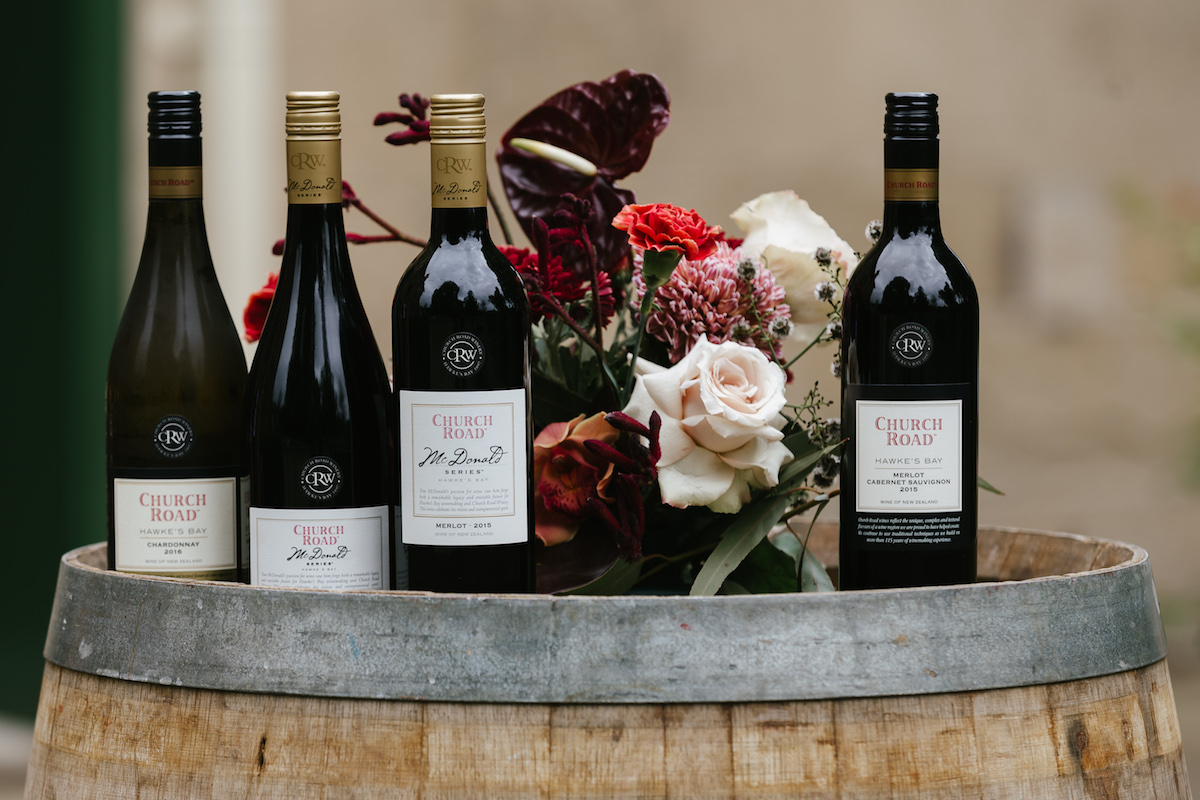 Tucked away from the frantic rush of Sydney lunch crowds is the historic Rathborne Lodge – the perfect venue for an interactive lunch overflowing with Bordeaux-style vinos and adventurous food pairings.

Dozens of beautiful orchids, carnations, chrysanthemums and roses lined the centre of a long, timber table, with a gold plate and nine wineglasses for every place setting – the glasses were filled with wines such as the Gwen Rosé (the vineyard’s latest offering), McDonald Series Chardonnay 2017, TOM Merlot Cabernet 2014 and the Hawkes Bay star, McDonald Syrah 2016.

“When you can sit down and taste a wine that’s really close to the picture you had in your head of what the wine should taste like, that’s success,” – Chris Scott 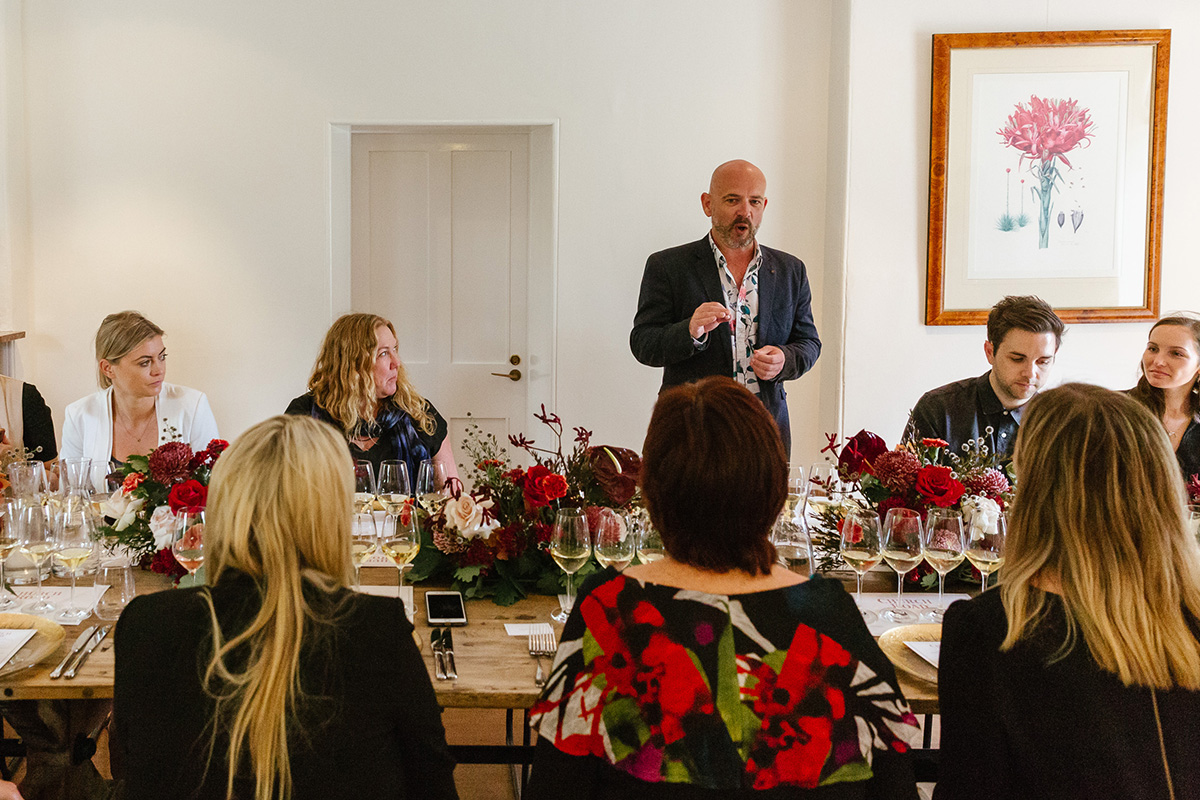 Scott, who has been working at the oldest winery in New Zealand for more than two decades, told The CEO Magazine his passion to master every vintage was the simple inspiration for creating new wines.

“The main drive is to take what you learned last year and improve on that again and try and do a little bit better the next year,” he says. “We’re very quality focused and we want to get better so that’s the inspiration. Playing around with other styles is always fun too.”

“People jump into the industry, potentially not knowing much about the work and have these romantic notions about what winemaking is, and most of it is hard, dirty, repetitive, physical work,” – Scott

Despite having several accolades to his name including Winemaker of the Year by the New Zealand International Wine Show, the seasoned winemaker (a title he says was the next best thing to being a drug dealer in the early days of the industry in New Zealand) evolved from humble beginnings.

Wanting to earn some coin while studying for a wine science degree in the 1990s, Scott says he was the only one of the 15 students in his class to accept a vineyard trimming job paying NZ$7.10 an hour.

“I didn’t care about the money, I just wanted the experience,” he says. “It was terrible work; horrible, horrible work, and you got paid nothing – but you learned. 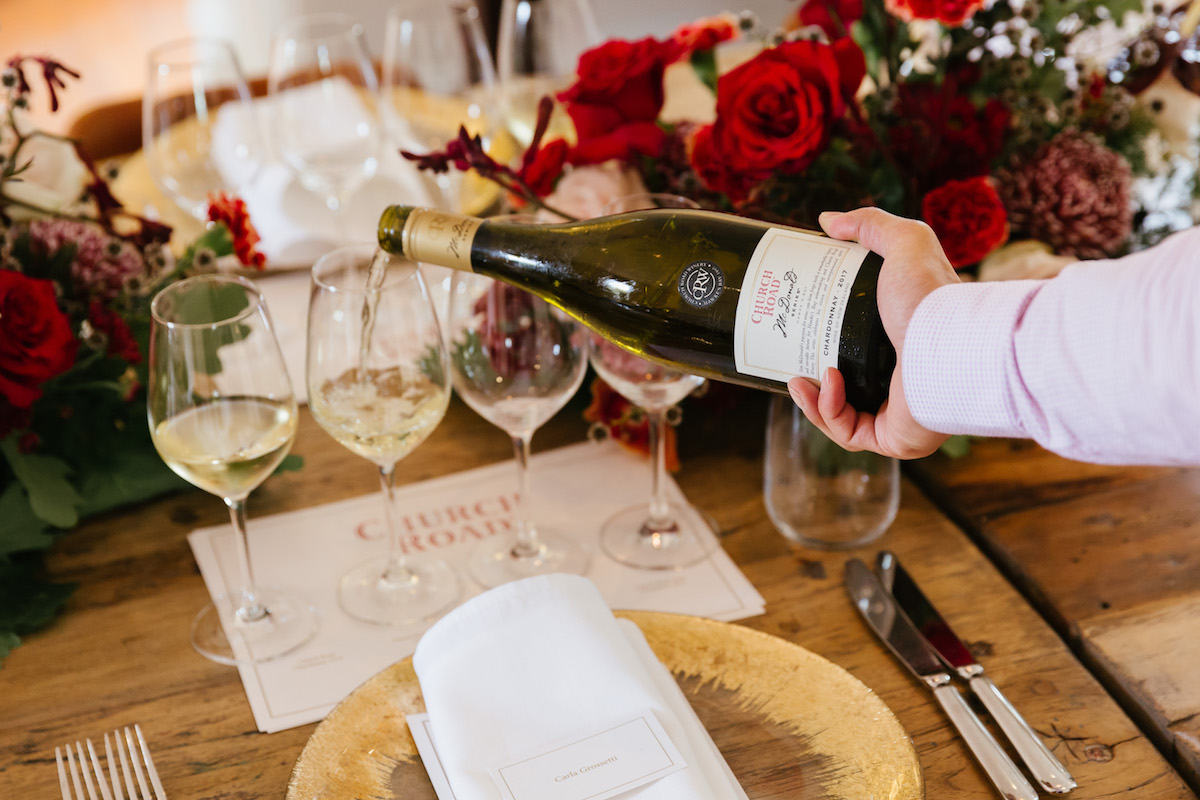 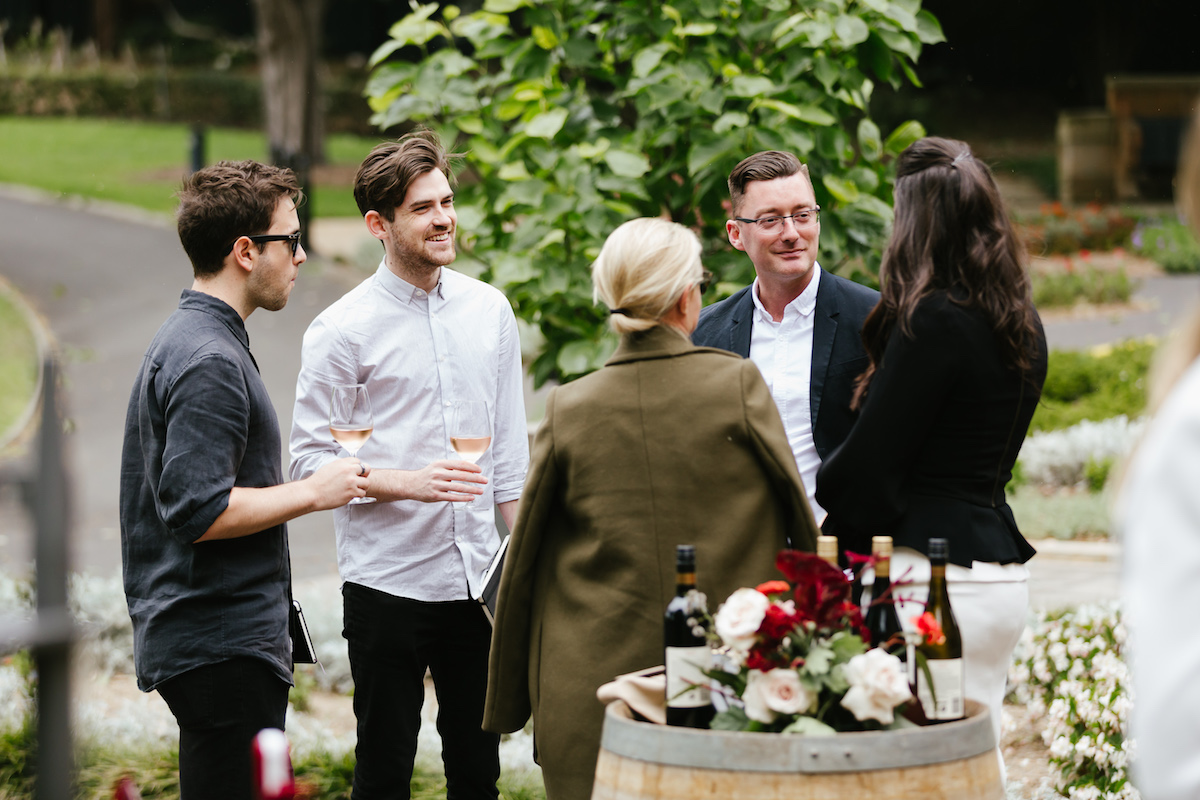 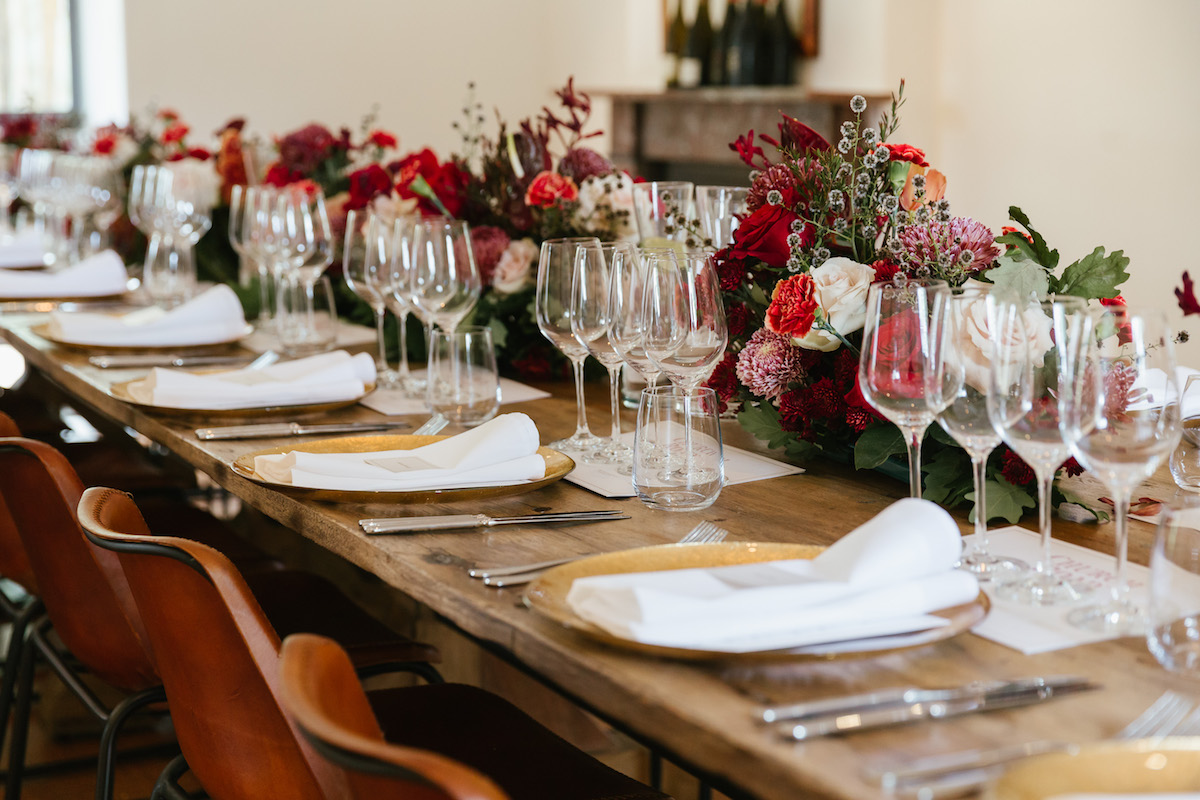 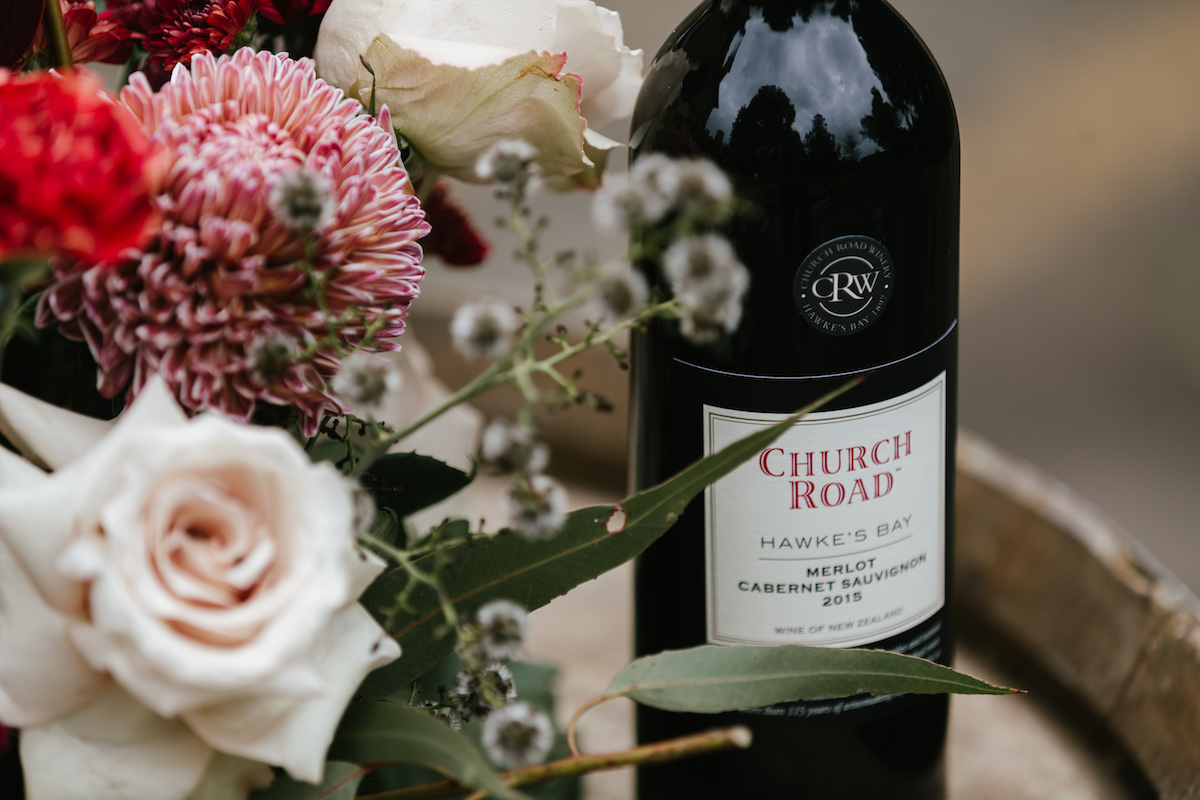 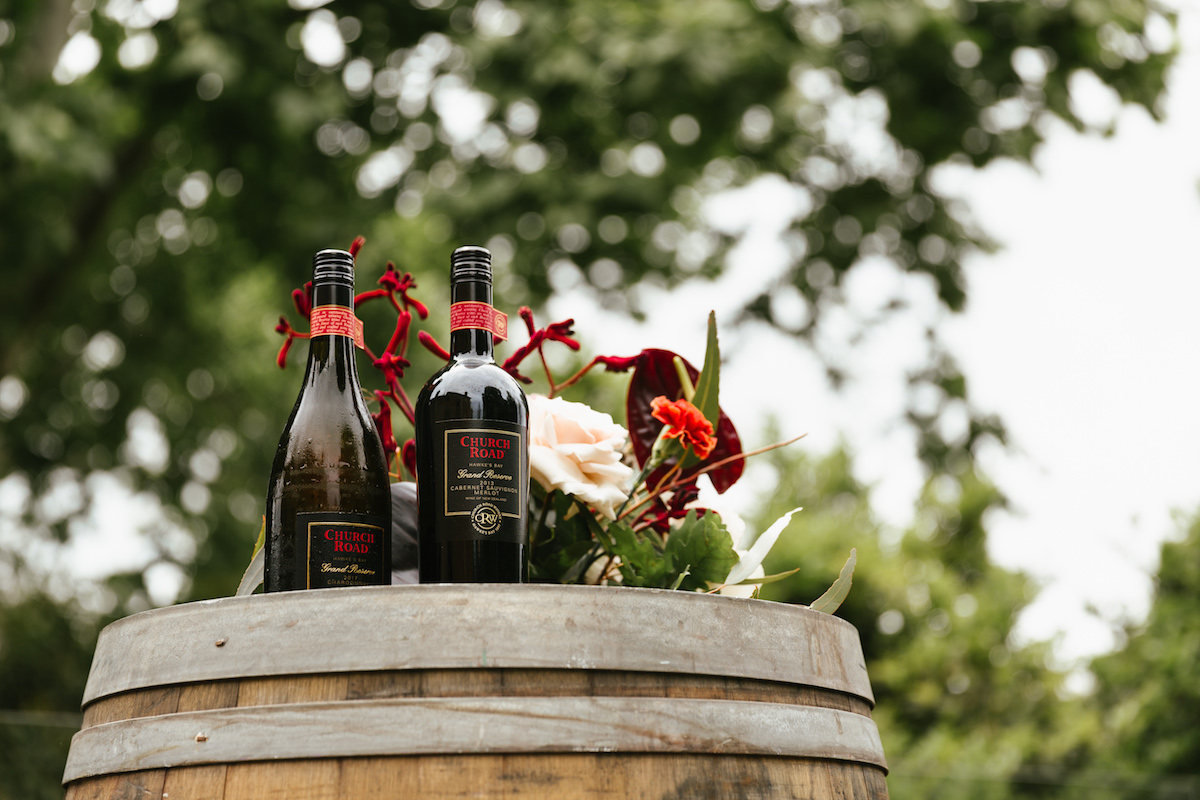 “People jump into the industry, potentially not knowing much about the work and have these romantic notions about what winemaking is, and most of it is hard, dirty, repetitive, physical work.

“I just had a go. It’s like anything you might jump into you. You hope you’ll be good at it and I guess I’ve been lucky enough that I have been. It’s been a lot of hard work and, hopefully, not all purely luck.” 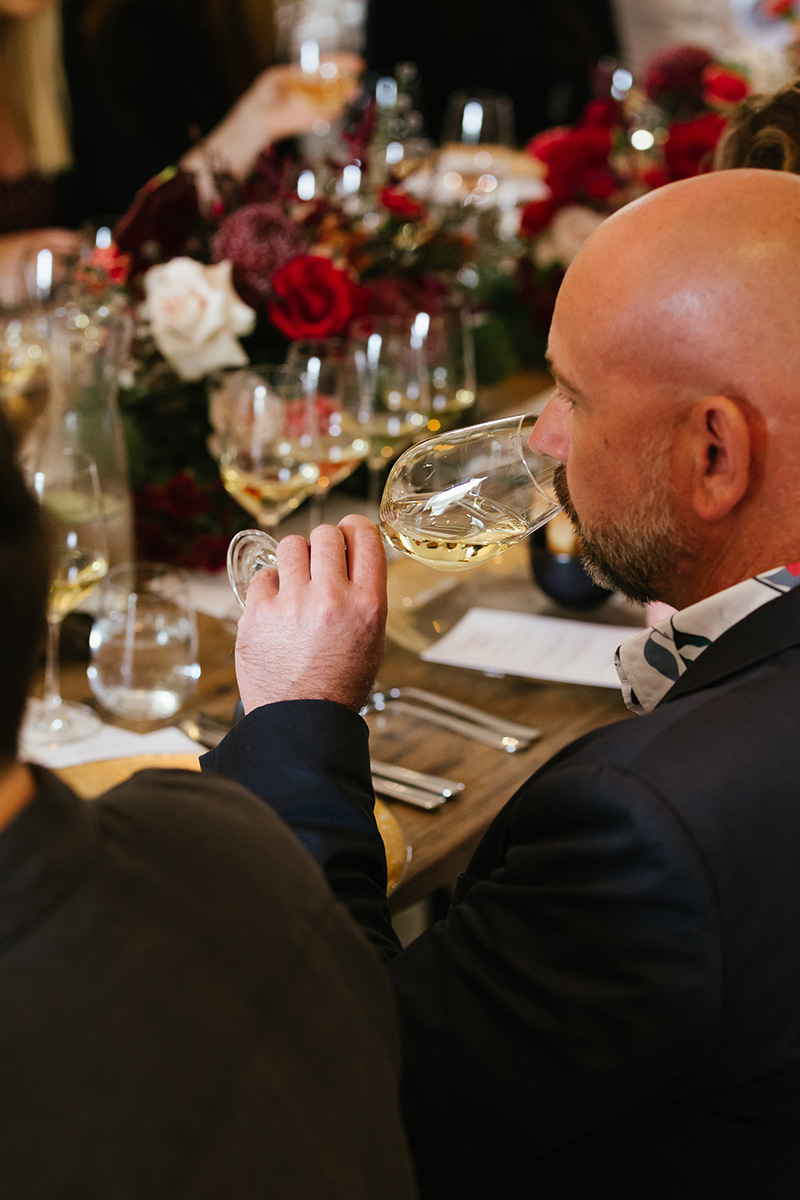 Climbing his way up the vineyard ladder from working the earth, driving the tractor – a position that took a year to get promoted to only for him to crash into a post on his first day – to reaching the pinnacle of chief winemaker, Scott says he looks after his team like a head chef would a restaurant.

“Most winemakers average 35 harvests in their entire life, and I’ve done 21,” Scott says. “If you manage around 35 harvests, that’s like a chef getting 35 goes at cooking the perfect steak, and that’s it.

With more than 27 gold medals to its name, the heritage company was the first in New Zealand to craft French Bordeaux-style wine, and its traditional winemaking skills continue to flow through the brand and into Church Road’s TOM range – the flagship of the business.

The collection is a tribute to Tom McDonald who bought the company in 1936 and was awarded an Order of the British Empire for his contribution to the New Zealand wine industry in 1976.

As the connoisseurs attempt to craft the perfect wine, which Scott says is impossible because perfection doesn’t exist, the TOM range is the closest the winery has come to in crafting the ultimate drop.

“At the end of the day, you can sit back with a wine you’ve put into bottles and know that, while it may not be perfect, we get closer and closer and closer to the ideal,” Scott says. “When you can sit down and taste a wine that’s really close to the picture you had in your head of what the wine should taste like, that’s success.” 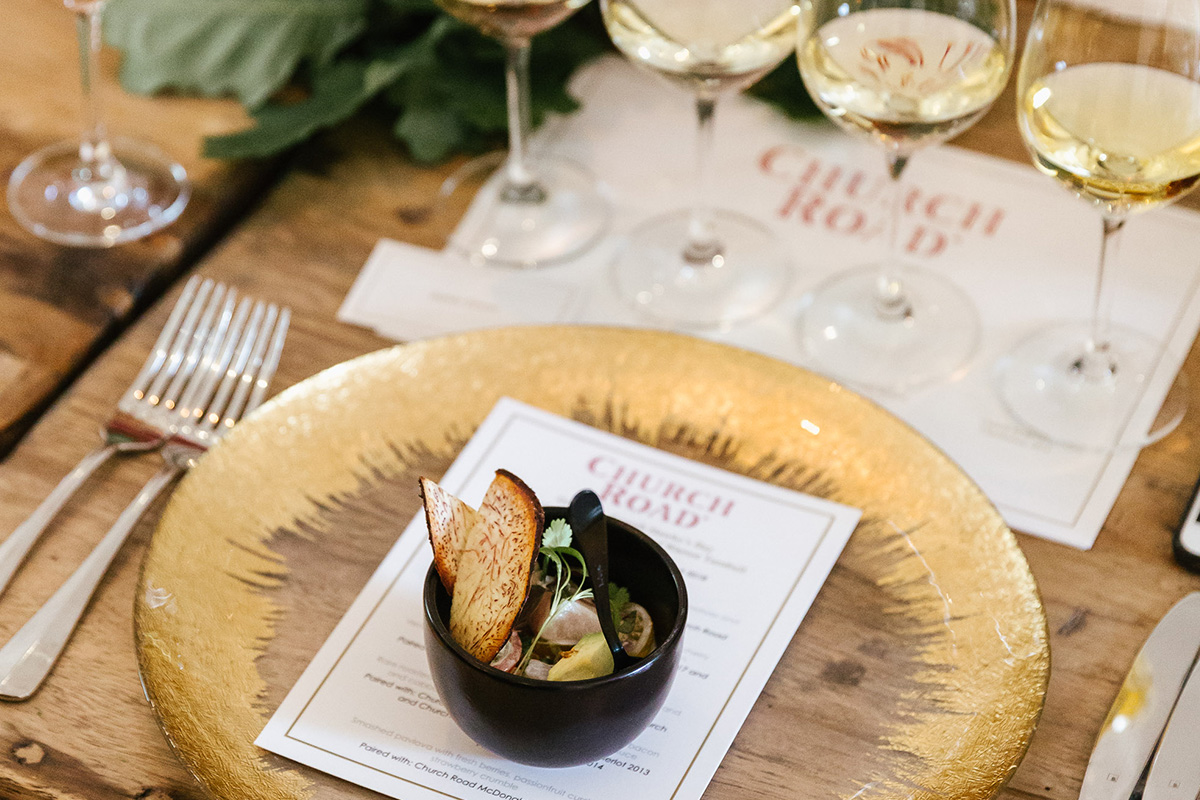 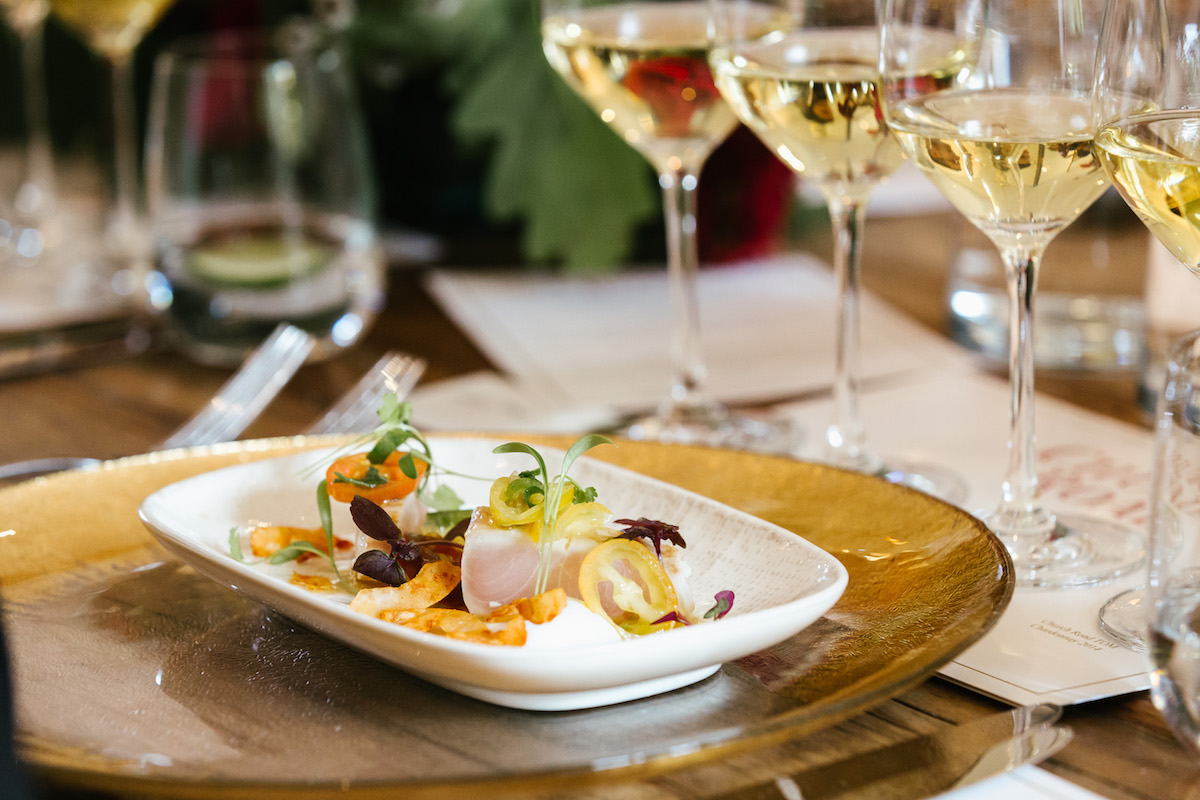 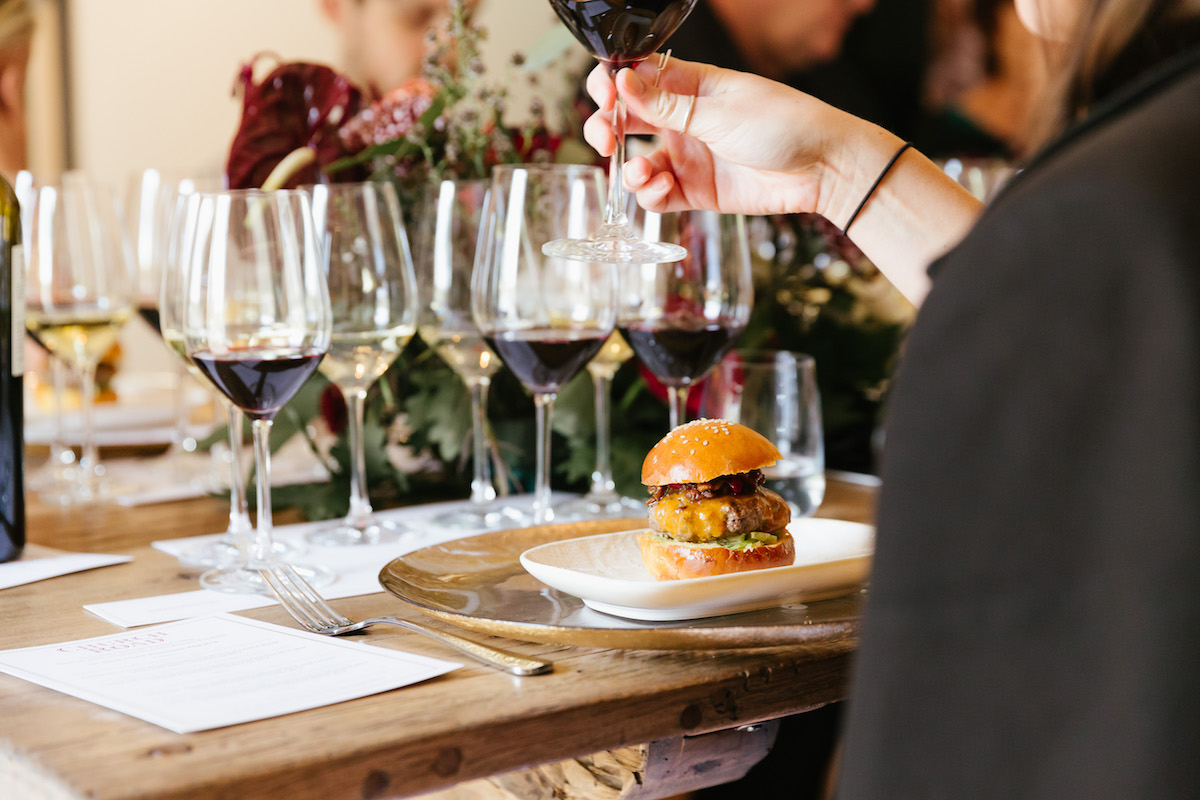 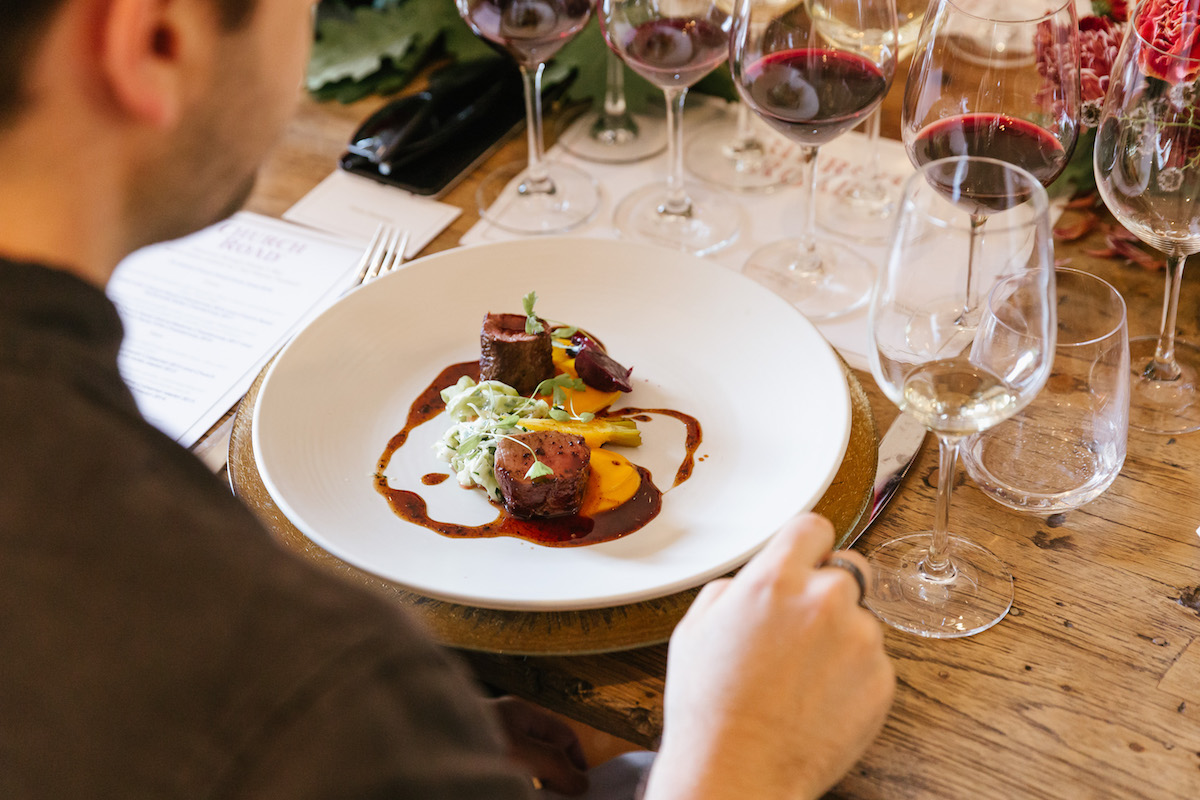 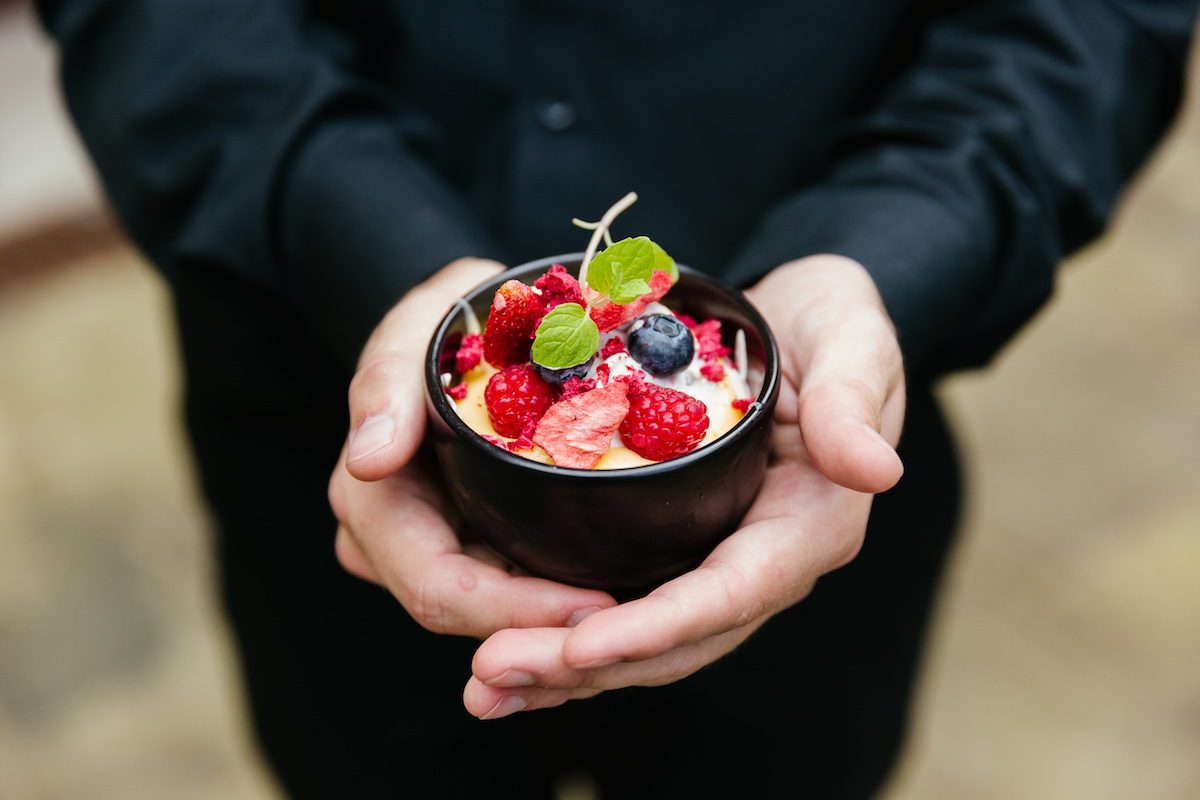 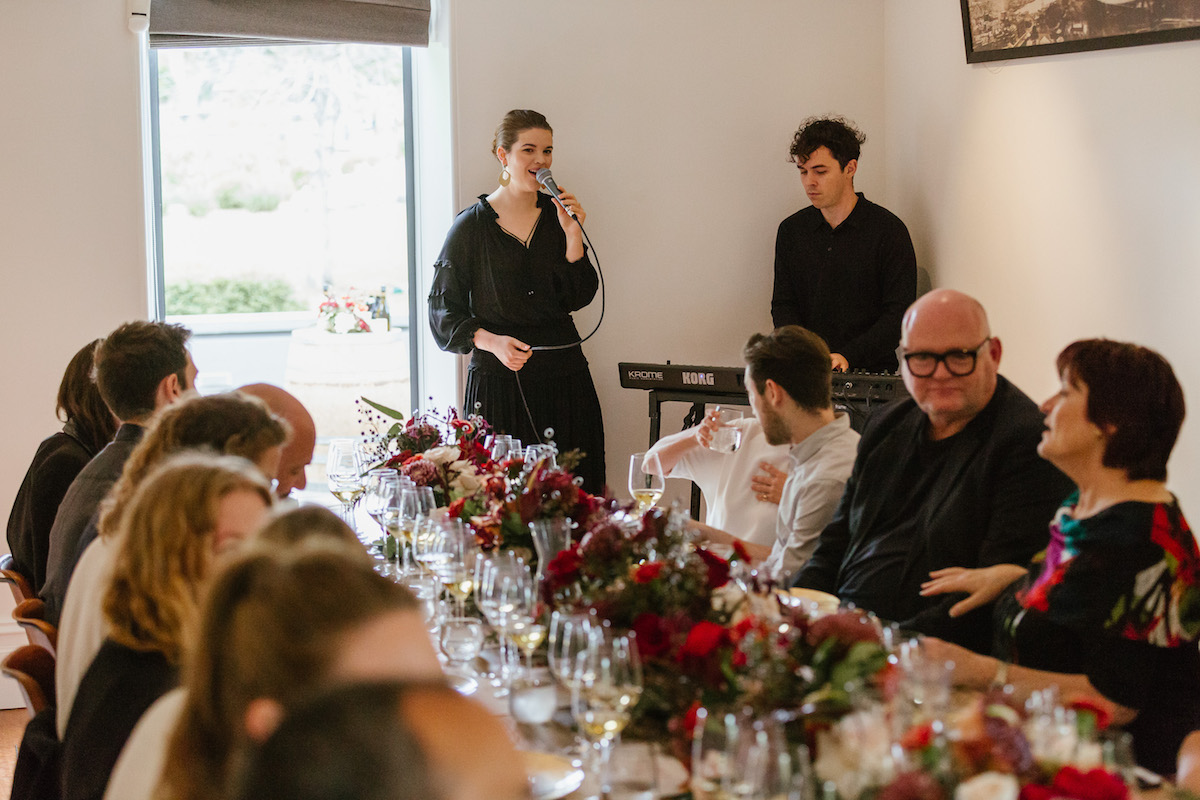 Church Road, which was founded in 1897, is planning to launch its range in Australia with its Gwen Rosé, expected to land next year – a big move considering it was historically a masculine label.

Over 20 years in the industry has taught Scott to ride the waves of the ever-changing wine trends, with the biggest being consumers developing a more refined taste.

“Wines that once impressed people 20 years ago don’t cut it anymore,” Scott says. “People are looking for more subtlety, more drinkability; and it’s just not a case of the more flavour and weight you put into a bottle, the better.

“People are over that simplistic approach.”

As wine tastes mature, the importance of mastering every skill, from growing the grape to bottling the juice, is more significant than ever.

“The biggest lesson I’ve learned is to make wine like a chef, not like a scientist,” Scott says. “Trust your instincts, trust your taste.

“Don’t make wine in a lab and don’t make it in huge numbers because then you’re not making wine, you’re making Coca-Cola.”