If a few years ago Lennox Hastie was asked about living in Australia, owning a restaurant and winning Chef of the Year, he would have said: “That’s insane.” 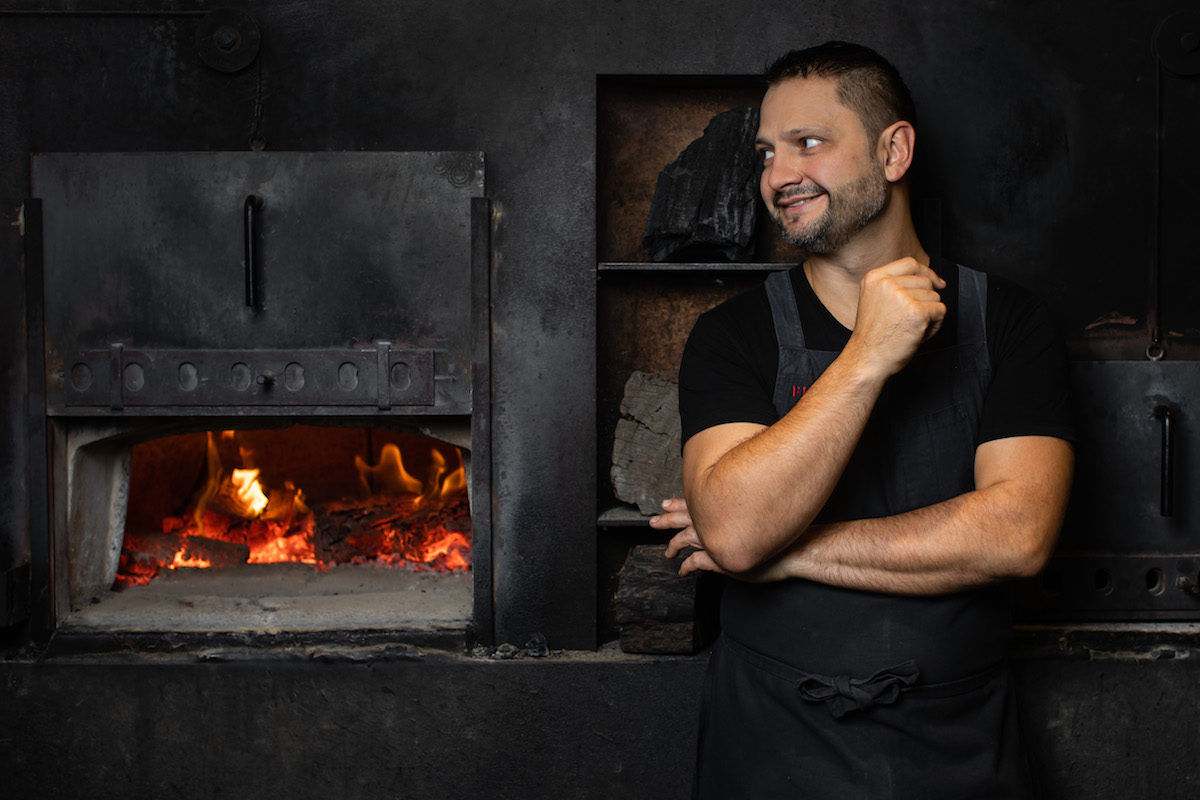 “It goes to show what’s possible,” says Lennox Hastie, the 2020 Citi Chef of the Year, who won the accolade for Sydney’s Firedoor earlier this month. Based in Surry Hills, Lennox’s kitchen, with no power or gas, is fuelled only by fire. The restaurant he owns and operates in partnership with Fink Group is setting new standards of cooking through originality and locality.

“I wanted to do something that had never been done before,” he stresses. Growing up in the south-east of England, during a time when “cooking wasn’t seen as a profession”, Lennox quickly caught the cooking bug.

“I loved the environment and wanted to immerse myself in it completely,” he says, reflecting on that period of his life. “I moved to London and started working at Le Gavroche, then moved to Oxford and spent four years working in the two Michelin star Le Manoir aux Quat’ Saisons with Raymond Blanc.” 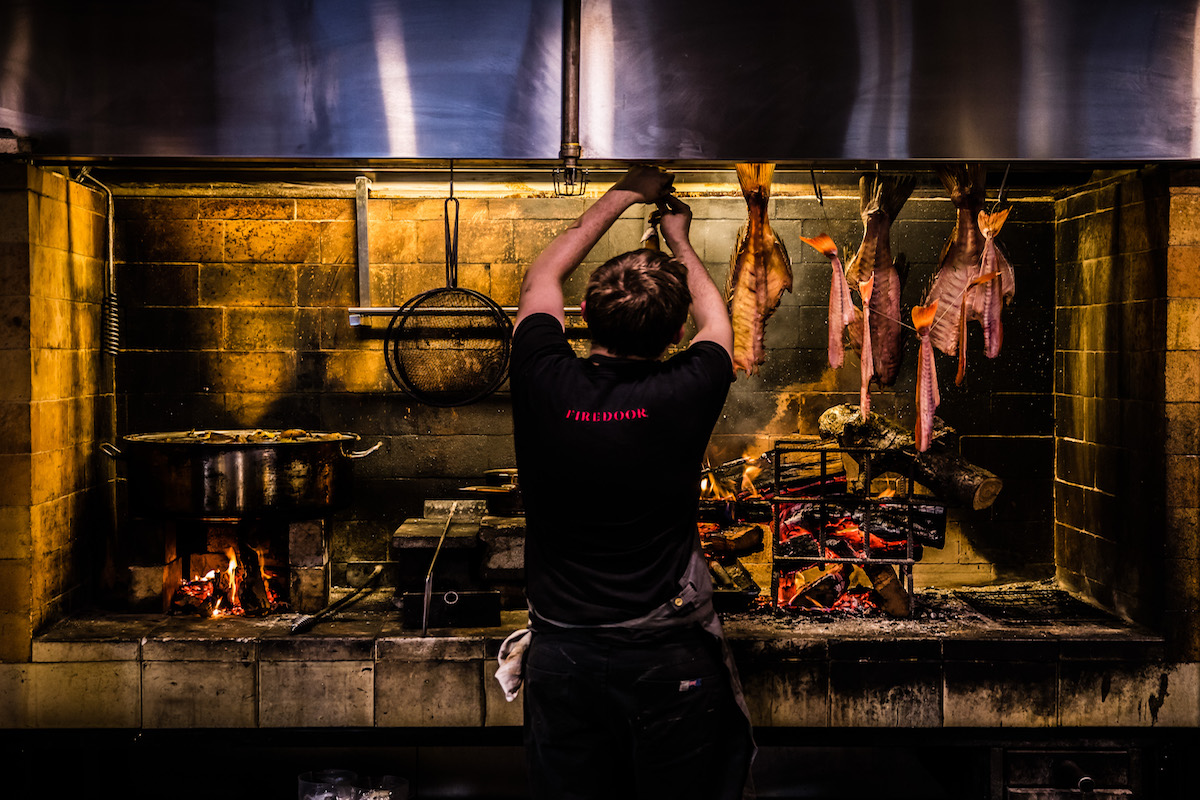 Lennox went on to work in France at a three Michelin star establishment, before making the life-changing move to Spain to cook at another three Michelin star restaurant. “I always wanted to improve and learn as I went. At that stage there was a big movement in cuisine at the top end, moving towards techniques, focus and molecular cuisine.”

Realising the molecular cuisine movement wasn’t a type of cooking he could get passionate about, Lennox looked for his next challenge. This led him to a small grill restaurant in the Basque mountains. “(This is) where my eyes took in a very different form of cooking and what was possible on the grill. That’s something that I’ve expanded on, year-on-year, in terms of exploration,” he says.

“It’s a journey of working with different ingredients and finding the best way to cook them over a fire, then present that to my guests.” 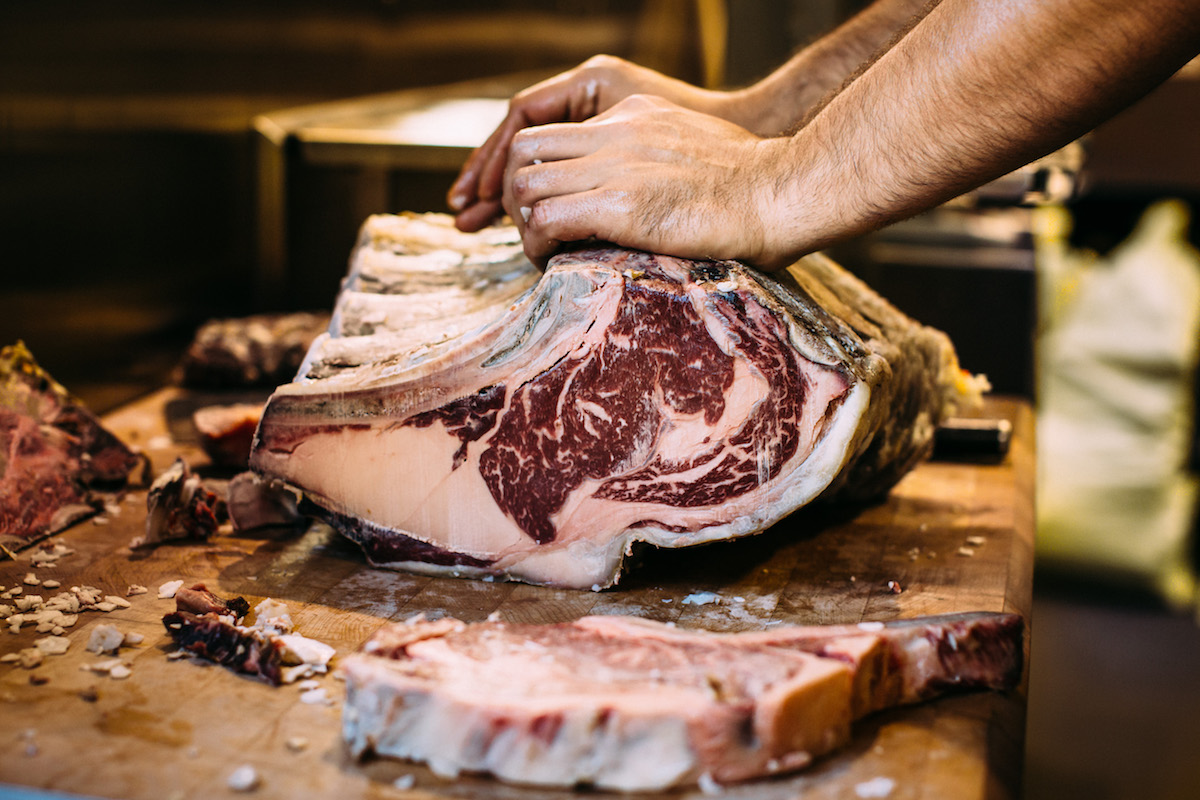 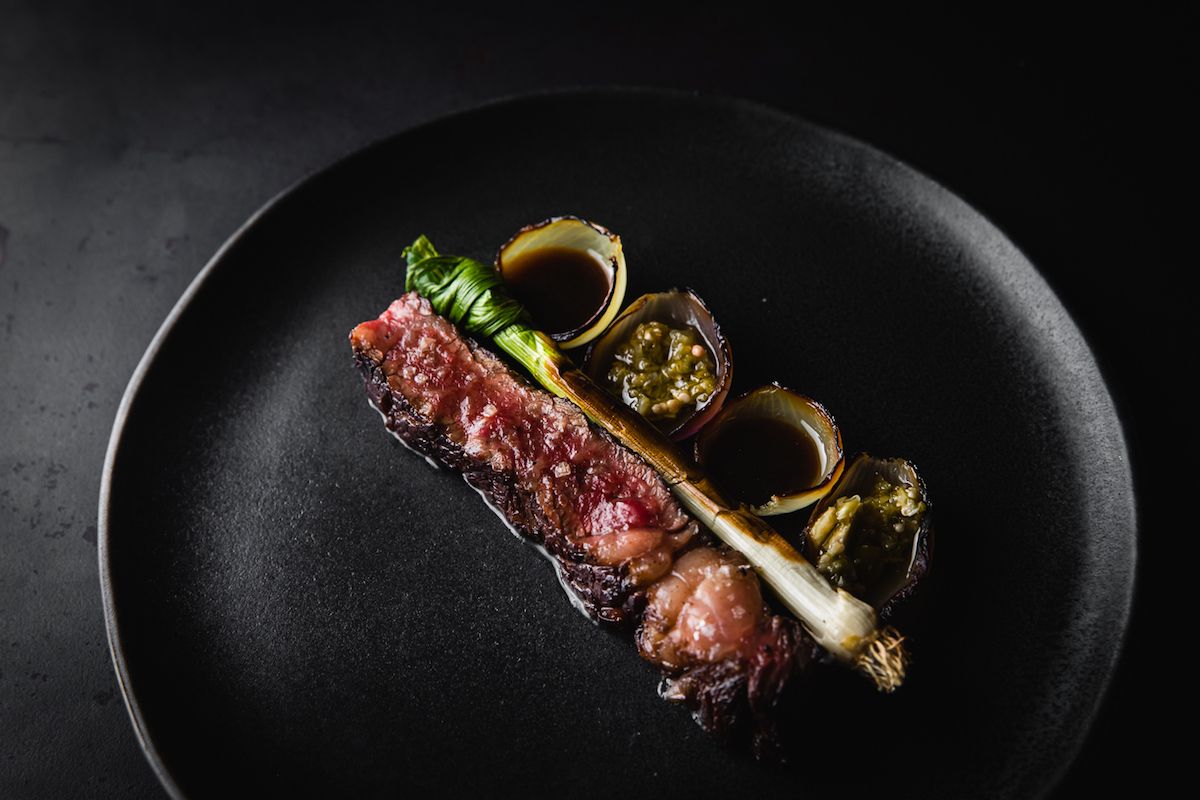 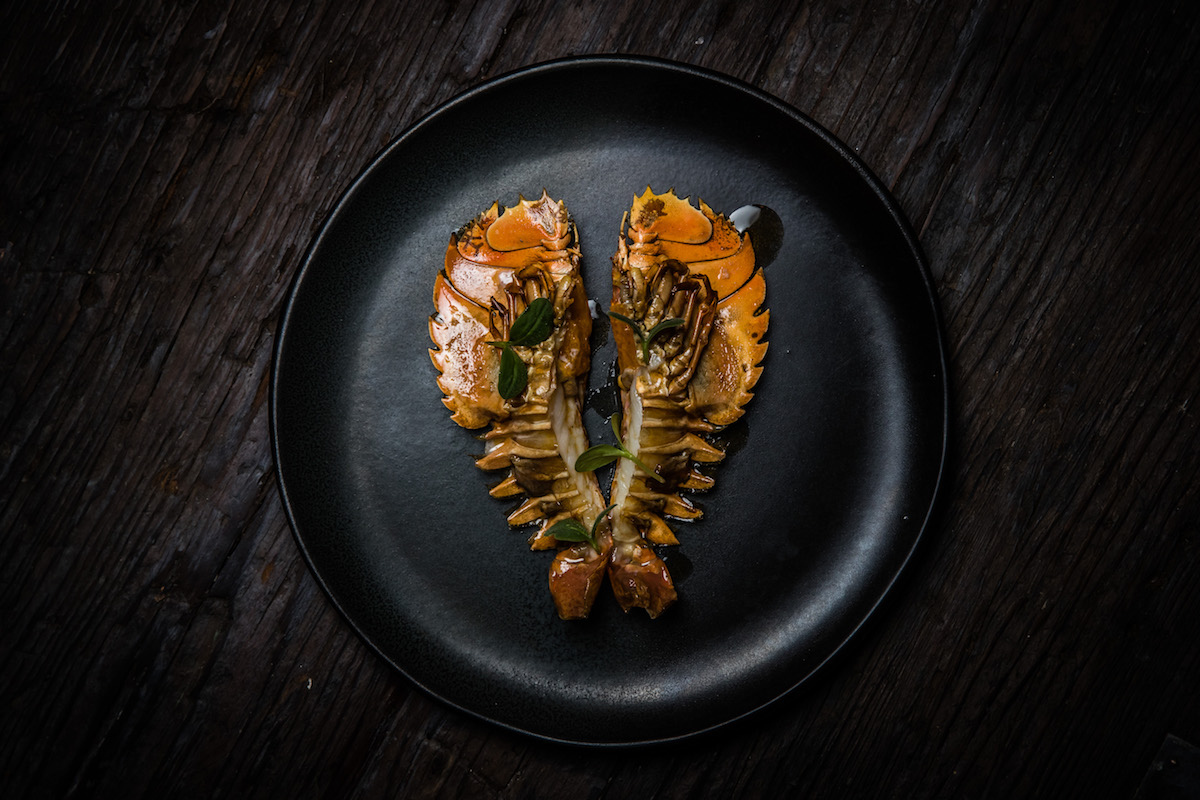 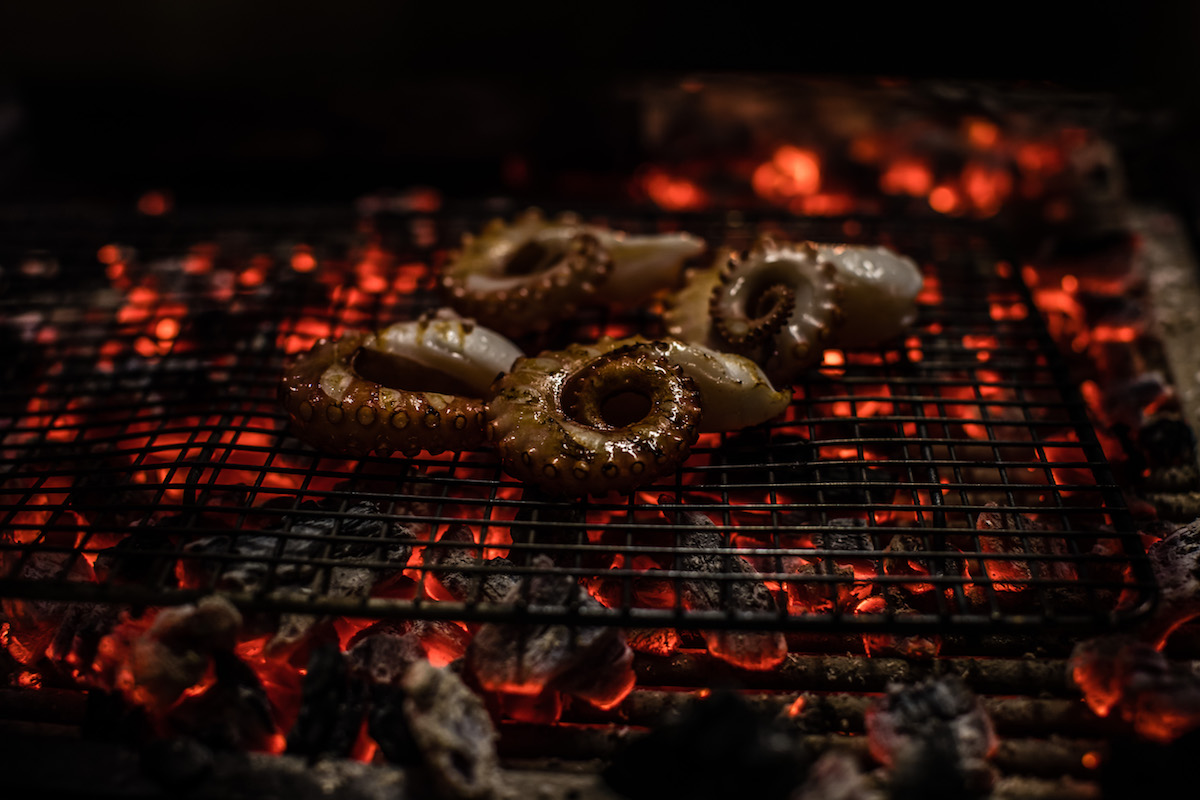 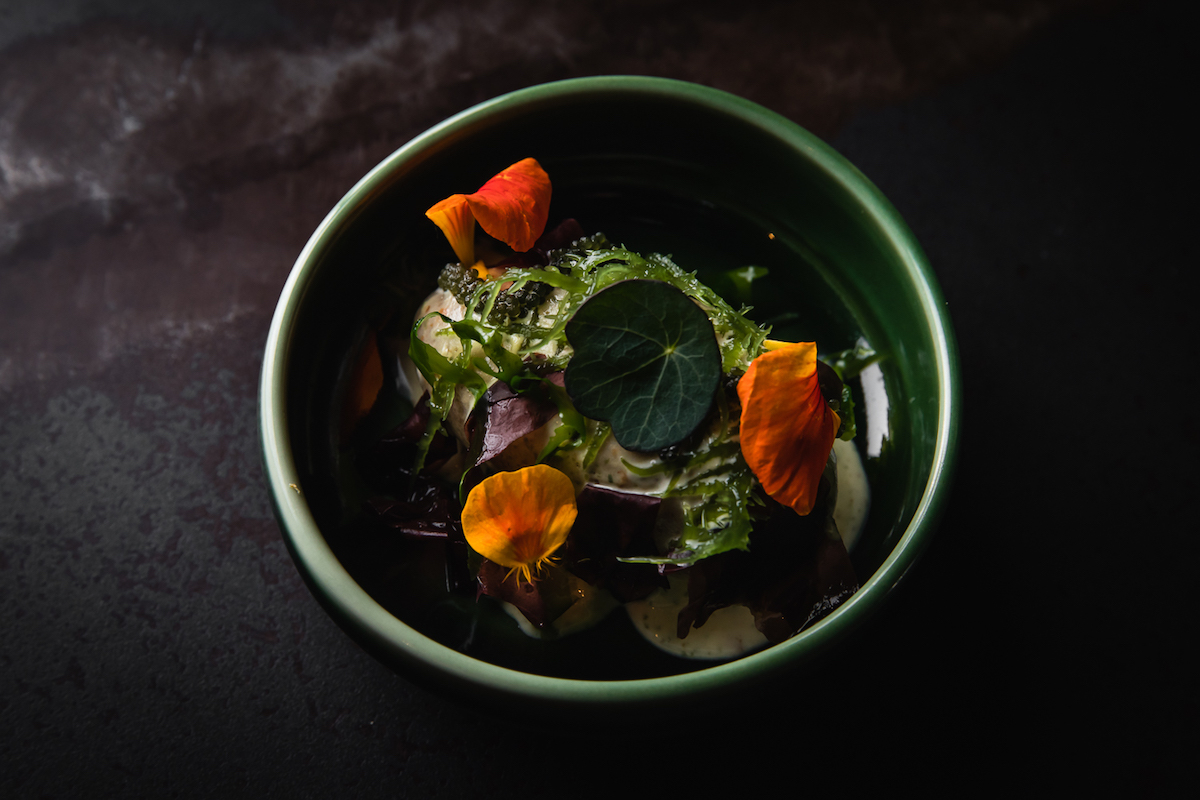 The move to Australia was a natural progression. Lennox, who is half Australian, saw it as an opportunity. “I had gone to Spain for one year and stayed for five years. It was time to move on. At that stage, my partner got a post in Australia, and after many years of living apart in different countries, I decided to follow.”

Lennox knew that he could no longer work for someone else, so opening a restaurant was the next step. “Firedoor was based on ingredients in the woods,” he says, “so I had to take time out and look at certain ingredients and the wood itself.”

Lennox had to see whether the idea he had was possible and whether there was a compelling enough story in the ingredients. “Just cooking for eating’s sake is not me. It’s about relating the ingredients to the guests and, also, how I relate to the ingredients,” he says. “It’s something I’m extremely passionate about.”

“I had built the restaurant; I designed the kitchen, and I built equipment that had never been tested before. Essentially the restaurant was a prototype for restaurant testing. There’s a lot that can go wrong with that.”

After many talks with hospitality companies, Lennox signed a contract with Fink Group. “My focus is on quality over quantity and that found residence among the Fink Group,” he adds. “My goal was to own a restaurant in the city for five years, get a bit of a reputation, save money and then go and open my restaurant in the country.” 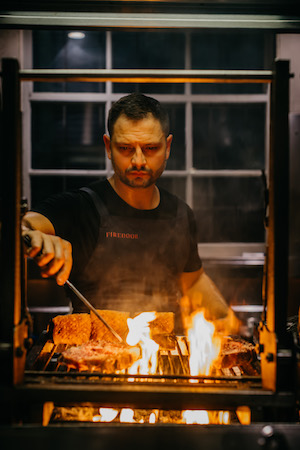 Lennox Hastie on the grill at Firedoor

But before this stage, Lennox struggled to find a suitable space that would accommodate. Over four years, he viewed around 120 sites. He says some projects don’t work immediately and others you spend months on before realising it’s not cost-effective.

In 2014, Firedoor was ready to open. “I was nervous as hell, and the pressure was immense, particularly because there was no blueprint for what I was doing. I had built the restaurant; I designed the kitchen, and I built equipment that had never been tested before. Essentially the restaurant was a prototype for restaurant testing. There’s a lot that can go wrong with that,” he says.

There was also the challenge of building the dishes. With ingredients coming in through the door and no menu, this was another element that gradually evolved over time. “It continues to evolve,” Lennox adds. “Every year we get better at what we do. When you cook intuitively, it comes from practice and experience, and you add layers over the years and improve the game.”

Lennox wanted to not only showcase the best ingredients available during that day but also to interact with the guests directly. “We cook to order, which doesn’t happen a lot in restaurants these days. We kill our seafood to order, grill it and then serve it,” he says. “There’s something in that; you can’t experience that anywhere else.”

At the back of a successful restaurant is a close-knit team following Lennox’s lead. “I’m very much leading from the front. I’m in the trenches on the grills every night in my restaurant. It’s what I love to do. It’s also about getting the team excited and passionate about whatever it is they want to do; whether it’s the ingredients or the fire,” he says.

“Food experiences are some of the most powerful experiences you can have. When we eat something amazing, it can really move us.”

Firedoor has been in business for nearly five years. So, what’s next for the acclaimed chef? 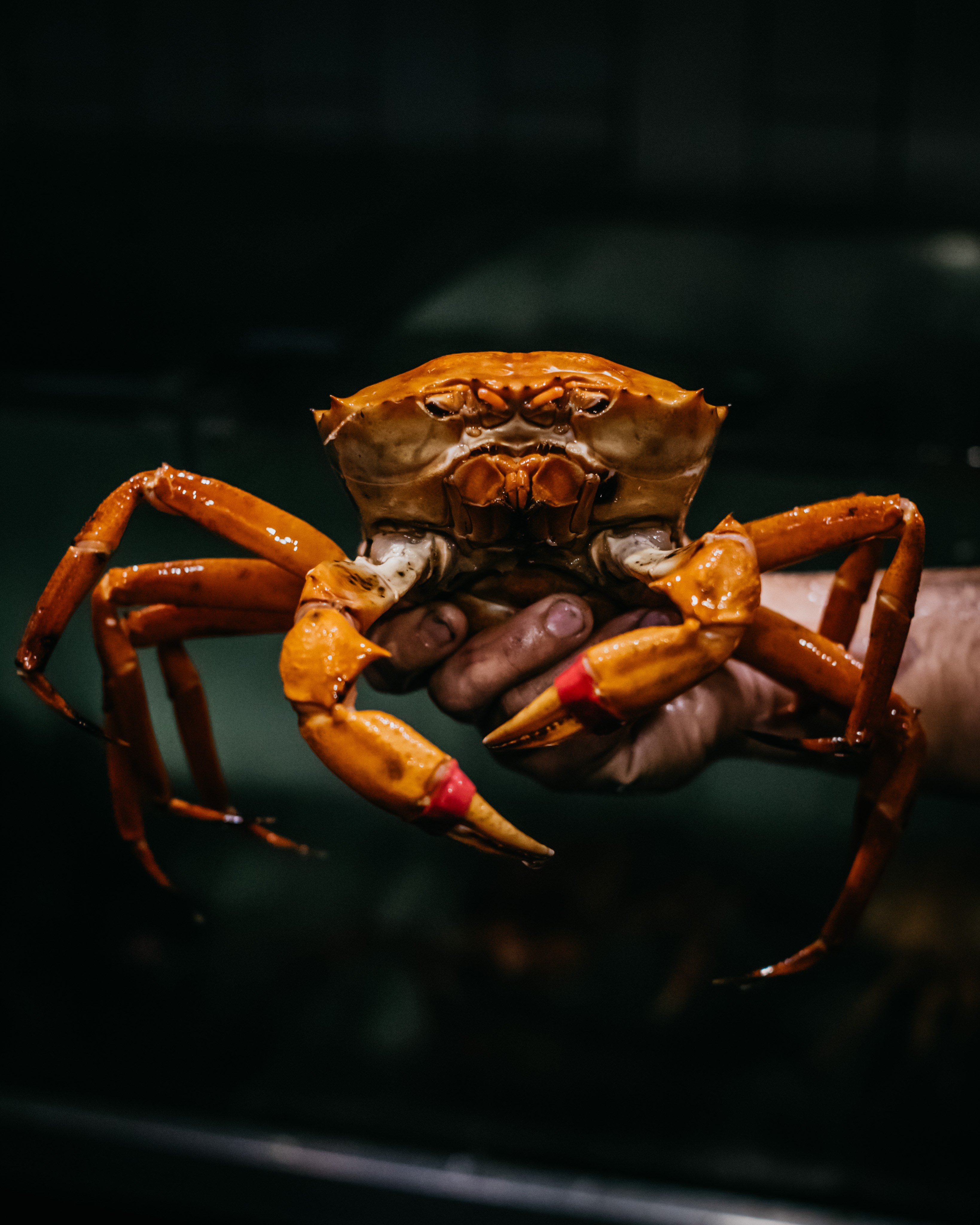 “My original plan was to spend five years in the city and then move to the country. I know plans change and things happen throughout the process. The restaurant has evolved year-on-year, but I still feel my logical next step is to move, to have more space and freedom. To be close to the ingredients, and to have more time with the guests.”

Looking back, Lennox is grateful for the journey and the opportunities he has had thus far. “I get emotional (talking about Firedoor’s beginnings). It was about building something tangible from scratch as well as providing a stage for the ingredients.

“You’re giving people an experience they will carry with them forever. Whether it be a special occasion they’re coming for, or just for a bite to eat. Food experiences are some of the most powerful experiences you can have. When we eat something amazing, it can really move us,” he says.

Lennox adds, “It’s all about how you can open people’s eyes to a different ingredient and transform their perception of what was possible.”

Read next: Métisse will turn your perception of French fine dining on its head