Among more than 4,000 elite distilleries, Australia’s Four Pillars has once again snatched the title for International Gin Producer of the Year at IWSC 2020. Co-Founder Matt Jones tells us how they pulled off the impossible. 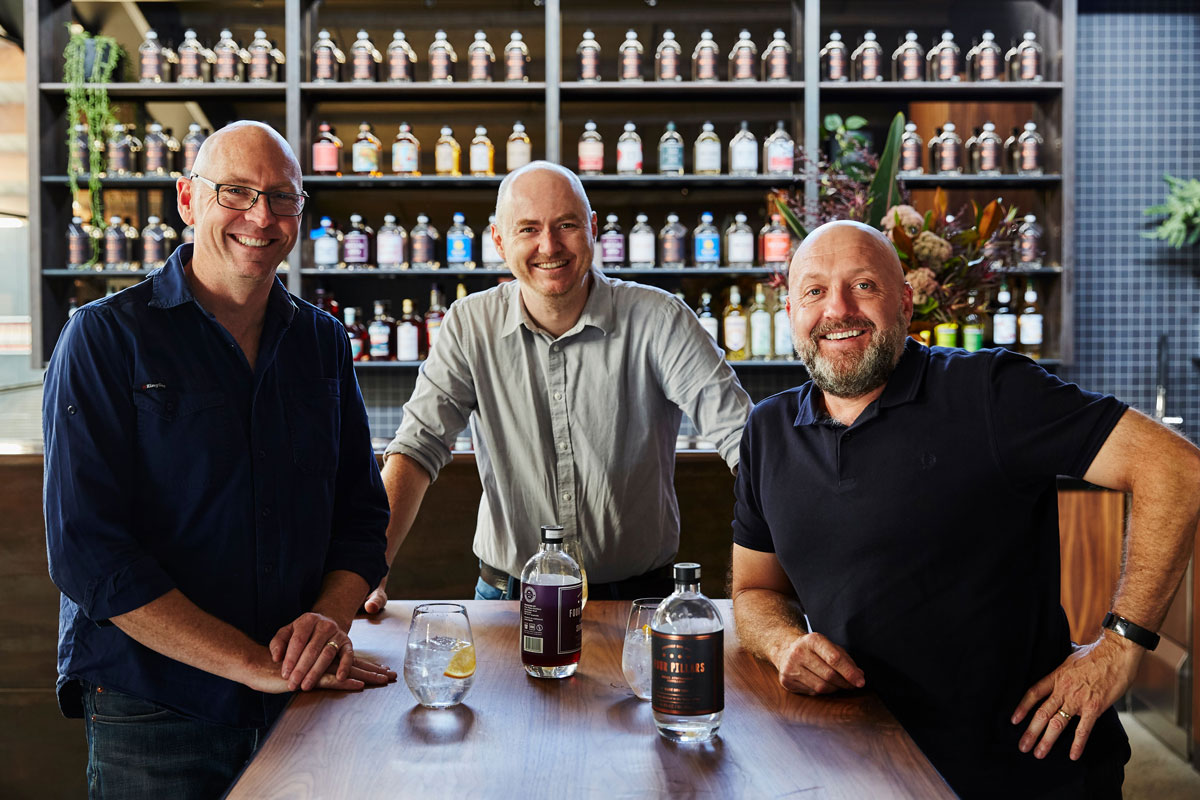 The International Wine & Spirit Competition was established in 1969 as a platform to showcase the world’s top-tier drinks producers. Its awards are considered the industry’s highest honours, so winning one is no easy feat. Winning two in a row is simply unheard of, but that’s exactly what Australia’s Four Pillars has just accomplished.

The Yarra Valley-based distillery took out the prestigious accolade last week after it became the first Australian producer to win any International Producer of the Year title back in 2019. While the normally black tie event was a more muted affair in 2020, it didn’t stop the limelight from being shone on its trio of Founders: Cameron Mackenzie, Stuart Gregor and Matt Jones.

In just seven short years since its inception in 2013, Four Pillars has managed to put Australian gin on the map while also taking on a lucrative business partnership with drinks giant LION, which now owns 50% of the company.

“I think one of the advantages of having plenty of grey hair going into a business – in fact, the three of us were all pretty much bald – is that you’ve already made so many mistakes and are better placed to anticipate what will go wrong.”

“After the year we’ve had and the exhaustion we have felt, I couldn’t quite believe it when they called out our name,” says Mackenzie. “This is a triumph for strength over adversity, for professionalism and passion in the face of what sometimes in 2020 seemed insurmountable odds.

“This is a victory for every single person in the Four Pillars world, but most particularly for everyone at Healesville, who has faced so much uncertainty and difficulty this year but has never stopped putting in the hard yards.” 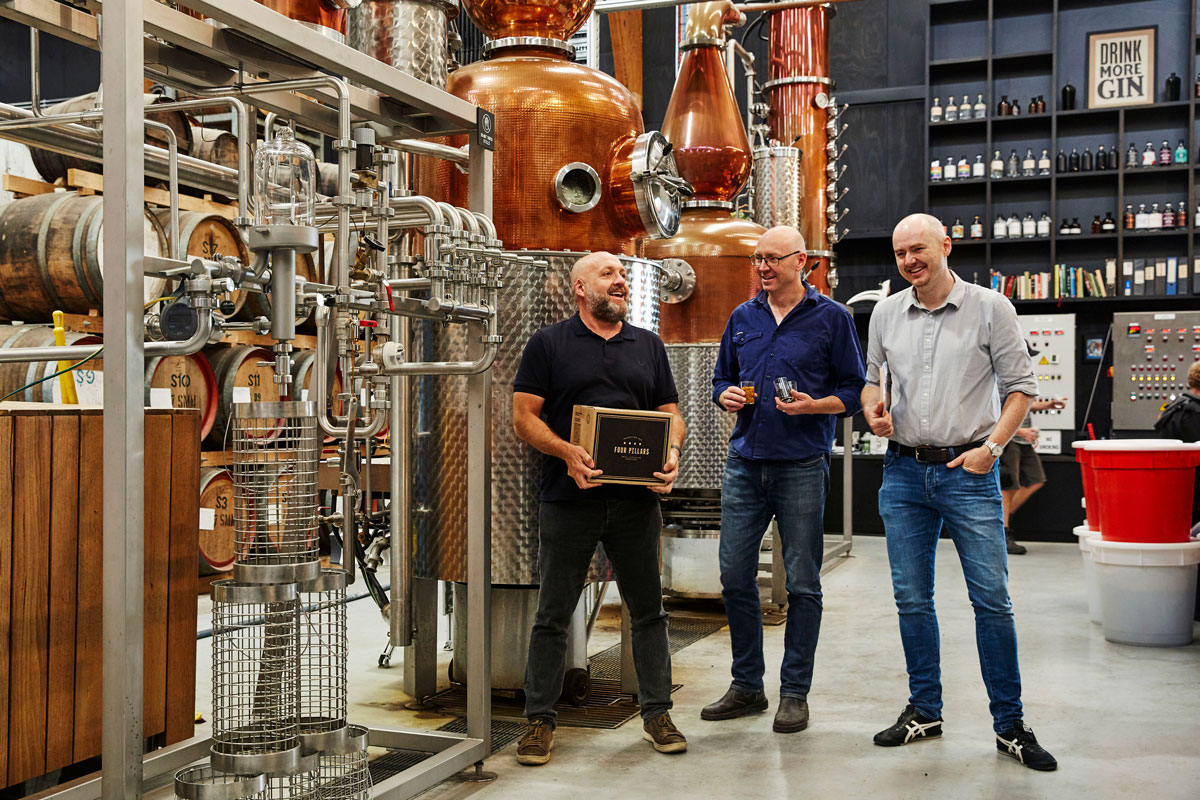 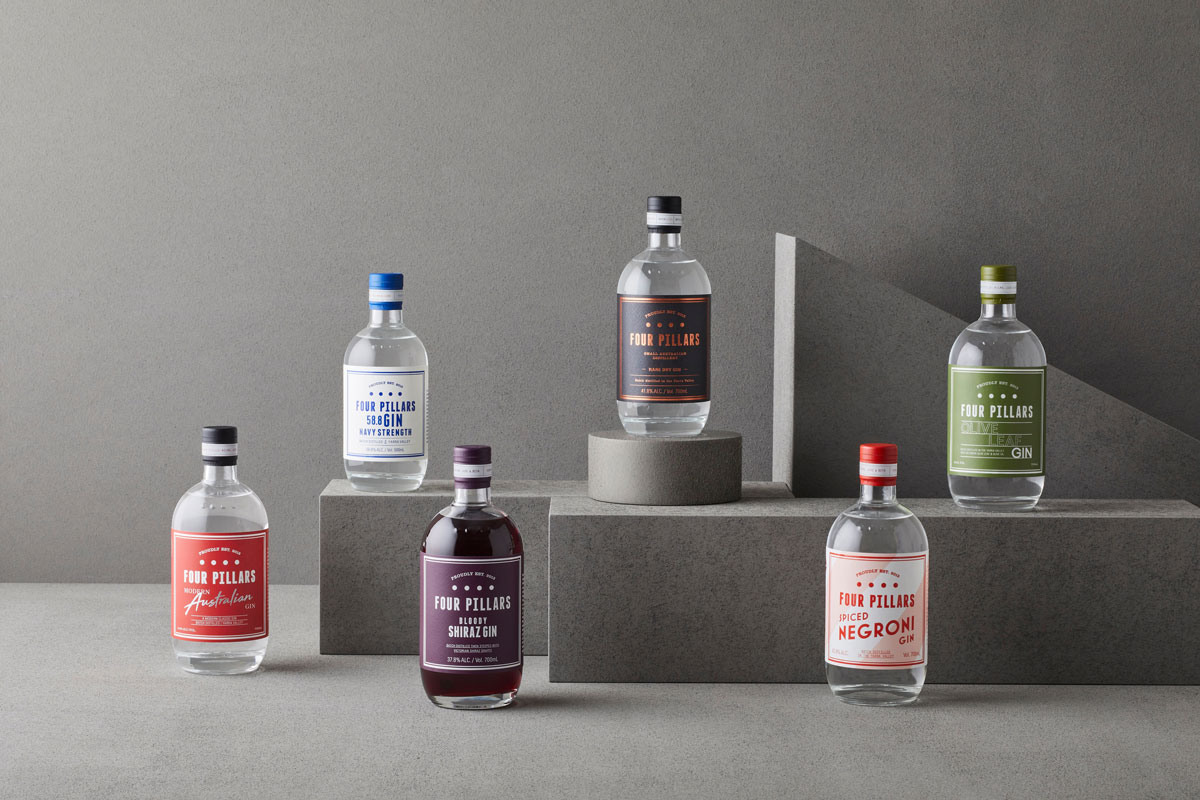 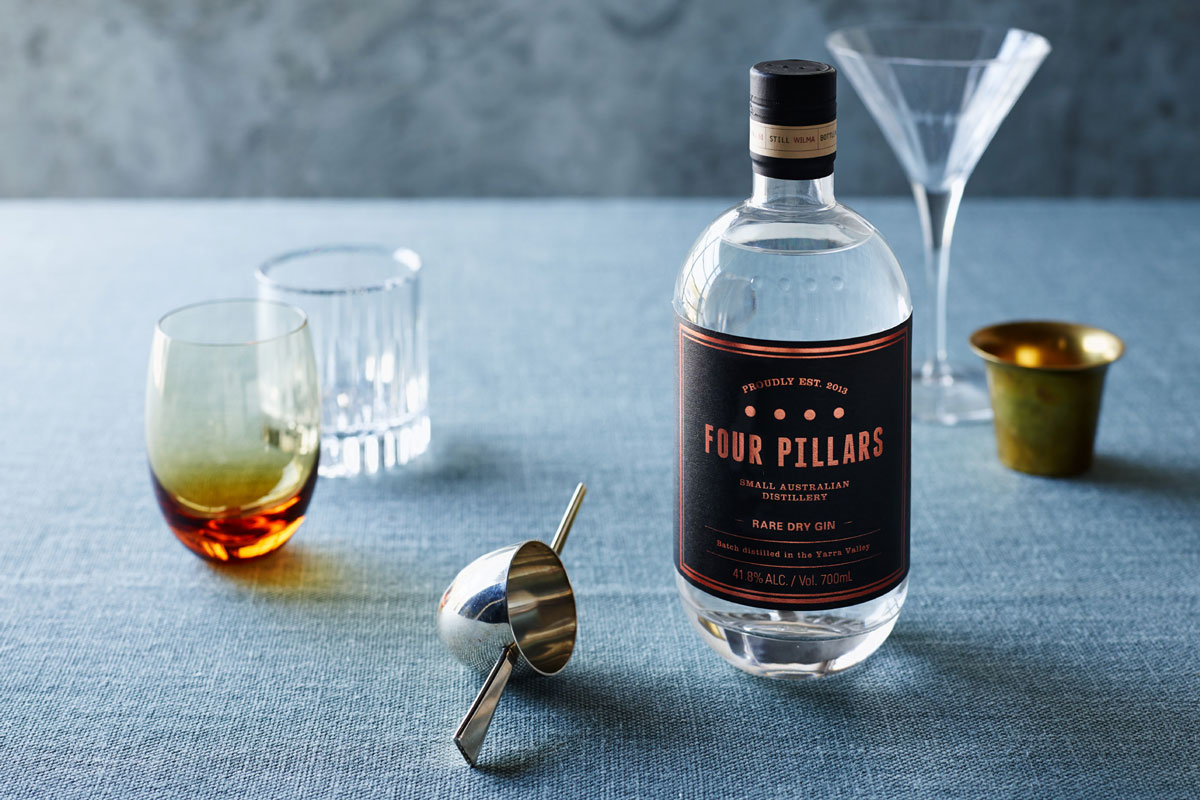 Speaking exclusively to Jones, The CEO Magazine wanted to find out what the secret was to winning the title back to back.

“There’s a bit of luck in every success story. Don’t ever let anyone tell you otherwise,” he says.

“But beyond luck there has definitely been a combination of hard work, hustle, strategic clarity and an obsession with craft and quality.

“At heart, Four Pillars Gin is a simple business. We believe Australia is the best-tasting place on Earth, so we believe that we can make the best-tasting gin on the planet. But to do that we have to remain obsessively focused on exploring gin and only gin. As a result, I believe Cameron and his team make the most awarded and delicious family of gins on the planet.

“On the other hand, we believe that modern Australia is about combining uncompromising craft and quality with a sense of fun, generosity and hospitality. So we never take our gin too seriously and are always focused on creating drinks, content and experiences that share our gin story deliciously, beautifully and warmly with our customers.”

Specifically, Jones says his team prefers to take on the label of ‘makers’ rather than ‘marketers’.

“We believe in the craft of gin and the importance of great experiences in equal measure. We hire great people to help us. We treat our customers as family. And we do our best not to get distracted by fads, noise or anything that would divert us from that single-minded path.” 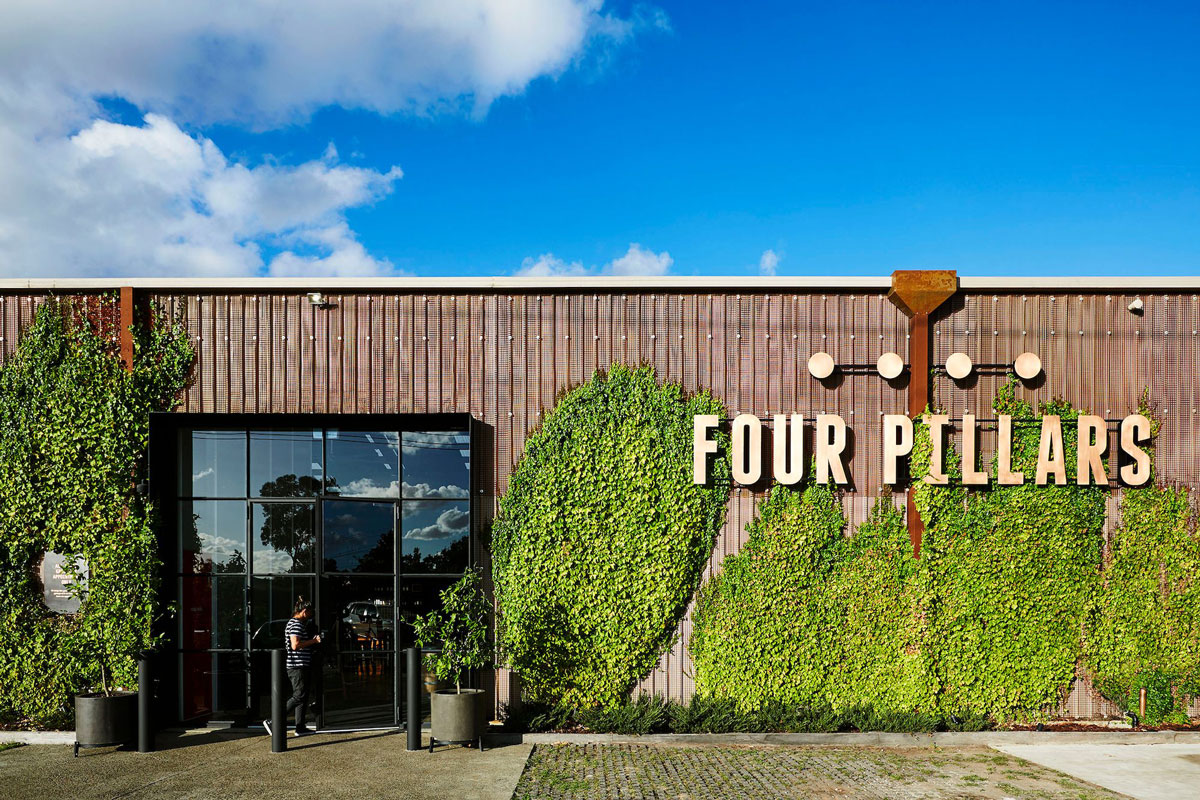 With LION’s recent stake in the business, there could be some concern about the dilution of the Four Pillars creative process. Not the case, according to Jones.

“The three Founders retain full operational control of the business. The partnership has been great for us, as LION has left the gin and brand building to us, but has taught us a lot about sales and doing business more effectively.

“They’ve also helped us fund an amazing drink-focused Four Pillars Laboratory in Sydney’s Surry Hills and will soon be helping us expand our home in Healesville.” 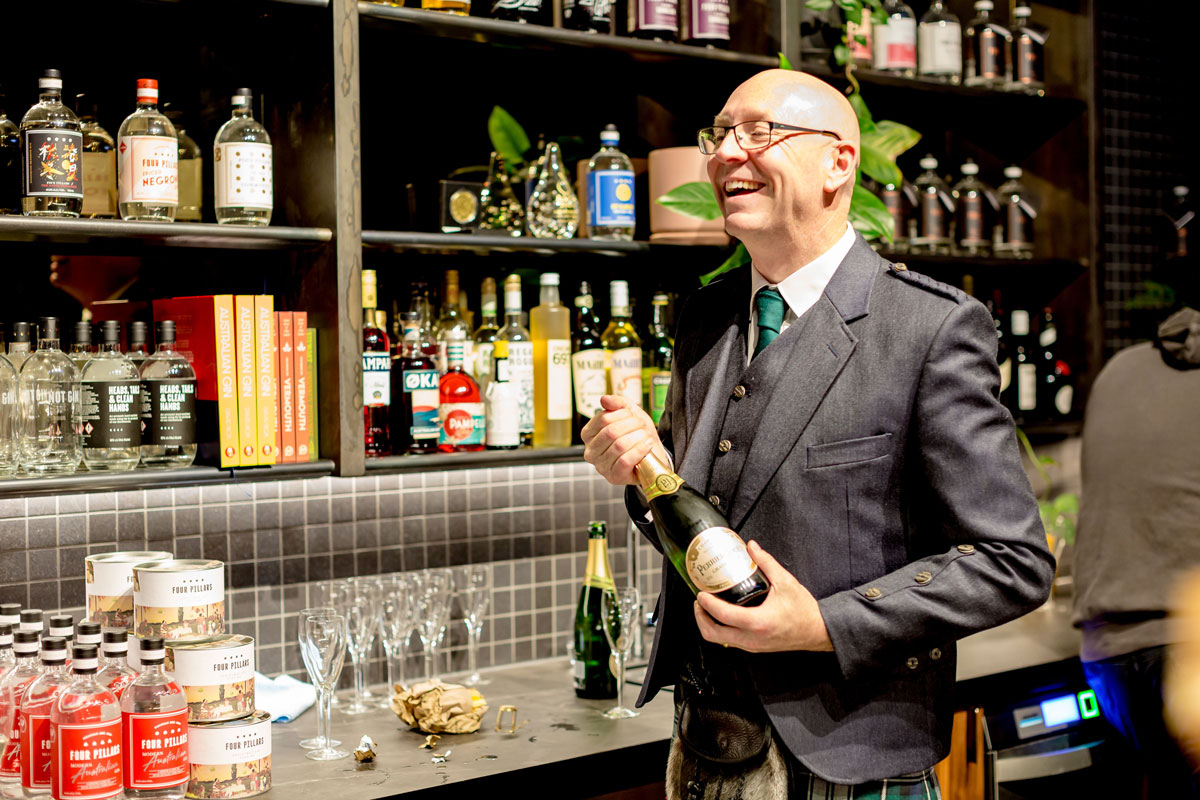 Broached on the subject of giving up and putting a business in the ‘too hard’ basket during its infancy, Jones says there was one skill that got the company over the line: experience.

“I think one of the advantages of having plenty of grey hair going into a business – in fact, the three of us were all pretty much bald – is that you’ve already made so many mistakes and are better placed to anticipate what will go wrong.

“That’s not to say we haven’t made plenty of mistakes along the way, but none of them ever made us feel like throwing in the towel. We just took decisive action, backed ourselves, listened to each other and vowed to learn our lessons. As a trio, we have healthily divergent perspectives that make our decisions stronger and more robust.”

Four Pillars’ latest award comes after navigating through numerous lockdowns in Victoria while also having to diversify its product line into hand sanitiser in order to survive.

The Four Pillars Laboratory, which showcases creativity through gin, is now open in Sydney.

Read next: How this young gin distiller landed her dream job