In celebration of the 150th anniversary of Hennessy XO, the cognac brand has unveiled its latest luxury masterpiece – designed by architect Frank Gehry. 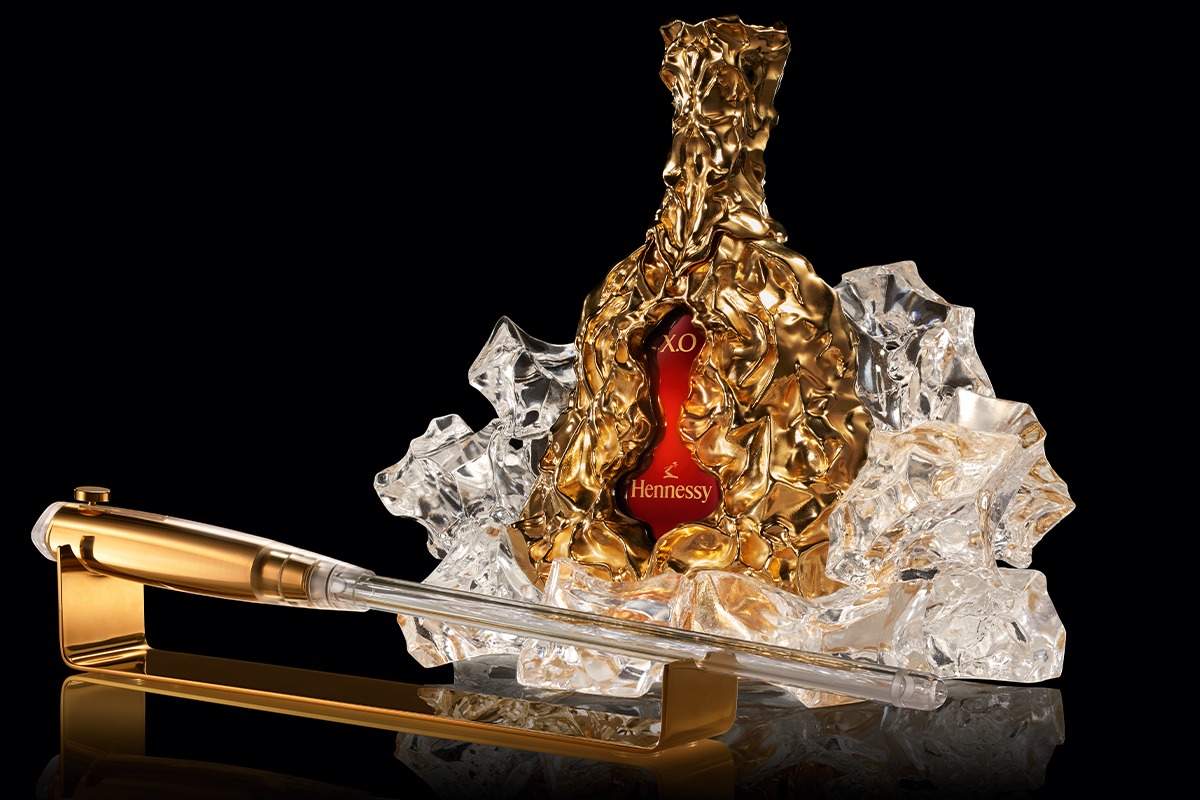 In celebration of the 150th anniversary of Hennessy XO, the luxury brand has unveiled its latest masterpiece. Designed by architect Frank Gehry, it pays homage to the odyssey of the Extra Old cognac.

Using his trademark sculptural style, Frank reinterpreted the iconic 1947-designed Hennessy XO decanter with a crinkled sleeve of 24-karat gold dipped bronze – evoking the movement of water as it reflects the light. A fractured glass glorifier encases the sculptural carafe.

The label is releasing only 150 bottles of the exclusive design before launching a more widely available version soon. The limited-release decanter is available for A$25,500.

“I wanted to bring it to life, and so I took inspiration from its birthplace and used this crumpling effect of the material that gives it a feeling of movement.” – Frank Gehry

“It was an honour to be asked to celebrate this milestone for Hennessy XO,” Frank said in a statement. “While I was excited, it was also daunting because a bottle of cognac is already a work of art – one you can smell, taste and feel – it doesn’t need embellishment as it’s already there.

“We are showing how we can be creative within that language. There’s such a powerful history and a serious emotional commitment from the people that make this product. It has a resonance that’s interesting to tie into and become a part of.” 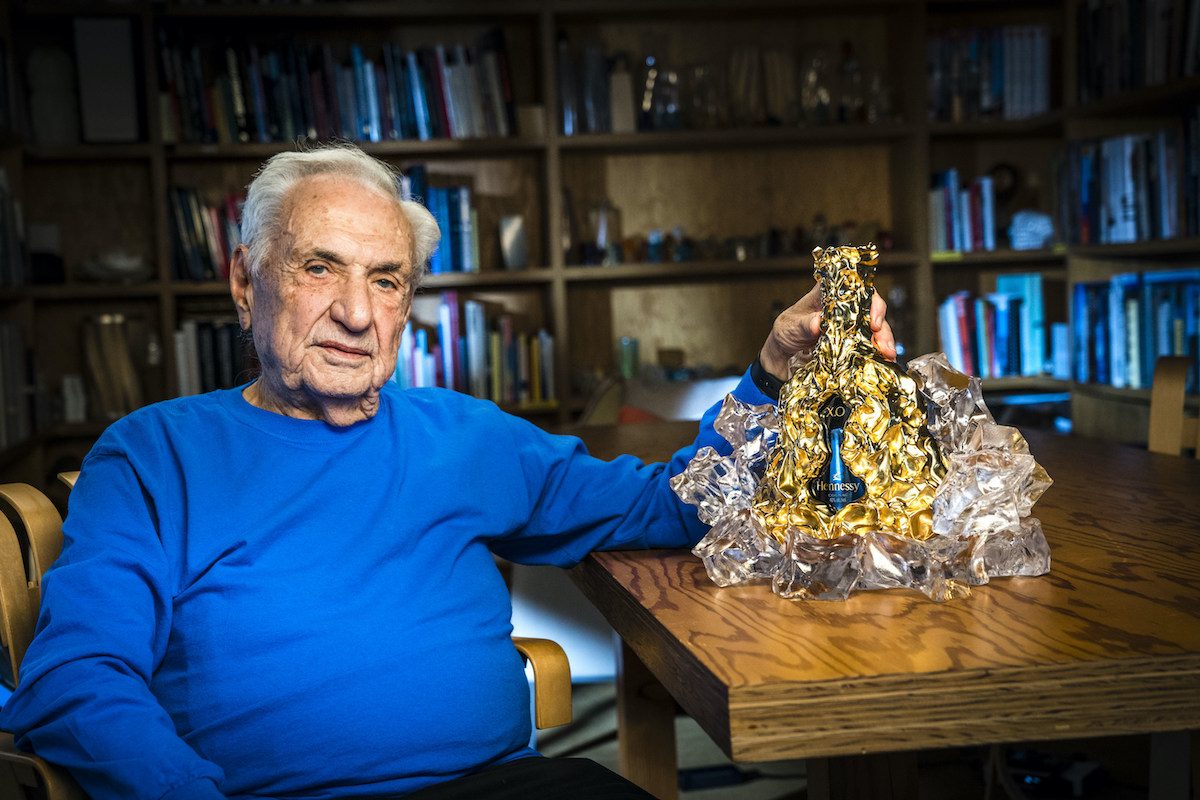 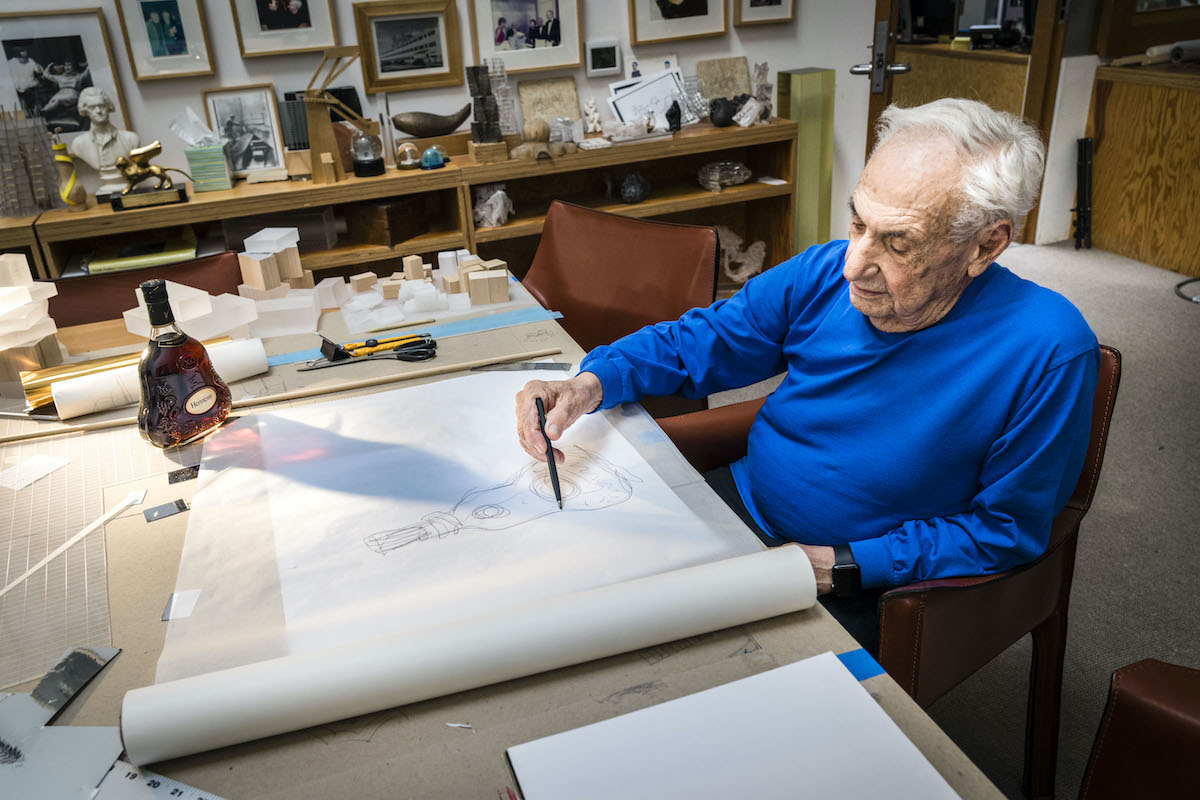 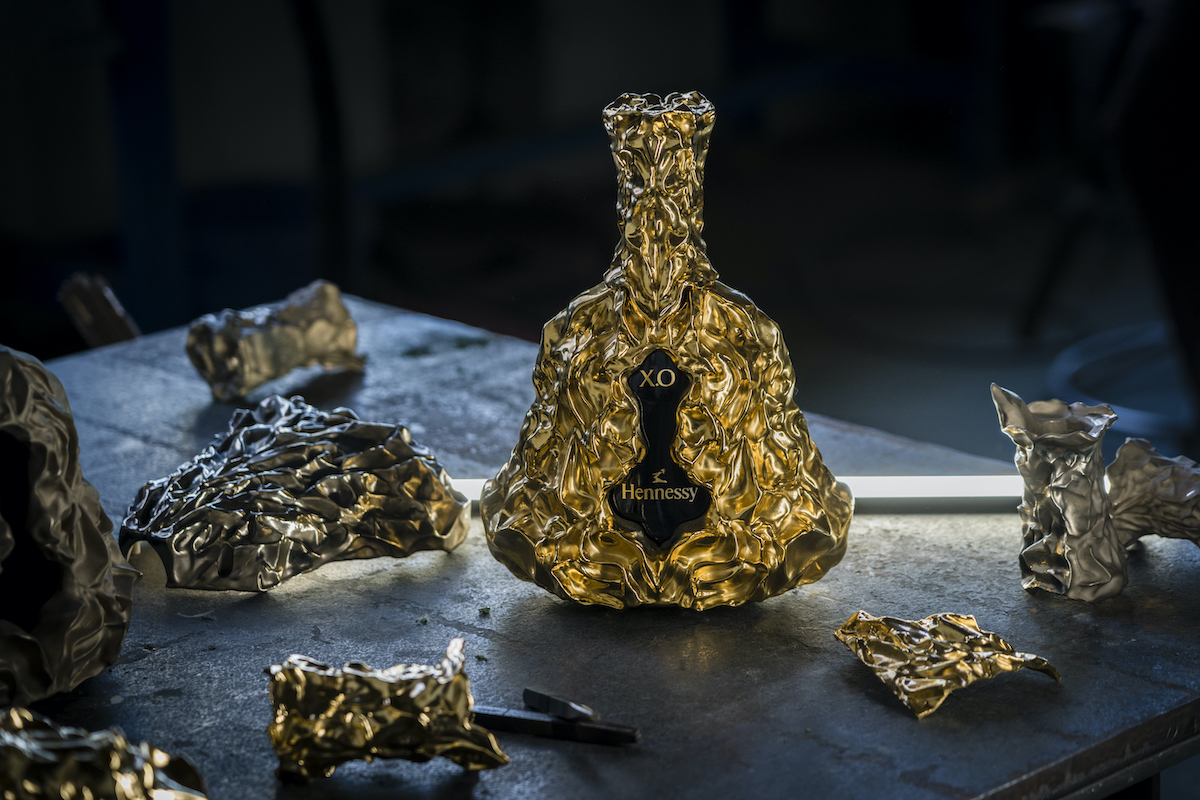 The architect, whose work includes the Guggenheim Bilbao in Spain, Walt Disney Concert Hall in Los Angeles and The Louis Vuitton Foundation in Paris, drew inspiration from the Hennessy XO blend, the soil and the twisting vines, as well as the Charente River that runs through the Hennessy properties that dwell on either side.

“I wanted to bring it to life, and so I took inspiration from its birthplace and used this crumpling effect of the material that gives it a feeling of movement,” Frank said.

“The materials I’ve chosen catch the light and make this a really beautiful object on its own, but then you realise it is a bottle of Hennessy XO.”

Hennessy also plans to celebrate the 150th anniversary with several festivities in its birthplace Cognac, France.