Up until this year, there had only ever been two names emblazoned on a bottle of Wild Turkey; those of Eddie Russell and his legendary father Jimmy. Eddie tells The CEO Magazine how a Hollywood star became the third. 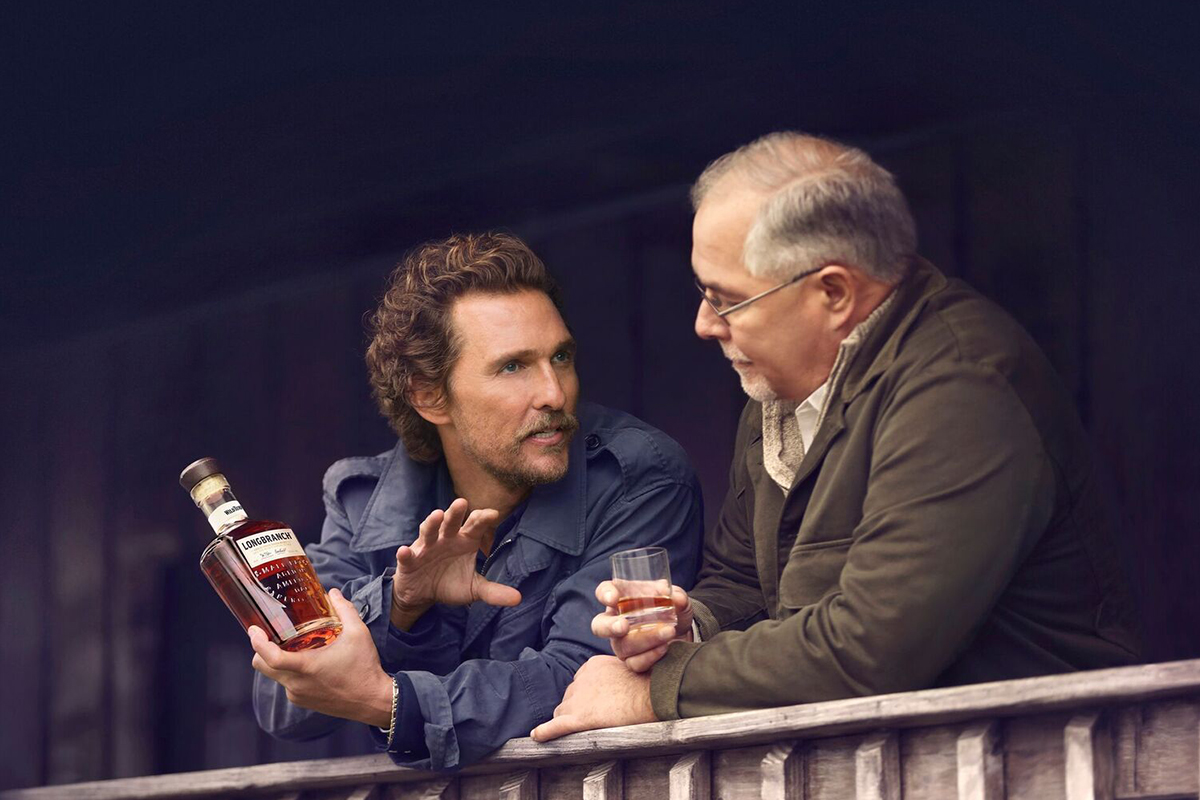 Ask Eddie Russell for his best Matthew McConaughey story and you get several, all delivered with the Master Distiller’s deep, langourous Kentucky drawl and peppered with the distinctive Southern idioms.

When the distiller signed on the actor, they knew they were getting a fan but thought his involvement would likely be limited to appearing in some commercials here or there. McConaughey had other ideas.

“He met our family and came to our distillery and was like ‘I want to be part of this story’,” Russell relates. “That involved me showing him the ropes and tasting all my different whiskeys, talking about what he liked and disliked. He said: ‘I’d love to make my perfect bourbon,’ and I said: ‘You can’t make any, but I’ll definitely involve you in the tasting of it’.”

When he set about crafting McConaughey’s perfect bourbon, there had only ever been two names on Wild Turkey products, Eddie’s and his father Jimmy’s. Russel junior is a hospitable soul, but they don’t let just anyone scrawl their signature across the famous bottle, so they wanted to ensure McConaughey was a bona fide bourbon fan, not a celebrity doing a fly-by endorsement. “I’m always going to be here, so it had to be something I liked also,” Eddie reflects.

McConaughey continued to make regular visits to the distillery, often with his mother accompanying him. Soon, he and Russell were sippin’ bourbons, droppin’ their g’s and reminiscin’ about their youths in Texas and Kentucky respectively. McConaughey also felt a deep connection to Kentucky; his parents had met at a university some 30 kilometres east of Wild Turkey’s Lawrenceburg base. 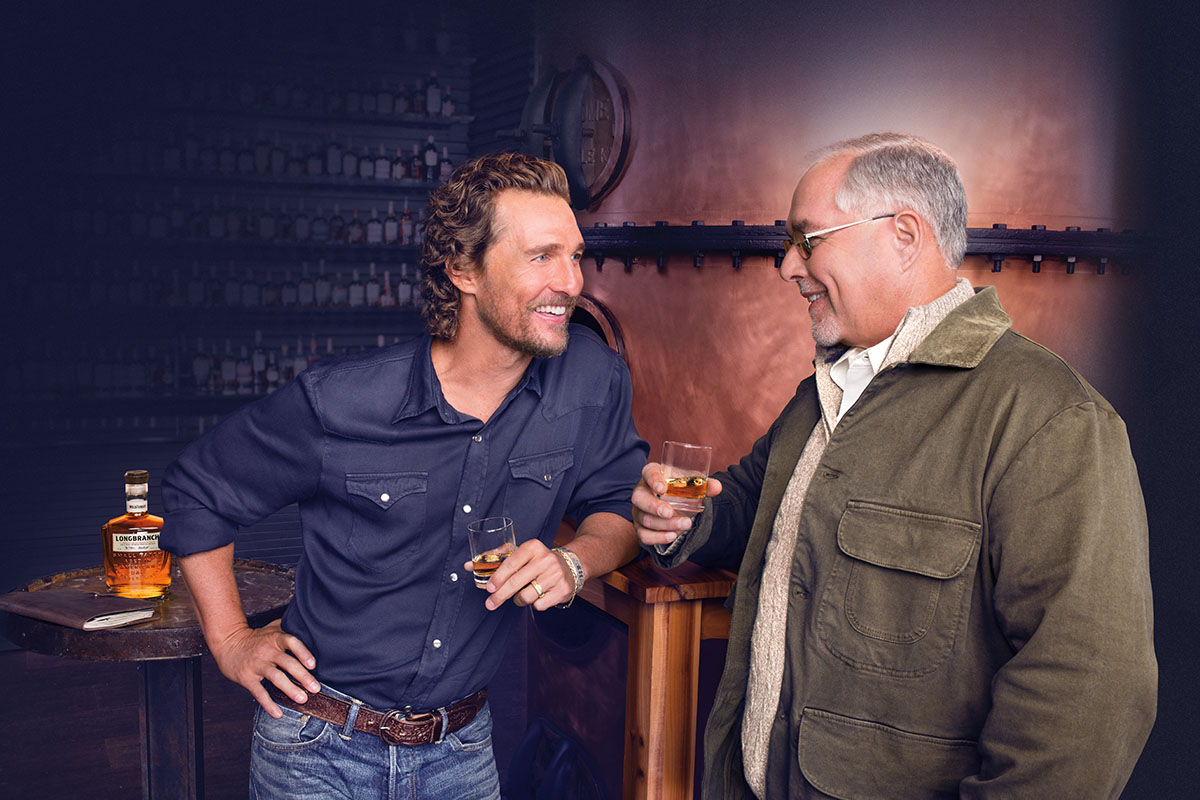 McConaughey spun tales of drinking Wild Turkey 101 as a freewheeling youngster camping on the rivers of Texas and enjoying campfires with the state’s plentiful mesquite wood, which is often used for the low, slow 14-hour barbecue cooking synonymous with the Lone Star State. “That sort of got me going,” Russell recalls, and he started thinking about using mesquite for the new bourbon. “I thought it was a good idea as it imparts some citrus, smoky-type flavours.”

Finishing a bourbon in mesquite barrels was no straightforward swap, though, as it meant departing from the American oak charcoal the distiller had used for decades. Russell says getting the balance right was a lengthy process. “We started out with just mesquite charcoal, but that gave it way too much of a smoky taste and it probably couldn’t have been a straight bourbon.”

Initial experiments with mesquite took out too many of the high-end notes Russell wanted to keep, but subsequent tests refined the process and produced a bourbon with the citrus characters imparted by the mesquite and a level of smoke that was complementary rather than overpowering.

“Nobody had ever used mesquite charcoal and we had never done charcoal filter at our distillery, so that was another challenge. We decided to add American white oak to the mix, that’s what it is aged in and it gives the bourbon probably 60% of its flavour.”

Getting the process right was a painstaking process that spread over two years. “It was different,” Russell acknowledges. “We did sample after sample, test after test. We’d never done it before so it was just trial and error for us, we even had to figure out what size to ground the char to.”

McConaughey’s flourishing Hollywood career often took him far from the Bluegrass State, but Russell continued to send him samples and carry on a voluminous correspondence about the nuances and notes in each new variant.

Unmoved by caller identification on phones, the actor would begin every call to Russell with the same laconic greeting: “McConaughey here!”. Russell estimates that he sent around 40 or 50 samples to McConaughey during this phase and switched from six-year-old bourbons to his favoured eight-year-old in search of the perfect mix for the new expression. One time he “did something a little bit tricky” and married some early versions with the newest batch. 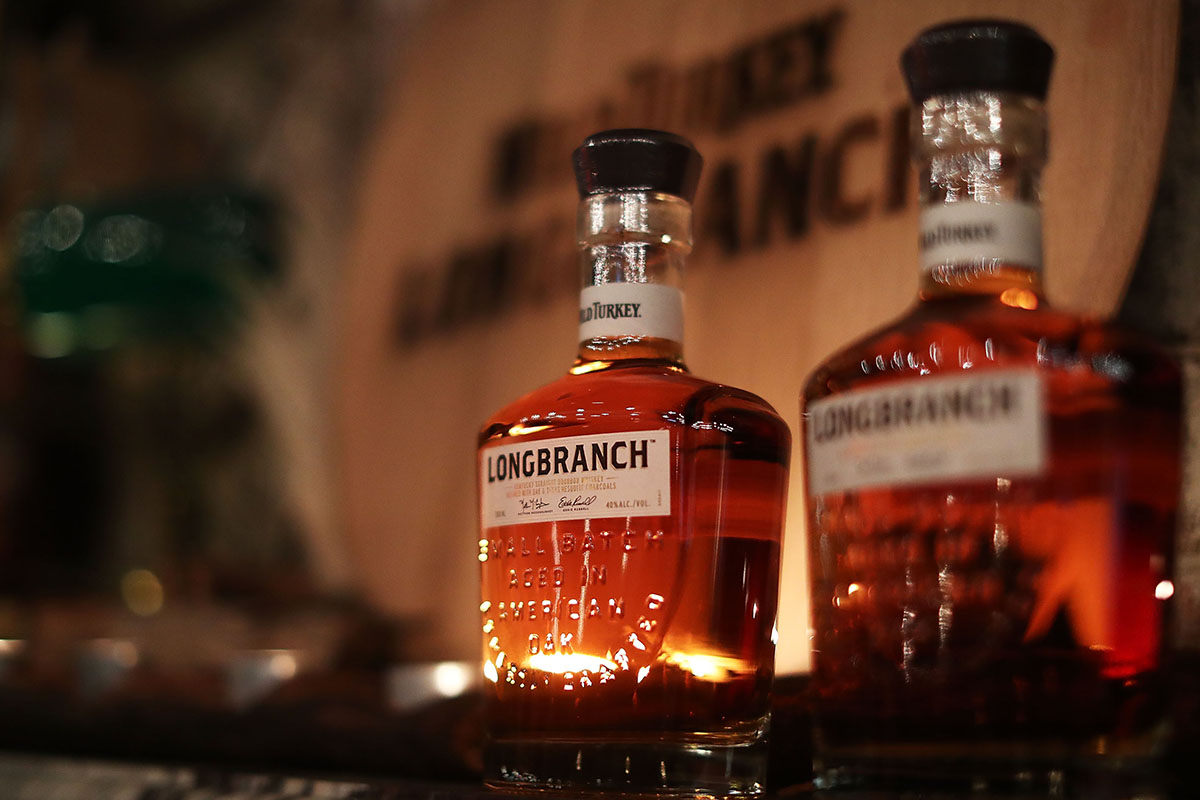 One light not long after, Russell forgot to put his phone on silent and was woken with the familiar “McConaughey here!”. The way McConaughey remembers it, he made the call at about 2am. Russell recalls it being more like 4.30am. Anyway, McConaughey had just gotten into his latest batch of samples and had found one that he didn’t want to drink with even a single drop of water or a solitary ice cube. His embrace of the newest batch was music to Russell’s ears; that version was already the firm favourite among those at the distiller.

Once they had settled on the right bourbon, the work wasn’t complete and Russell says that deciding on the distinctive, stout-bellied bottle and the label for the new expression took his team around two years to finalise.

The finishing touch, the name ‘Longbranch’, was McConaughey’s idea, and was chosen to evoke the sense of community that is ingrained into bourbon making, particularly at Wild Turkey where father and son have guided the distiller for decades.

“Longbranch, in its simplest form, is an extended hand, inviting a friend into your family,” McConaughey said. “The branch that was extended to me from the Russells was a long one, one that reached from Kentucky to Texas and back again.

“I offered the mesquite from my great state to add to their legendary Kentucky whiskey and together we made Longbranch.”