Since attending her first Australian Grand Prix, Lune Croissanterie’s Kate Reid dreamed of a career in Formula One. But when reality didn’t match expectations and sickness took over, Kate had to rethink her life. It was the science of baking that put her back on the road to happiness. 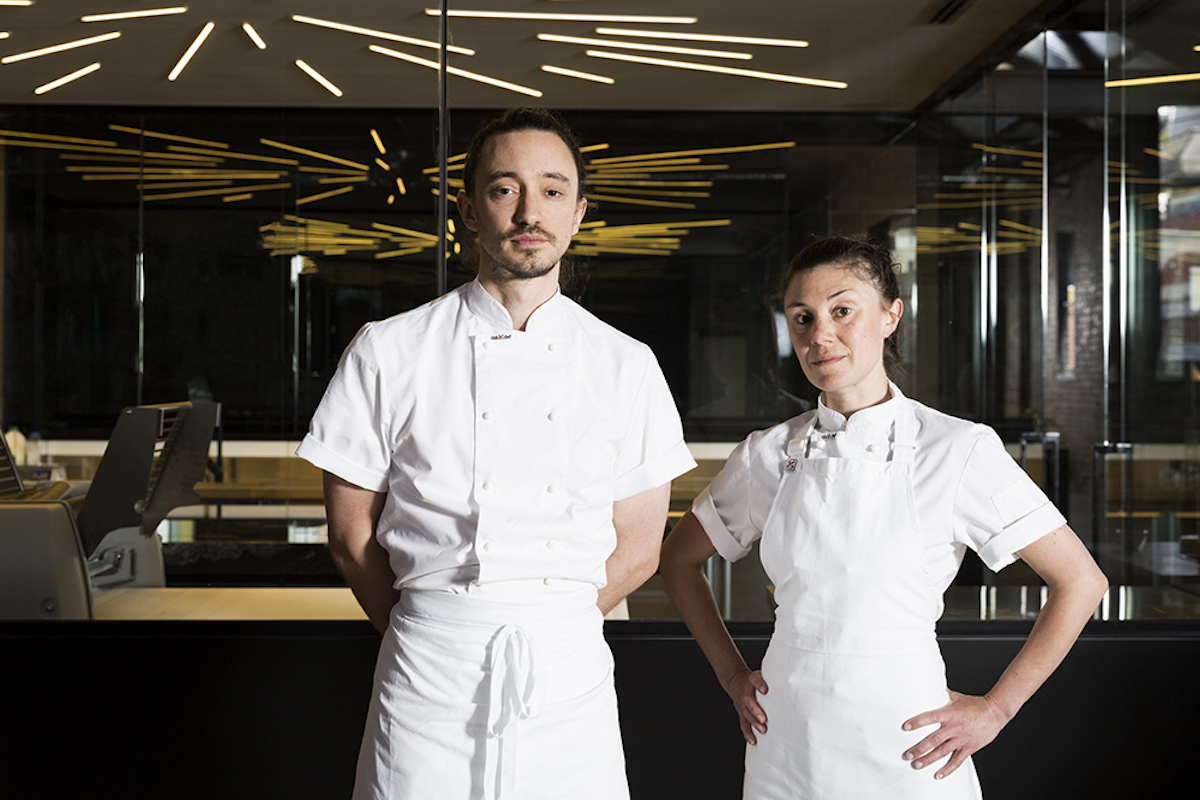 It all started in 1996. It was the year of the first Australian Grand Prix held in Melbourne and Kate Reid, together with her brother Cameron, was to watch the much-anticipated motorsport race. The annual ritual would influence Kate Reid to become an aerodynamic engineer for Williams F1 and, further down the road, open what is now dubbed the “world’s best croissanterie”.

“It was a Friday,” Kate recalls. “That day, I had a feeling I’ve never had before. This deep level of excitement that something special is happening and I was witnessing it.”

From then on, Kate and her father would stay up every second Sunday with tea and toast to watch the race. It spurred Kate to focus on STEM subjects like maths and science at school.

“The excitement around watching my first race, and the precision, perfection and innovation involved, was something I wanted to be a part of,” she says.

“Witnessing the speed they travel at… it went through your bones. This is something that’s pushing the boundaries,” she says. “The fact that you can make a car drive so fast around a tight circuit. I’m a detailed person, so anything that draws on focusing on every detail to get the best result appeals to me.” Kate says she wanted to use her passion for innovation and creativity to do something that hadn’t been done before. “I wanted to find ways to innovate, improve and push some part of the world forward and change it,” she says.

And so, she did. After completing her university degree in aerospace engineering, she moved to the UK to work for Williams F1. This was Kate’s goal. Her dream.

However, after eighteen months, the excitement began to dissipate, as high expectations were not met. “Being an engineer in Formula 1 should be fun. It should feel like an exciting and fun privilege. You get to brainstorm, try wild things and push the boundaries,” she says. This was a turbulent time. Not only was Kate questioning her dream career, but she was also battling anorexia.

“I wanted to find ways to innovate, improve and push some part of the world forward and change it.”

“I had to go to square one. I knew that engineering wasn’t for me. I felt lucky, in a weird way, that I’d been inadvertently given this opportunity to completely turn my life around and learn something new,” she says.

In May 2008, Kate came back to Melbourne to start her recovery and, ultimately, a new life. She took a front-of-house position at Phillippa’s Bakery before moving into a baking role at her local coffee spot near Hartwell Station.

Fast forward to 2019 and Kate is a pastry chef and the founder and business owner of Lune Croissanterie in Melbourne’s Fitzroy, which recently expanded to the city’s CBD.

“Being a pastry chef requires a deep scientific understanding of how ingredients impact each other. It’s about being precise, which is obviously ingrained in me,” she explains. “I think the most obvious link with engineering to Lune is when I learned in the boulangeries in Paris. I was only at the bakery for a month. When I came back to Melbourne, I started to form Lune.”

Kate didn’t go back to school to learn the classic art of French pastry. Instead, she did things her way. “I’m an engineer. I know how to experiment and run tests. I’m going to reverse-engineer this process,” she says.

“I wanted the croissant to be crunchy on the outside and beautiful, soft and airy on the inside.”

After three to four months of rigorous testing, she figured it out. “I got deep into looking at temperature, humidity and time for things like proving and baking, which is also something that I wasn’t taught when I was in Paris. The benefit that’s created for Lune is that we’re not tied to some century-old technique. Our process is open to iteration and improvement.”

When asked what the challenges were in changing careers, Kate says: “I never questioned my decision. I truly found the thing that made me sleep well at night. Learning how to be a pastry chef and being paid abominably low wages – literally starting from the bottom – I was so happy.”

“If you’re loving what you’re doing, it doesn’t feel like hard work and sacrifice. It feels like fulfilment.”

Since opening in 2012, Lune has grown from Kate alone, to her brother joining the company, then to employing 70 staff. She says the most important lesson she’s learned is ensuring the team have all the resources and support they need. This includes supplies and training along with a happy, supportive and comfortable workspace where employees feel safe and have growth opportunity.

“I have to be honest with you,” she tells me. “I’m incredibly lucky to have my brother as my business partner because my strength is in attention to detail and production; Cameron’s strength is certainly in managing people.”

After seven years in operation, Lune has cemented itself as a staple foodie experience in Melbourne. “We’re going to be around for the long-term. I don’t mean just the next five years, but maybe the next 20 or 30 years. It’s a family business. The plan is to maintain relevance,” Kate says.

“The croissant has been a French national pastry for the past 150 years. There is always going to be a market for them.”