How a Mornington Peninsula distillery is blending old with new

Distilling is in the blood for Managing Director and second-generation Head Distiller Holly Klintworth. Now at the helm of Bass & Flinders Distillery, Holly explains how New World distilling is enticing a new demographic of spirit drinkers. 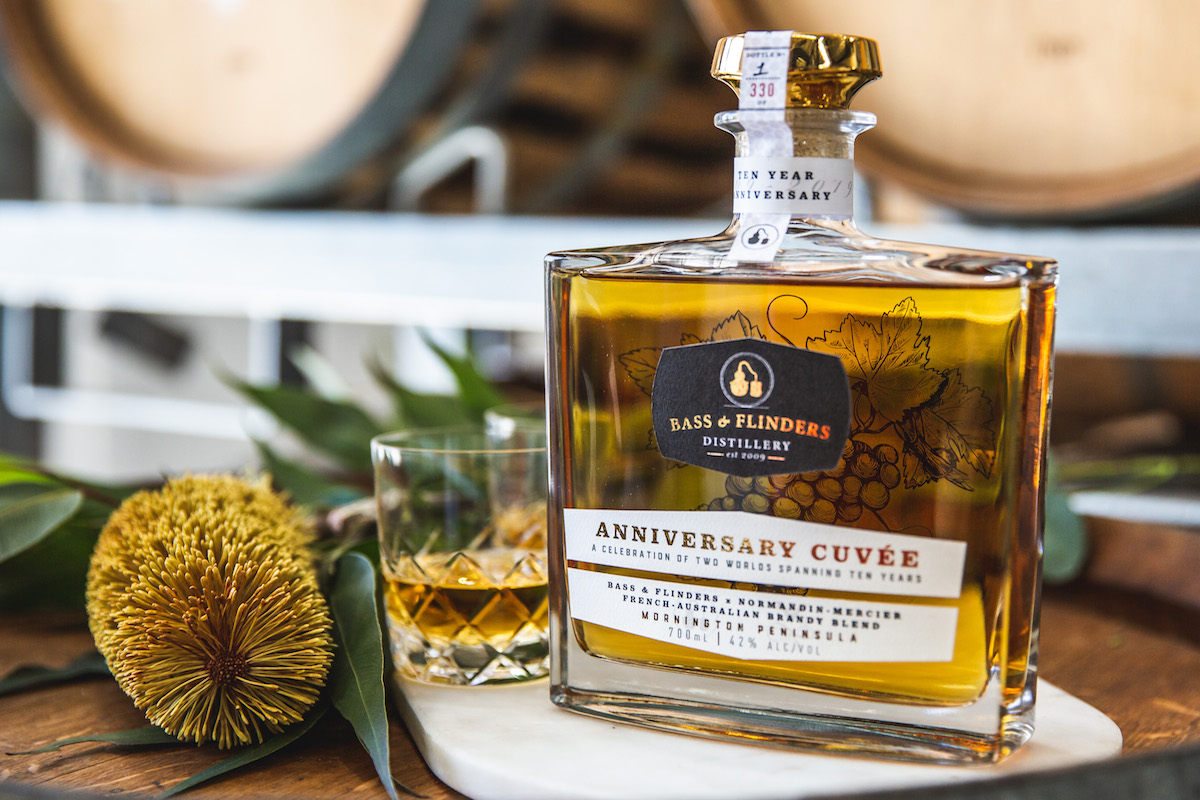 The Australian distilling industry is going through times of growth, change and self-discovery; from using native Australian ingredients to testing the waters with unique blending methods. Over the past few years, the number of artisan distillers entering the market has continued to climb, as has the level of quality. One distillery pushing Australia’s spirit sector is Bass & Flinders Distillery, situated on the Mornington Peninsula. Led by the Managing Director and second-generation Head Distiller, Holly Klintworth, the distillery specialises in producing small-batch, grape-based spirits.

“I love the creative processes,” says Holly. “I like mixing and blending. Some say a woman’s olfactory senses are stronger than a man’s. This can be an advantage when it comes to judging, producing, selling or creating.” Holly adds, “There’s something magical about sitting down with a range of different brandies all at various stages in their maturation process.”

Gin is Holly’s speciality. This is where she can explore and create gins in small batches, as well as seek out Australian native flavours. “Gin is incredibly aromatic, and many botanicals used in the spirit are used in perfumes,” she enthuses. 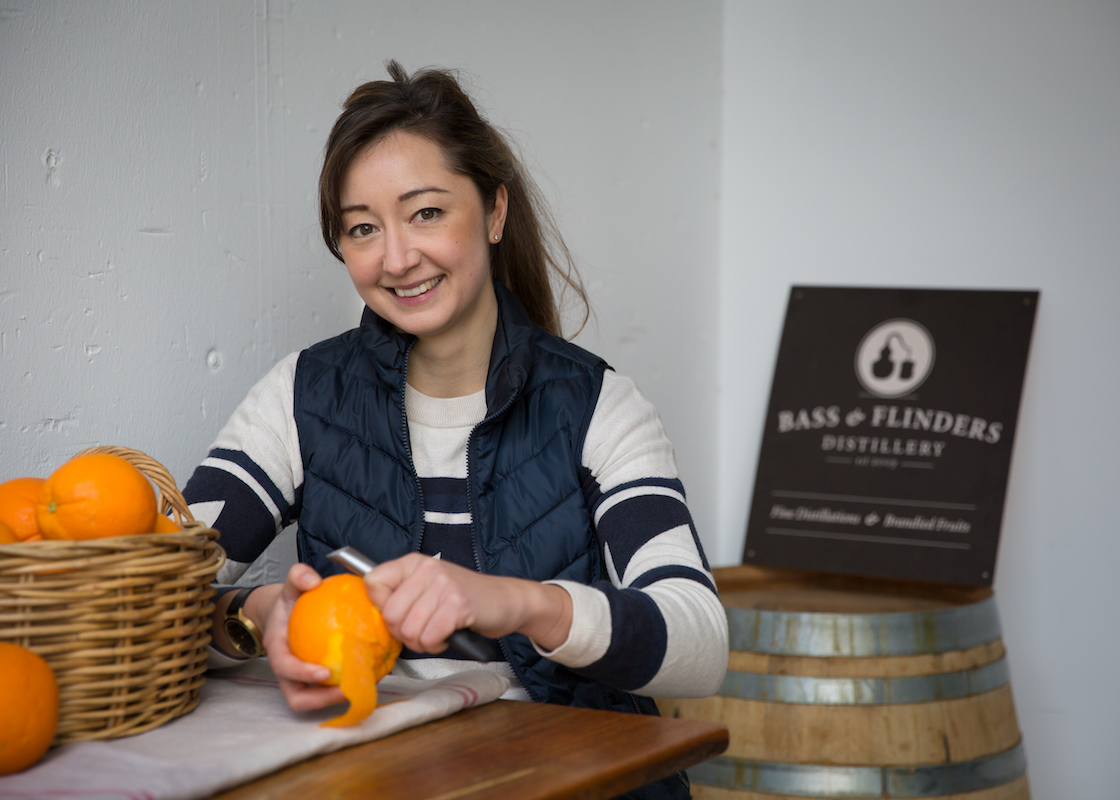 Finding inspiration is not a hard task. Being based on the Mornington Peninsula, just south of Melbourne, Holly says the distillery is surrounded by flavours and aromas. Part of a distiller’s job, and what keeps Holly in the game, is the ability to excite people by utilising native characters. The product transforms from traditional to uniquely Australian.

“I’m inspired to wow our customer base,” Holly tells The CEO Magazine. But, as well as exciting spirit drinkers, it is also about educating them. And, Bass & Flinders Angry Ant Gin is doing precisely that.

Holly says it’s the first gin in Australia to use native ants as a botanical and also sources native botanicals from Wooleen Station in Western Australia. The other is the distillery’s prized creation, Ochre, a premium brandy made from double-distilled chardonnay that’s aged in French oak barrels for five years.

“He’s a real inspiration and has always said to me, ‘Don’t let anyone tell you that you aren’t just as capable as any man in a distillery.’”

Holly is also hoping to change Australian’s perceptions of brandy. She explains that whisky experienced its renaissance in Australia over the years, as has gin. But brandy went through a fashion crisis in the 1960s. And unfortunately, for many, the thought of brandy as a drink for the older generation remained, despite its growing popularity among young discerning drinkers.

“For us, education comes from allowing people to make up their own minds through tasting and experiencing our brandy for themselves at our cellar door,” Holly explains. “We take time to tell people our Ochre brandy’s story and share the ups and downs of brandy’s place in Australian history, in the hope that a new appreciation for brandy can develop.”

Holly’s path into distilling is unique. Starting out in marketing in the wine industry, her first job after completing a postgraduate business degree was at a winery nearby. It was around the same time that Bass & Flinders Distillery was founded.

The distillery started in 2009 as Holly’s father Wayne Klintworth’s passion project. From the early beginnings, Holly was involved every step of the way. Assisting with hand bottling, marketing, packaging and labelling, she got to intimately know the business. 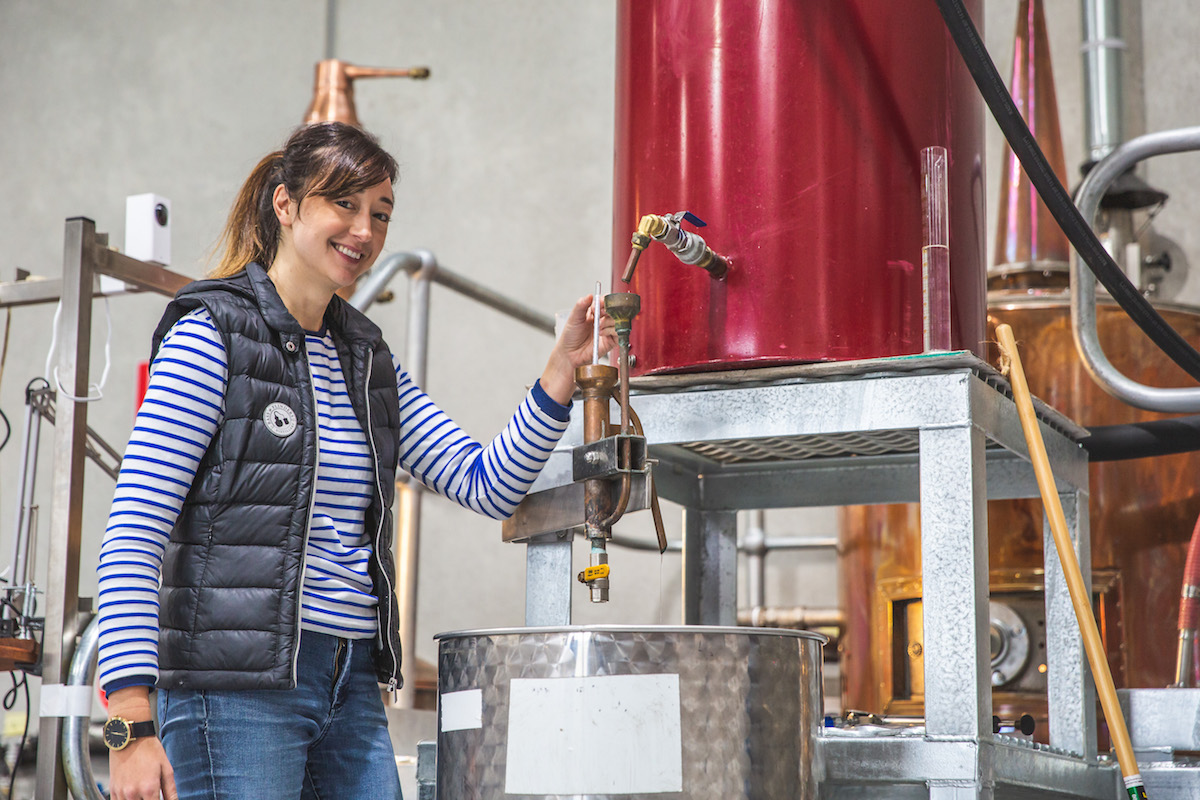 “There were synergies between the path I was already taking in the wine industry and that of Bass & Flinders, being grape based,” she says. “What always fascinated me about the wine industry was that every vintage is different and tells a story.

“I found similarities with the production of premium brandy as well as the single vineyard gins being produced,” she says. Holly explains that Bass & Flinders handcrafts its own grape-based eau de vie spirit from shiraz or chardonnay grapes.

Working closely with Wayne, Holly has brought her industry experience and skills to the business. “Given my marketing background, one of the first things I did was work on the packaging,” she says. “The product itself has always been of premium quality, and that hasn’t changed over the years, but I wanted to make sure the packaging cues also reflected this.”

“Some say a woman’s olfactory senses are stronger than a man’s. This can be an advantage when it comes to judging, producing, selling or creating.”

The father and daughter worked tirelessly to turn the business from a small passion project to a product that would sell in retailers and bars nationwide. Evidently, stepping into a family business is always going to have its challenges.

“Almost overnight our father–daughter relationship had to expand to also become a working relationship,” Holly relays. “This was ultimately a blessing. I had to learn so much so quickly. It was great to have my father there to talk me through processes and answer any questions I had.”

The philosophy behind Bass & Flinders is to produce top-quality, grape-based spirits that reflect a true sense of place on the Mornington Peninsula. And although the distillery draws on European distilling traditions, Bass & Flinders is focused on creating uniquely Australian products by exploring New World creativity.

“For instance, in the production of our Ochre Fine Brandy, we use traditional Charentais distillation techniques but distill 100% Chardonnay wine – a quintessential Australian grape variety – sourced from a single plot to produce a uniquely Australian New World brandy.”

Learning everything she knows from her father, Holly says he has been a wonderful mentor and always encouraged her to take calculated risks.

“Almost overnight, our father–daughter relationship had to expand to also become a working relationship.”

“He’s a real inspiration and has always said to me, ‘Don’t let anyone tell you that you aren’t just as capable as any man in a distillery.’ It’s undoubtedly a male-dominated industry. But, it’s encouraging to see more and more women in distilling now too,” Holly says. “There are late nights, physical work, odd hours and tasting of strong alcohol in the early hours of the morning.” 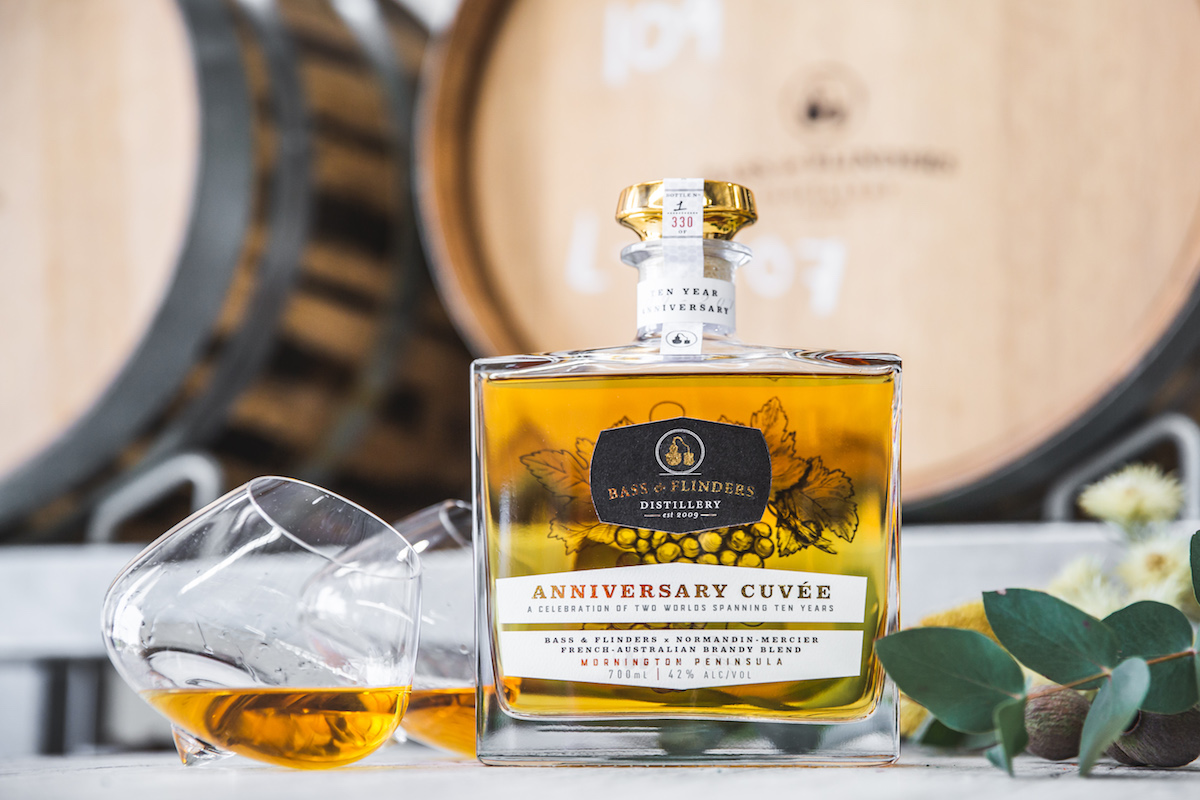 Bass & Flinders has launched its first Brandy Masterclass to deep dive into the sophistication and beauty of quality brandy. The distillery has also released two new gins – Orient Gin and Maritime Gin. These products were Holly’s idea from start to finish and created with a sense of place in mind.

To mark Bass & Flinders 10th anniversary, the distillery has launched a limited-edition French-Australian brandy blend, in collaboration with renowned French Cognac house, Normandin-Mercier. Anniversary Cuvée is retailing at A$250 for the 700ml bottles in market and is available for purchase on the Bass & Flinders website.

Read next: How a bold move landed a young distiller her dream gin job