The world’s most expensive wines are a testimony of survival 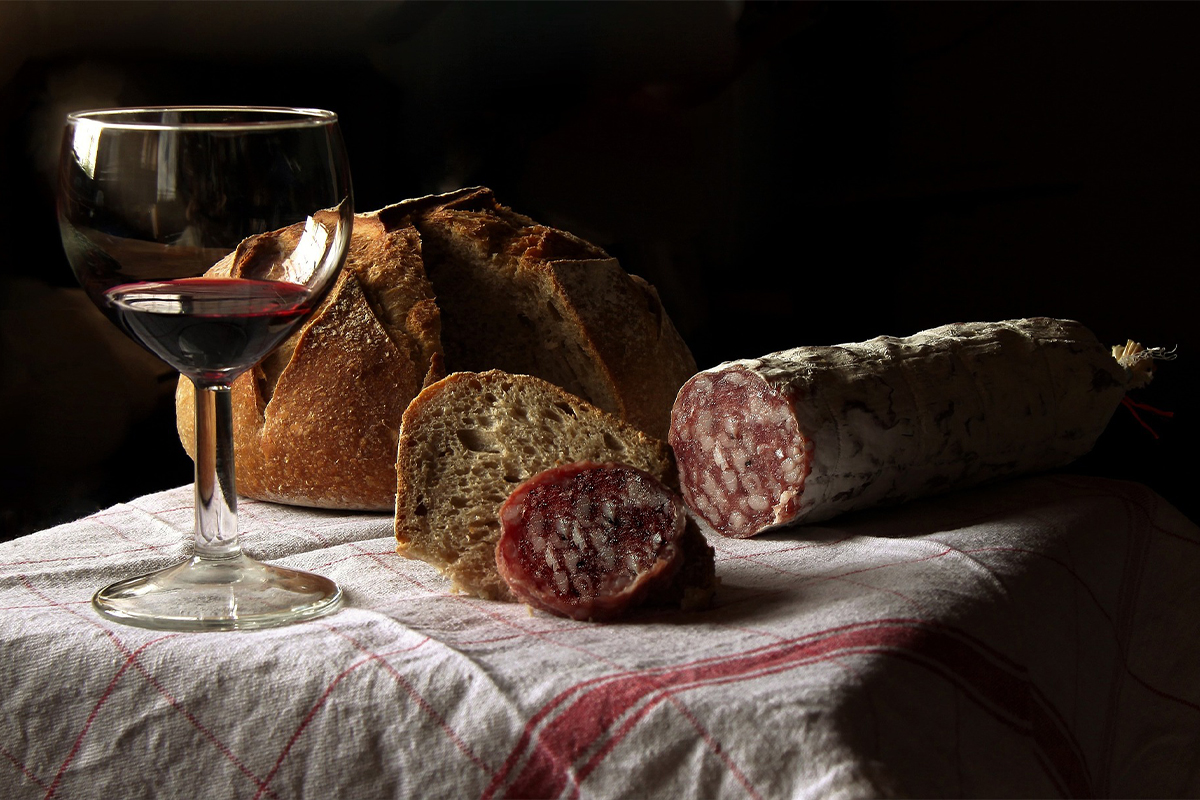 From America’s most iconic, and incredibly rare, Screaming Eagles that is worth half a million dollars, to the Shipwrecked 1907 Heidsieck that’s considered the most expensive Champagne, the world’s greatest wines have reached extraordinary levels of perfection over many years. While these wines may not appeal to the layman they are certainly distinguishable by wine aficionados. 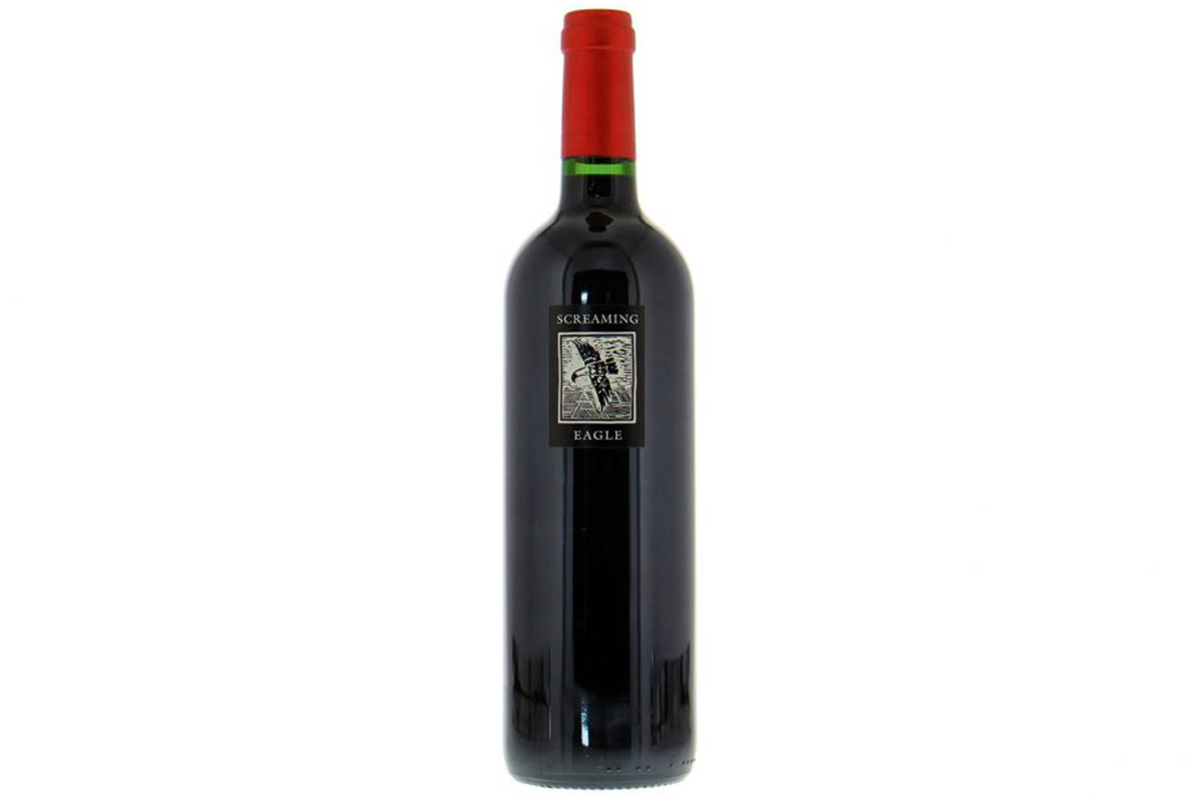 Screaming Eagle’s Napa Valley cabernet sauvignon vintage reflects the expertise of winemaker Heidi Peterson Barrett, whose success can be credited to high critics’ scores, limited production and scarcity relative to its demand. In fact it received a near perfect score of 99 by wine critic Robert Parker. This increased the value of the 92 Screaming Eagle, which is characterised by its notes of oak and blackcurrants and strong tannin content. A six-litre bottle was acquired for US$500,000 at an auction just five years after its release. 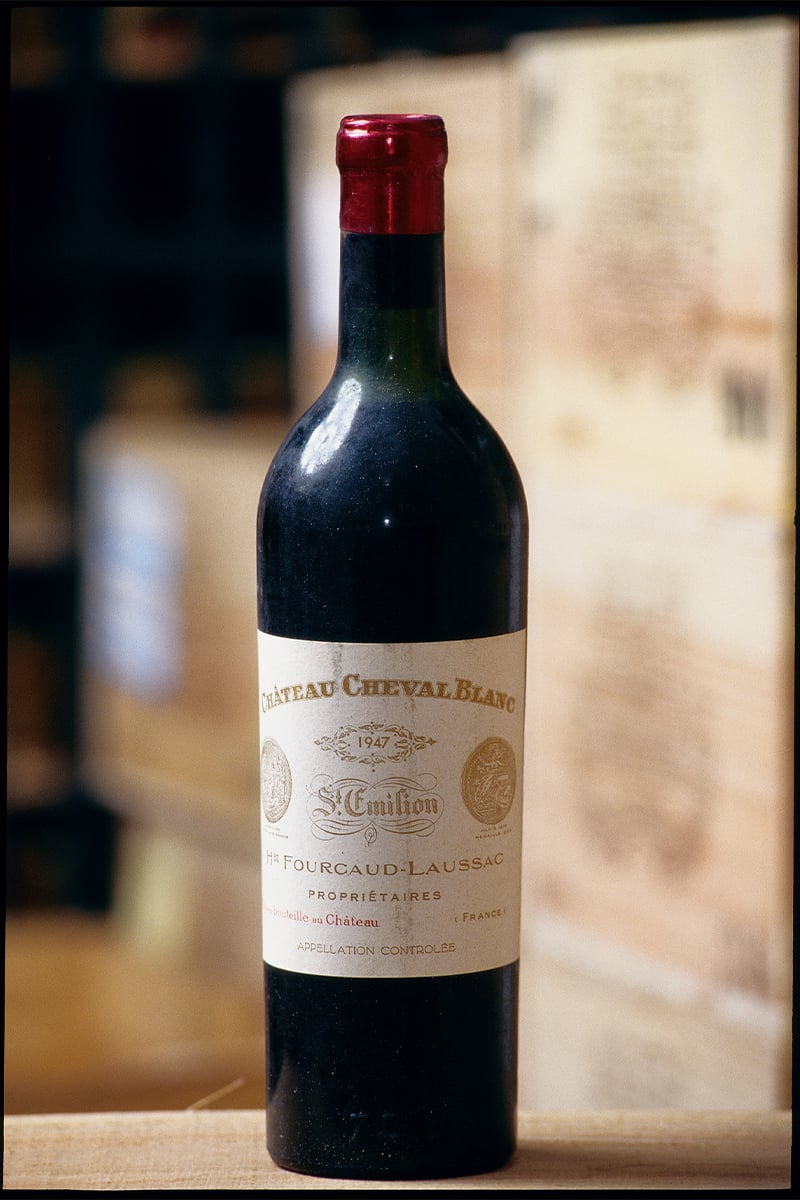 Although the Cheval Blanc Bordeaux wine was one of the most famous vintages in 1947 the outlook for Cheval was grim originally. Extreme heat threatened to damage the crop and while many other local growers used ice to cool their wine, Cheval refused to do so. In the end it was spared the worst of the blistering heat due to the vineyard’s favourable location, which was slightly cooler than the surrounding vineyards. Thick in texture with a 14.4 per cent alcohol concentration, a complete case of the vintage wine is becoming increasingly rare. “Cases such as this only appear once every 10 years or so. Soon, that will be every 20 years,” explains Chris Munro, Head of Wine at Christie’s London. In 2010, Christie’s sold a six-litre bottle of Cheval Blanc 1947 for US$304,375. 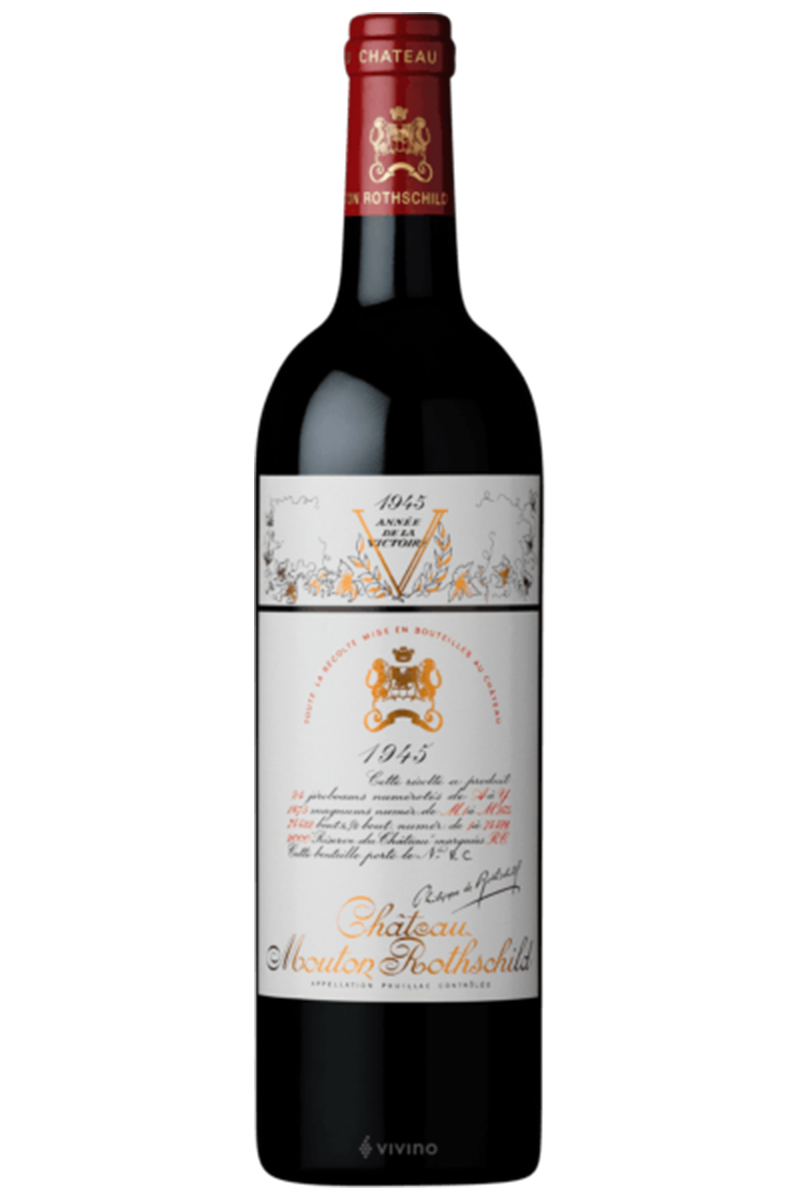 This vintage wine’s 1945 label is notable for its ‘V’, indicating the end of the Second World War and the victory of the Allied powers as it was bottled at this time. Recognised by wine enthusiasts as one of the world’s finest red wines, it was sold in 1997 through a Christie’s London auction to an anonymous buyer. 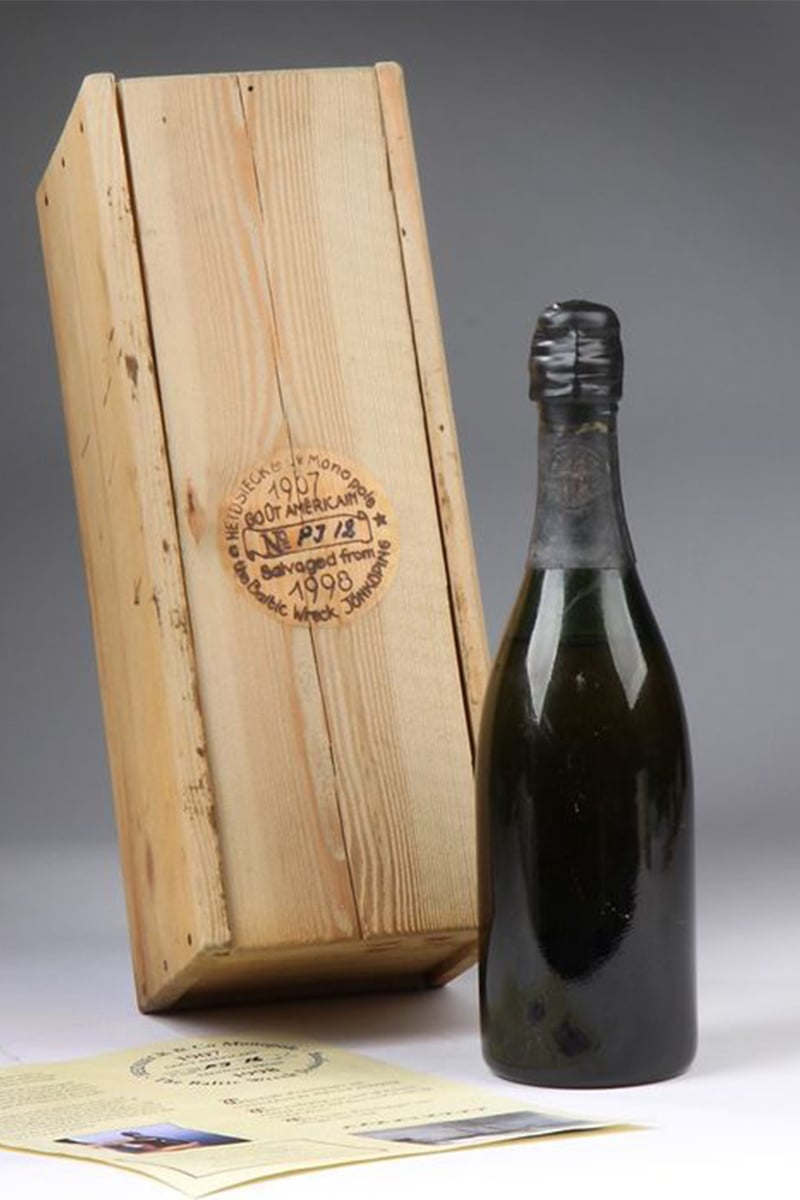 The 1907 Heidsieck, considered the world’s most expensive Champagne, was discovered in 1998 in the Gulf of Finland where 2000 bottles from the collection were uncovered. Despite the shipwreck the bottles were found fully intact. Sold for a hefty price tag of more than US$275,000 per bottle, largely to the Russian elite, the highly prized Champagne tells the story of survival after its journey to the Russian Imperial Court was intercepted by a German U Boat. 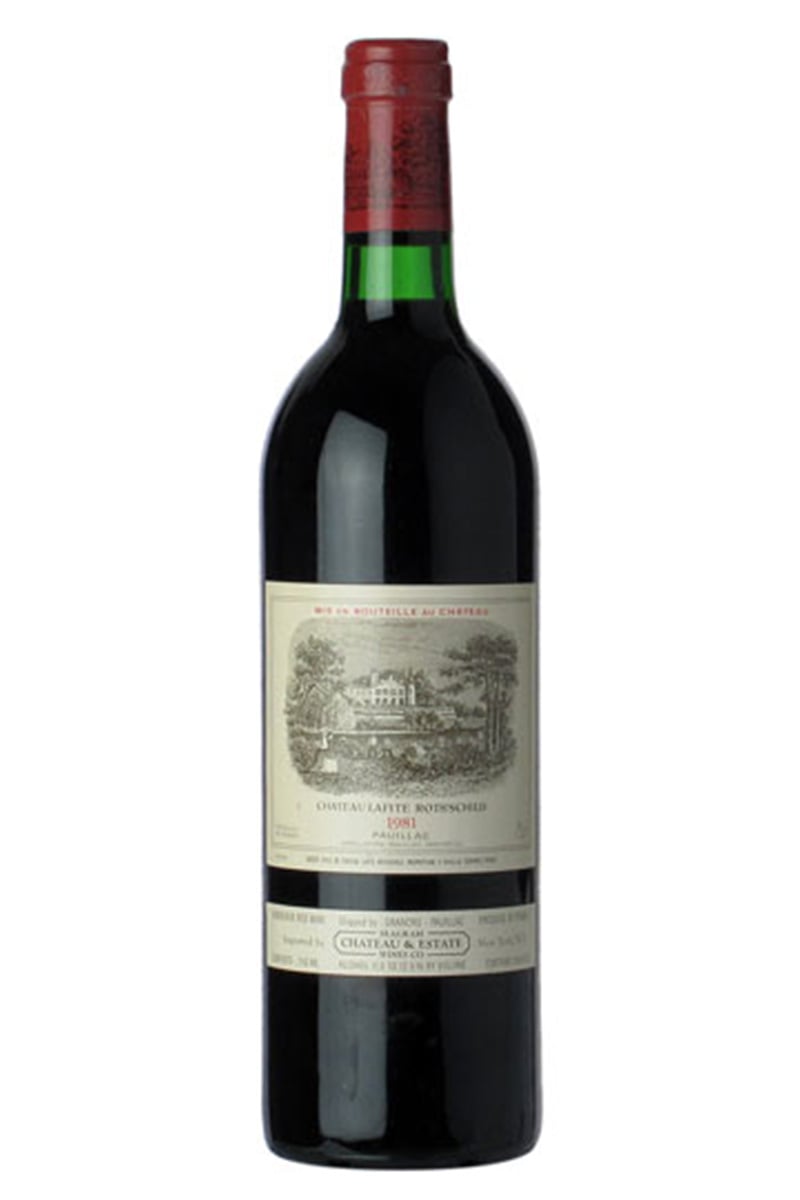 Located in Pauillac in the Médoc wine region, Château Lafite-Rothschild is a world-renowned winery with 1869 recognised as a top vintage produced by the Rothschild family. In 2010 three bottles of this vintage were each sold by Sotheby’s in Hong Kong for US$232,000. The gravel from the nearby Gironde river creates the optimal conditions for the cabernet sauvignon grape variety to ripen, producing some of the best high-quality red wines on the planet. 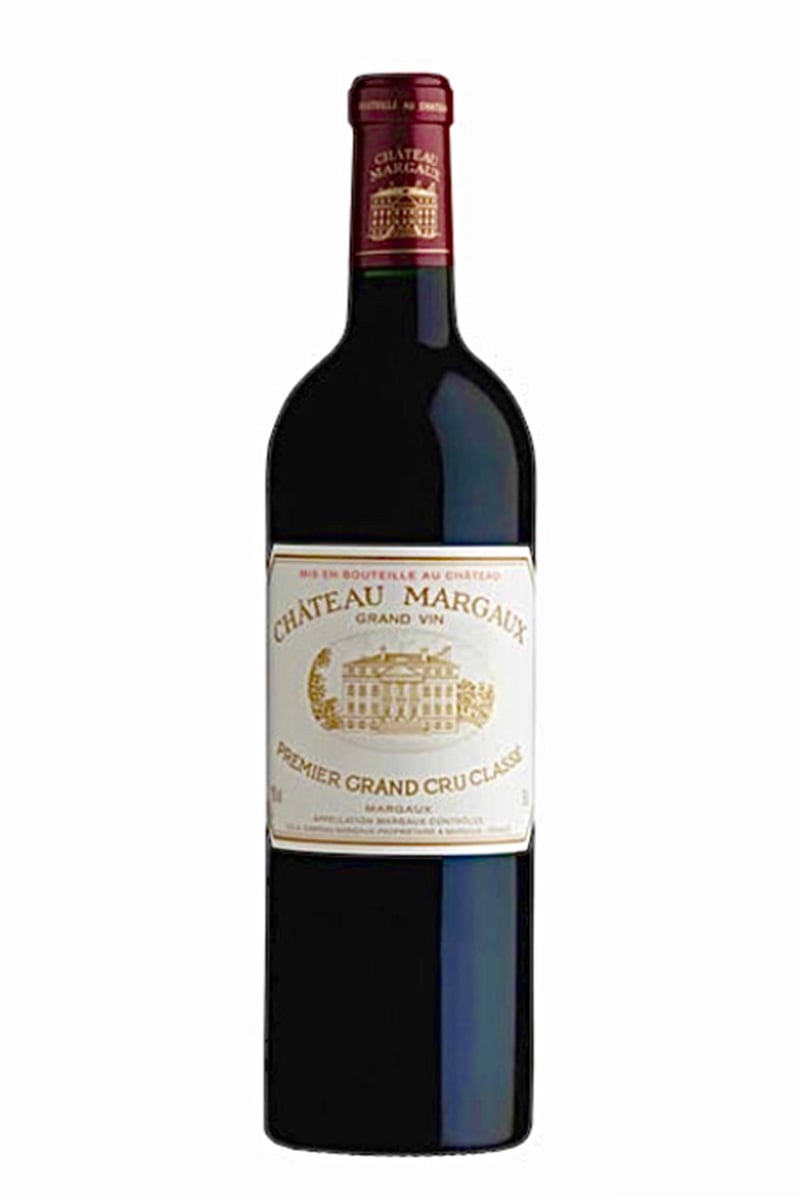 Chateau Margaux is a typical Bordeaux chateau that has remained relatively unchanged since the 17th century, continuing to produce some of the top wines year-on-year. In 1989 a wine merchant from New York valued a bottle of 1787 at US$500,000, after which it fell to the ground by a waiter while in the Four Seasons and shattered. Insurers covered US$225,000, which made it the most expensive wine never to be sold.

The uniquely aged Penfolds Block 42 Kalimna cabernet sauvignon consistently scores above 90 points by wine critics. 12 ampoules that were hand-crafted by South Australia’s top artists for the ambitious Penfolds Ampoule Project are used instead of bottles to age the wine. Each vessel contains as much wine as a standard bottle (750 millilitres) and is worth the length of time that Penfolds has been producing wine – 168 years. Eleven of these rare objet d’art sculptures were made available and when the purchaser decides to taste the wine a winemaker from the company will travel to them ready with a scribe-snap in hand. “If they want me to open an ampoule on the top of Mount Kilimanjaro, that’s where I’ll go,” Penfolds Chief Winemaker Peter Gago says. In December 1985 a dark green glass wine bottle sealed with thick black wax was sold at a Christie’s London auction. It was discovered in Paris among other wines from top vineyards, including Lafite. Etched into the unlabelled bottle was the year ‘1787,’‘Lafitte’ and the initials ‘ThJ’. Despite the aged appearance of the vessel the wine itself was reportedly of high quality, with the engravings from eighteenth century France according to glass experts from Christie’s. It is believed that the bottle once belonged to Thomas Jefferson who developed a taste for French wine whilst serving as America’s Minister to France. Whether or not these rumours are true, Chateau Lafite 1787 represents the most expensive single wine bottle to be sold at an auction.

Read next: A look at Asia’s 10 best restaurants