A Plumm glass fit for every wine style 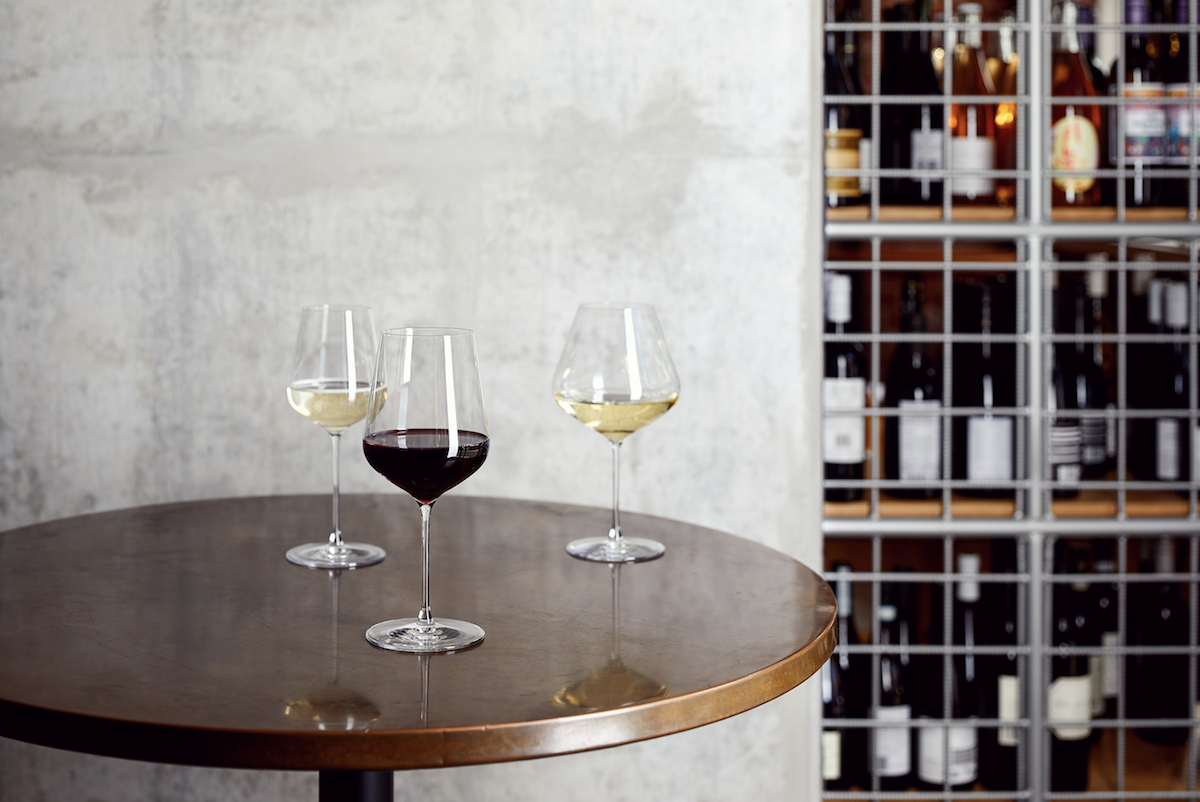 To celebrate its 10th anniversary, Plumm has launched a new range of premium wine glassware that suits the gamut of wine varieties in just three glass styles. Called Plumm Three, the Sommelier Series, this range of wine glasses is the culmination of extensive research and design with some of Australia’s leading sommeliers, including Matt Dunne, wine judge and group sommelier of restaurant and hospitality group Solotel, co-owned by chef Matt Moran.

Based in Melbourne, Plumm is part of the Joval Wine Group, which produces its own wine, as well as importing and distributing wine. Plumm glasses are designed in Australia for local tastes but manufactured in northern Europe from premium European lead-free crystal using a pull-stem method.
During the launch at Bentley Restaurant and Bar in Sydney’s Radisson Blu Plaza Hotel, John Valmorbida, Managing Director of Joval Wine Group, told The CEO Magazine, “Wine is complicated, but wine glasses shouldn’t be. That’s our motto. To me, drinking a good wine out of a cheap glass is like watching a good movie on your phone instead of at the cinema.”

The three-glass concept is simple. Number One is a universal glass to be used for red and white wine styles with a focus on full-bodied reds. Number Two is a white wine glass for fresh, crisp white styles and sparkling wine. The Number Three glass is specially designed for lighter reds and textural whites, especially pinot noir and chardonnay.

“The launch tonight is about our third range,” said John Valmorbida. “We asked some of Australia’s leading sommeliers to team up with us to design a glass they want for their restaurants to showcase their wines to their customers.”

Instead of aligning a large number of glasses in the range to suit wine varieties, Plumm Three covers wine styles instead, to make the job of sommeliers (and home users) easier, without compromising the wine experience.

To emphasise the point, and to highlight the effect that glassware can have on quality wine, Plumm served premium wines at the launch including a sparkling, pinot grigio, chardonnay, pinot noir and shiraz in appropriate Plumm Three glasses, and asked attendees to also try each wine in a cheap, mass produced glass. The differences in wine fragrance and taste were quite noticeable in the different glasses, even for wine novices.

“People now understand the impact a glass can have on a wine.”

“We have a different approach. Our glasses are designed to be style specific. It’s a simple solution, whereas others like [glass manufacturer] Riedel have always been varietal specific,” said Mr Valmorbida.

“We know wine. We are probably the only wine company in the world, that we know of, that has their own wine glass brand. Our glasses are used in over 1,500 restaurants in Australia. We also know wine customers, and we know a lot about glasses because we have been involved with glass for 30 years.”

Plumm Three – the Sommelier Series can be found Australia’s best restaurants; have yours to own from Plumm or David Jones.