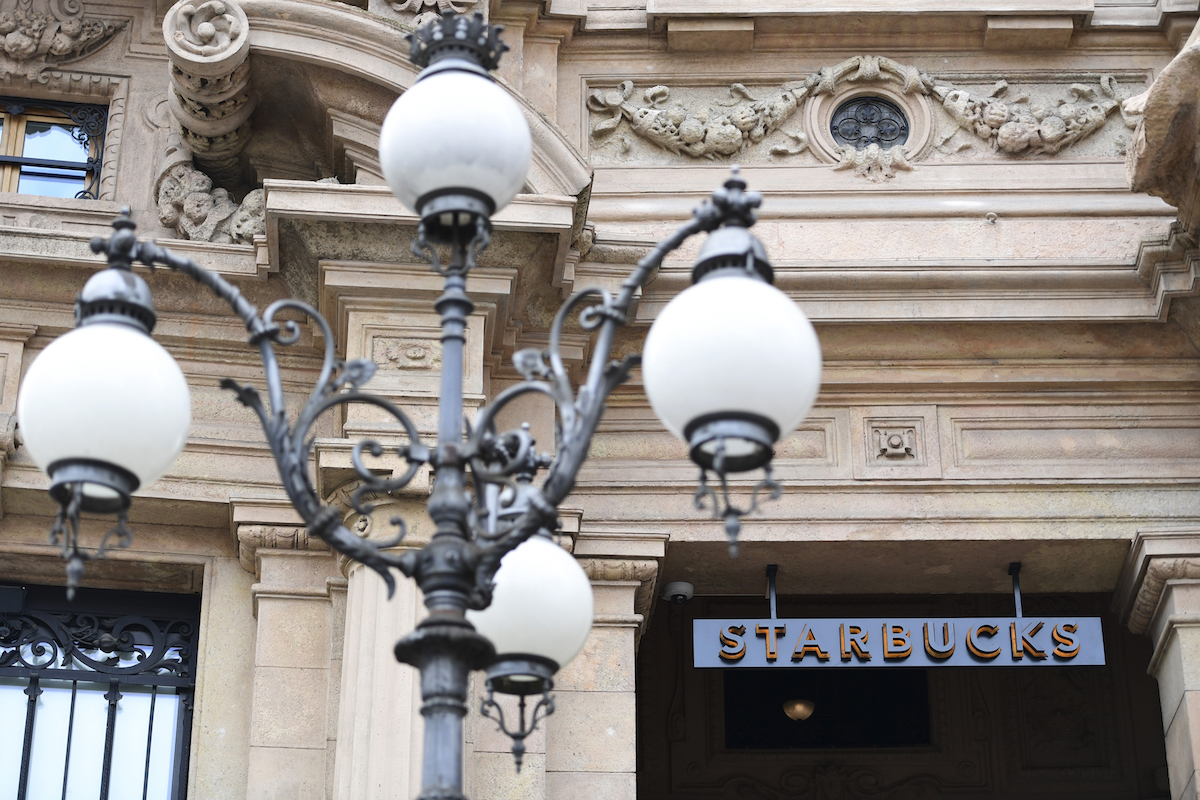 An American coffeehouse chain in Italy’s elite fashion capital? It seemed unthinkable until now. The conglomerate has offered itself up to the city in a stylish new dress-up, elegantly named the Starbucks Reserve Roastery. It’s the third Roastery for the brand since opening the concept retail space in both Seattle and Shanghai. Located in the historic Poste building in Piazza Cordusio, former CEO of Starbucks, Howard Schultz designed the store as a homage to the Italian espresso culture that is said to have inspired the start of Starbucks back in 1971.

Known for its sugary beverages, the fear is that the company will destroy Italian coffee culture altogether. However, the company has made it clear that its focus is on the locals and enriching the espresso culture that already exists. Although Milan is known for being quite a modern city, it seems unlikely that the Milanese will swap their local espresso bar for a seat at Starbucks. Even if the Roastery concept is more aesthetically appealing than its American counterparts.

The coffee culture of Italy runs deep. Dating back to the 1500s, coffee-drinking has been founded on both quality and convenience. On average, Italians only allow five minutes of their time to stand at a bar counter in the local cafe, and it’s even less for the hard-working Milanese. Starbucks’ 47 years of experience in coffee simply doesn’t compare to that of Italy. Although the locals may be hard to please, Starbucks is a sure success among tourists travelling to Milan. Located only a few streets from the Duomo di Milano, Galleria Vittorio Emanuele II and Teatro Alla Scala, it’s the perfect destination for tourists to plonk themselves down after a day spent exploring the city’s historic landscape.

Following the opening of the Roastery, Starbucks has confirmed it will be debuting additional cafes in Milan with licensed partner and retail developer, Percassi. The stores will reflect the unique coffee culture of the Italian market with a subtle American twist.

“We have taken our time to ensure our entry into Italy is done thoughtfully and respectfully,” said Kevin Johnson, CEO of Starbucks. “The introduction of our Roastery and premium Reserve brand will set the stage for the long-term development of our core store portfolio with our world-class licensee partner, Percassi”. Starbucks will focus on its use of high-quality Arabica beans with its expert baristas producing more than 115 beverages using multiple brewing methods – ensuring there’s a coffee for everyone. There’s also the use of liquid nitrogen, if you’re after a more theatrical coffee (steam and all). And just in case you forgot you were in Italy, there is the Carrara marble statue of a Siren feature, that is hand-carved by Tuscan sculptor Giovanni Balderi. Milan’s Starbucks could almost pass as an Italian heritage brand. Emphasis on almost.

Exactly 20 years ago, Starbucks stretched its legs to Europe, opening its first store in London. Italy will be the company’s 78th international market, and with a global value of over US$30 billion, the brand’s retail presence is set to soar across Italy and beyond.