The Melbourne distillery's latest release draws on both wheat and malted barley and is aged in Australian red wine barrels. 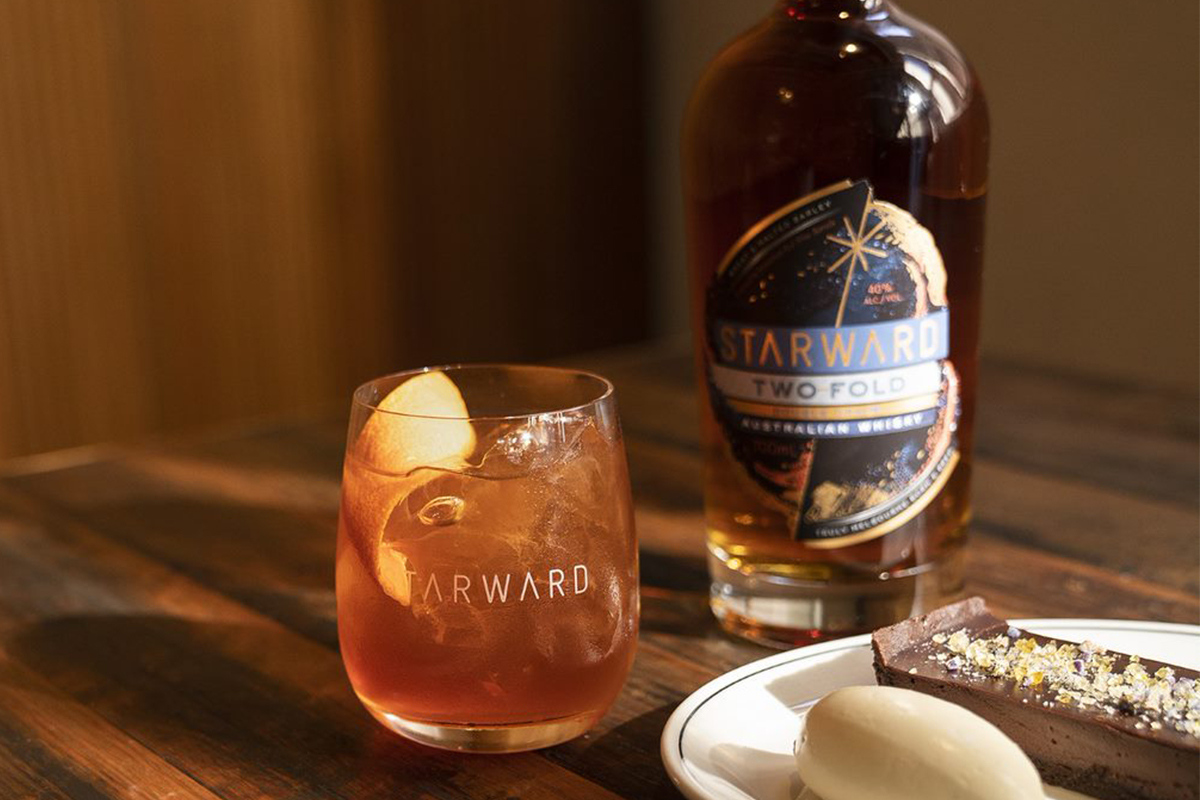 As Starward Founder David Vitale tells it, the Australian upstart had a clear vision of producing a distinctive product line rather than trying to take on the long-established whisky-producing nations at their own game.

“It’s a really cluttered environment,” Vitale says of the competition for space on back bars internationally. “The obvious thing for us to do in that context was to look to our own backyard to deliver something very different to what you find in those whisky-making countries.”

The Melbourne point of difference

Based in the cosmopolitan Australian city of Melbourne, Starward distillery is within a day’s drive of many of Australia’s great winemaking regions and Vitale says it has benefitted from this proximity.

“It means we can work with those winemakers and understand a little bit more about their wood-making policy and how they’ve approached using those barrels,” he explains.

“What we were looking for were barrels that would not necessarily impart an in-your-face, intense flavour.

“We wanted to retain as much of that wine flavour as possible without creating a high degree of intensity in the whisky, so working (closely) with the winemakers to do that was really critical.”

Melbourne’s famously tempestuous weather also imposes itself on the whisky-making process but Vitale says Starward is leaning right into the city’s ‘four seasons in one day’ climate patterns.

“It means the barrels are always ‘working’ in the bond store,” Vitale reflects. “The spirit expands and contracts as the temperature changes and that is happening far more frequently than it is in Scotland.

“Where (Scottish distilleries) might say their barrels are resting, ours are always working. I see them as the hardest working barrels in the world.”

All these local characteristics have helped shape a spirit that isn’t just distinctive, but eminently likeable and approachable. 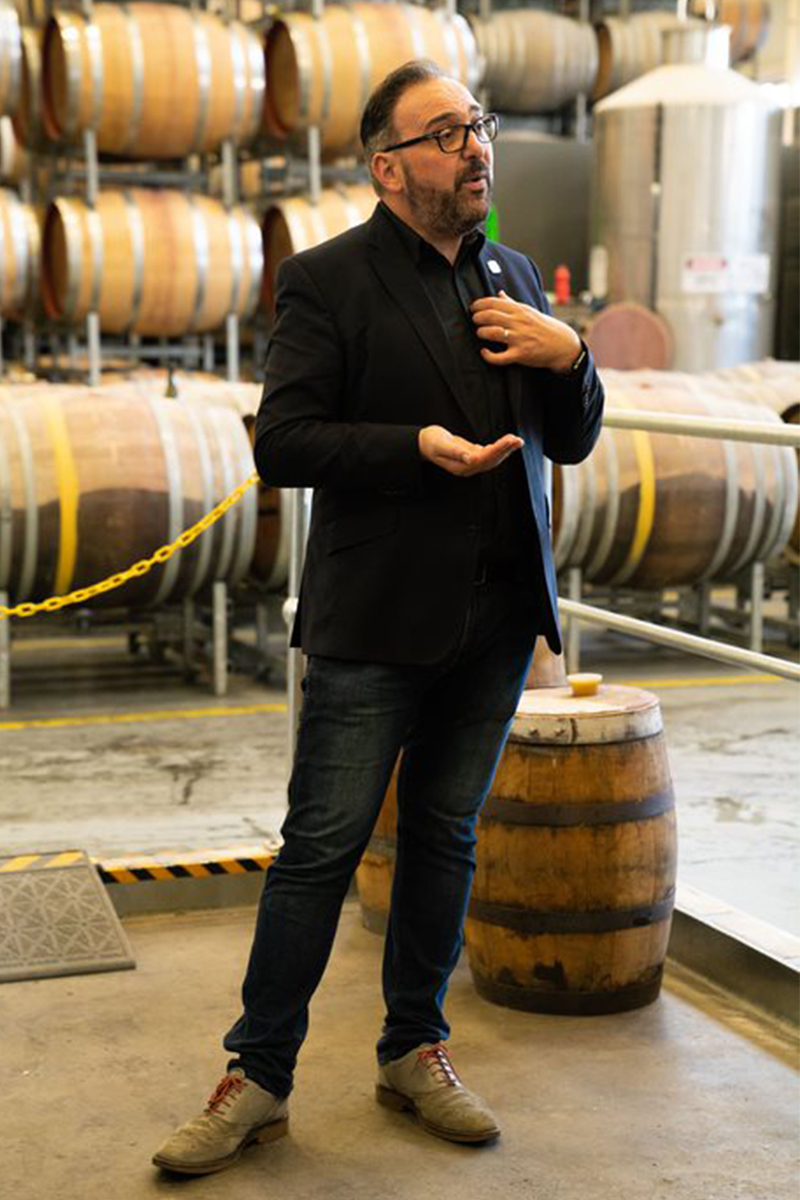 It’s a whisky with a nose of refreshing tropical and pineapple, toasted coconut and light oak on the palette. The balancing act of introducing the red fruit and berry notes is handled gracefully, with the red wine influence pronounced but not domineering.

It’s comfortably interesting enough to drink neat though Vitale says the wine notes make it an ideal base for a Manhattan. He also enjoys it with a Mediterranean tonic.

For its Melbourne launch, Starward partnered with wine bar Cumulus Up to create culinary pairings that showcased its versatility and ability to complement and co-exist with hearty food.

“We see it as something that can live around the dinner table. There’s no reason why we can’t have it before, during and after dinner, as opposed to simply by the fireplace, wearing a tweed jacket.”

The launch events underscore how the distillery is now enmeshed in Melbourne’s famed foodie culture and how far it has come since its early days, which Vitale describes as “white-knuckled” and a “bit hairy”.

Starting a distillery requires incredible vision and patience, especially through the barren period when capital is being sunk into a product that is years away from being ready for market.

Vitale says many craft distillers branch out into gin or vodka so they have something to sell in the years before their whisky is finally ready.

“But we didn’t want to do that…We wanted to make an iconic Australian whisky.”

The Two-Fold may be a supremely approachable tipple, but it’s also the product of immense determination and a vision of adding something singular to the world of whisky.