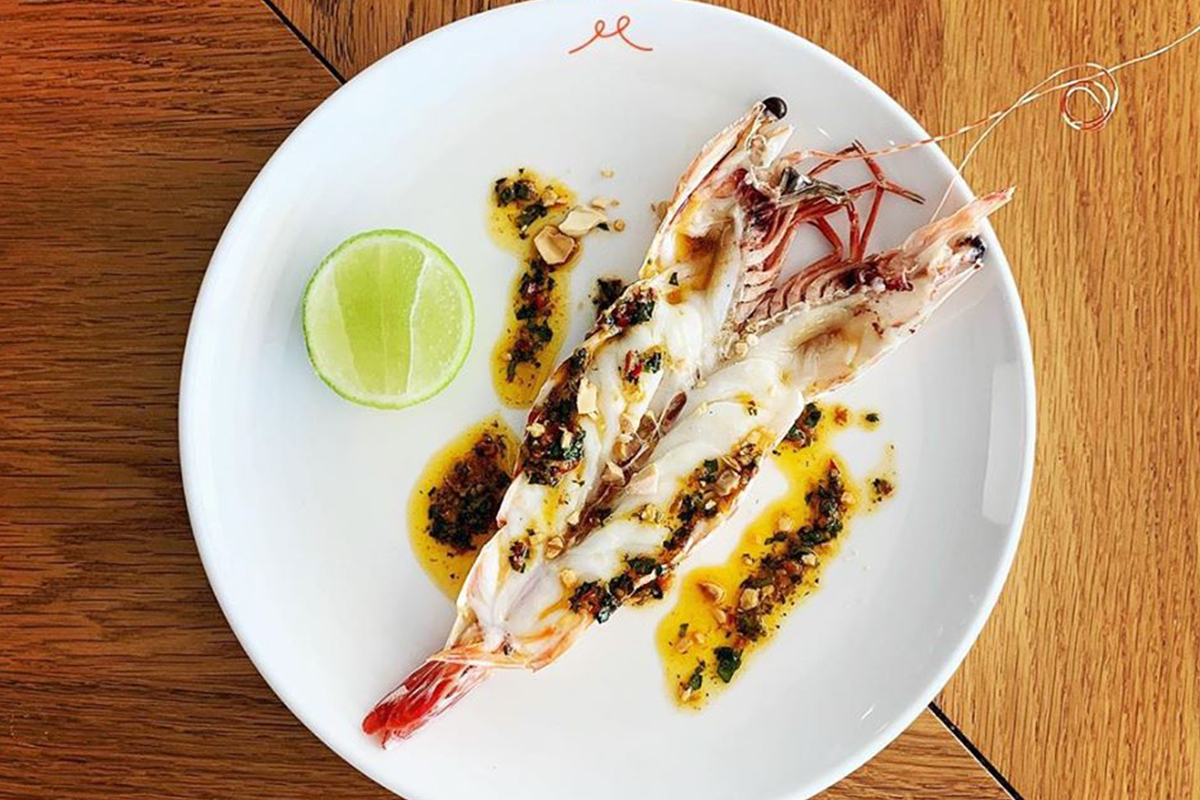 As the calming harbour water laps against the teal-hued wharf, and yachts bob gently in the warmth of a spring afternoon sun, the pristine beauty of Sydney’s famed harbour is the spot for a beguiling seafood degustation.

Some of the country’s finest fishery experts have come to celebrate local wild-caught and sustainable produce over a seven-course wine-matched menu at Manta, hosted by owner Rob Rubis in the heart of the historic Woolloomooloo Wharf.

Our intimate group of seafood aficionados is welcomed with a flute of Veuve Clicquot Champagne each before we take a seat at the dining table with marine maven John Susman, Phil Clark from WA Abrolhos Scallops, Dylan Skinns from Austral Fisheries and oyster master Frank Theodore, where each of these experts will take us on an insightful journey through the fruits of the ocean.

“Here in Australia we’re a 75% importer of seafood, so three out of four meals we eat are derived primarily from import,” John says. “What is really worth celebrating is wild-caught Australian seafood.”

Following pillowy-soft homemade focaccia with whipped bottarga (caviar of the south) butter, a tasting plate of Sydney Rock and Pacific oysters done three ways is a delightful way to start the meal. 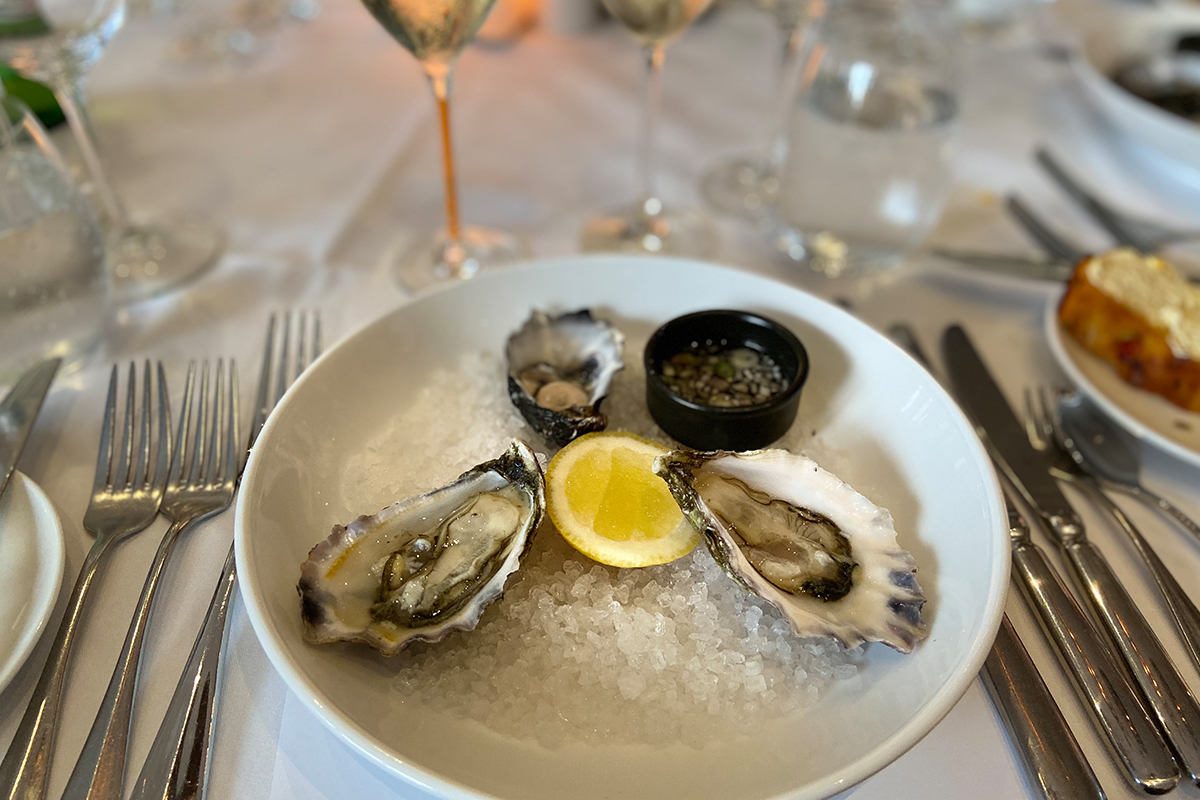 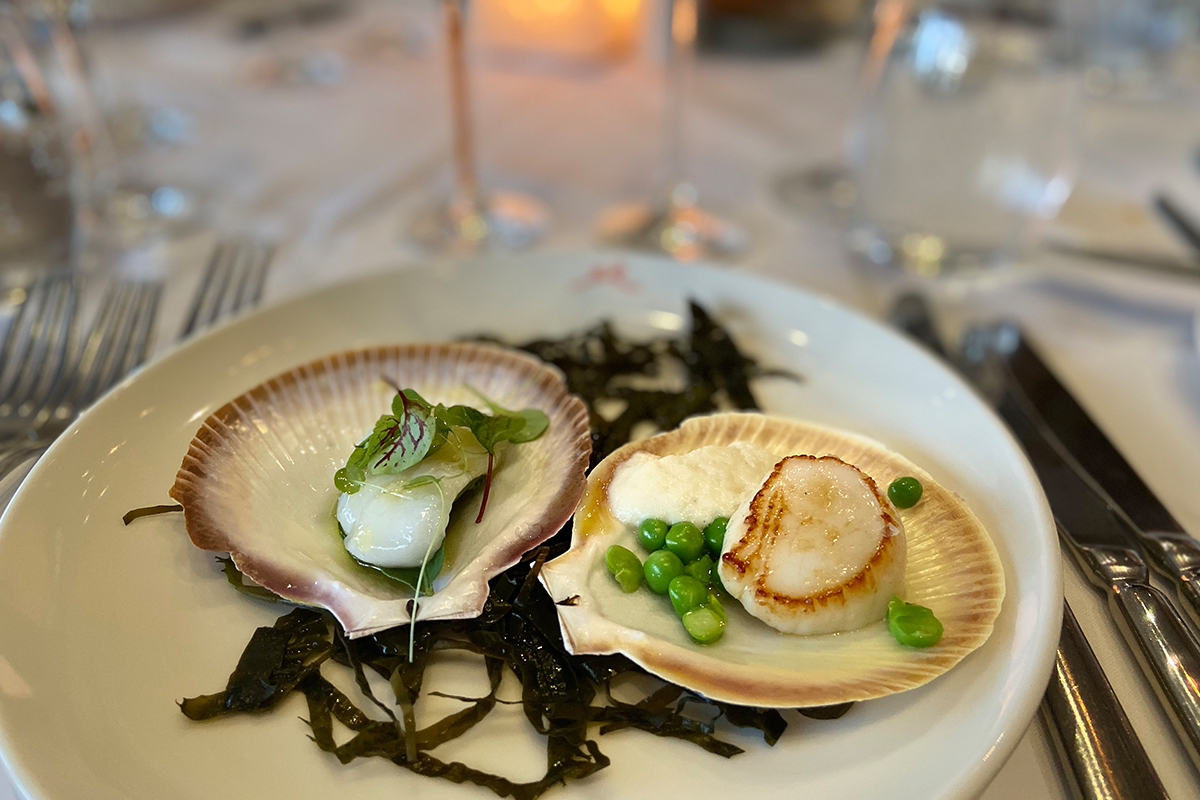 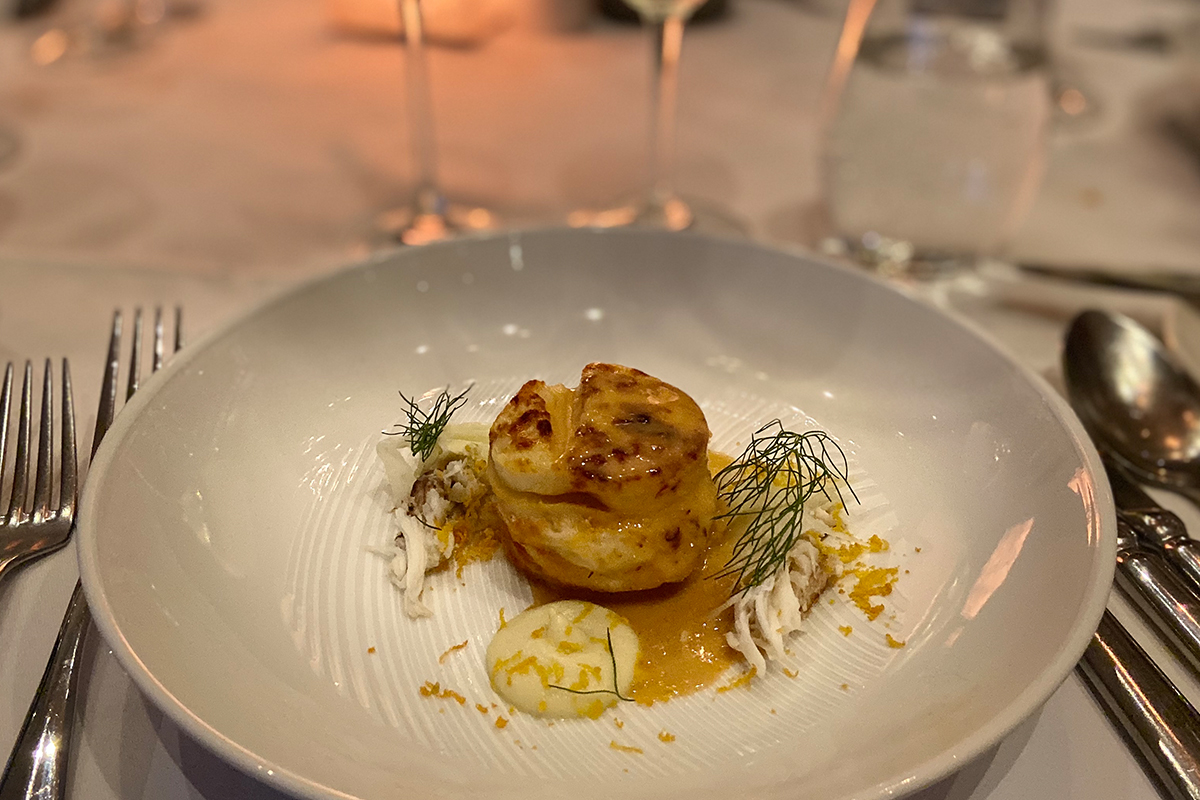 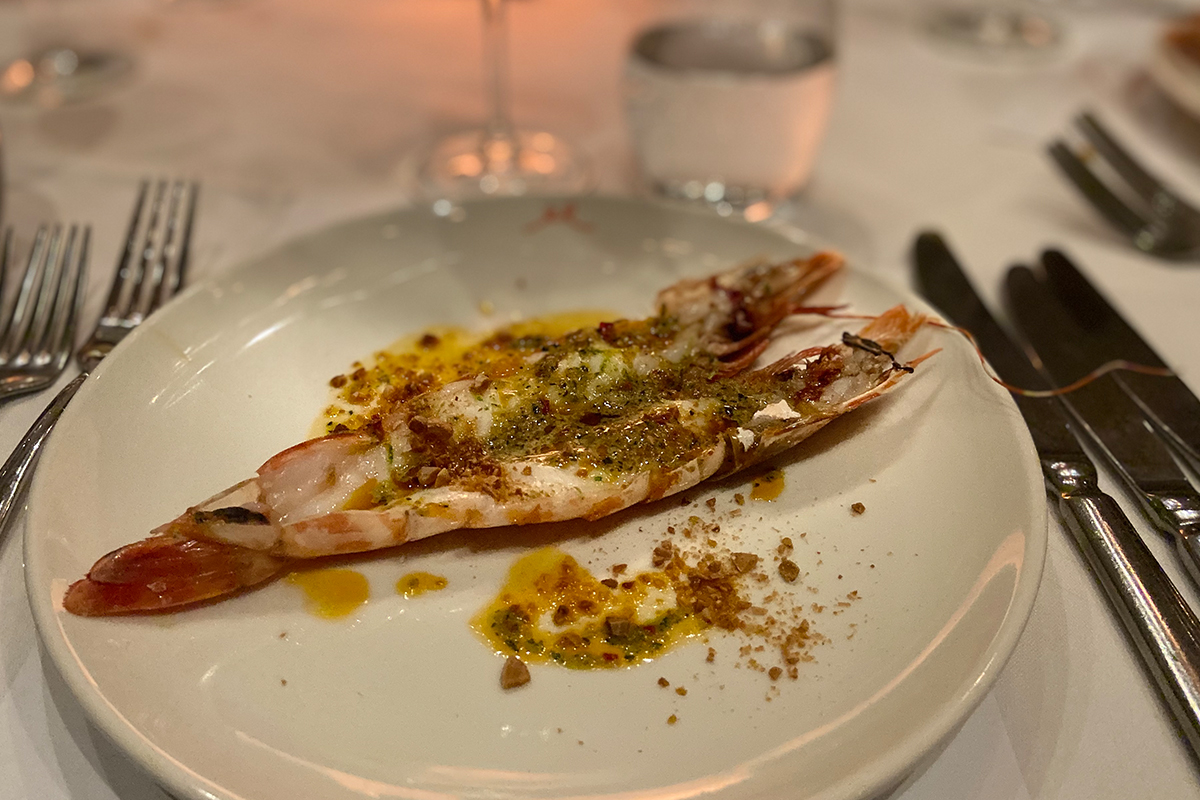 Through flavours of white balsamic mignonette, lemon, and natural, we work our way from the gentle, salty Pacific oyster over to the complex, bold Sydney Rock.

“The good thing about starting with oysters is they are actually the most exquisite thing you can eat,” John says. “They are the quintessential flavour of the sea.”

Complementing the oceanic zest of the molluscs are two plump Abrolhos Island scallops – one served raw with pickled green olives, lemon leaf and baby sorrel leaves, and the other seared and accompanied by Jerusalem artichokes and green peas.

“They are made out of the environment they’re in,” Phil gushes. “They’re from one of the most natural places on the planet.

“It’s got the highest abundancy of seafood and highest diversity – it’s the sweet spot where you get the southern species and the northern species all in one.”

Considered the most coveted scallops in the country, the fishermen are conscious not to overfish. Only 60 tonnes of Abrolhos scallops are harvested at peak times each year – a relatively small number in comparison to what can be sold.

Each bite is soft, robust and juicy, the natural flavours unhindered by well-considered accompaniments. 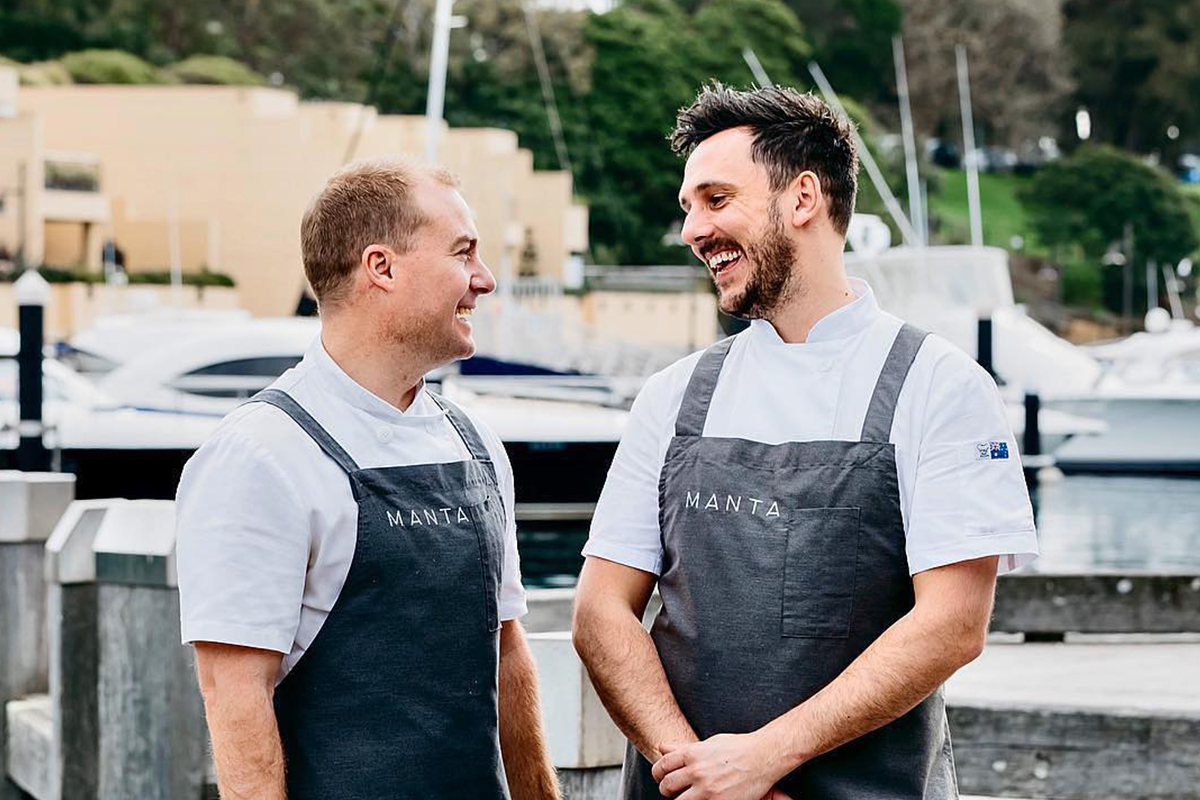 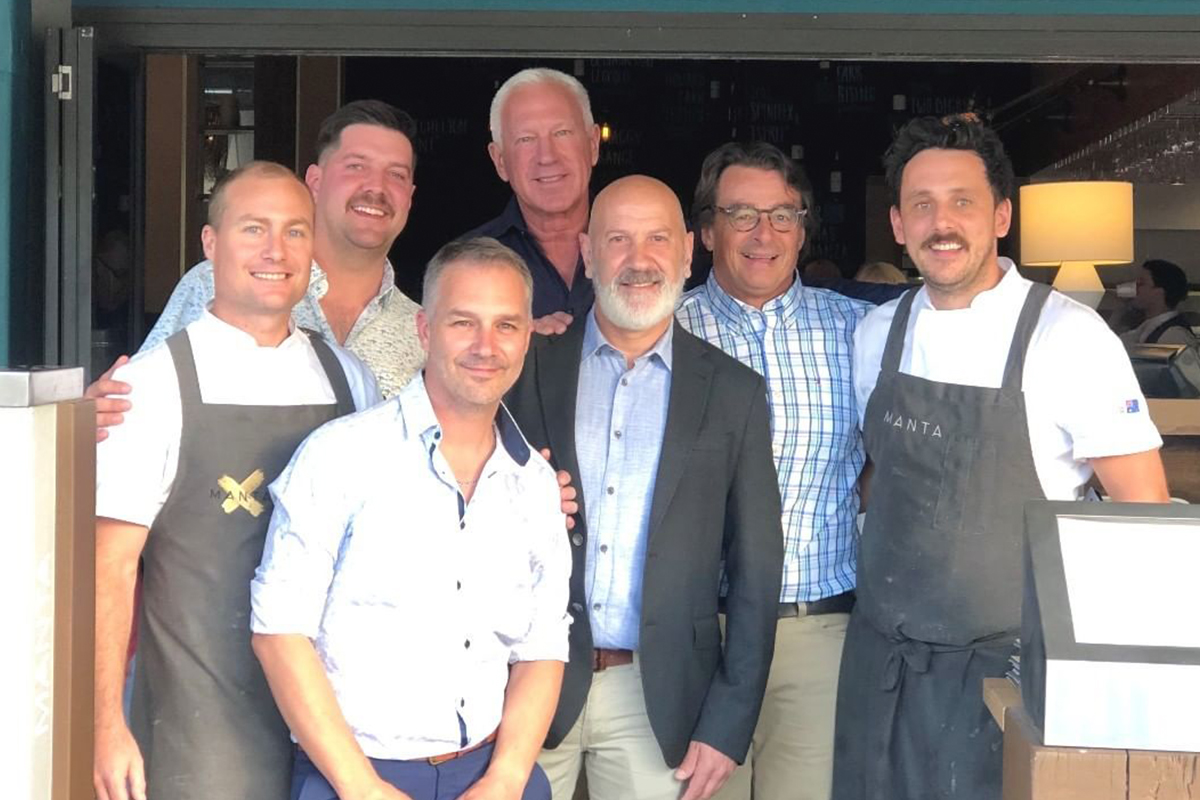 And it wouldn’t be a seafood feast without Rob’s signature Shark Bay blue swimmer crab lasagne. A well-loved favourite for good reason, it’s remained a feature on his menus over the past few decades, tweaked ever so slightly each time.

Lashings of meaty crab, intricate layers of pasta infused with orange, and an indulgently creamy sauce make for a luscious dish, which resembles a petit souffle more than Nonna’s hearty lasagne.

Not only is the crab a mouth-watering delight, but the crustacean is also sustainably sourced.

“Shark Bay had a heat wave in about 2010, so we stopped fishing for about four years,” Phil explains. “The reproductive system in crabs is really impressive so within two years the crabs came back in big numbers.

“Before the heat wave they caught about 900 tonnes, now it’s down to 300 tonnes. It’s a completely sustainable fishery. It’s also the biggest loose crab fishery in Australia and is world heritage – one of the only places on the plate that ticks all the criteria.”

Much like the crabs, Skull Island tiger prawns are handled with care – something that ultimately transforms an ordinary floury-textured prawn into something deep and savoury.

Dripping in a garlicky almond butter, the salt-baked whole butterflied Skull Island prawns with chermoula shine on the plate, demonstrating the vigilance taken from sea to table. 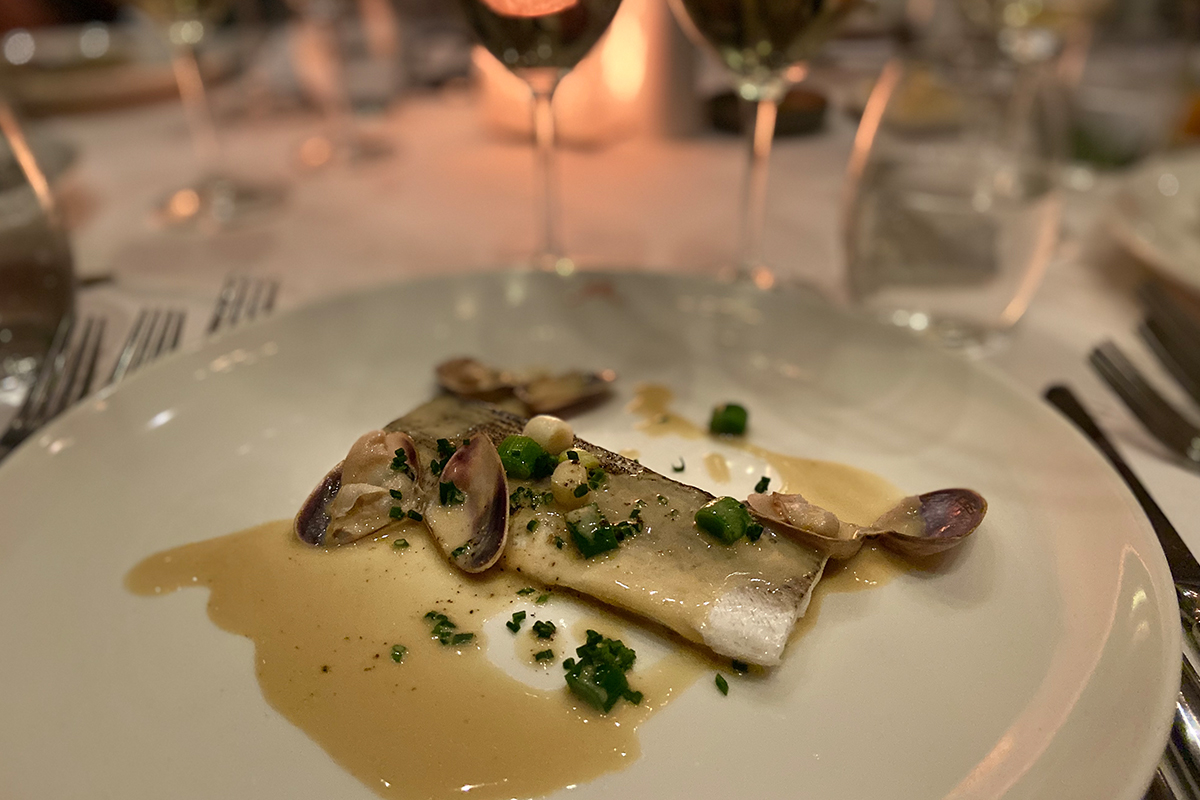 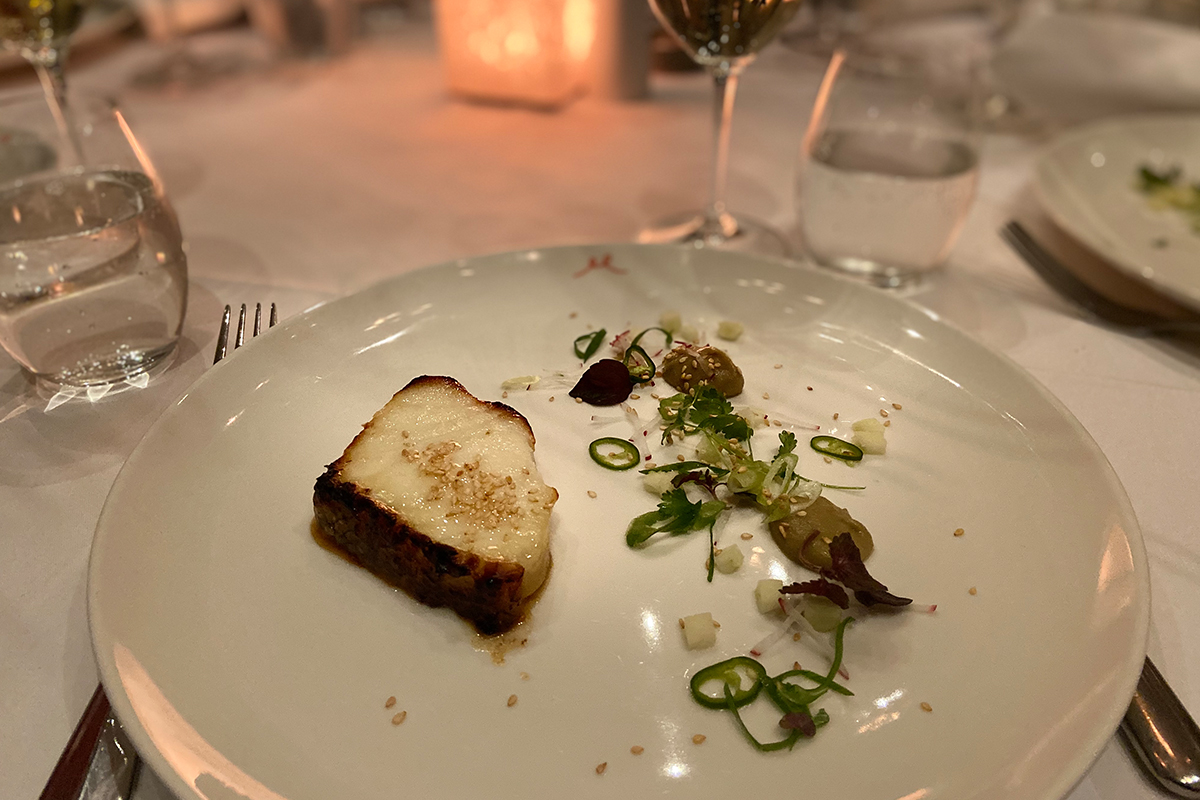 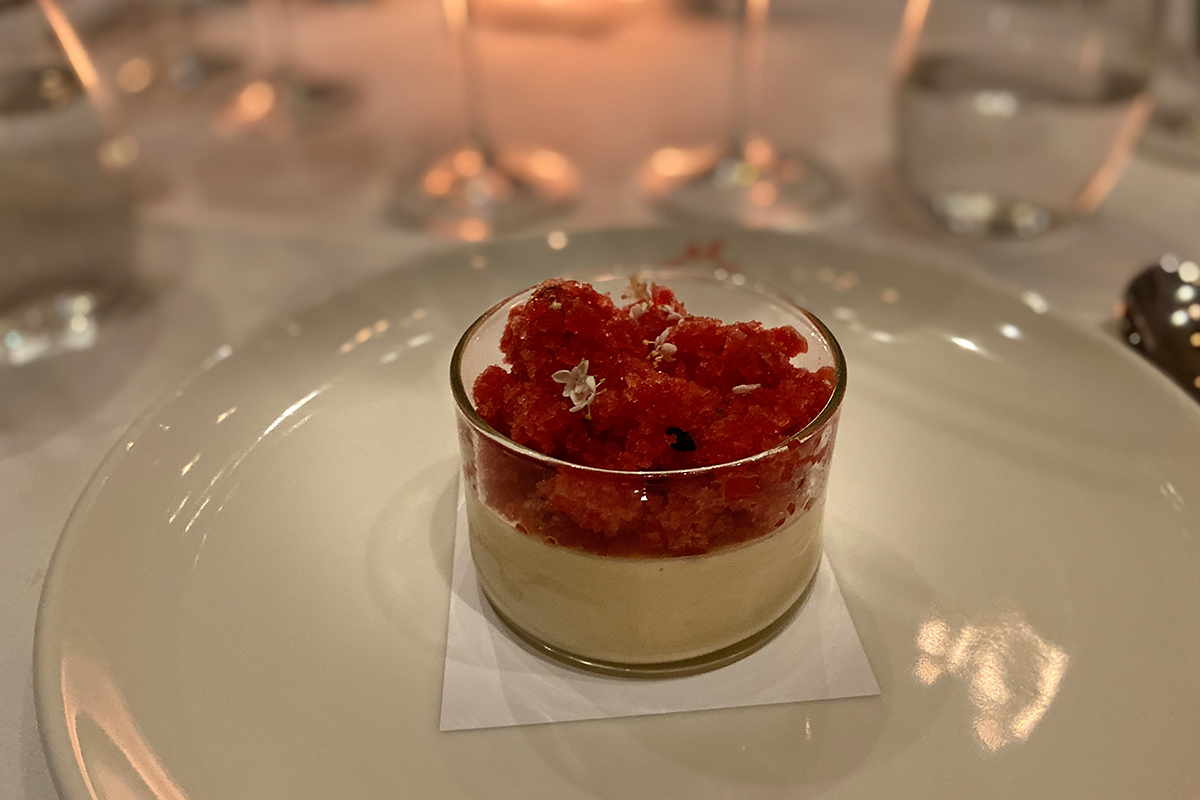 Moving in the seafood theme from crustacea through to fish, the King George whiting proves itself to be the perfect bridge between courses.

“It’s my favourite fish on the whole planet,” John enthuses. “It feeds almost exclusively on scallops and prawns, which is why it’s incredibly delicious.”

Delicious is an understatement. The steamed King George whiting, with pencil leeks and complementary Goolwa pippies, is a melt-in-the-mouth, sweet and velvety sensation.

Before reaching the pinnacle of the degustation, we’re treated to a surprise piece of subtle, flaky Dhufish. The golden offering comes from Western Australia and is an incredibly limited resource with only 37 tonnes caught in 2018.

The exquisite meat is naturally flavoursome because it feeds on Crayfish, however the way it’s killed impacts the overall quality – as it does with all types of fish.

“If you’ve seen how a fish twitches after it dies, that stress isn’t good,” Phil explains. “We cut the messages off by spiking the brain and the fish just sits there. It changes the colour of the fish and how long it actually lasts post-death.

“It’s an instant death so the fish stops stressing. It’s the most humane way to kill a fish.”

Pioneering the way to sustainability, Manta showcases a bountiful serve of toothfish caught by long line 400km southwest of Perth.

“We actually forged a way to create a sustainable process of the toothfish,” Phil says. “They don’t have any bycatch and they release one in three fish.”

Served beside a trail of eggplant caviar, apple and pickled green chilli, the Miso-marinated Glacier 51 toothfish positively gleams. Our first taste reveals a subtle nuttiness that is expertly offset by the smooth caviar, enriched with hints of warm piquant.

Our extravagant degustation is brought to a close by heavenly white chocolate parfait with passionfruit granita. The refreshing zing of the tart fruit cleanses the palate as the indulgent parfait ensures a sweetness that lingers, a reminder of a glorious evening.