Talisker’s oldest-ever whisky, Forests of the Deep, is part of a conservation partnership to regenerate the world’s depleted kelp forests. When a group of marine biologists and filmmakers set sail from Cape Town aboard a small ship in March 2021, their mission was to study the Great African Sea Forest – an immense habitat of endangered, underwater kelp that stretch for 1,000 kilometers from just off the coast of the Cape of Good Hope up to the southern beaches of Namibia.

In addition to the tonnes of scientific equipment and specialist cameras, the vessel had another, unexpected cargo secured to its bow – enough gently curved, oak cask staves to make 10 barrels that would be transported to the Isle of Skye off the west coast of Scotland, carefully charred over sustainably farmed kelp and then used to flavor a very special whisky.

Talisker’s Forests of the Deep is a limited edition 44-year-old single malt – the company’s oldest ever release – with an important and meaningful connection to the ocean. Finishing it in barrels exposed to such harsh sea air imbued it with a vibrant saltiness that balances the smooth oak character that built up over so many years and awakens a vibrant edge of complexity that’s rare in such an aged Scotch.

Only 1,997 bottles have been produced, retailing worldwide at around US$5,000 and expected to sell out in closer to 44 days than 44 years.


It’s the result of a partnership between Talisker, which is owned by drinks giant, Diageo, and renowned conservationists, Parley For The Oceans, who organized the expedition. Together they have pledged to regenerate 100 square kilometers of lost kelp forest within the next 12 months.  The seaweed is one of the planet’s most effective sequesters of carbon dioxide, but vast swathes have perished due to pollution and rising sea temperatures.

Scotch on the rocks Talisker has had a strong bond with the seas from the day its distillery was founded in 1830 by brothers, Hugh and Kenneth MacAskill, on the rocky banks of Loch Harport near the windswept island’s rugged east coast. The name means ‘Sloping rock’ in Old Norse.

Right from the start, the water used for production has been drawn from Cnoc nan Speireag, a natural spring next to the distillery and flows over beds of peat, adding depth and sophistication to the whisky.

Meanwhile, the peat burned during malting adds the distinctive smoky flavor that has won the brand scores of international awards and decades of acclaim from connoisseurs.

But many are surprised to learn that, until relatively recently, a substantial proportion of Talisker’s output – and most other Scotch producers – was blended whiskies.

The rise of the single malts was actually borne out of the biggest crisis the industry ever faced in the 1970s and 1980s when whisky found itself decidedly out of vogue.

Sales fell off a cliff as drinkers turned to vodka cocktails, wine coolers and gin.  Craft beers and New World wines flooded the market while the poor old dark spirit was dismissed as an old man’s drink, something your parents drank back in the day.

With no demand for their output, many distilleries closed down and others were suddenly sitting on huge volumes of stock that became known as the ‘whisky loch’. 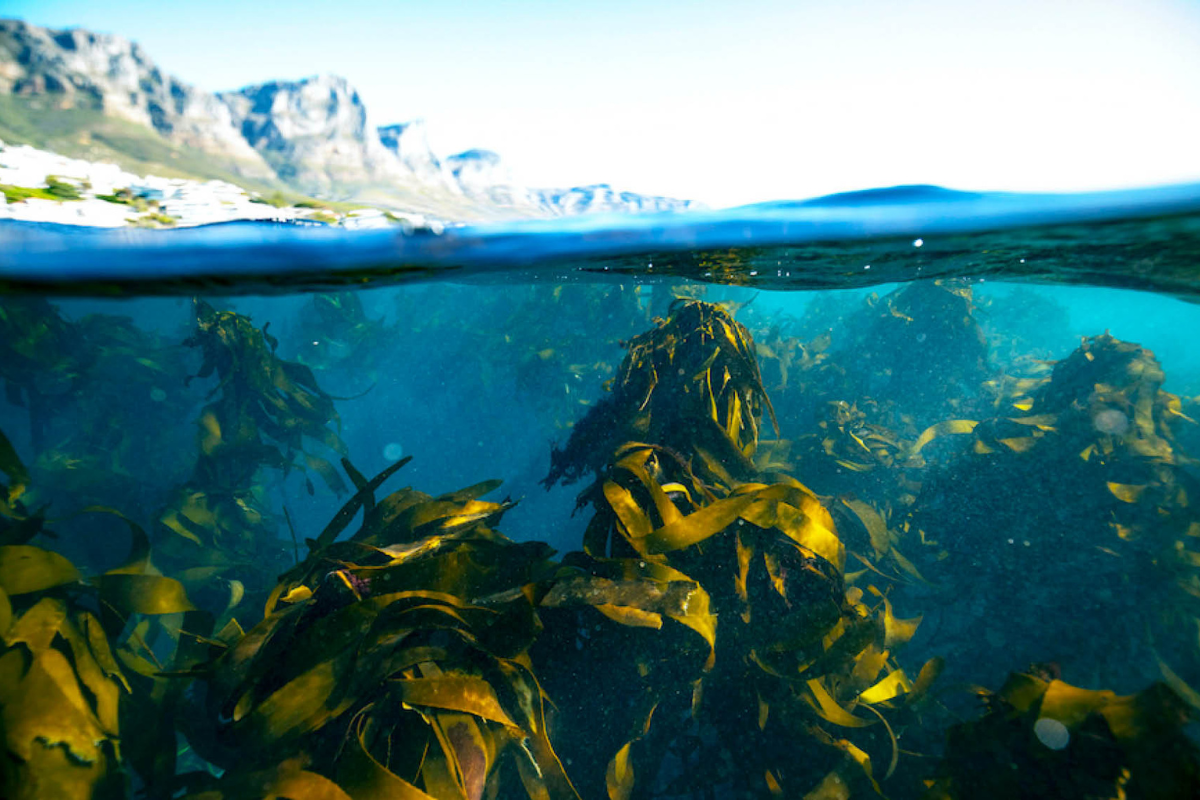 But rather than cracking open a barrel to drown their collective sorrows, the industry hit upon a clever wheeze – marketing its single cask whiskies as desirable, esoteric spirits that warranted a premium price.

It wasn’t long before the single malt became the gold standard, worshipped by collectors, aficionados and ostentatious hosts competing to see who had the oldest, rarest vintage.

Yes, there was a degree of emperor’s new clothes about the rebranding, but it was a masterstroke of reinvention that propelled a moribund beverage to new levels of prestige.

The quality of the whisky hadn’t markedly changed – in taste tests, few could tell the difference between the singles and the mixes – but it was now a luxury product and investors were starting to sniff around, drawn by returns that often outperformed stocks.

In 2019, The Single Malt Fund became the first publicly listed whisky-based managed portfolio, raising US$26 million in capital and achieving impressive annual growth of 25 per cent.

The rewards from the so-called ‘liquid gold’ market can be extraordinary. In 2021, the Distillers One on One auction at Sotheby’s raised US$4.1 million as bidders from around the world snapped up rare varieties. Four bottles of Glenfiddich from the 1950s alone fetched US$1.4 million. A cask of 43-year-old Talisker went for US$860,000, double its estimate.

Limited edition whiskies grew in value by 478 per cent over the last decade, according to Knight Frank’s 2021 Wealth Report – more than gold, vintage cars, wine or art. 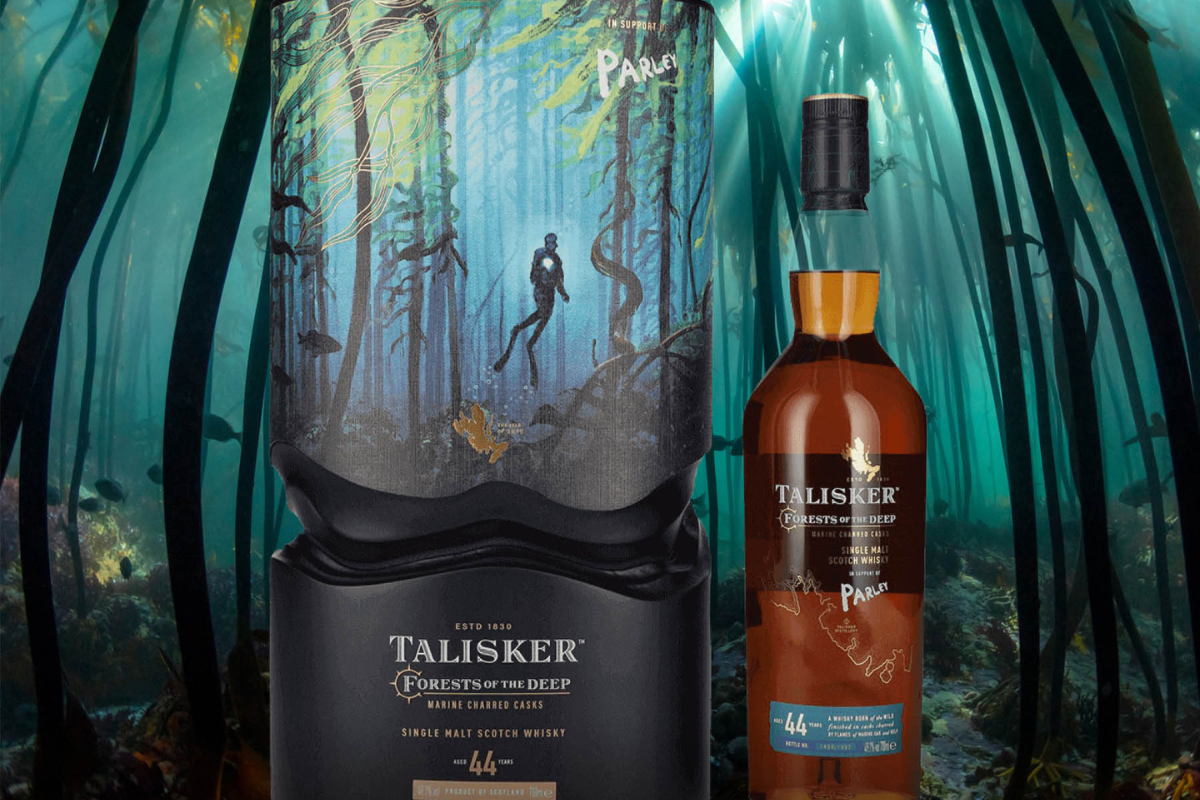 All of which means that a fair few bottles of Forests of the Deep will inevitably be squirreled away in wine cellars or secure safes rather than actually being imbibed.

“As so few bottles are being released, it has definitely attracted collectors,” Talisker’s Australian ambassador and whisky expert, Katie Nagar, tells The CEO Magazine.

“Rare Talisker single malts are much sought after, so they can grow quite substantially in value. Some of our private customers will retain them as investments.”

“Rare Talisker single malts are much sought after, so they can grow quite substantially in value. Some of our private customers will retain them as investments.” – Katie Nagar

This might be a smart financial move, but an unfortunate consequence is that they won’t get to savor one of the best-received whiskies in recent years.

The influential website, WhiskyNotes, declared it a ‘masterpiece’ while Belgian whiskey commentator Mark Dermal enthused: “The finish is nothing short of brilliant. You can really smell the seaweed! A light touch of iodine and sea salt, a warm sandy beach where thunder clouds begin to gather above, a fire pit that’s almost extinguished, jute bags, ship’s rope. An old fishing boat bobbing gently against the quay… brown toast with lamb pate, lobster on the grill.”

Nagar is a fan, too.

“It has the classic Talisker seaweed and saltiness, but the finish gives it such a punch. You get the best of both worlds – the poise of a beautifully oaked, smoky spice, but with lactose sweetness on the front palate.”

More than anything, Forests of the Deep demonstrates how, even in an industry steeped in tradition where products take literally decades to reach perfection, there’s room for innovation and experimentation.

Those humble strips of oak lashed to the deck in one of the world’s most treacherous stretches of water contributed to a mission to regenerate devastated habitats and created an exquisite maritime whisky whose character and history are inextricably entwined with the sea. For Parley by the Oceans founder, Cyrill Gutsch, Talisker was the perfect partner for their important work.

“Talisker has always been deeply rooted to the sea and its commitment preserving kelp is pioneering a path that other brands can follow,” he tells The CEO Magazine. “So it made perfect sense for us to partner up to protect the forests of the deep that surround Talisker’s home – the Isle of Skye – and 25 per cent of the world’s coastlines.

“The partnership isn’t just empowering and inspiring consumers to join the movement, it’s also creating industry trends for others in the space to alter their business models and find creative ways to enhance their products and support the protection of the oceans.”