Lifetime hotelier Laurence Geller was inspired by the deaths of his own parents to dedicate his life to dementia research and care. Now, the Loveday care homes he founded in England are significantly improving quality of life for its ‘members’. At first glance, you’d think Loveday Kensington was just another private members’ club. Royal blue armchairs sit beneath tasteful paintings. A perfectly rare beef wellington wings its way out of a MasterChef-led kitchen on a silver platter. On the roof, a garden glimmers with copper fountains and fragrant planters. Kensington Square is just steps away.

However, this is a members’ club with a difference: it’s the first – and only – in London that caters solely to the elderly. The two-and-counting Loveday properties provide world-leading, tailored dementia care for between 15 and 40 residents – or ‘members’ – per home. It’s highly exclusive with the price tag to match, yet it promises a calibre of care that goes above and beyond anywhere else.

It was founded by Laurence Geller, a lifetime hotelier who owned and operated luxury hotels such as the Four Seasons and the Ritz-Carlton. He got the idea for Loveday after watching both his parents die with dementia, which inspired him to dedicate his life to dementia research and care.

“I hate dementia, and I hate death,” he declares. “I’m going to fight it to my last breath and penny.” 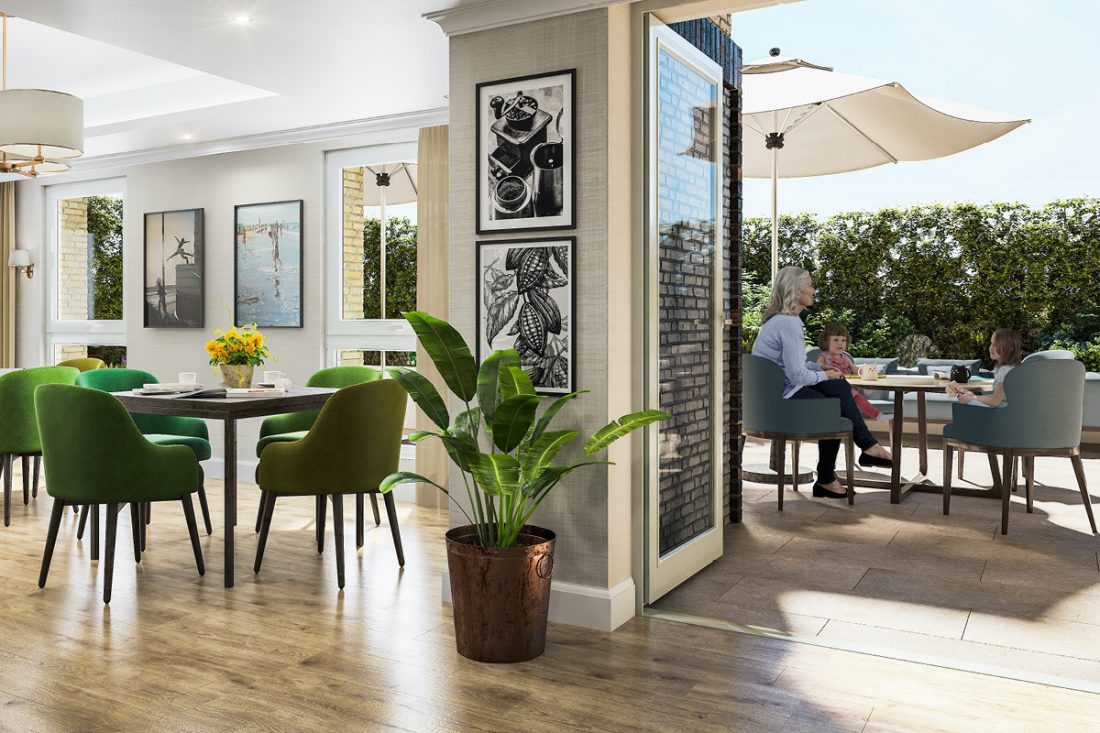 Currently, Geller is the UK’s most prominent dementia philanthropist, having poured 70 per cent of his personal wealth into memory research, dementia training and, of course, Loveday. His background in luxury hospitality fuels the look, feel and signature ‘above and beyond’ service at Loveday.

Still, his work with the University of West London makes his homes remarkable. He founded and funds the Geller Institute of Ageing and Memory, which provides training, treatment and research into dementia care – the findings of which are deployed at Loveday. The result? Cutting-edge, highly effective dementia care in a home that looks and feels like a five-star hotel.

“We can’t cure dementia – although I pray to God there will one day be a cure. But in the meantime, I’m going to make caring better and try and give patients better lives.”

Kensington is his latest Loveday location. Upon arrival, the building feels more like a luxury hotel than a care home, with a spa, salon, library, roof garden, cinema and gym. However, every aspect has been meticulously designed to enhance members’ wellbeing discretely.

Rooms have integrated acoustic monitoring that silently alerts staff if a response is required. Circadian lighting subtly elevates members’ moods. Even the walls have been painted in colours that aid movement and memory.

Inside, there are many full-time residents who are cared for at a ratio of one staff member for every two residents – streaks above the UK industry standard of one staff member for every nine residents. Members can also check in for respite care following surgery, and a day club offers tailored activities like music lessons, language classes and psychodynamic dance, which have all been curated to improve memory – and to be genuinely fun.

“We’ve got to keep getting better and trying new technology, programs and activities,” Geller insists. “I always say our people live longer because they have a good time, and they don’t want to die.” 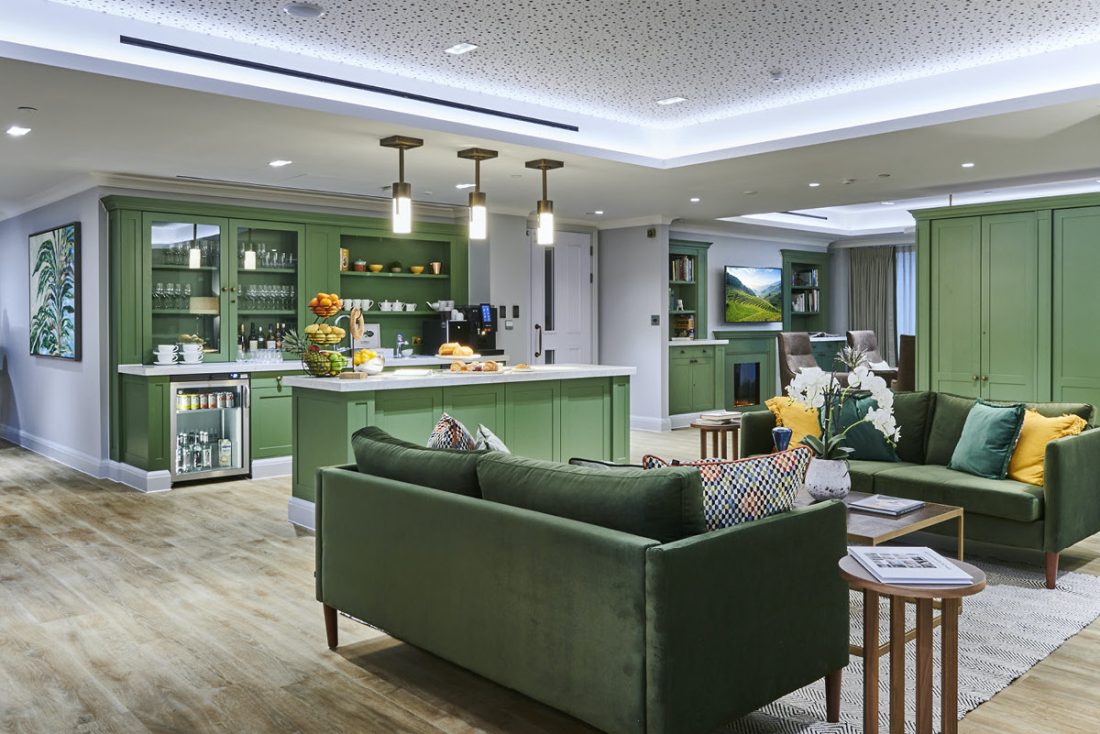 It’s a wonder nobody has done this before. There are other luxury care homes in London – Senior Signature Lifestyle for one and Battersea Place for another – but the results coming out of Loveday are incomparable and, at times, little short of miraculous.

Geller tells us about patients who come for end-of-life care that end up “alive and kicking for years”; about family members remaining part of the “Loveday family” long after their relative has passed away; and about moving moments shared with residents he knows by name, even if they have forgotten his.

“For our people, we’ve become their medical concierge,” he says with a smile. “We’re like Quintessentially on steroids within our narrow field.”

It certainly seems a promising way forward at a moment when care systems are facing incredible pressure. However, as Geller admits, it’s impossible to roll this type of care out on a cheaper, mass-market scale. Five-star treatment must, for now, come at a five-star price. However, he hopes that Loveday can be used as an example of new ways to provide care, thus carving out a path that will change the British national care system for good.

“The Geller Institute will pioneer dementia care research and national standards, which I want to give to the government. We do this by developing, implementing and then proving the effectiveness of these standards within our own care homes.”

As it stands, Geller has already funded the UK’s first master’s program in dementia care, intending to create future leaders in the field. Graduates will then administer the methods they learn either at Loveday or another home, thus helping to shape a system in which carers and the cared for are treated with dignity and respect.

And it all starts in Kensington – at a high-tech care home in which the treatments are cutting edge, the staff are respected and the residents feel as though they are at home – rather than in one.