Mindfulness: Why it pays to pay attention

A pioneer in the study of mindfulness, Harvard professor Dr Ellen Langer chats to The CEO Magazine ahead of her trip to Australia later this month. 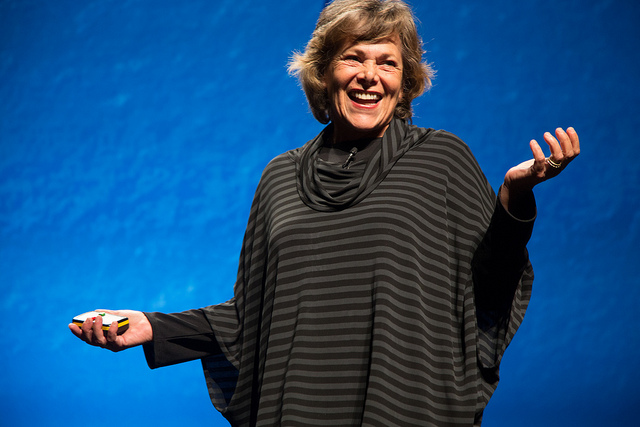 Mindfulness is quite the buzzword these days. While people understand it’s supposed be good for you, far fewer know what it really means or entails. The first woman to gain tenure in the psychology department at Harvard University, Dr Ellen Langer, has been described as the ‘mother of mindfulness’ having studied the concept for four decades.

Full of humorous anecdotes and metaphors, Ellen spoke to The CEO Magazine ahead of her appearances in Sydney and Melbourne later this month, where she will be speaking on the topic of mindfulness. Ellen helpfully cleared up some common misconceptions about mindfulness and presented a compelling case for paying more attention in daily life.

“Mindfulness is a very simple process of actively noticing new things,” says Ellen. “When you do that, it puts you in the present and makes you sensitive to context and perspective. It’s the essence of engagement.”

It’s hard not to heed this message when it comes from Ellen. She is engaging, multi-talented, and a highly intelligent woman — and is walking, talking proof that being interested makes you interesting.

Mindfulness is not the same as meditation

Ellen suggests many people are living mindlessly due to a mistaken belief that mindfulness is a practice which is difficult to master and hard to find time to accommodate. She thinks this belief is probably fuelled by widespread confusion about how mindfulness and meditation are linked.

“Mindfulness is different from meditation. Meditation is simply a tool to lead to post-meditative mindfulness. It’s a good tool, but it’s just a tool. Meditation requires active practise. Mindfulness, as we’ve studied it, is not a practice, it’s just a way of being,” Ellen explains. “What a lot of people don’t understand is that not only is mindfulness good for you emotionally and physically, but it’s also fun! It’s energy begetting, not consuming.”

How you’re wasting your time without noticing

More harmful than not properly understanding the concept of mindfulness, however, is failing to recognise mindlessness, says Ellen. This can lead to stress, negativity, poor performance, and serious health concerns. Ellen argues the benefits of being mindful are so great, and paying attention requires such minimal effort, that people who live mindlessly really are wasting their time.

“If you set out in this world recognising that you don’t know — people think they know, but they don’t, because everything is changing —you naturally pay attention,” says Ellen, who compares being in a state of mindfulness to experiencing new places and meeting new people while on a holiday. “It’s easy. It’s the way we are when we’re at play.”

Business leaders are at an increased risk of mindlessly falling into a stressful — and therefore, unhealthy — existence. Ellen says this need not be the case. As well as distinguishing herself in her career as a psychologist, Ellen is also an accomplished author and artist, plays a lot of tennis, gives presentations and interviews all over the world, and is a self-confessed ‘foodie’. “I do all this stress free,” she says.

“I don’t think that if you have a fast-paced life you will be prone to health problems, but if that fast pace comes along with high stress, it’s the stress that will cause health problems. It’s actually fun being very active,” Ellen explains.

“The mistake for a lot of people in business is that they apply a different set of rules for themselves. People mistakenly think work has to be stressful and they tolerate things they would never tolerate at home. If you’re more mindful, you’re going to prosper,” says Ellen. “Stress is a function, not of events, but of the view you take of events. The more mindful you are, the less stress you’re going to feel.”

Recognising the choices we have and paying intentional attention is a fundamental aspect of Ellen’s research, which focuses on how our minds and health are connected. She believes that calculated decision-making is an illusion, pointing out that — as people in management positions know all too well — there is no limit to the information we can consider when making a decision. Ellen argues that a deep understanding of this theory leads people to the position where they understand it is unproductive to worry about making the right decision and that, rather, they should place emphasis on making their decisions right.

Ellen is excited to present the findings of some of her research in Australia. She says it is “astounding” to see how much control we are able exert over our health and wellbeing — not to mention our lives and businesses — when we choose to be more mindful.

At the end of the day, why would anyone choose to be mindless?

Presented by Sunsuper, Game Changers is a series of talks from strategic visionaries who have taken business thinking to a new level.

Dr Ellen Langer will be the next speaker, presenting her research and posing the question: ‘Mindfulness; is it the new competitive advantage?’

As a reader of The CEO Magazine, you can register for your chance to attend one of these exclusive events here.