The art of escape: How taking a holiday is good for you and your business

Whichever way you choose to do it, leaving the office behind and taking a holiday to focus on your health and wellbeing will be good for you, and your business. 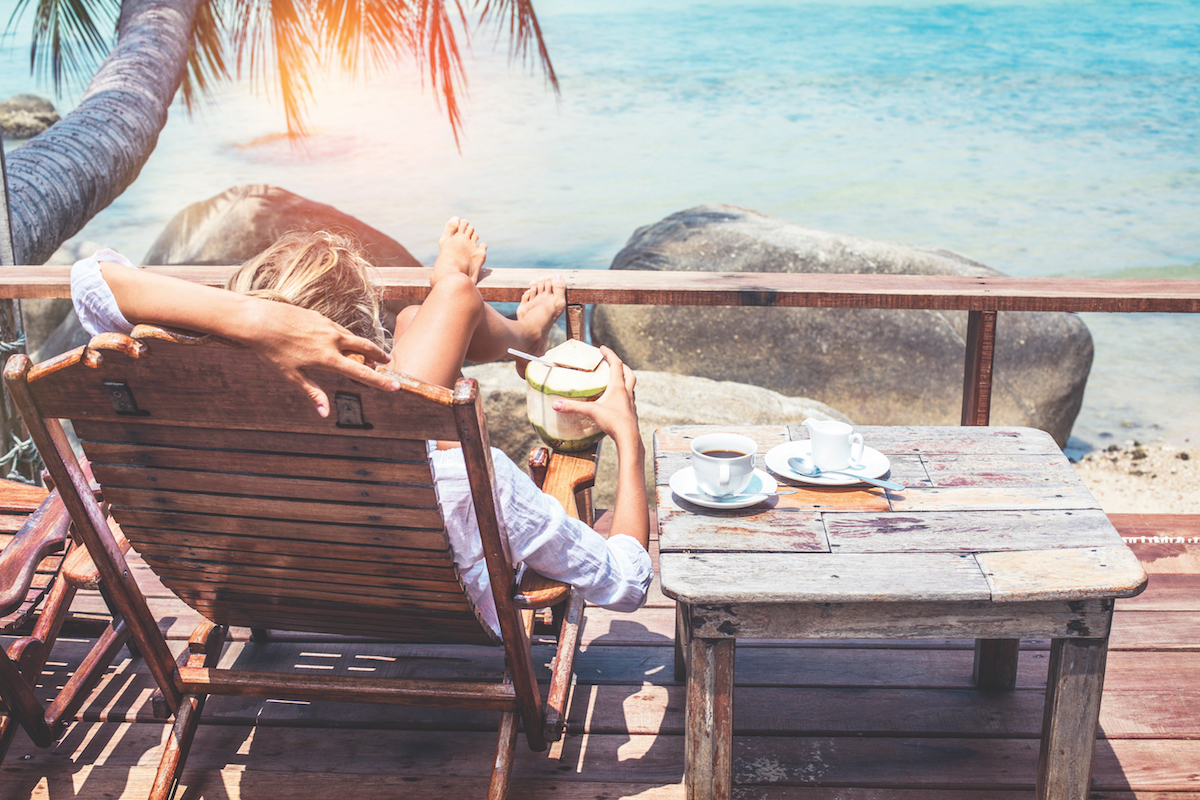 From active getaways and spa escapes to yoga and mindfulness retreats with a focus on nutrition; holidays with health in mind are on the rise as people seek to align their travels with the healthy life they live at home. In addition, holidaymakers are increasingly seeing time away from home as a chance to escape their daily stresses and to improve their overall health and wellbeing.

A holiday was once seen as a time to indulge, to let your hair down and eat and drink to excess. However, as the wellness industry booms — estimated to be worth US$3.4 trillion — so too does the wellness tourism industry.

Research by SRI International suggests wellness is one of the world’s largest and fastest-growing industries, with wellbeing tourism valued at US$494 billion as of January 2016, according to the Global Wellness Institute.

The category typically encompasses travellers taking part in a range of activities, including healthy eating, spa and beauty, eco and adventure, and fitness, as well as internal pursuits such as those focused on mind–body, spiritual endeavours and personal growth.

Health and wellbeing, which is often hard to define, are inextricably linked. In 1946, the World Health Organisation (WHO) defined health as, “not the mere absence of diseases, but a state of wellbeing”, and in 2013 the ‘Global Wellness Tourism Economy’ report labelled wellness as a state of complete physical, mental and social wellbeing. So how do we go about maintaining or attaining this state of wellbeing, and why should we?

A space for good ideas

Kate Unsworth, CEO of wearable tech jewellery brand VINAYA, says the lightbulb moment for the creation of her burgeoning label occurred while she was on a digital detox, funnily enough. Admitting to Wareable in 2014 that, as a management consultant in the tech industry, she became completely attached to her phone which ultimately led to long work hours and burn out. 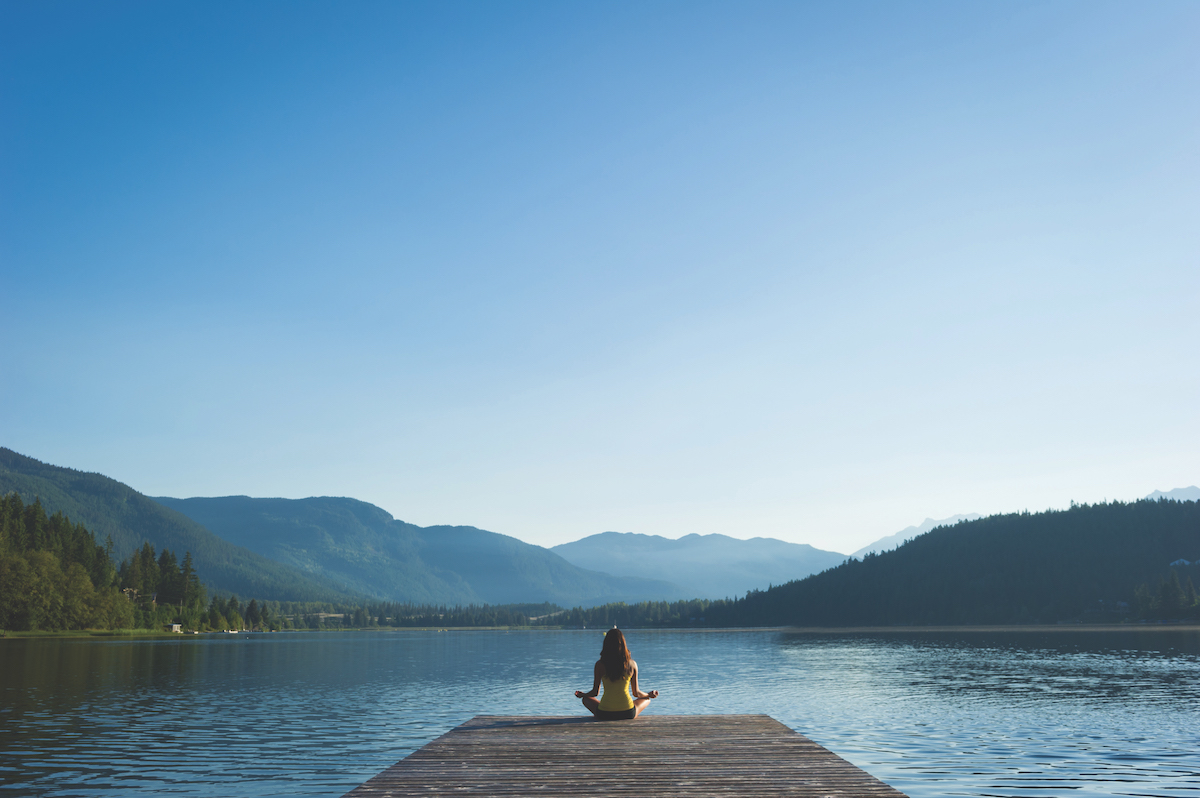 Taking a digital detox by becoming uncontactable via phone and computer for two weeks not only gave her the feeling of being “reborn”, her clear mind gave her the epiphany for Vinaya’s stylish jewellery, which allows wearers to switch off and detach themselves from their emails, phone calls, messages and endless alerts. Wearers can change their habits by opting for which kinds of communication, and from whom, they should be disturbed for.

While Unsworth’s idea happens to be directly related to the very thing she was trying to escape, there is a case for switching up our environments and switching off our technology to encourage a clearer mind and the generation of good ideas.

There is plenty of research that shows the correlation between creativity and being out in nature. Even just a few days of being surrounded by nature and disconnected from devices was found to increase creativity by 50 per cent. Likewise, we are apparently at our most creative when we are in unfamiliar surrounds.

“Nature nurtures creativity,” researcher David Strayer from the University of Utah says. “We are seeing changes in the brain and changes in the body that suggest we are physically and mentally more healthy when we are interacting with nature.”

The case for health

Of course, embracing nature not only affects creativity levels, but a number of studies also convey the positive effects it has on our health too — from reducing stress and anxiety to improving memory, improving mental health and lowering the risk of depression. Finnish researchers discovered that a walk among nature, even simply through a park, for as little as twenty minutes could have positive effects on stress levels. 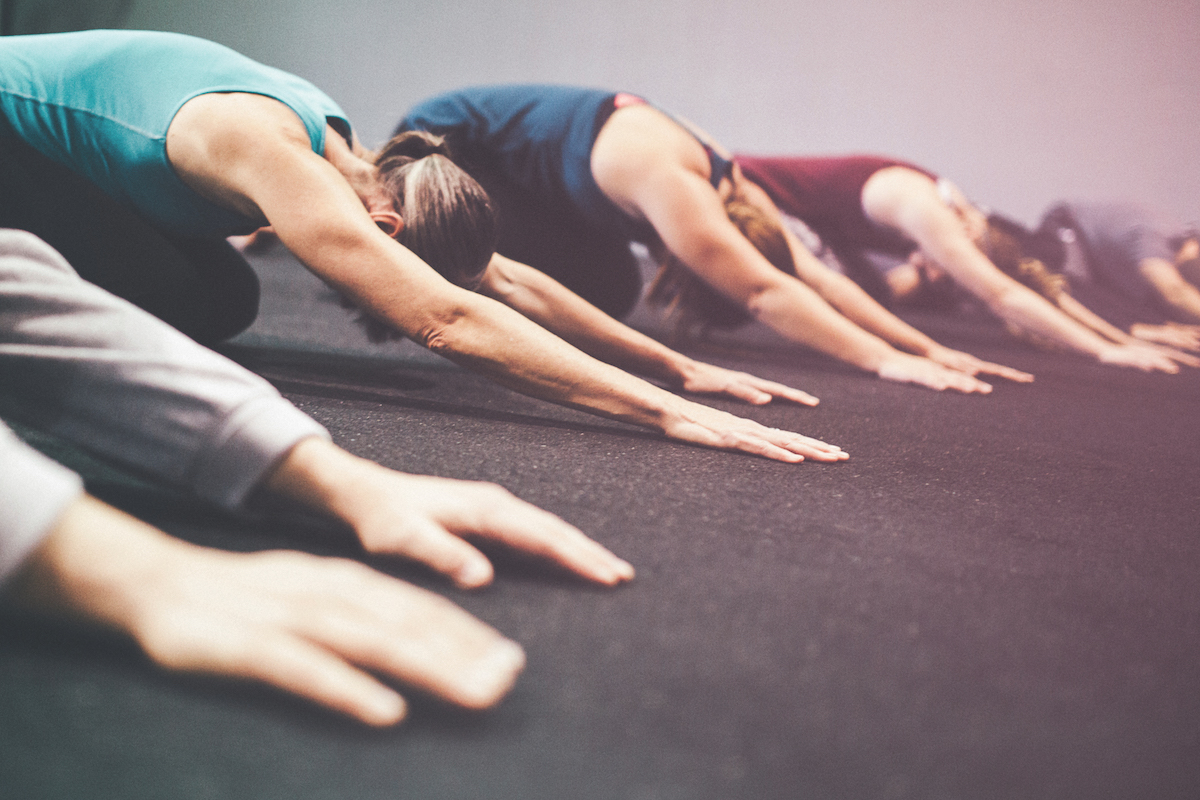 While a study out of Stanford, ‘The benefits of nature experience: Improved affect and cognition’, compared people walking in urban environments to those walking in nature to prove that it can relieve anxiety and have cognitive benefits, such as improved memory.

According to the Australian Medical Association, “spending time with family and friends, practising relaxation and taking regular breaks and time away from work are among the best ways to reduce stress”.

So while it’s normal to feel like you’re too busy for a holiday, time away could be the best thing for you. Numerous studies around the world have shown the detrimental effects over-working can have on our
health — burnout and workaholism are linked to depression, anxiety, sleep problems and shorter attention spans, plus, they can actually lower productivity and performance.

Concurrently, international research on the value of taking a holiday confirms its benefits: improved wellbeing and productivity.

Brockis suggests disconnecting from technology while you’re exercising or spending time outside — enjoy your surrounds fully. “Doing this reconnects you to those other senses to see the world around you, to smell the air, to sense the wind or feel sunshine or your skin.

She also highlights the importance of allowing your mind to fully “quieten down”, especially when preparing for sleep. “Engaging with technology hyperstimulates the brain and increases the rate of neuronal firing. This is exhausting in the longer term and makes it harder for the brain to quieten down,” she says.

“Too much time online or engaged with social media has been linked to increased anxiety levels and symptoms of depression,” adds Brockis. “Taking time out to speak with and spend time with others is crucial to our health and wellbeing (and survival).”

With almost half a trillion dollars worth of revenue (US$) at stake and an increase in the awareness of the benefits of wellness, it makes sense that the travel industry has responded with all kinds of healthy holiday options — from meditation retreats to eco adventures and detox getaways. 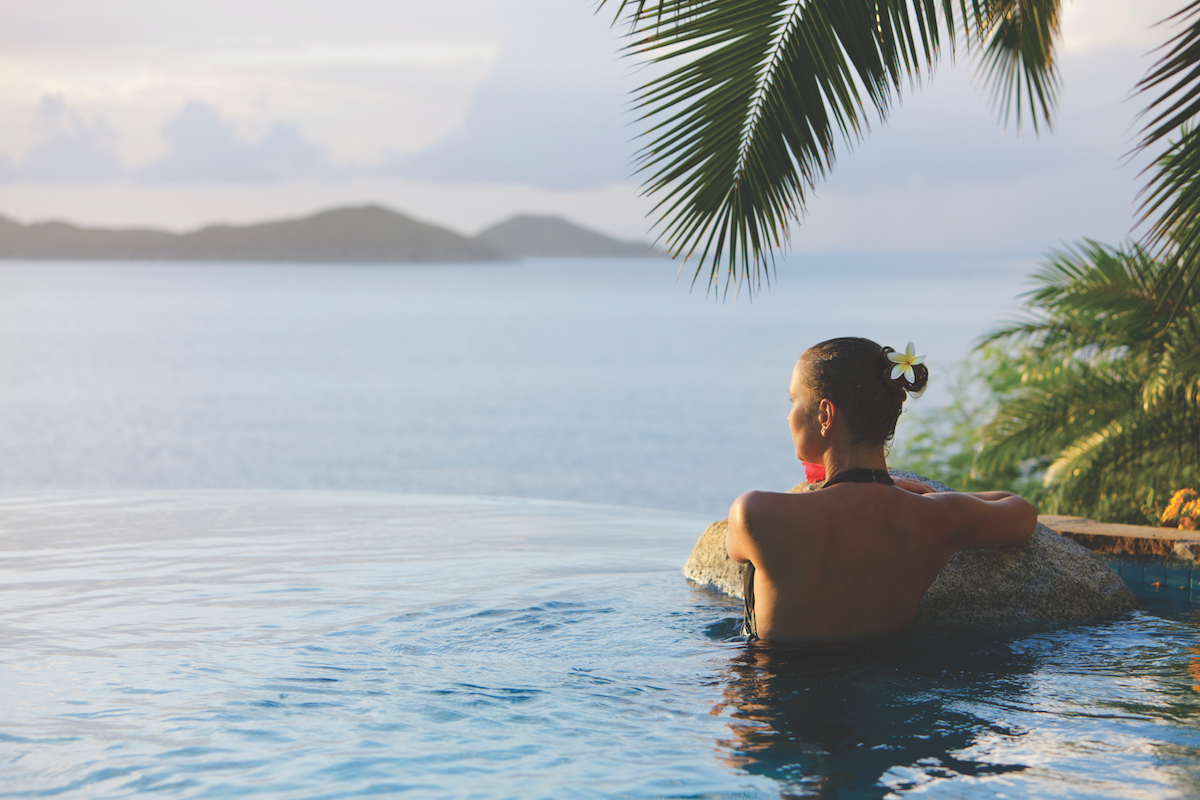 Travel company Vidados’ CEO Vanessa Lensson says she has “absolutely” noticed an increase in the popularity of wellbeing travel. “The zeitgeist towards a more active lifestyle at home is driving the demand for healthy holidays. Yoga and fitness holidays are some of the most popular and we’re seeing a huge demand for both short breaks and longer holidays around the world.”

These days it’s common to forgo a night out drinking at a pub for a visit to the gym, and likewise, that sentiment is being carried through to travel. “Why wouldn’t you swap an all-inclusive beach break for a fitness holiday to fit your lifestyle?” she says.

“An activity holiday helps you digitally detox. You immediately ‘switch off’ and switch into ‘holiday mode’ when you do something different on holiday, and you don’t even think about checking your work email or your phone while you’re engrossed in trying something new; it’s healthy not only for the body but for the mind,” says Vanessa, who founded Vidados after her own personal thrill in trying something new while on holiday, and wanting others to experience that too.

“For me, sitting on a beach just makes me fidgety, I’m always looking for the next thing. So any kind of activity, from yoga to kitesurfing, just kick-starts that relaxation and the switch-off from work that I need when I go on holiday. I come home relaxed and refreshed rather than tanned but still attached to my laptop!”

And some countries are utilising their lack of connectivity, such as Scotland’s tourism industry, which is marketing these destinations as tech-free getaways perfect for those in need of a digital detox. Meanwhile hotel chains and resorts are offering digital detoxes, too.

“Technology has brought us many great advances,” said Jeremy McCarthy, Group Director of Spa and Wellness at Mandarin Oriental, which has launched a Global Digital Detox Initiative. “But the expectations for instant communication and the increasing pace of change in the world can have a negative impact on our wellbeing.”

In Croatia, an increasingly popular holiday choice for the festival-inclined, the newly created Obonjan Island, offers the best of both worlds. In idyllic surrounds, the island provides a retreat that combines wellness — think yoga, meditation, healthy food and hot tubs — with the other things travellers hold dear, like a bar and live music, to ensure you still get the fun of a holiday, but with the feeling
of rejuvenation.

Speaking to The Guardian, Obonjan Co-Founder Dan Blackledge said: “It’s an evolution of the festival idea with all the things you love in one place in a beautiful natural setting. There’s an emphasis on wellbeing and ecology, and we want to encourage a real feeling of community — people can stay for as long as they like.”