Faster, longer, bigger, better and more luxe than ever, these seven planes are the ultimate in private aviation. 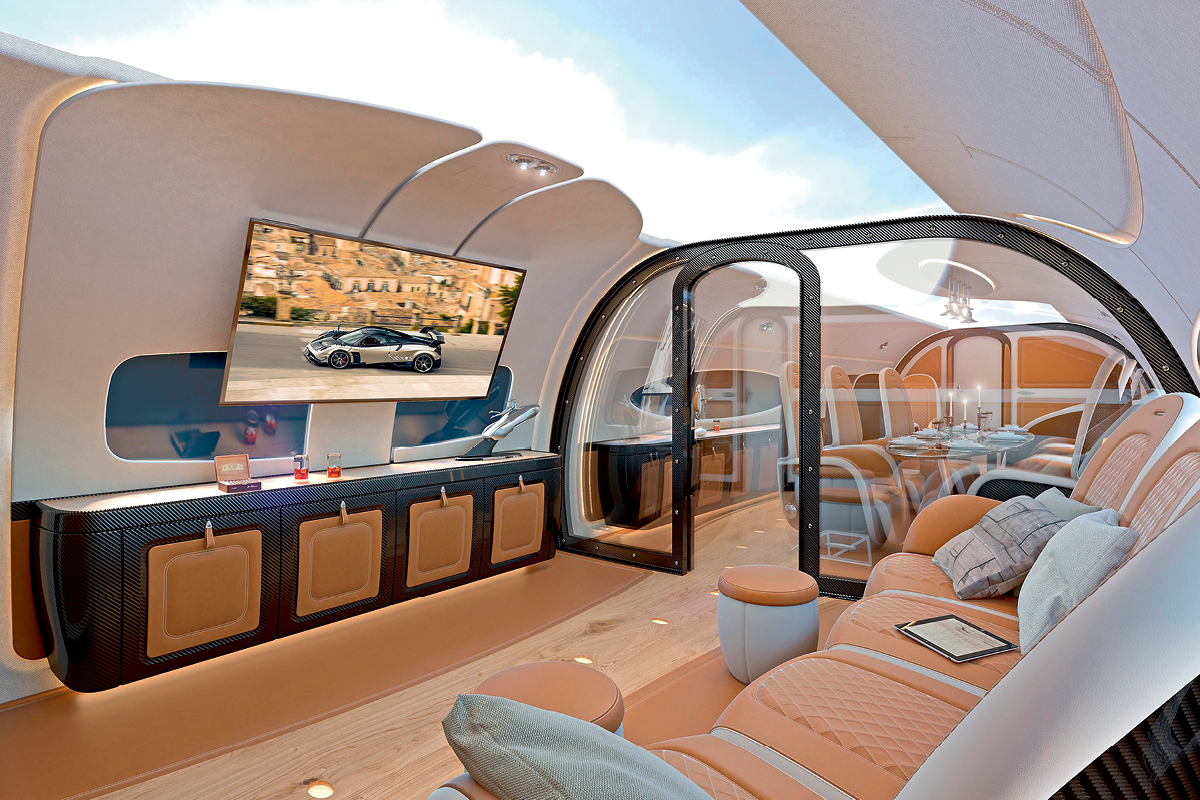 There’s no denying that flying commercial, even if it’s in business or first, can be a chore. From queues and delays to the ever-growing list of restrictions, it can be exhausting and exasperating at the best of times, but particularly when it’s for business. With 1.4 million business trips occurring every day in the US alone, and corporate travel accounting for A$1.7 trillion of global spending, it’s not all that surprising that private aviation is on the rise.

According to Knight Frank’s 2017 The Wealth Report, there’s been a discernible increase in private jet ownership over the past 10 years, with last year alone seeing a 3% increase in North America (with 13,775 private jets currently in operation) and a four per cent rise (1,229 private jets) in Asia–Pacific. This coincides with the fact that the mega-rich are getting richer. In the Jet Traveller Report 2018, Wealth-X estimates that the population of UHNWIs in the US rose 46 per cent between 2006–16, to reach 73,000 individuals with upwards of US$30 million net worth.

While jet ownership doesn’t come cheap (it costs between A$950,000 to A$5.4 million per year), for cash-rich, time-poor business travellers looking to skip airport queues, conduct meetings in the air, and fly at a moment’s notice, a private jet could be a worthwhile investment.

If you’re in a position to invest, here are the largest, fastest and most luxurious private planes on the market right now.

Airbus ACJ319neo Infinito
[/img]
A luxe collaboration between Airbus Corporate Jets and Italian supercar maker Automobili Pagani, this jet is the winged equivalent of a top-down convertible supercar. Marrying art and ultra-modern technology, the ACJ319neo Infinito’s leather, wood and carbon-fibre cabin includes a bedroom, bathroom, cinema, dining area and lounge. But its most extravagant feature is its innovative ‘sky ceiling’, which can bring a live view of the sky above the aircraft into the cabin, or display other images, while hurtling through the air at up to 0.82 the speed of sound.

Embraer Lineage 1000E
[/img]
To say this ultra-large luxury private jet is customisable would be a grand understatement. The team at Embraer Executive Jets offer thousands of combinations for the model’s 74 square metres of living space and five interior zones, allowing clients to create their personalised aerial home away from home. This includes a light and airy window-filled cabin with a 42-inch television, dining room and lounge, and a queen bedroom with en suite, complete with the industry’s largest shower with a breathtaking view.

Gulfstream G500
[/img]
Striking a perfect balance between speed, agility and comfort, the all-new Gulfstream G500 can travel up to 9,260 kilometres at 0.85 the speed of sound – easily making the trip non-stop from Hong Kong to New York. Designed with input from Gulfstream clients, the deluxe cabin features a sleek marble bathroom and custom seating, sleeping eight and accommodating 19 when configured in a high capacity layout.

Bombardier Global 7500
[/img]
A reflection of its extended length and longer endurance, the iconic Bombardier Global 7000 has been rebranded as the Global 7500 – becoming the world’s largest and longest private jet. Inside its 39-metre body are four spacious living areas that offer limitless possibilities for personalisation, including a fully equipped kitchen, bedroom, bathroom and entertainment lounge. While the first eight planes will make their debut in 2019, it’s no wonder there’s a waiting list until 2021.

Embraer Manhattan
[/img]
An ode to New York’s Art Deco era, the sophisticated Embraer Manhattan airship looks like something straight out of The Great Gatsby. A distinctive metallic mural of the Manhattan skyline greets guests at the entry while rich mahogany wood panels, and brass and gold finishings flow through the cabin. From the luxury lounge to the iconic Cloud Club bar and the Crystal Room dining area, this private vehicle provides a sky-high escape to 1920s decadence.

Dassault Aviation Falcon 6X
[/img]
The world’s first ultra-wide body business jet, the Dassault Aviation Falcon 6X, is the faster and more agile, spacious and stylish successor of the long-awaited 5X. With a light, contemporary cabin fit with 29 extra-large windows and a skylight, the new jet reaches speeds up to Mach 0.90 and travels more than 10,000 kilometres nonstop – connecting passengers between Los Angeles and Geneva, Beijing and San Francisco, or Moscow and Singapore in a single jaunt.

Pilatus PC-24
[/img]
The only luxury aircraft combining the versatility of a turboprop with the cabin size of a medium-light jet and the performance of a light plane, this Swiss masterpiece is in a league of its own. Capable of an off-road landing with outstanding short-field performance and a large cargo door, the Pilatus PC-24 will take you anywhere you need to go. Both luxury comfort and functionality are evident throughout its generous interior, which feels much like a penthouse in the sky.