We’ve found the world’s most fashionable, glamorous and high-priced smartwatches. 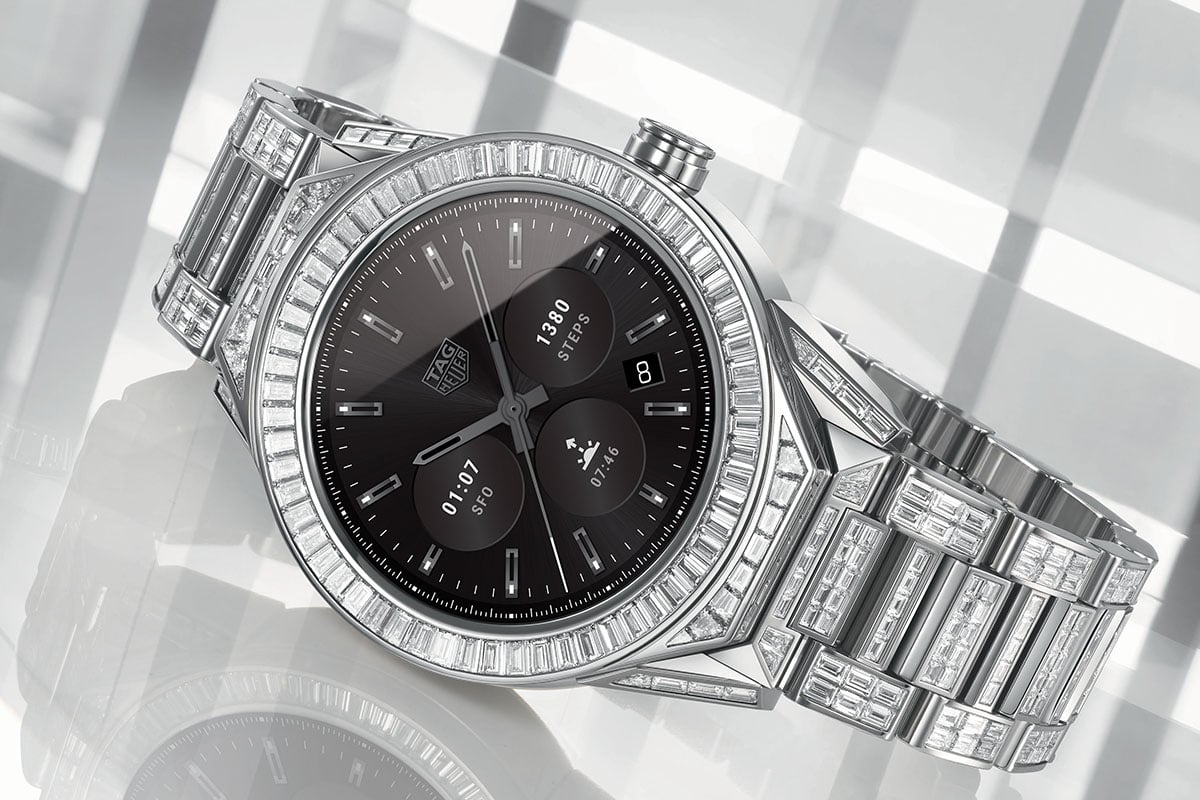 In recent years, watchmakers have increasingly moved towards Bluetooth-connected smartwatches, which replicate all the functionalities of a smartphone.

Though many models will only set you back a few hundred, some come in particularly opulent variants costing tens of thousands of dollars, if not more.

Here are a few of the most expensive models ever released.

The Exospace B55 Yachting represents Breitling’s first foray into connected watches. Like many of the watchmaker’s previous models, it’s aimed at those in the aviation and nautical fields. 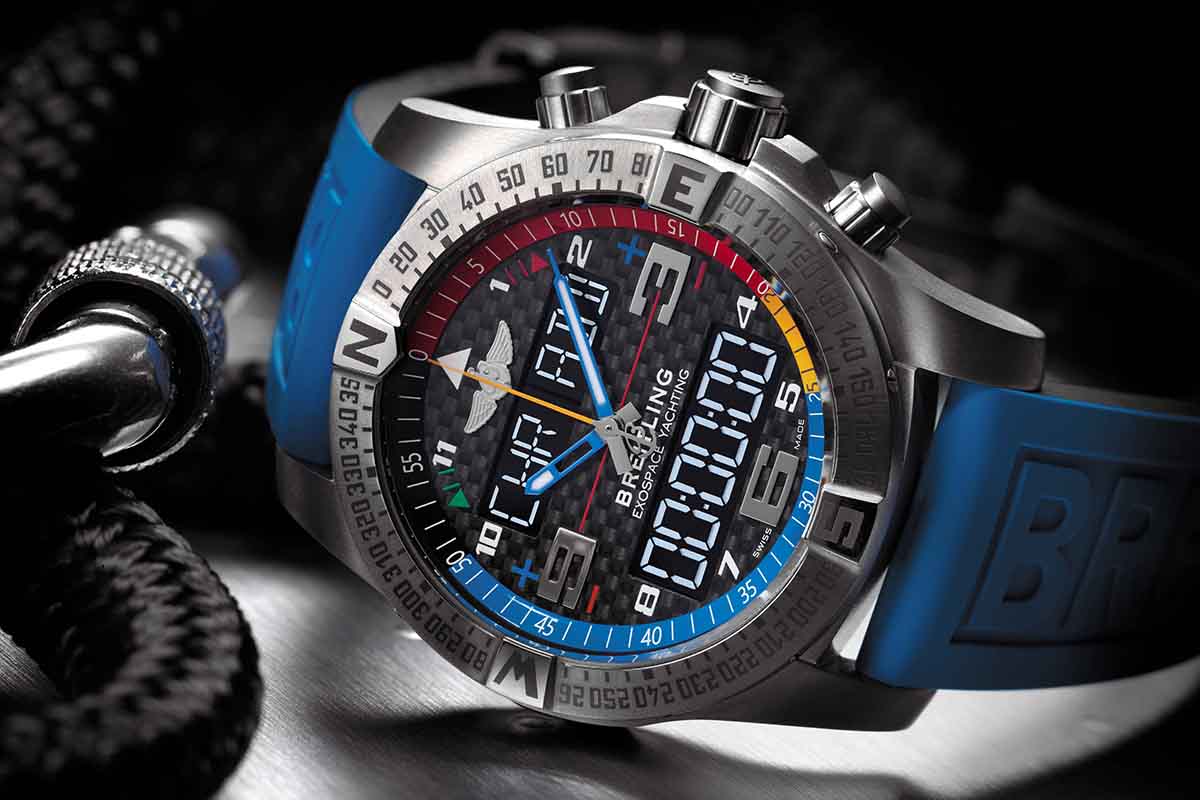 It’s the ultimate hybrid smartwatch for the rugged adventurer, thanks to its tachymeter and its chronograph for timing flights and regattas.

The Swiss-made chronograph is made of titanium with a three-piece link band, while the two LCD screens feature clearly legible, detailed information.

The product of a partnership between Samsung and luxury Swiss jeweller de Grisogono, this timepiece is an extravagant variant of Samsung’s own smartwatch. 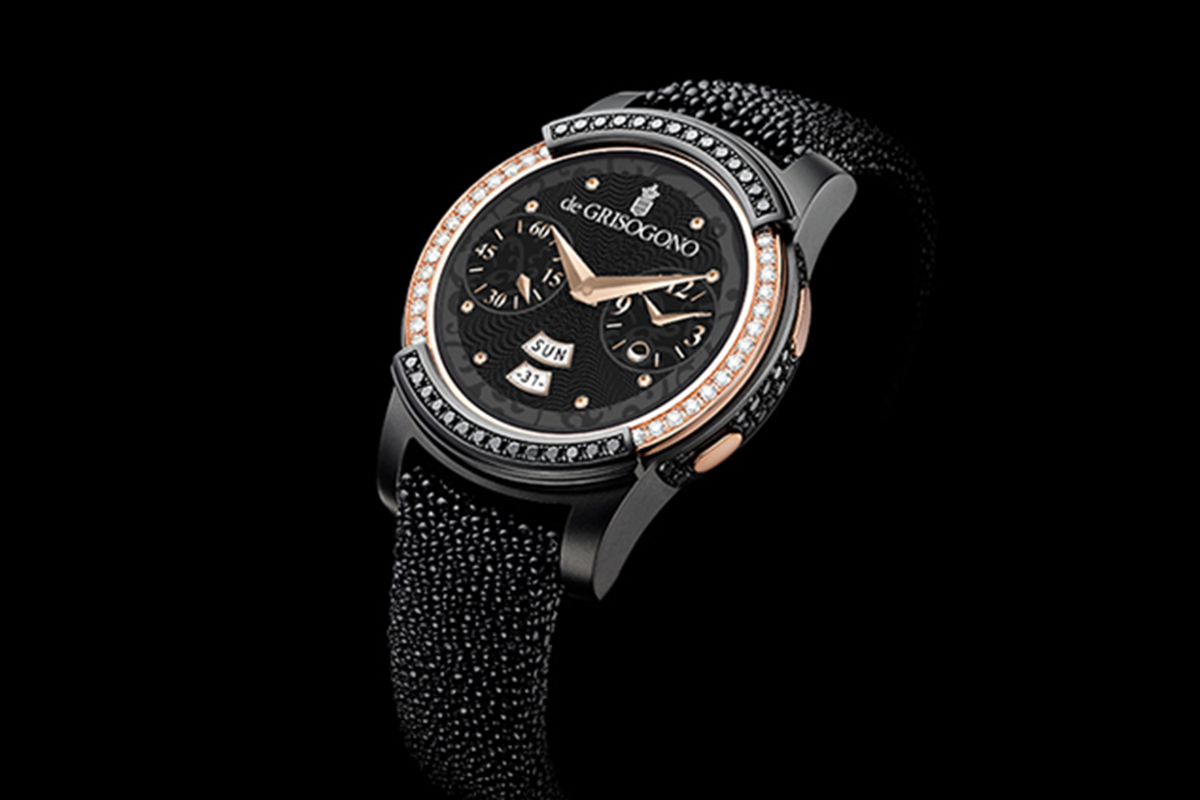 Housed in gold and studded with 127 black and white diamonds, de Grisogono’s Gear S2 exemplifies a discreet and sophisticated design.

Despite rumours of a successor in the form of a luxury Gear S3, expected to debut last year, no such smartwatch has been forthcoming.

While the original 2015 Apple Watch started at a reasonable US$349, the gold-plated Edition cost nearly 50 times that. Given the sleek design and 18-karat gold, that doesn’t come as much of a surprise. 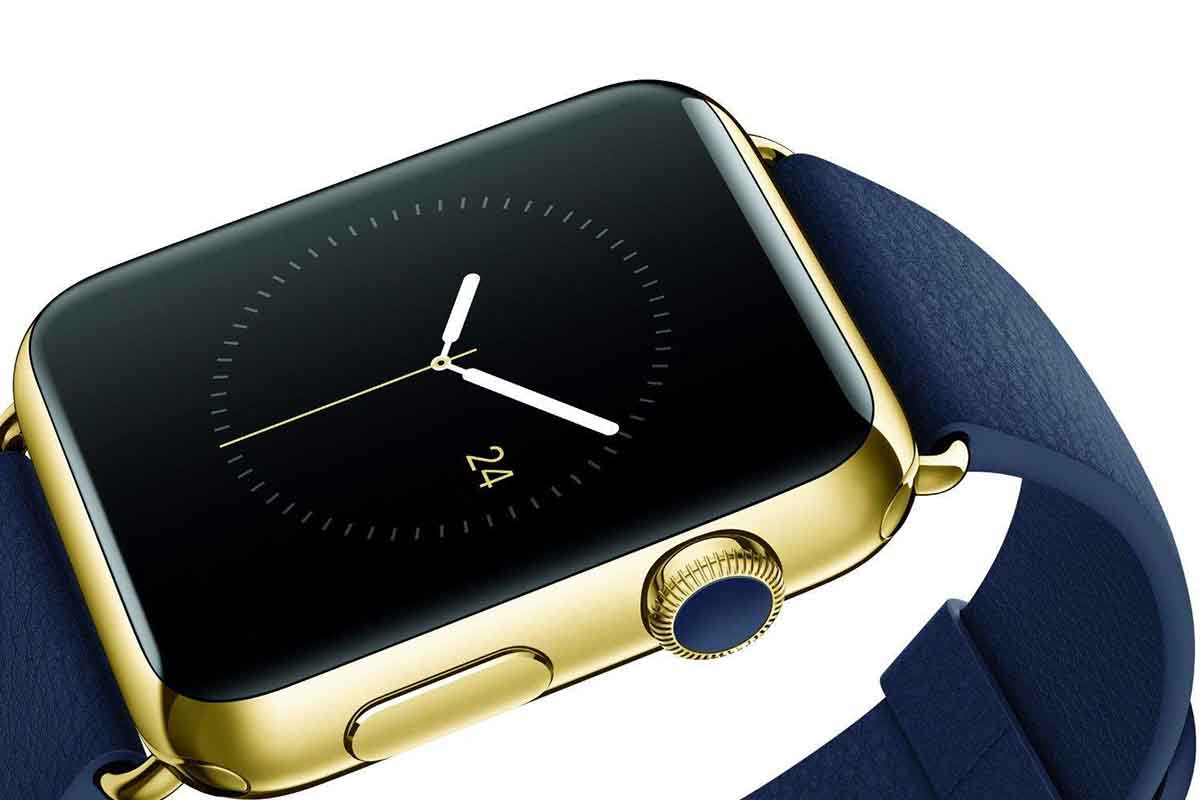 The gold version was unfortunately discontinued in 2016 and, even more unfortunately for those who shelled out, will stop receiving software updates later this year.

These days, Apple has re-entered the high-end smartwatch market in a collaboration with French high fashion designer Hermès. The range retails from US$1,199 to US$1,399.

On the face of it (pardon the pun), the Nico Gerard Sunrise Pinnacle doesn’t seem like a smartwatch – until you flip it over, revealing the Apple Watch on the other side. 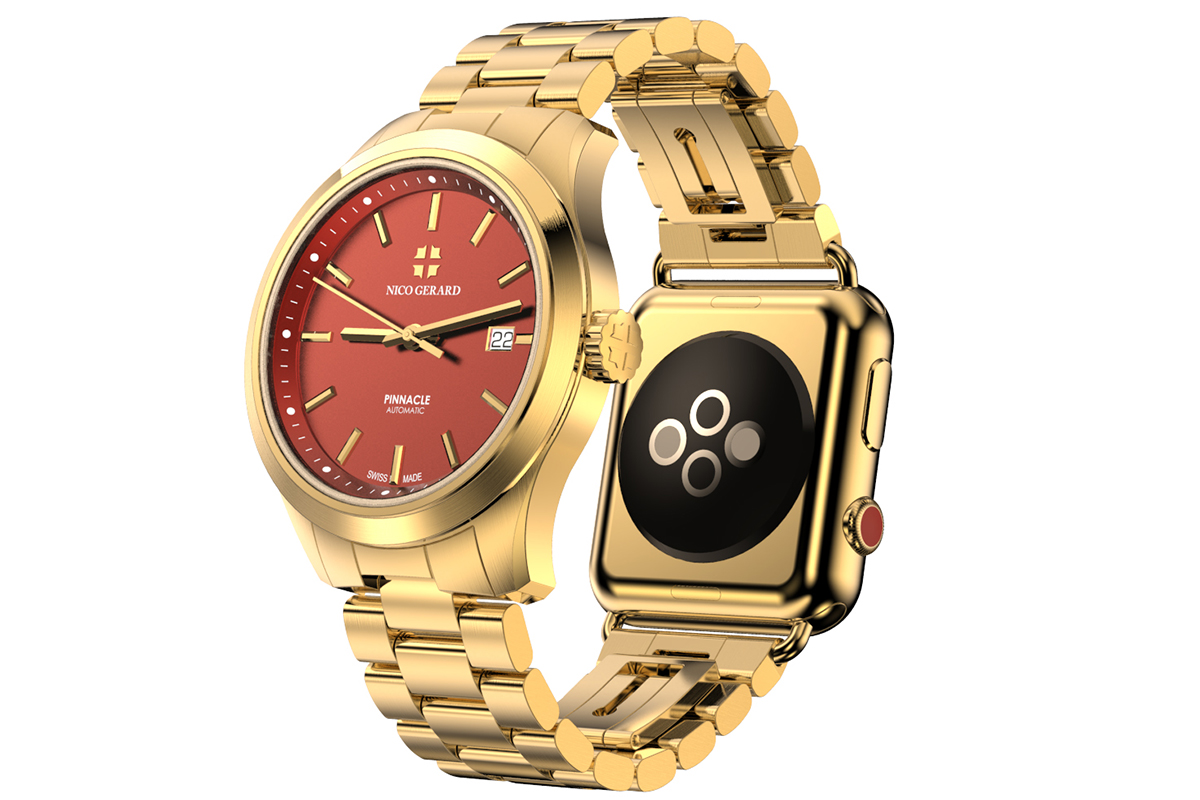 The two watch faces – the analogue side showcasing a red-and-gold, minimalist design – are embedded in an 18-karat gold three-piece link band, with 100-metre water resistance.

Though the limited 88-watch run is no longer for sale, Nico Gerard still offers a stainless-steel variant for US$9,300.

Brikk sells super-luxe, customised variants of Apple products; for example, you can get a 24-karat gold-coated iPhone, costing anywhere from US$49,995 to US$1.3 million. 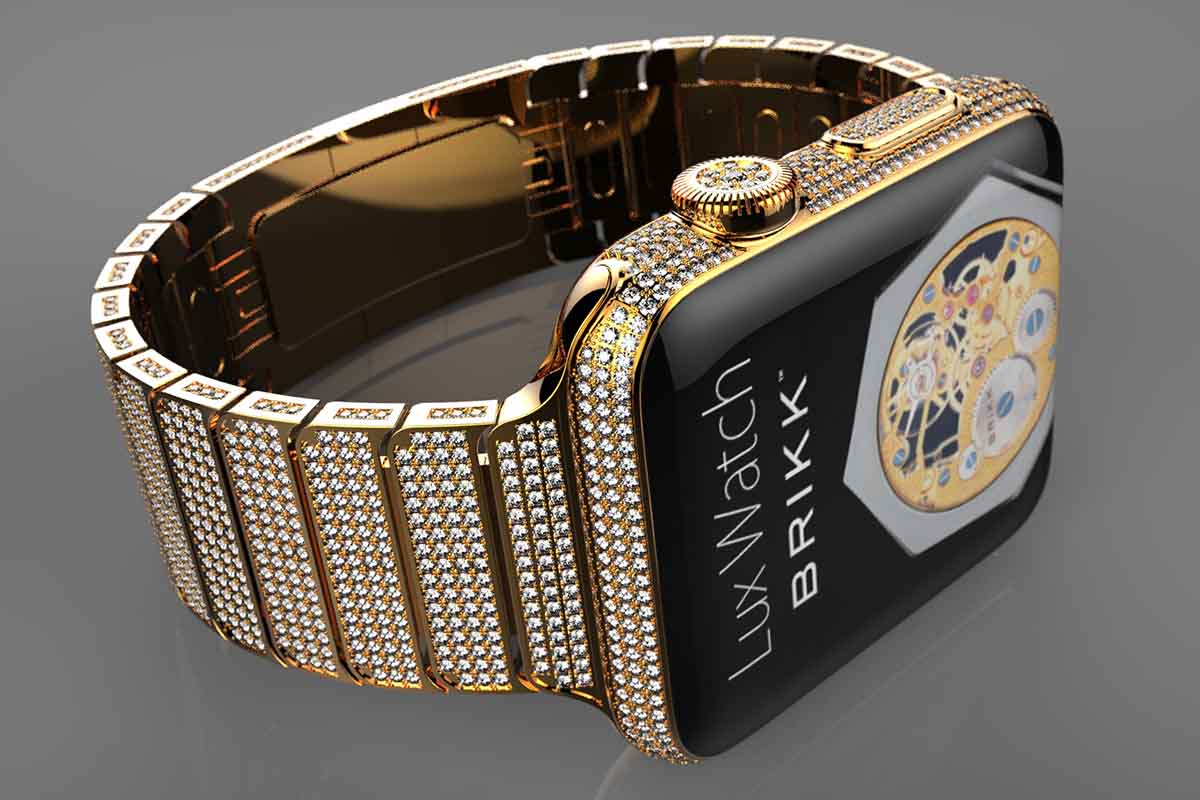 The Lux Watch Omni has all the bells and whistles of a 42mm Apple Watch, with diamonds set around the face, buttons and strap. It comes in 24-karat yellow or rose gold, or platinum.

If you find the price on this one a little too intimidating, you can always shave $5,000 off by getting the 38mm face instead.

Launched in January 2018, Tag Heuer’s latest addition to the smartwatch market constitutes the most expensive of its kind ever.

The Connected Modular 45 model features a 1.4-inch touch screen, 4GB of storage and an NFC chip.

But the impressive price tag of this model is largely due to the extravagant 18-karat white gold band, studded with nearly two dozen carats of baguette-cut diamonds.