The new collection draws on centuries of watchmaking tradition, while at the same time completely rewriting the rule book. 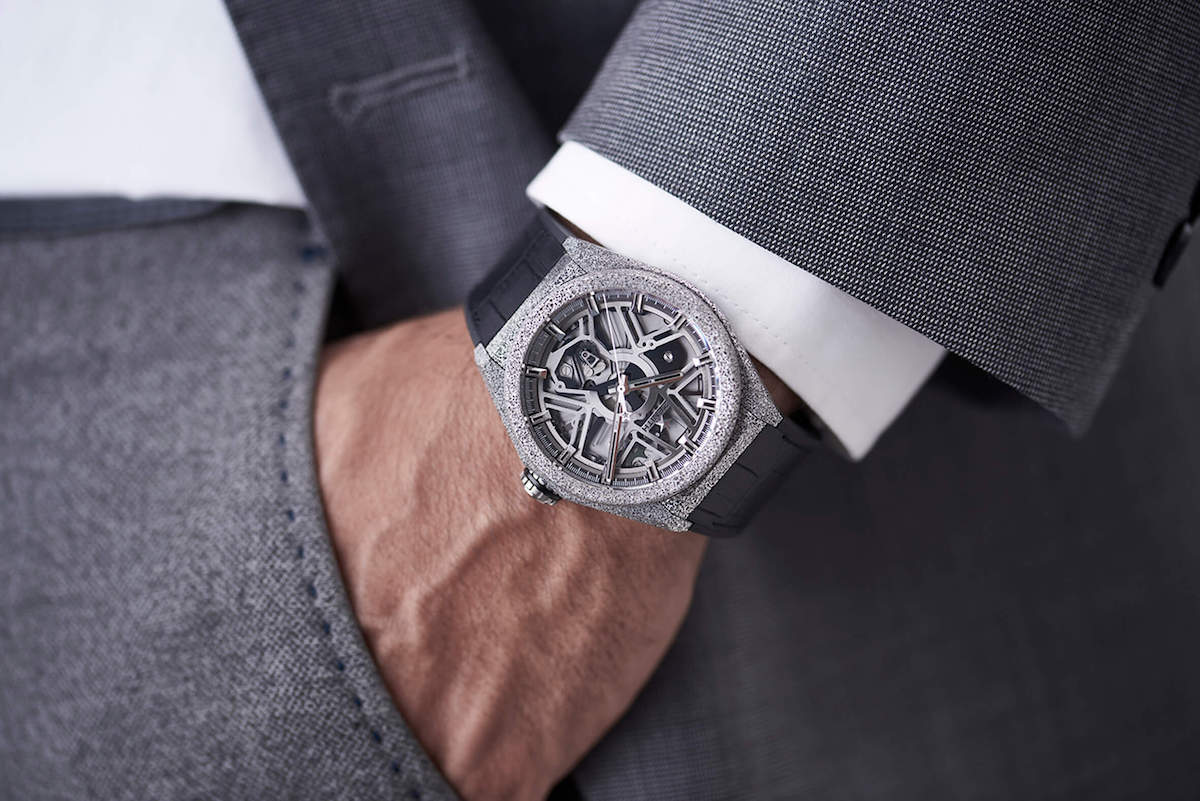 A moody bar in Surry Hills, Sydney is a long way from the small mountainous town in Switzerland where Zenith originated. It proved an ideal place for the launch of Zenith’s spectacular Defy collection however, transporting the lucky assembled few to the almost otherworldly heart of the luxury watch world.

Despite origins in the mid 19th century, the Swiss watchmaker remains something of a hidden gem. While its releases are inevitably lapped up by discerning horologists and seasoned collectors alike, it is ripe for discovery by a broader audience.

The centrepiece of this collection is the astonishing Defy Lab. Zenith isn’t exaggerating when it describes this watch as limited edition; there are currently only 10 pieces worldwide and they were all quickly snapped up. Production for more pieces is slated for late 2018.

“Zenith isn’t exaggerating when it describes this watch as limited edition; there are currently only 10 pieces worldwide.”

Anyone who joins the waiting list will no doubt find it worth the wait; the watch features a super-high-frequency oscillator that is accurate to an incredible 0.3 seconds a day. Truly elite craftsmanship and cutting-edge technology has gone into the watch and it makes for astonishing levels of performance.

Unusually, the Defy Lab has no balance pivots or a conventional spring meaning positional rate variation is all but eliminated, and it works with only 6 degrees of amplitude compared to around 300 in a more conventional piece.

While conventional wisdom has it that one can’t reinvent the wheel, Zenith has actually reinvented the sprung balance principle which dates back to January 1675. Christiaan Huygens was lauded when he presented the coupled balance and hairspring (sprung balance) to the French Royal Academy of Sciences back then and his invention has been at the beating heart of every mechanical watch since.

The Defy Lab is instead driven by a new oscillator made of monocrystalline silicon instead of the sprung balance. This silicon is finer than a human hair and means that a single element can take the place of the dozens of components that make up a standard regulating organ. A by-product of this breakthrough is that there is no internal friction and thus no need for the watch to be oiled.

The Zero G model is another eye-catching piece of the collection that offers brain-bending levels of technological achievement. Incredibly light to pick up and positively soft on the wrist, it is 71% smaller than its highly regarded predecessor. The engineering was inspired by the legendary accuracy and durability of marine chronometers.

The Zero G incorporates Gravity Control, a patented mechanism which provides a gyroscopic mount for the regulator, meaning that it remains horizontal in every positon. This in turn means the balance runs at an absolutely neutral rate, being free of the effects of gravity. If you’re looking for the right watch to wear on Richard Branson’s space joyrides, look no further.

If you’re looking for the right watch to wear on Richard Branson’s space joyrides, look no further.

Aesthetically, it is also remarkable with a complex yet uncluttered face and the almost dizzying effect of the visible oscillations.

Last, but not least, the Pilot makes for a handsome, agreeably old-fashioned addition to anyone’s wardrobe. Based on the Zenith watch that aviation pioneer Louis Blériot sported on his history-making flight across the English Channel in 1909, it features a classic bronze dial and oversized Arabic numerals for optimal readability.

There is something of the Art Deco style here, a nod to the movement that celebrated luxury and modernity. It is proof that even as Zenith moves into the future with its groundbreaking technology, it still retains a touch of timeless style.