A state of wealth: Monaco

It’s the lifestyle of a few that’s the envy of many. But what’s it really like to live in Monaco, and why does this Mediterranean city–state continue to attract so many of the world’s rich and famous? Back in 2014, the International School of Monaco celebrated its 20th anniversary. With a glittering black-tie affair, the community of this prestigious €25,000-a-year (A$40,000) private school gathered in the presence of HSH Prince Albert II of Monaco to celebrate the past and raise money for the future. Among the evening’s entertainment was an auction of lots donated by parents and other benefactors. Lot number one was a week aboard the 56-metre Perini Navi luxury sailing yacht Panthalassa, valued at €200,000 (A$310,000). It wasn’t your average school fundraiser.

In this tiny postage-stamp-sized principality that boasts the highest density of millionaires per head of population in the world, there’s no shortage of such ‘only in Monaco’ moments. As GlobalData’s WealthInsight reported earlier this year, 32.1% of the current population of nearly 39,000 are classified as millionaires. More than 60 years after Hollywood’s golden girl Grace Kelly married Prince Rainier III in 1956, Monaco’s aura of glamour hasn’t dimmed a bit, and the world’s rich and famous are still drawn to this compact stretch of Mediterranean coast, a mere 2.02 square kilometres in size. 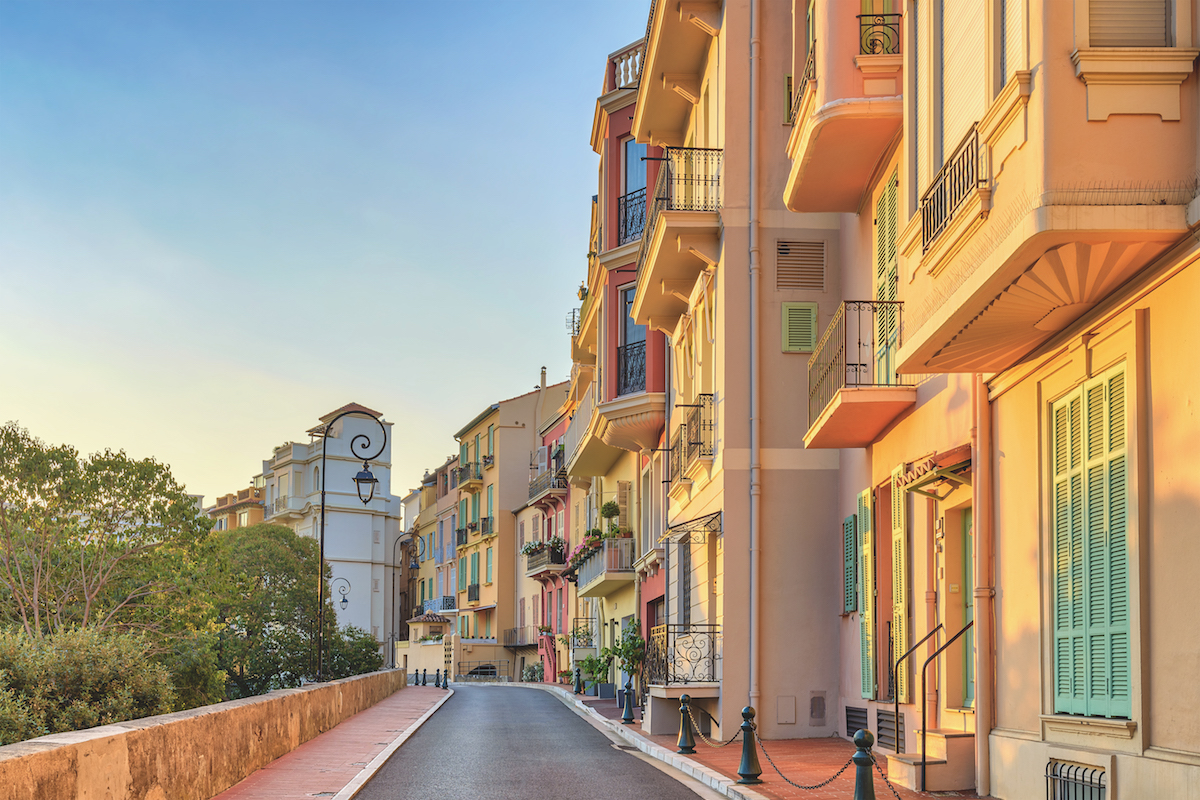 What does it take to call Monaco home? Investing in the most expensive residential real estate in the world, for one thing. In 2017, the average price per square metre for resale property was €41,355 (A$64,921) – a figure that Monaco’s newest district is set to eclipse when it’s completed in 2025. Christened L’Anse du Portier, this ambitious six-hectare land-extension project will add a much-needed injection of residential apartments (and a handful of exceptional standalone villas) to the market, at an anticipated cost of €100,000 (A$156,984) per square metre.

Despite such lofty prices, demand for property outstrips supply, especially when space is such a valuable commodity. High-rises dominate the skyline, none more recognisable than the 49-storey Tour Odéon. Its five-level penthouse is widely considered to be the most expensive apartment in the world. With a water slide that runs from an indoor dance floor directly into the outdoor infinity pool, it could be yours for a rumoured €300 million (A$470 million).

Why is Monaco so attractive for the world’s wealthy? Apart from the obvious fiscal advantages (there is no tax on income, wealth, land, housing and television), the answer is simple. As well as having one of the lowest crime rates in the world, Monaco has no debt. It’s a bubble of safety and security, with a busy social calendar of glitzy events such as the Monaco Grand Prix. To live in Monaco is to feel sheltered from the rest of the world when, in fact, you’re only a seven-minute helicopter ride from Nice Côte d’Azur International Airport.

It’s a bubble of safety and security, with a busy social calendar of glitzy events like the Grand Prix.

Reminders of wealth are everywhere you look, from fast cars and large yachts to five-star hotels and designer boutiques. Upscale eclipses casual at every level, but if you’re looking for the Monaco elite, you’re more likely to find them lounging by the lagoon at the Monte-Carlo Bay Hotel & Resort – entrance is €150 (A$235) a day in the height of summer – having a spa treatment at the Thermes Marins Monte-Carlo, and popping the cork on a €550 (A$860) bottle of Dom Pérignon at the A-list nightspot of choice, Jimmy’z Monte-Carlo. 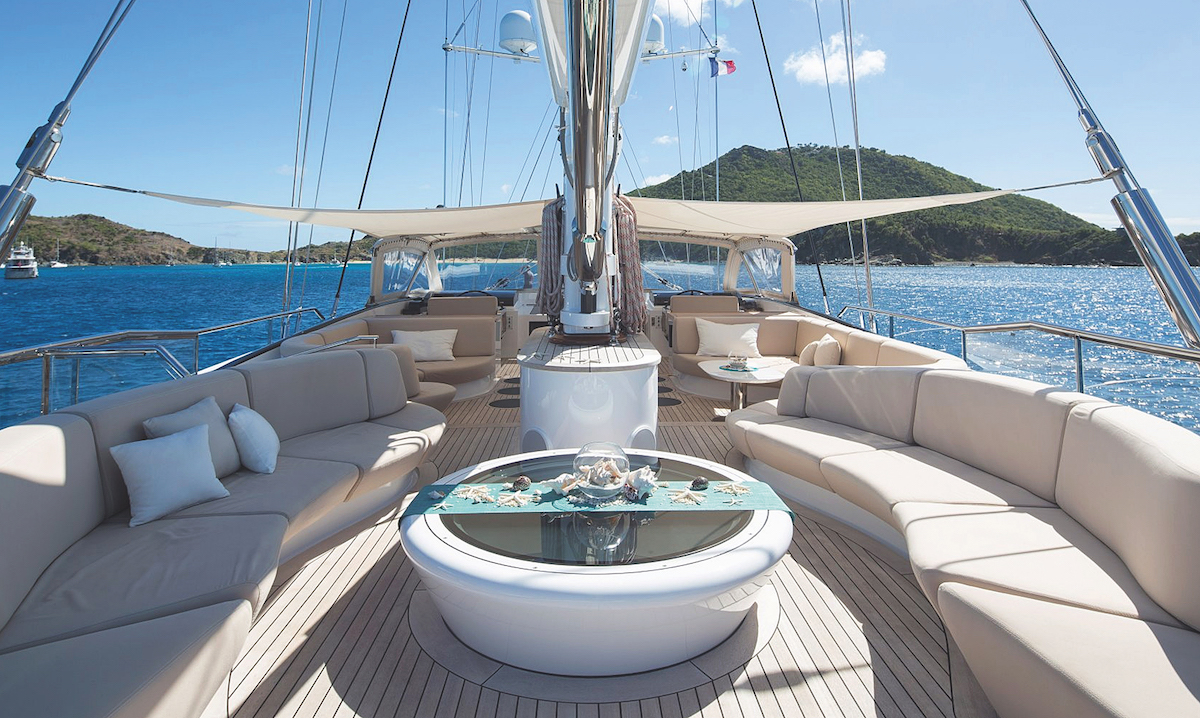 In summer, the whirring of helicopter blades fills the air as yet another private charter bound for Le Club 55 and Saint-Tropez’s other hedonistic beach clubs departs. For €5,600 (A$8,800), a top-of-the-range AW139 will fly a group of six down the coast in a mere 25 minutes – a breeze compared with sitting in traffic for two hours.

When such luxury becomes the norm, it must take something fairly special to impress. Perhaps the 350,000 bottles of wine housed in the cellars of the majestic Hôtel de Paris are up to the task. The most expensive bottle in the collection is a Cognac Roi de Rome 1811 Sazerac de Forge which, as the only known example available, is, literally, priceless. This is one of the principality’s most remarkable locations: inaugurated in 1874, the cellars hid 20,000 bottles during the Nazi occupation of World War II before Sir Winston Churchill reopened them in 1945.

Tourists flock to the Monte-Carlo Casino next door not only to try their hand at instant riches, but also to spot the luxury vehicles parked outside. “The car brands and models that are owned in Monaco are absolutely unique in the world,” says Matt Gasnier of bestsellingcarsblog.com. “Even in the Middle East, luxury brands do not hold this much market share.” In 2017, he says, the Porsche Macan was the second-highest-selling make after the Smart Fortwo (premium hatchbacks are popular given the parking issues here), and the Range Rover Sport and Bentley Continental GT/GTC also appear in the top 10. “The only market close to that order would be Hong Kong,” Matt adds. 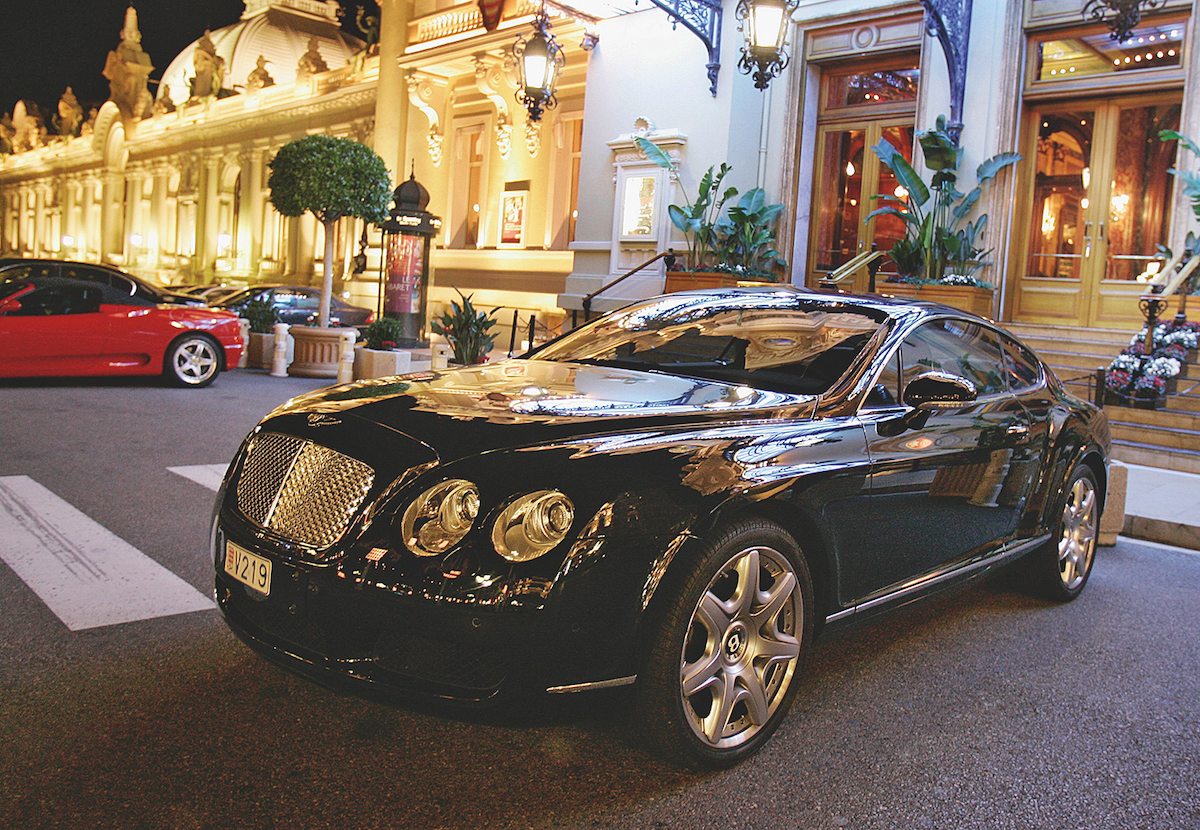 Yet the jewel of Monaco is its harbour, Port Hercules, and the gleaming superyachts berthed there. The compact nature of life in the principality means these emblems of the ultra-rich have become extensions of the family home. Crews are often on call around the clock for those impromptu occasions when the owner decides to invite friends onboard for lunch or to drop anchor in neighbouring Cap-d’Ail for an afternoon using the jetskis.

Alex Coles, charter broker at Bespoke Yacht Charter, estimates the annual costs of owning a yacht at roughly “10% of the yacht’s price tag” – an ongoing investment. It’s also not uncommon for yacht owners to charter a yacht different to their own. “Perhaps they want to charter in a destination like the Caribbean or Greece, so it makes no sense to reposition their yacht from Monaco,” he says. “Or maybe their requirements call for a greater capacity than their own yacht can accommodate, or perhaps they’re trialling a vessel they’re considering purchasing. Sometimes, people just charter for a change.”

It’s hardly surprising, then, that the most exclusive address in the principality is the Yacht Club de Monaco. Founded in 1953, the club features a maritime-inspired new clubhouse overlooking Port Hercules that was designed by Lord Norman Foster and inaugurated in 2014. Currently, membership stands at 2,000, and to become part of the inner circle, two current members must sponsor you. Twice a year, Prince Albert, the club’s president, reviews the applications. The waitlist can take years, and the price of membership a closely guarded secret.

It’s high-density living at its most luxurious, and the rich don’t look likely to turn their backs on Monaco anytime soon. Knight Frank’s “2017 Monaco Insight Report projects the population will grow to 16,100 millionaires and 1,450 ultra-high-net-worth individuals by 2026. Not bad for a country that’s smaller than New York’s Central Park.