From the mountains of Thailand to the valleys of China, we’ve rounded up Asia’s most notable luxury hotels and resorts scheduled to open this year. 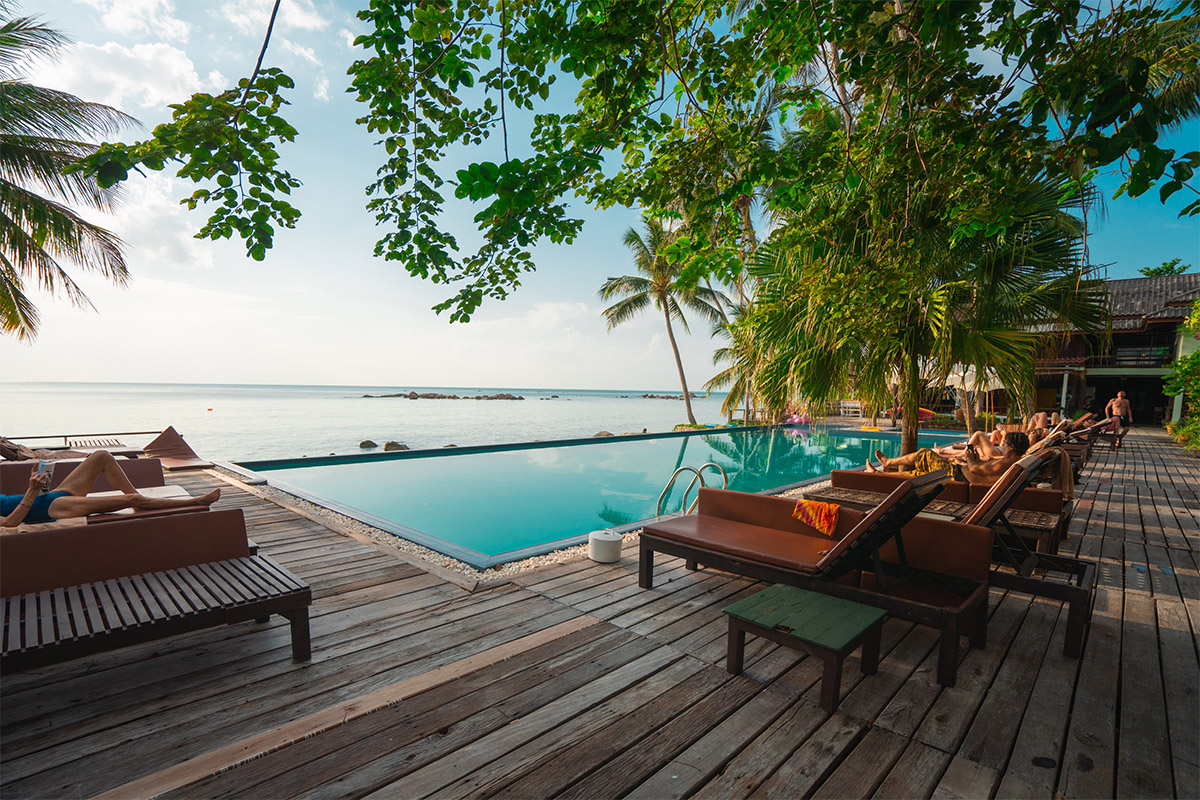 The Asian continent’s most anticipated hotels are expected to launch at the top of megacity skyscrapers, in some of the most remote mountain regions on Earth and in far-flung locales in between. The stunning locations are matched only by the utmost luxury of these properties from the world’s premier hotel groups. It’s time to pack those bags. 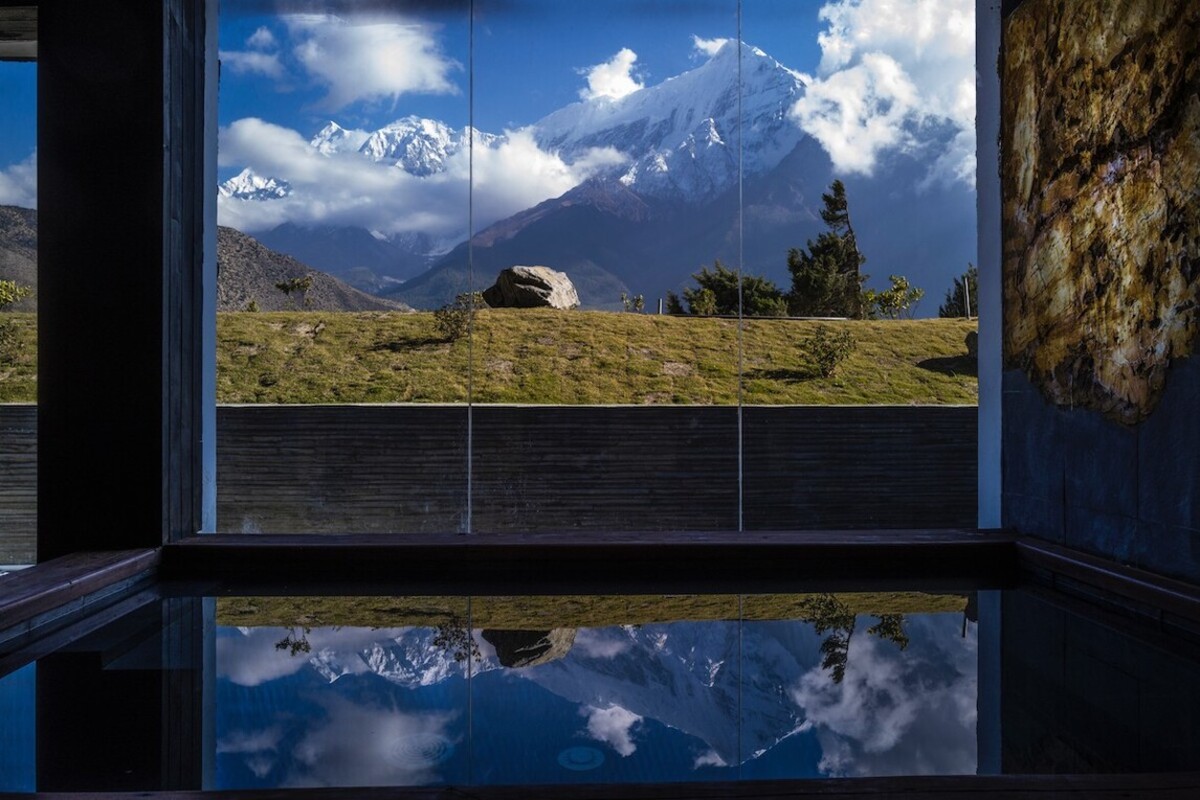 The Mustang region takes its name from a Tibetan word, mustang, meaning “plain of aspiration”. It’s a pristine, plateaued landscape in the heart of the Himalayas – the gateway to Tibet.

It’s an area known as the Forbidden Kingdom where the Shinta Mani Mustang – A Bensley Collection finds its home. Rich in Buddhist culture, dotted with cliffside monasteries and home to some of the highest snow-capped peaks on earth, the region was closed off to the world until the mid-1990s.

In late 2023, the all-inclusive, 29-suite luxury lodge, one of the first hotel properties in the region, will open its doors.

Embracing the dramatic surroundings and the local culture that has thrived for thousands of years, each hotel suite is designed in the open-plan style reminiscent of a traditional Tibetan home. Floor-to-ceiling windows invite the outdoors in, with majestic Mount Nilgiri looming in every view.

The foraged produce, the warm tones of the hotel interiors and the dedication to sustainability help create the ideal base camp for exploring Mustang’s wildly dramatic mountains and valleys. Be immersed in the otherworldly surroundings with guide-led, curated experiences including trekking, horseback riding, rock climbing, cycling, archery, hiking and more.

After exploring, retreat to the mountain-facing wellness center and be restored by the hot plunge pool, steam room, sauna and traditional herbal medicine treatments developed by a local 11th generation Tibetan Amchi doctor.

At your epic adventure’s end, an additional fee will arrange helicopter transport. 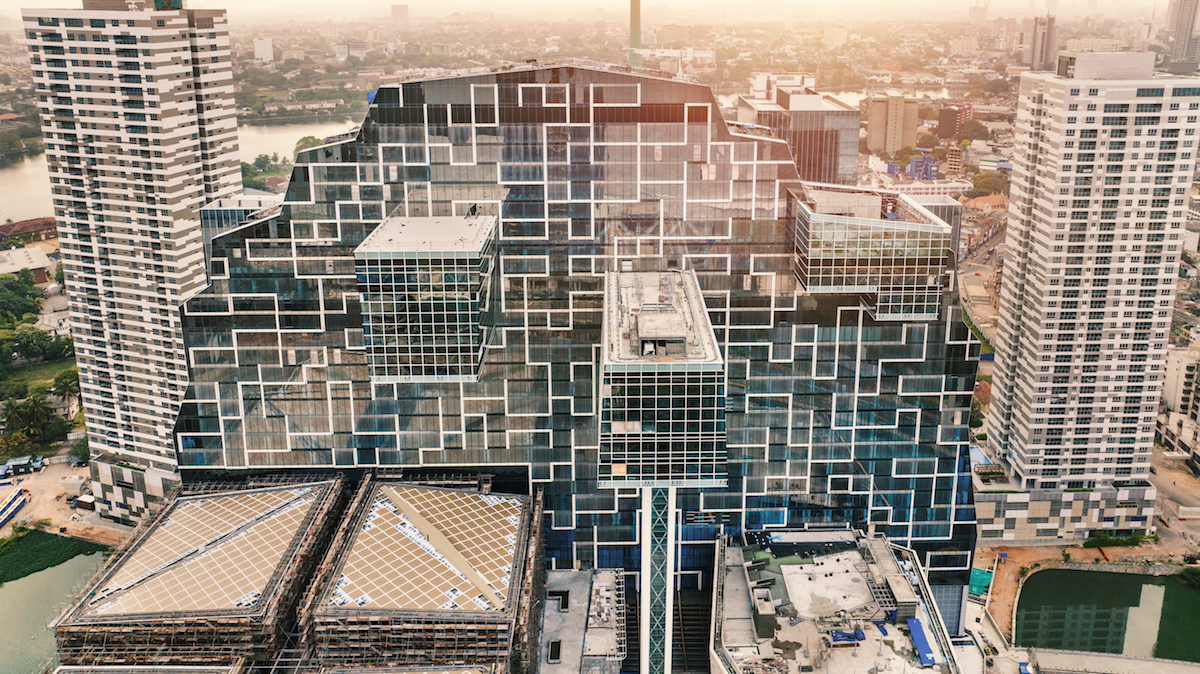 The striking facade of Cinnamon Life Integrated Resort is likely to be unlike anything you’ve seen before. Dreamed up by internationally renowned architect Cecil Balmond, the design takes inspiration from a myriad of influences – the energy of Nataraja the Cosmic Dancer, the moonstones of ancient Sri Lankan entryways and the mathematical prime number sequencing for life.

Rising from Colombo’s gleaming post-modern skyline, the building stands within the heart of the city, the pulsing energy of the Central Business District at its feet. Billed as an integrated lifestyle complex, the property encompasses two residential towers, a mall and an office tower.

Each room looks out over awe-inspiring views of the surrounding city and beyond – a taste of what to explore nearby if you can tear yourself away from the complex.

Stroll along the picturesque harbor and uniquely green Beira Lake canal. Take in the sights, scents and sounds of street markets packed with food stalls. Note the public artwork, made by the thriving local creative community, which tells of Colombo’s dynamic, multilayered history. At the city’s edge, be mesmerized by the brilliant blue of the Indian Ocean. Nestled into the mountains of northern Thailand, the laid-back city of Chiang Mai is one of the most visited spots in the country. Founded in 1296, the city was capital of the Lanna Kingdom until the mid-1500s. The region’s long history, hundreds of elaborate temples, green, terraced hills and traditional crafts have long called to adventurers from all corners of the globe.

The hotel’s 79 rooms and suites, some with private pools, are housed in two low-rise, riverside buildings that blend with the surroundings. The property also includes a swimming pool and deck, a fitness center and a multipurpose space combining a restaurant, café, contemporary Thai art space and bar.

Right across the river lies the temple-filled Old City, full of galleries, craft shops, cultural outposts and lush nature. During your stay, stop in for a drink at the property’s McGilvary Bar, where the décor and drinks alike celebrate the romance of Golden Age travel and the spirit of exploration. Ritz-Carlton adds to its ultra-luxury Reserve portfolio with its sixth property – and its first all-villa resort – in the historic Chinese valley of Jiuzhaigou. The rare properties are chosen for their geographic opulence or cultural connectivity, this being no exception.

Located on a nature reserve, the property was designed to resonate with the six senses and strike a delicate balance with elements of the natural world. The sounds of moving water are incorporated throughout for a feeling of freshness and energy.

The 87 luxury villas each have immaculate views of the outdoors – the Tibetan plateau that dominates the landscape, the snow-capped Minshan mountain range, deep woodlands and ancient Tibetan villages. The angled shape of the villas mimics the surrounding mountain peaks, reflecting their ruggedness.

Back at the Ritz, relish a dip in the heated indoor pool with its own panoramic mountain view, watch the local yaks roam from the terrace or contemplate a sky full of stars while you warm up next to a bonfire. 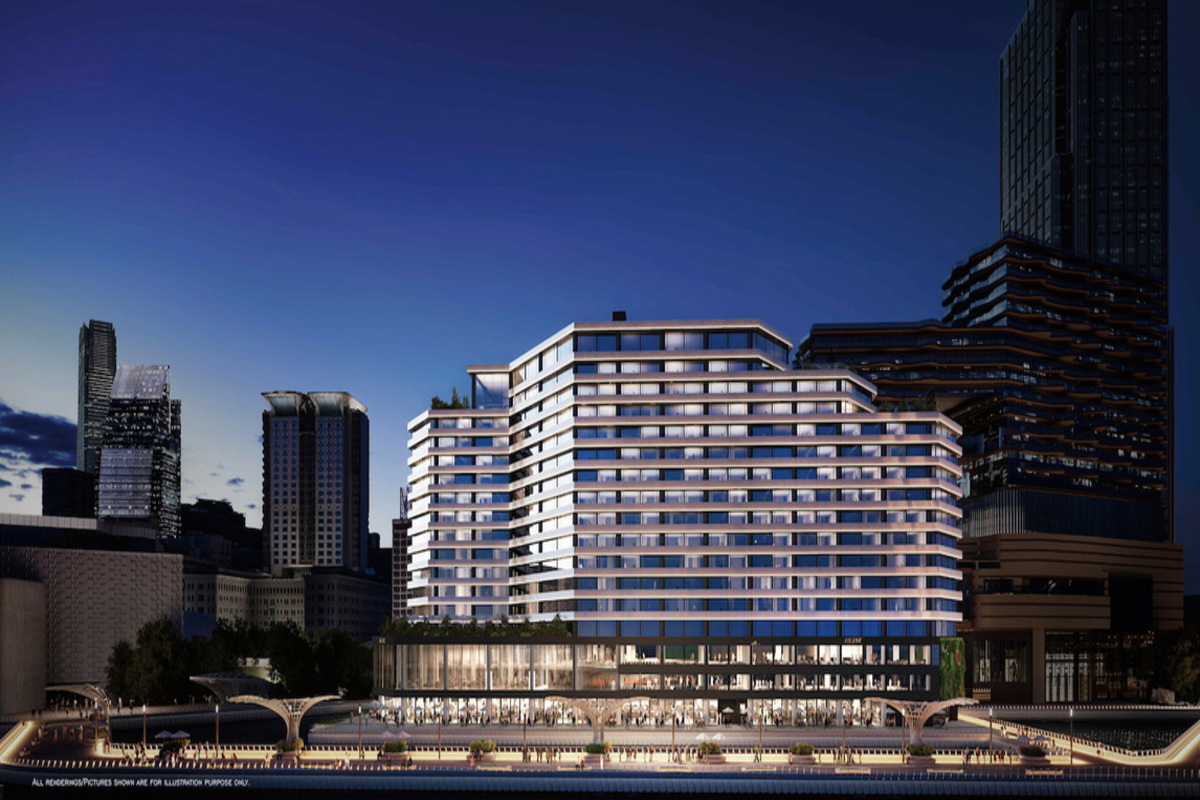 With a history that includes several years of ownership by different business groups, this iconic waterfront hotel is returning to its Regent roots in early 2023.

After closing for multiyear renovations in 2020, the Kowloon harborfront property will open, debuting an all-new aesthetic by Hong Kong-born visionary Chi Wing Lo. The 497 rooms, including 85 suites, were transformed with the mission of creating a personal haven of tranquility for each guest.

For a dreamy evening after business in the city, head to the infinity spa pools for the sensation that you’re floating on Victoria Harbor itself and watch the Hong Kong skyline sparkle in the nightly light show, A Symphony of Lights. Conrad’s latest addition to its Asia–Pacific portfolio will be located in the heart of Shenzhen’s new Qianhai central business and financial district. Created by international firm Yabu Pushelberg, the property’s bold design is based on the theme “A Story of a Dreamer”.

The 300 rooms and suites – each boasting floor-to-ceiling windows with garden, city or bay views – offer a luxurious respite from the thrum of the surrounding city. When it opens its doors in the first half of this year, the hotel will feature restaurants serving up international as well as local fare, more than 2,200 square meters of meeting space and an expansive grand ballroom. Perched above the lantern-lit alleys and neon streets so entrenched in our visions of the Japanese capital, the new Bulgari Hotel Tokyo will occupy the top seven floors – 39 through 45 – of a new ultra-skyscraper.

The property will open in 2023, just across from centralized Tokyo Station and within close walking distance of the Imperial Palace grounds, the sleek avenues of Ginza and historic Nihombashi, a business and shopping district with roots in the Edo era.

The hotel will offer 98 rooms, a ballroom and large outdoor space, a 1,500-square meter spa and more, including the brand’s iconic features such as The Bulgari Bar, Il Ristorante and the fireplace Lounge – all with access to an outdoor terrace.

Known for exacting detail, Bulgari assures the interiors of its hotels are strongly rooted in tradition and a sense of place. It embraces contemporary design principles and sophisticated style, creating a haven of luxury and calm at the center of one of the most intense cities in the world. At the gateway to the Island of the Gods, the 50-villa boutique resort Kimpton Naranta Bali offers pristine nature, sun-drenched beaches and what they call barefoot luxury to guests in late 2023.

Indonesia’s first Kimpton property blends the unspoiled beauty of a tropical wonderland with contemporary amenities that cater to guests’ every wish.

The grounds’ walking trails wind among the spectacular hills to various lookout points. Grab a loaner bike and take off exploring the island. Discover the local art dotting the property as you meander. And just next door, the award-winning Bali National Golf Club.

If each secluded villa’s soaking tub, indoor/outdoor rain showers and private saltwater plunge pool aren’t enough to bring you to peak relaxation, head to the spa for a therapeutic treatment. Work with the resort’s resident guru, on hand to guide guests through Balinese rituals to bliss.

Jacqueline is a Tokyo-based writer and editor covering beauty, lifestyle, travel and more. She writes lists, studies languages and plans trips whenever she can.