With a new cable car opening last winter, it’s now possible to ski all of the Arlberg’s five major resorts on one lift ticket. 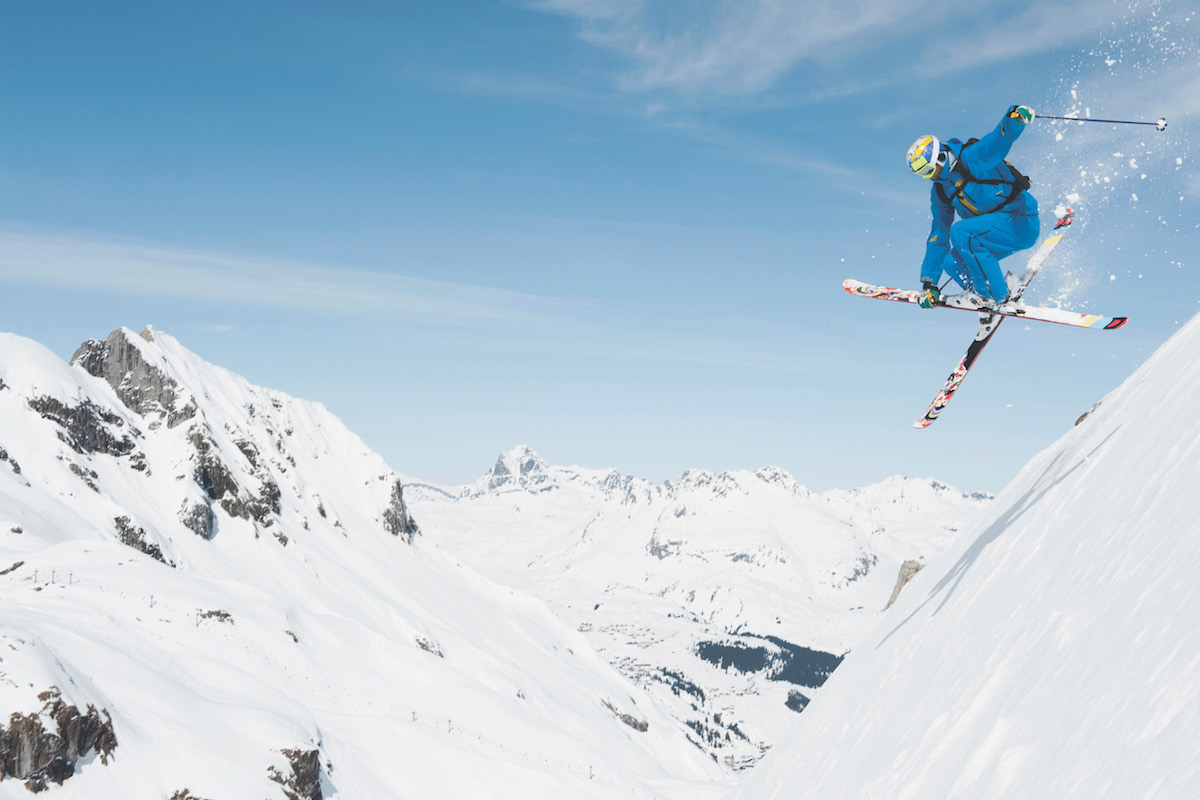 On paper, it sounds ambitious: skiing five Arlberg resorts in five days without ever setting foot inside a motor vehicle. But with the opening of the Flexenbahn cable car last winter, the Vorarlberg province resorts of Lech and Zürs linked with the Tyrolean St Anton, St Christoph and Stuben for the first time.

A whopping 305 kilometres of groomed slopes, plus a further 200 kilometres of backcountry skiing, became accessible under the one lift ticket, making the Arlberg Austria’s largest interconnected skiing area and one of the five largest ski resorts in the world. 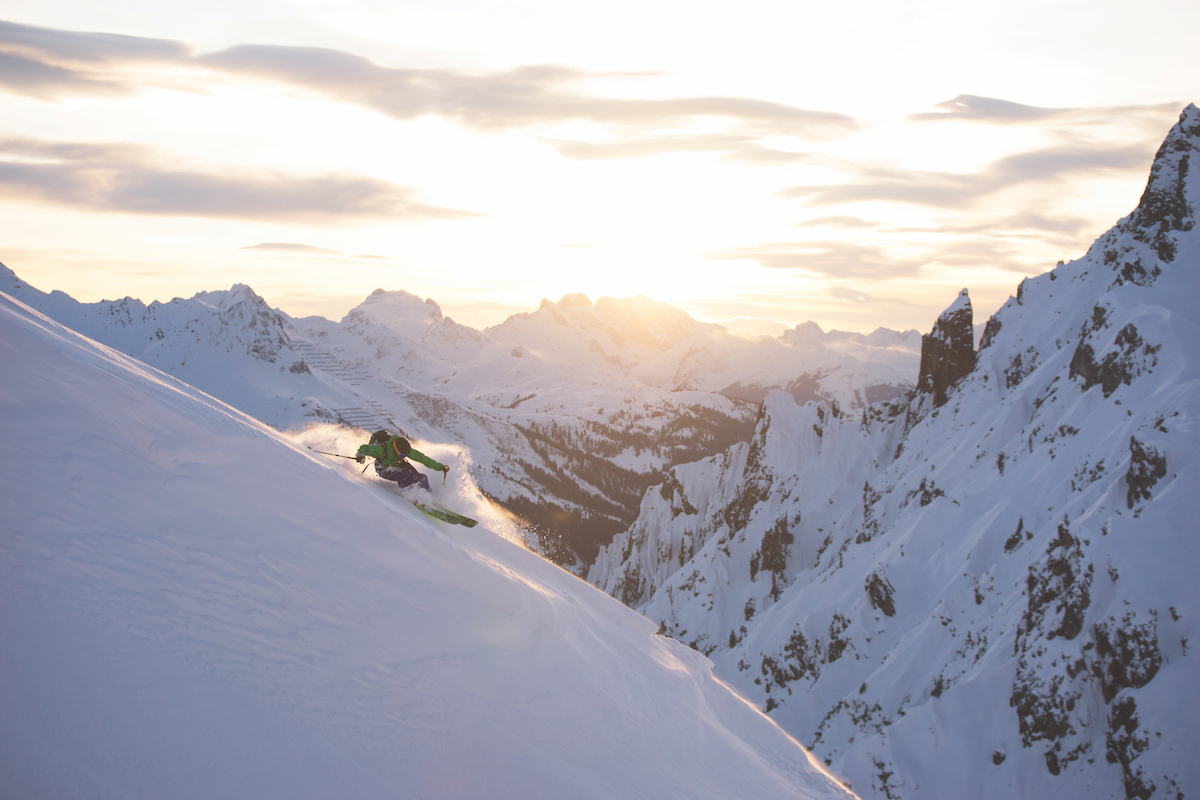 The five resorts are only a few kilometres apart, yet offer very different skiing experiences. Lech is the glitziest, attracting European aristocracy and fur-lined glitterati who revel in the anonymity the picture-perfect town promises. Our base for the first three nights is Lech’s Kristiania hotel, a cosy lodge with 29 rooms and suites and a prowess for providing tailor-made experiences.

When it comes time to skiing, we spend our first morning tackling the slopes tumbling down from the Kriegerhorn and Mohnenfluh peaks above Lech. Then, after lunch, our daring guide, Markus, leads us to a remote valley to the rear of Warth, a quiet resort with a reputation for cheaper lodgings and the highest snowfalls in the Alps.

The powder here can be so deep – average winter snowfalls total 10 metres, against a still-impressive 8.6 metres in Lech and Zürs – and
the crowds so scant that there are many who are reluctant to ski anywhere else, and are affectionately dubbed Warth-hogs.

By late afternoon on our second day, I’m trying to think whether I’ve ever enjoyed a better day’s skiing. It began with a gondola ride to the 2,360-metre summit of Rüfikopf, the starting point for the White Ring – a stunningly beautiful, 22-kilometre circuit combining groomed slopes and breathtaking views around the resorts of Lech and Zürs. 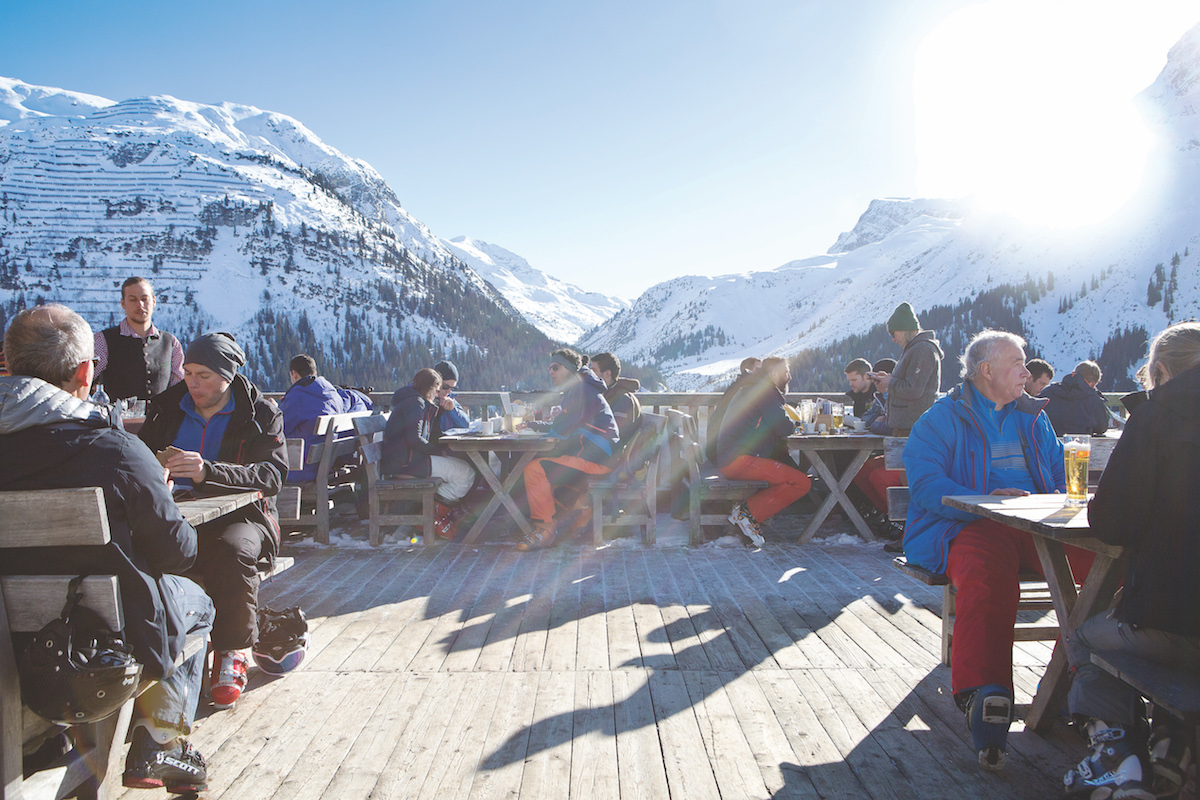 The Ring sweeps down 5,439 vertical metres and climbs seven lifts in one of the most visually spectacular alpine settings in Europe, and the record for completing the route is a mind-blowingly fast 44 minutes – by an Olympic downhill skiing champion, no less.

None of our six-strong group, however, are in that class, so we stop often to admire the alpine scenery, and linger over a lazy lunch at the chef’s hatted Balmalp mountain hut. We also add a side-trip around Hasenfluh peak so we can speed down the magnificent Zürser Tali run – possibly my favourite in the Arlberg – and when we eventually complete the loop outside Lech’s Schlegelkopf station, it’s after 3pm. The day is almost over.

From Lech, we move on to St Anton, riding a combination of gondolas and chairlifts while a storm that has moved in overnight rages all around. More than anywhere else around here, St Anton is known for its extreme terrain, particularly off the back of Valluga peak. Its après-ski is also world renowned. Come here any day between 3pm and 8pm and you’ll find bars packed with juiced-up skiers dancing on tables to German oompah music.

Hannes Schneider was born in Stuben and is considered the father of modern skiing. He developed the Arlberg technique of teaching that moves skiers from the snowplough to the parallel turn.

The Arlberg has a reputation for getting Europe’s heaviest powder dumps, and our guide here, Maris, has that half-crazed look that powder hounds possess when they’ve been unable to feed their addiction. With a metre of snow falling in a 24-hour period, Maris takes us to the ski shop to swap our carvers for powder skis, then hands us backpacks containing avalanche beacons that beep and flash when activated.

The region is credited with inventing parallel skiing but, on this day, I invent a style that’s all my own. My avalanche beacon would have been more useful had it been attached to my skis instead of strapped to my back, since time after time, my skis and poles spray off in different directions whenever I hit a snag.

Maris suggests I return to the ski rental store to have my bindings tightened, and it makes all the difference. From floundering like an ungainly duckling, I begin to glide across the snow like a swan, assuming swans do that sort of thing. And although I still lose a few feathers along the way, I manage to stay upright and attached to my skies for the remainder of the day.

Wind gusts of 100 kilometres per hour restrict our skiing to the lower slopes of St Anton on our fourth morning before a lunch booking in St Christoph casts us firmly into the maelstrom. At an altitude of 1,800 metres, St Christoph is higher than any other village in the region, having first been settled by monks in the late fourteenth century. 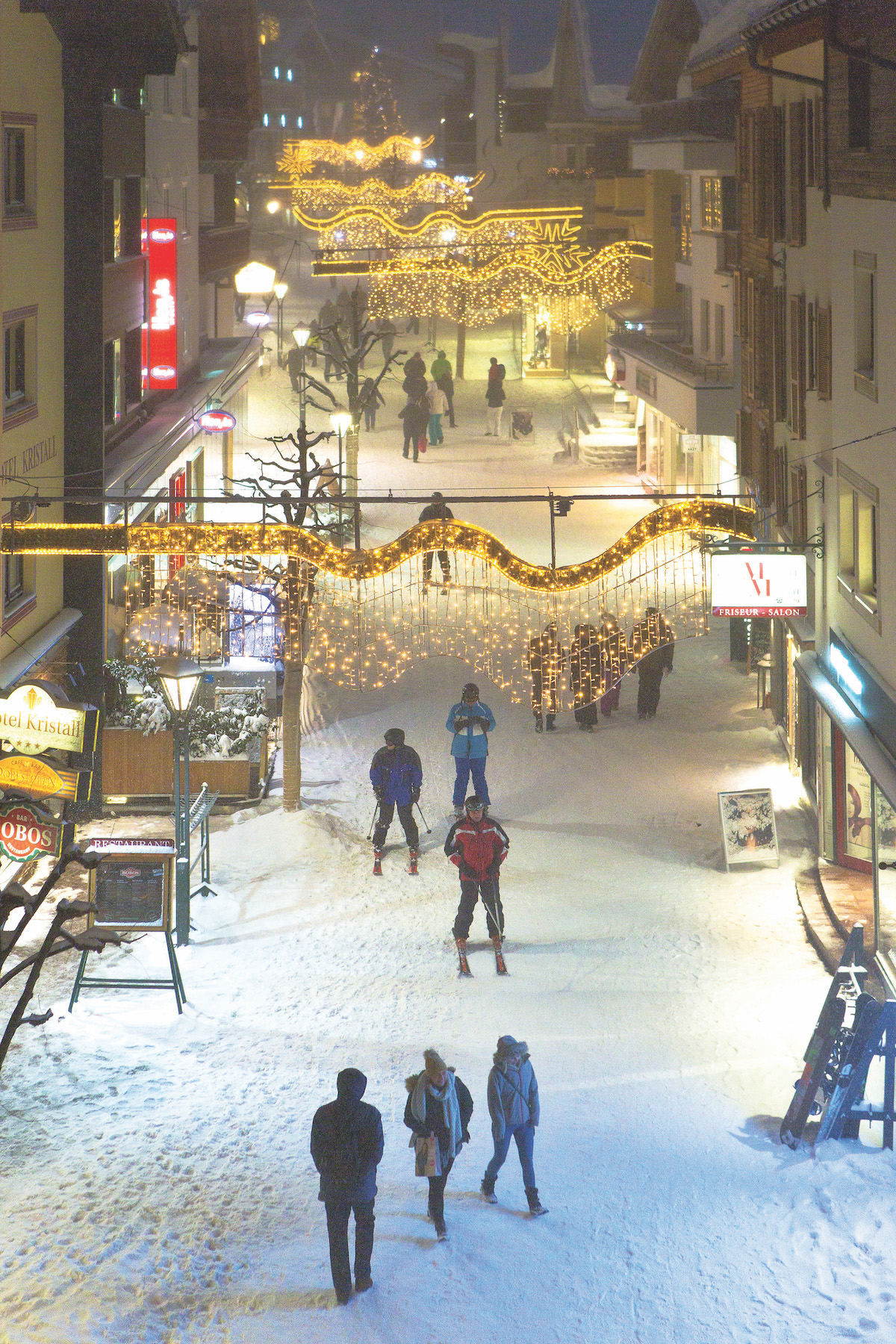 Getting there is tricky, with blizzard conditions making seeing anything more than six inches in front of our faces impossible. It’s a complete white-out, and I’m sure Maris must be navigating by GPS.

Austrian royalty is known to frequent St Christoph, and rock stars like Jon Bon Jovi have stayed at its arlberg1800 RESORT. Where St Anton is arguably a drinking town with a skiing problem, St Christoph is the pinnacle of genteel refinement, with just 700 guest beds.

Skiers come here for its ski-in, ski-out facilities and for the chance to dine at the Hospiz Alm – home to the world’s most bounteous collection of large-format bottles of Bordeaux reds. For us, however, it’s pointless trying to ski here, which even crazy Maris agrees with. So he chaperones us back to the wind-protected lower slopes of St Anton, where we stay at the Hotel Schwarzer Adler, a sixteenth-century inn on the busy pedestrian thoroughfare of Dorfstrasse.

The storm eases ahead of our last day, when we were meant to ski the powdered slopes around Stuben. We’re told, however, that returning back to St Anton that evening might be problematic because of how much snow has fallen. 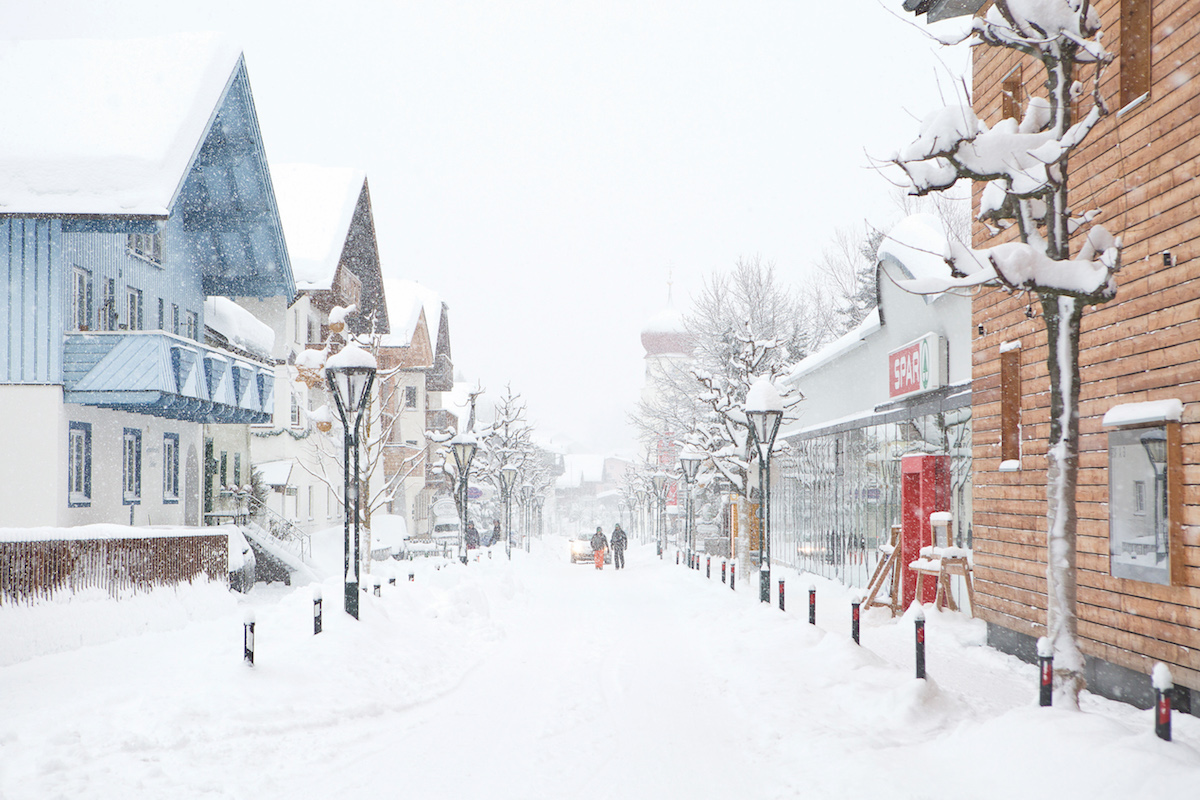 It’s therefore decided to remain in St Anton for the day, ruining our chances of skiing all five resorts. But with Warth added to our itinerary a few days earlier, equilibrium is restored, and four out of five ain’t bad.

The writer travelled courtesy of the Austrian National Tourist Office.

Travel writer Mark Daffey learned to ski on the slopes of Iran, Lebanon, Morocco, Scotland, South Korea, and Dubai, where he lived for four years.