Be a guest of history at Berlin’s Hotel Adlon Kempinski

At Berlin's Hotel Adlon Kempinski, history is right outside your window... 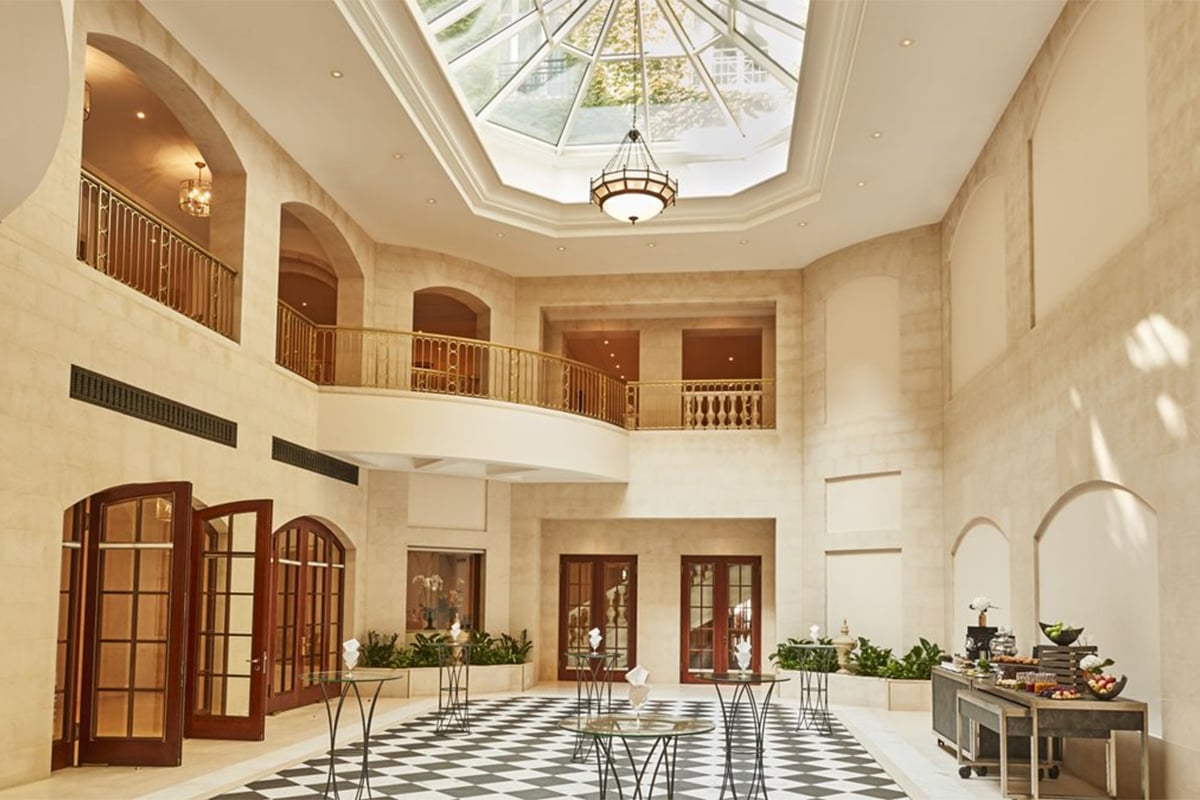 There’s a very definite feeling of “having arrived” that accompanies a visit to Berlin’s Hotel Adlon Kempinski. You’re not simply grabbing the key and dropping off your luggage, no … framed by international embassies and the majestic Unter den Linden, you’ve turned up on history’s front porch.

But don’t take my word for it. The late Queen Elizabeth II made the hotel her accommodation of choice whenever she was in town.

On the subject of royalty, it’s a matter you can feel free to take up with the late Kaiser Wilhelm II, whose enthusiastic support helped bring about the first incarnation of the Adlon in 1907. Once the hotel was built, the German emperor’s private carriageway through the neighbouring Brandenburger Tor no doubt conveyed a similar feeling of stately arrival. 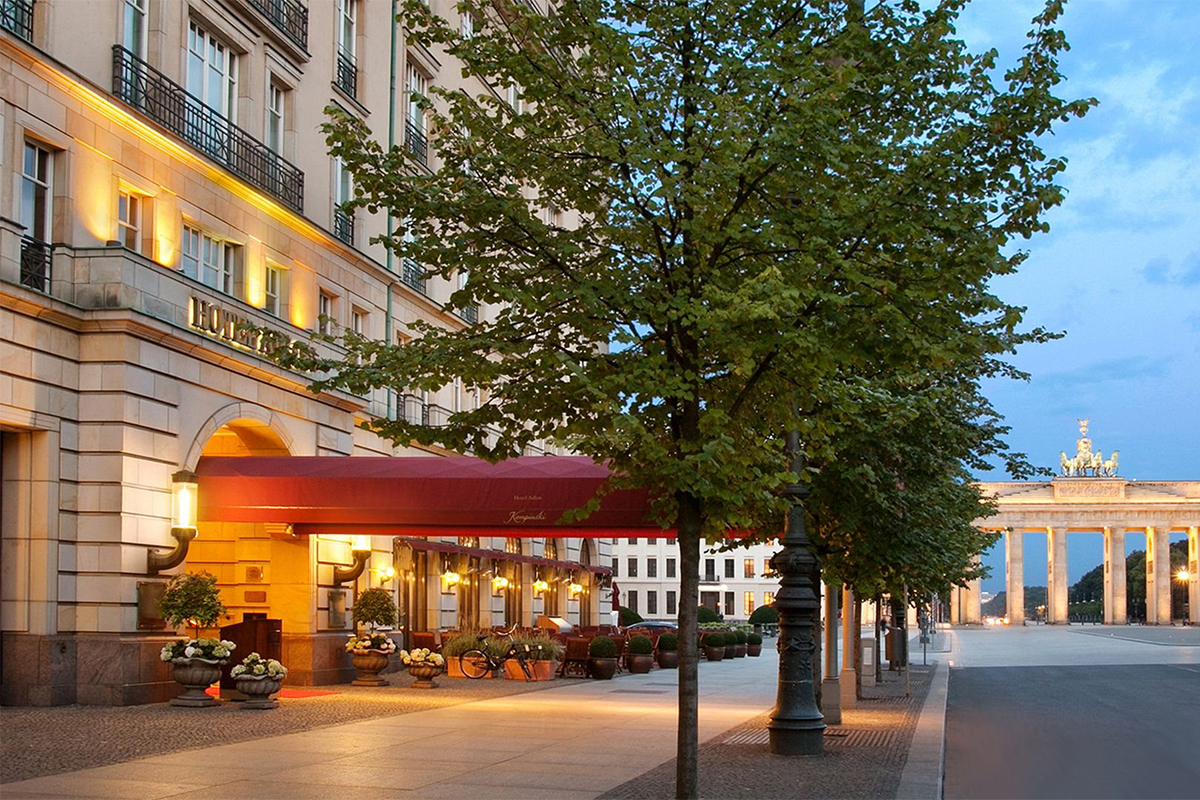 While you’ve got the ouija board out, you might as well check in with the Russian soldiers who, in less luxuriant times, rolled their tanks down Unter den Linden during the final days of World War II. Many stopped for a flag-waving photo opportunity on the blown-out balconies of the ruins of the Adlon.

Greta Garbo, Charlie Chaplin, Franklin Roosevelt, Albert Einstein … with a guest list like this you’d think just about anyone could stay at the Adlon. But historically, that’s not the case. During his 1963 trip to Berlin, former US President John F Kennedy could but peer over the wall, a barrier that, over two decades later, enraged Ronald Reagan so much he famously called for its removal. 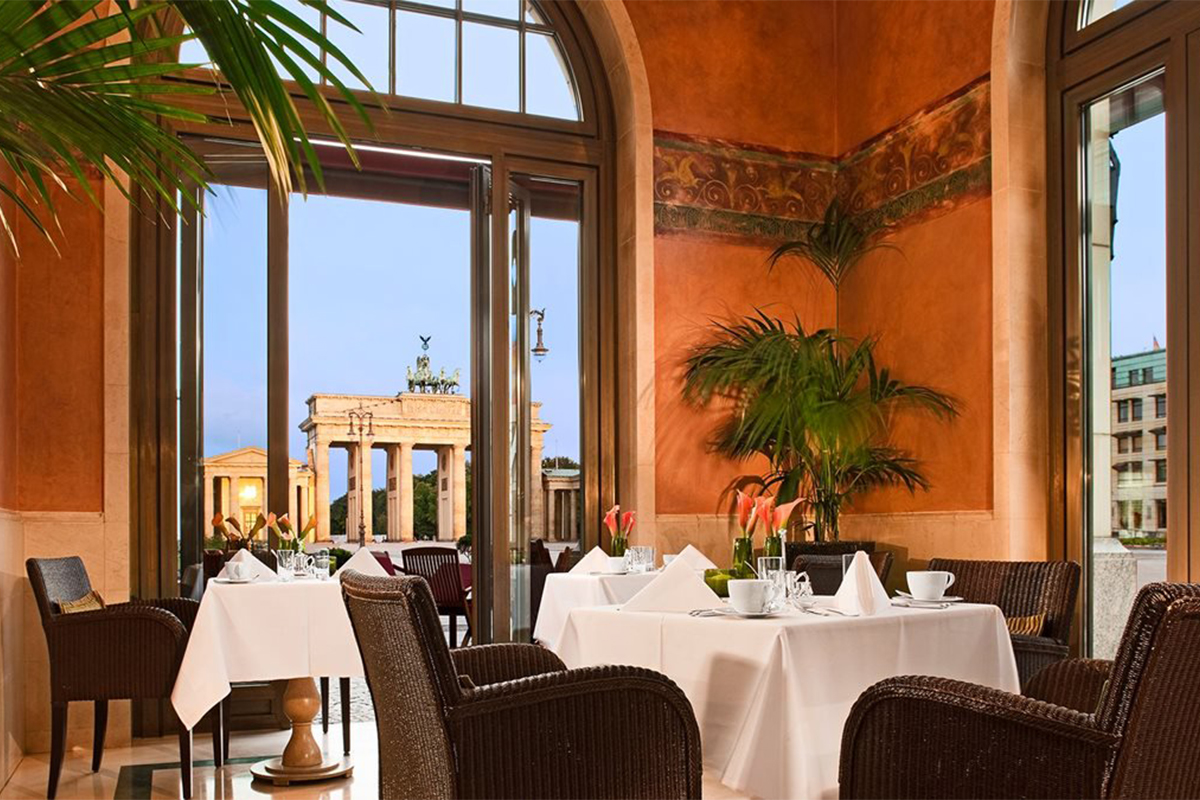 All this is to say that the Hotel Adlon Kempinski has long been the destination for anyone who’s anyone visiting Berlin. For a hotel with such a colourful history, it doesn’t look a day over 25. That’s because it isn’t. Largely destroyed by fire at the end of the war, the hotel was resurrected in 1997 in a design that’s reminiscent of – but not identical to – the original.

The location remains the same, however. Right beside the Pariser Platz, the Adlon Kempinski is in the heart of the city. With 307 rooms and 78 luxury suites wrapped in a sharp neoclassical exterior, the hotel has a weighty import that proudly announces itself to the thousands of daily passers-by on their way through one of Europe’s most scenic and important thoroughfares.

Inside, the Adlon Kempinski makes itself known in a different way. The experience begins in the lobby lounge, which was one of the city’s most popular social hotspots before the war. In that regard, nothing has changed.

“As I enjoy my lobster bisque, I wonder if the Kaiser ever had it this good as he fatefully dreamed of a place in the sun for his country.”

Bathed in a soft golden light and highlighted by the famous Elephant Fountain (a replica of the war-torn original, a 1930s gift from the Maharaja Sir Bhupinder Singh of Patiala), which sits below a stained glass atrium that hints at the day outside, the lounge and bar is an elegant respite from the bustle outside. Guests and visitors alike catch up over drinks and delicacies while the steady flow of the fountain keeps time and a pianist sets a relaxed pace.

But appropriately, the Adlon Kempinski truly reveals itself in the bedroom. This is no mere overnighter or comfortable pit stop; with their proudly classic design and stellar views, the hotel’s spacious rooms demand as much of your time as you can afford. From the quicksand-soft bed of the Junior Suite Brandenburg Gate to its deep walk-in wardrobe and bathroom that’s bigger than my bedroom at home, I feel as though this is my destination.

It’s only when I throw open the window to an eye-poppingly close view of the Brandenburg Gate that I’m reminded there’s a city to explore. Well, maybe after I’ve hit the pool.

Celebration of New and Old 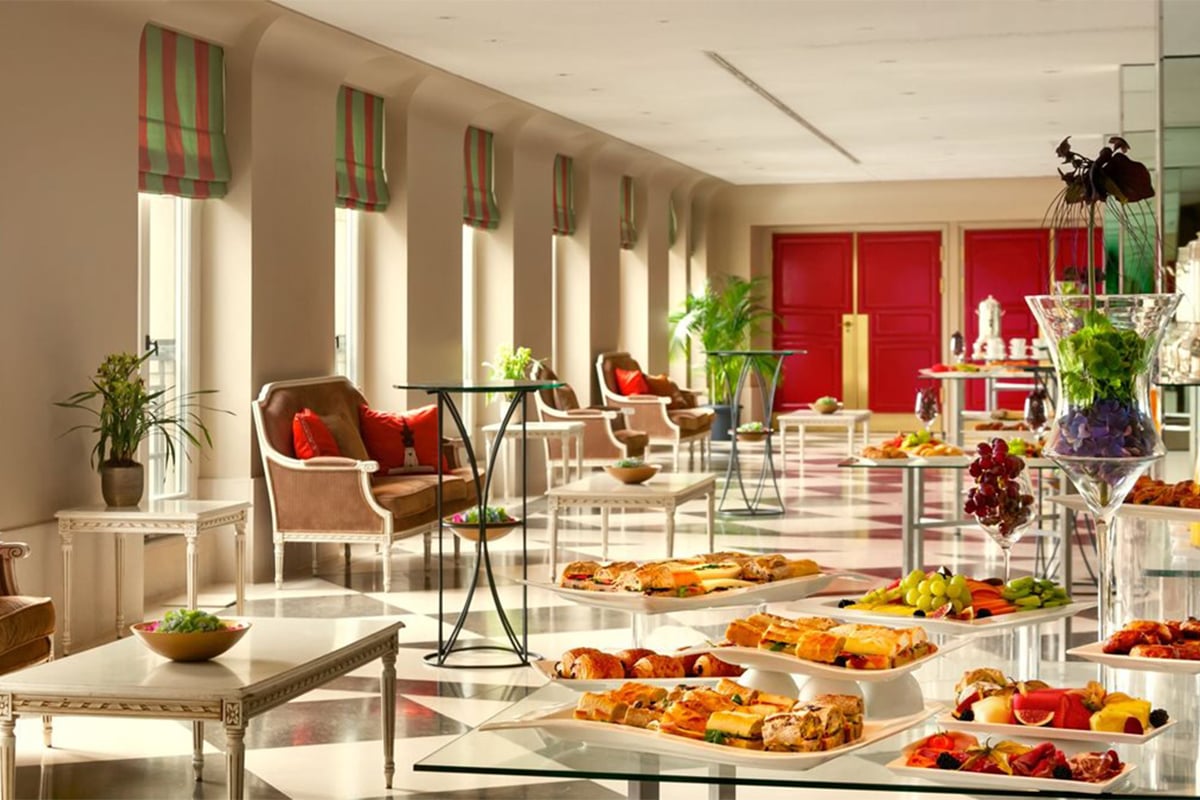 In a year that serves as the 25th anniversary of the existing hotel and the 125th of the original, the Adlon Kempinski has pulled out all the stops to celebrate. Available for a limited time is a special anniversary package, which includes an overnight stay in either a room or a suite; a buffet breakfast; a bottle of champagne; strawberries and a gift on arrival; a slab of chocolate featuring a carving of the Adlon itself; and, to top off the experience, a three-course meal in the street side Quarre restaurant.

On my final night at the Adlon Kempinski, Quarre is my quarry. The Brandenburg Gate sits across from me, the sun sinking behind it. As I enjoy my lobster bisque, I wonder if the Kaiser ever had it this good as he fatefully dreamed of a place in the sun for his country.

I wonder if the wine imbibed by the Red Army soldiers as they set what was left of the hotel on fire during World War II was the restaurant’s finest, or just the cheap stuff. I wonder if the Queen, even just for a moment, ever considered the Apartments am Brandenburger Tor across the road.

The attentive wait staff catch me staring off into infinity and ask if I’d like something to read. I decline; there’s too much going on out there, on the doorstep of history.

Read next: Gear up, get set and take your pick of the best Italian road trips