Many hotels strive for a homely feel to lure high-flying business types craving small comforts in the world’s biggest cities. This French hotel achieves it in style. 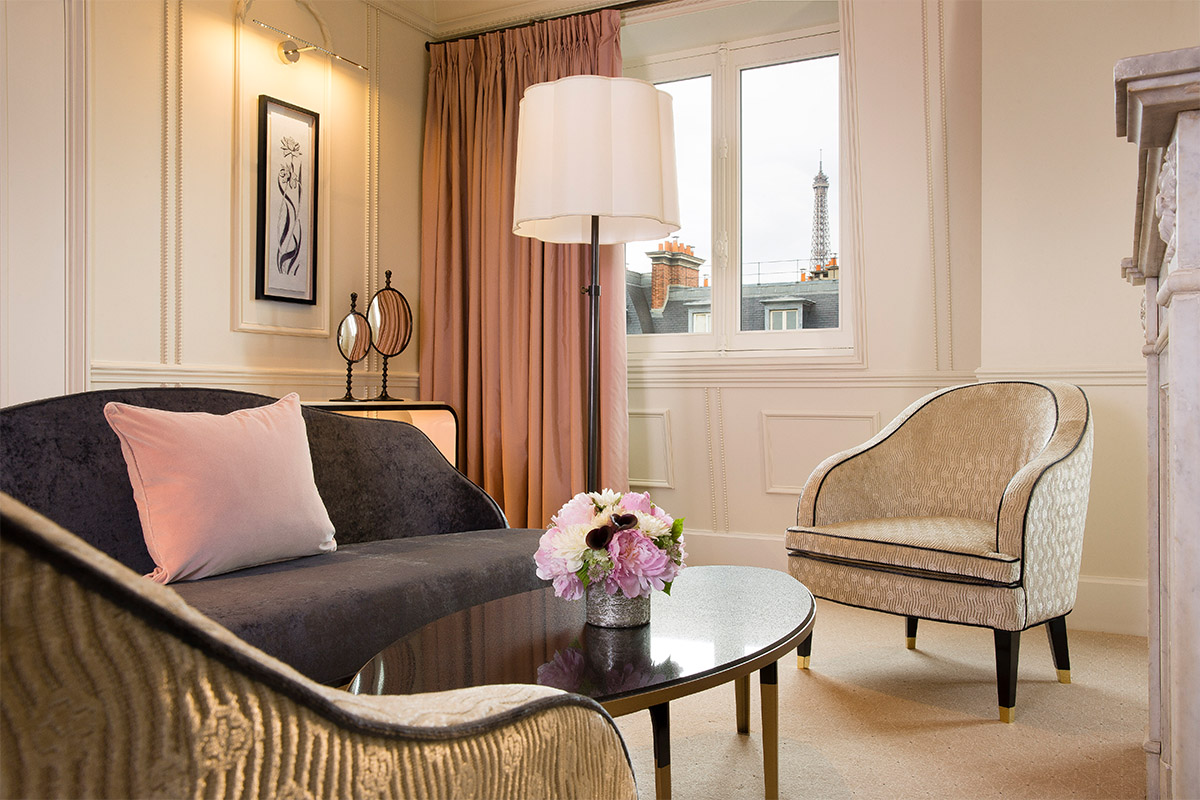 High-end travellers are used to the approximations of homeliness contrived by big hotel chains. But with so many rooms and so little time, many are unnatural reflections of nobody’s home.

The backlash is clear in the unparalleled success of Airbnb and the rise in boutique hotels, which offer fewer rooms with bespoke furnishings combined with a sense of authenticity and intimacy.

Many boutique hotels take their cues from old Paris in style and feel. It may come as a surprise to learn, then, that Paris itself was without a high-end boutique hotel scene of its own until recently.

“We have many palaces and four-star hotels in Paris, but there were no independent boutique five-star hotels of under 50 rooms.”

Born into a family of hoteliers, Lucas Beguinot grew up in the Paris hospitality industry and quickly came to recognise a gap in the market for a Parisian home away from home. “I love art, I love design,” he says. “I knew it was what I wanted to do, to create a dream home in the heart of Paris.”

The family’s first boutique hotel was La Maison Favart, a 39-room four-star experience heavily inspired by the style and decor of 18th century France. “We were trying to create an intimate feeling of la maison, which in French is ‘house’,” Lucas says. “That was in 2012, and thanks to this experience, we began work on our second Parisian hotel.”

Eventually Lucas and his team decided on an office building previously occupied by the French army. It was a most unlikely candidate for one of the city’s first five-star boutique hotels. “We have many palaces and four-star hotels in Paris, but there were no independent boutique five-star hotels of under 50 rooms,” he reveals.

Modern comforts, but a classic vibe 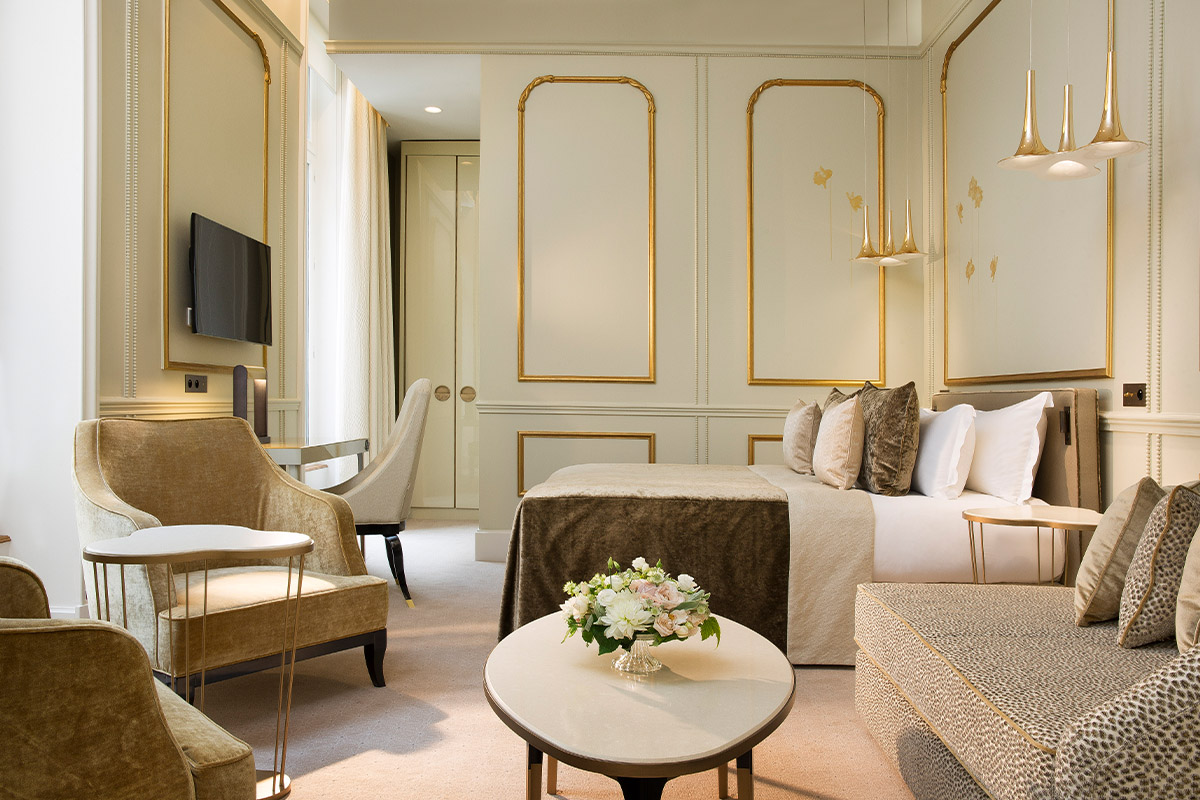 The result was Le Narcisse Blanc, located in the 7th arrondissement, 15 minutes’ walk to the Eiffel Tower and the embarkation point for Seine river cruises. The 7th has traditionally been a part of Paris synonymous with romance, a theme that Le Narcisse Blanc indulges in a sophisticated and understated way.

To step inside is like entering the artistic Paris of the 1900s. Neutral tones layered with black and white accents provide a warm yet classic vibe throughout the hotel’s 37 rooms. The decor is traditional yet contemporary, offering a nod to the district’s history combined with the five-star comforts travellers to Paris have come to expect, down to the finest details.

“Even the materials you use in the room matter,” Lucas stresses. “How strong it is, how it feels when you touch it. Some people don’t notice those kinds of details, but those who stay in five-star luxury hotels do.”

Lucas believes flexibility is one of the best qualities a boutique hotel of Le Narcisse Blanc’s size can offer. “In a big hotel, everyone knows exactly what to do. It’s a procedure,” he says. “In a boutique hotel you need to have eyes everywhere, your staff must be able to think differently.”

Hospitality at its finest 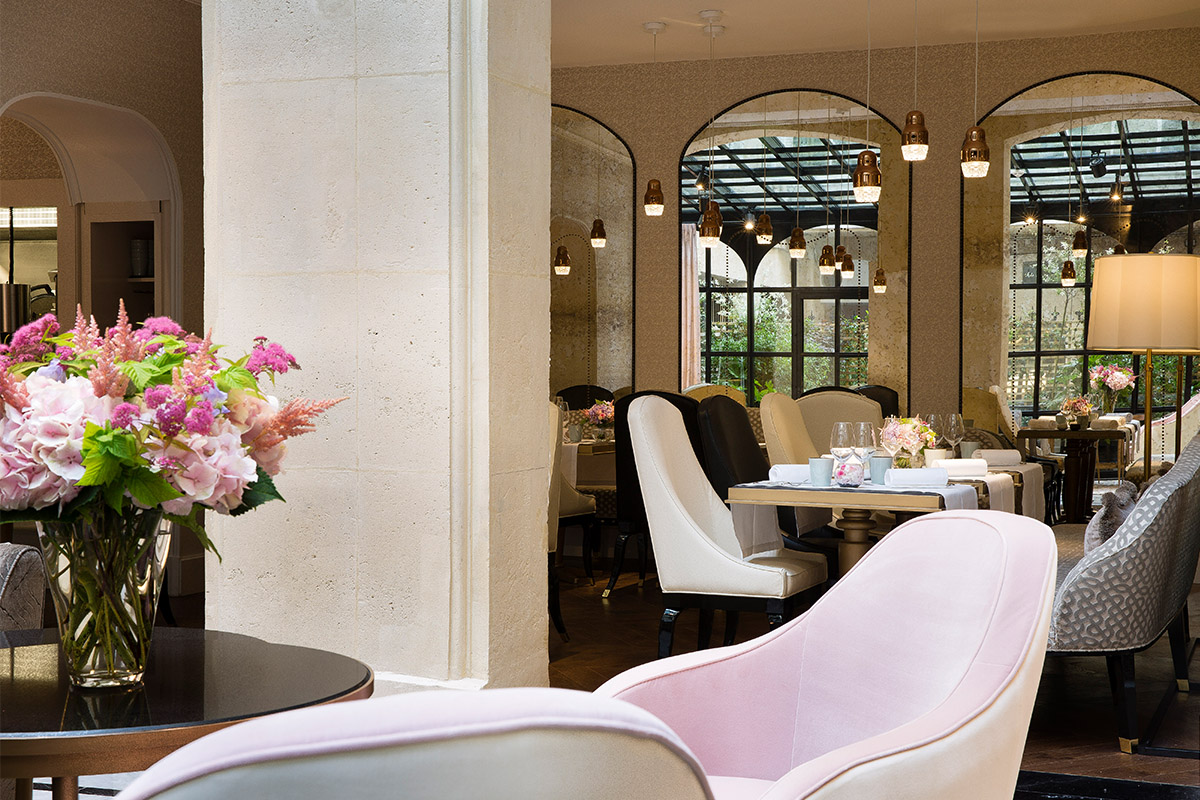 The hotel is indeed a tranquil sanctuary away from the crowds. It’s small, intimate and peaceful, the staff willing to listen and cater to your every need. The room service doesn’t even come with a menu; they ask you what you feel like and make suggestions, and even if you request something simple like a pasta and salad, it will be given the delectable Parisian touch.

The Clarins pool and spa under the city’s streets is the perfect place to relieve sore muscles after a day of sight-seeing.

The concierge, Hakim, has been with the hotel since it opened in 2016, and seems to have a supernatural ability to know what you need before you do. “He takes care of the foyer and the restaurant,” Lucas says. “He sees everything.”

It’s all in keeping with Lucas’s belief that hospitality should be a very human experience. “Real hospitality doesn’t use computers,” he notes. “When our staff say ‘I hope you enjoy your stay’, it’s personal, not an automatic email. When you return to Le Narcisse Blanc and our staff recognise you, that’s a feeling you can’t design.” The restaurant and bar feels more like a lounge room, with armchairs allowing you to sit back and enjoy traditional French cuisine and an enviable selection of drinks. The restaurant, Cleo, is deliberately set back within the hotel to replicate the feel of a dining room at home. “Privacy is the ultimate luxury, it’s not sitting right by the street,” Lucas points out.

The menu’s strength is its simplicity. It does only a handful of meals, which change regularly, but it does them extremely well. During my visit I enjoy thin slices of sea bream with peach and fresh almonds followed by a very French meal of braised pulled beef with foie gras.

The next morning, breakfast is a divine basket of buttery Parisian delights, warm from a local boulangerie (in fact, culinary accoutrements throughout the hotel are locally sourced wherever possible). The verdant courtyard is one of the more serene places you could hope to find in the 7th arrondissement for a cafe au lait and a book. 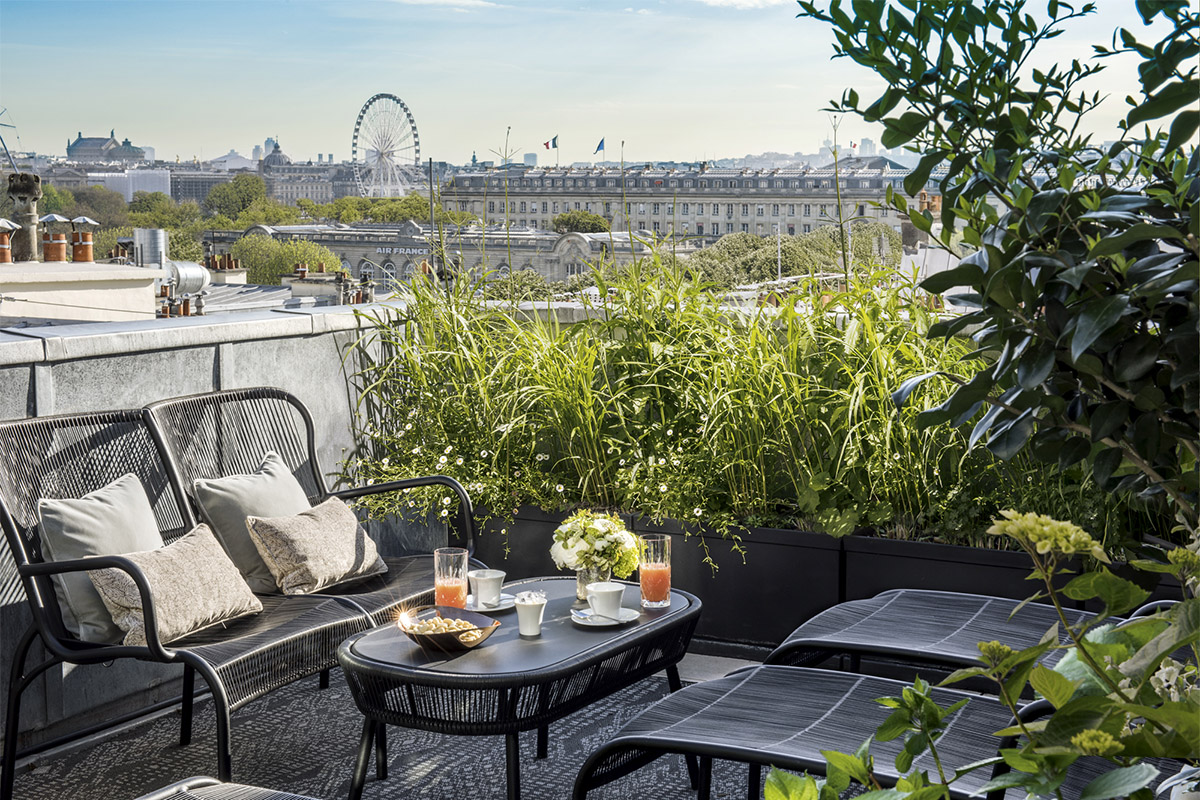 And if you’re lucky enough to have an attic room at the front of the hotel, you can indulge in one of the best views in Paris, which feels like it’s been saved for you: the Eiffel Tower, erect and proud above the rooftops. When dusk reaches Paris, light sensitive twilight censors in the tower activate 20,000 twinkling lights that sparkle every hour on the hour, and if you time it right, you can watch the final display of the night at 1am – when the lights sparkle their brightest – from your bed.

Le Narcisse Blanc is impressive yet comforting at once and is attracting a loyal number of repeat guests who consider it their Paris home, and that’s exactly what the owners were after.

“In English, the word guest is only the person being welcomed, but the French word for guest, hôte, is for both the person doing the welcoming and the person receiving the welcome,” Lucas explains. “You’re both part of the experience.”

The boutique hotel approach exemplified by Le Narcisse Blanc may seem disruptive in an industry that’s forever changing, but Lucas says there’s no deliberate method. “It’s simply about being human, talking with people and being attentive to their needs,” he says. “It’s just natural.”

This article was written by Caroline Riches and Michael Wayne.

Read next: A look at Slovenia’s spectacular natural wonders