With a vision to inspire reef conservation, restoration and education on a global scale, this museum has to be seen to be believed. 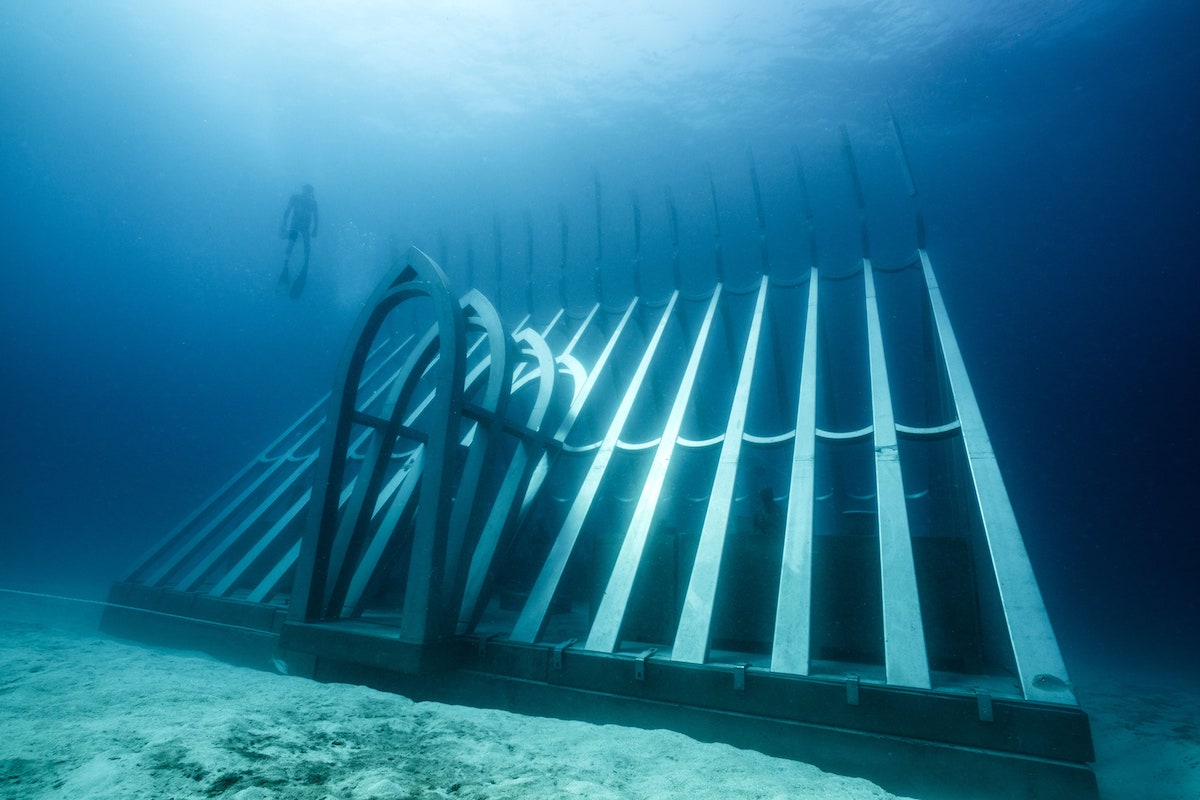 The largest reef system on the planet, Australia’s Great Barrier Reef is one of nature’s most extraordinary works of art.

Soon, it will be joined by an equally extraordinary man-made art installation.

The first of its kind in the Southern Hemisphere, the Museum of Underwater Art (MOUA) will showcase fully and partially submerged art along the Queensland coast, from Townsville all the way up to John Brewer Reef.

The April opening of the museum was postponed, to allow the tourism industry time to heal in the wake of the COVID-19 pandemic.

MOUA is the brainchild of celebrated marine sculptor and photographer Jason deCaires Taylor, who was among the first wave of new-generation artists to dive into the underwater realm and highlight it as an artistic exhibition space.

The British creative has built similar permanent underwater attractions in the Maldives, Mexico, Grenada and the Bahamas, each exploring themes of conservation and environmental activism.

Set to become not only a major tourism attraction, economic injector, job generator and marine science and research hub, MOUA will also act to highlight reef conservation, restoration and education on a global scale.

It’s installed at four different sites along the Great Barrier Reef: the Coral Greenhouse at John Brewer Reef; Ocean Siren, a sculpture off the coast of Townsville; and two other pieces still under construction, at Palm Island and Magnetic Island.

Weighing more around 58 tonnes, the Coral Greenhouse is located about two hours from Townsville by boat.

When it launches, tour operators will take divers and snorkellers to explore the art project located around 18 metres underwater. The submerged site is filled with 20 ‘Reef Guardian’ sculptures, made from non-toxic marine-grade cement, which are propagating more than 2,000 coral fragments.

“It’s living artwork. It’s a constantly evolving piece that will never be the same for every visit,” says deCaires Taylor.

“Part of creating an underwater museum was to inspire people to think about the sea as something sacred, something that we should be protecting, and not taking for granted.”

The installation will help generate a thriving new ecosystem while relieving pressure on still-recovering reefs, shining a spotlight on the importance of reef rehabilitation.

Located alongside Townsville’s iconic Strand Jetty, Ocean Siren is modelled on local girl Takoda Johnson, a member of the local Wulgurukaba people, one of two traditional owners of the local land. 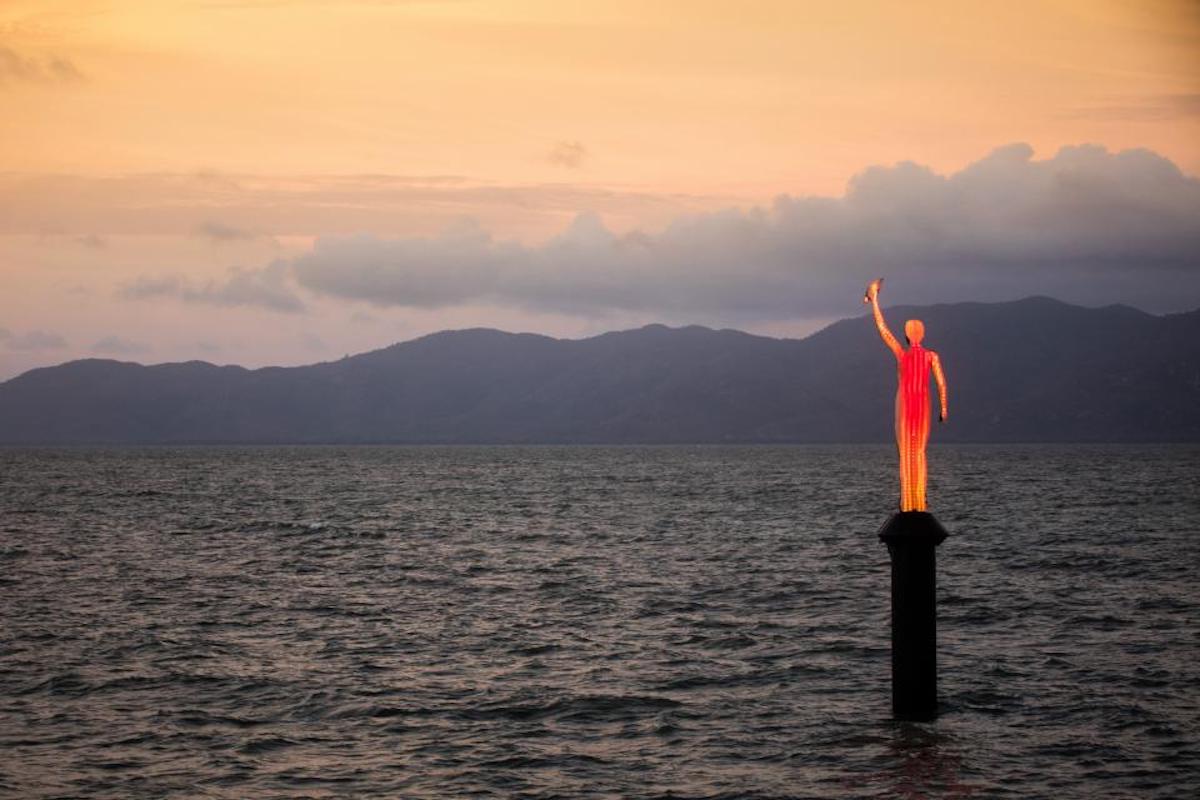 Towering above the ocean’s surface, the sculpture reacts to live water temperature data from the Davies Reef weather station and changes colour in response to live variations in water temperature.

“The idea of casting the younger generation is that these children are going to be the guardians of the reef,” he told ABC News.

“They are going to take ownership, in some ways, of the environment. I hope people want to learn more about it. It’s not just a pretty light display – there is a strong message behind it.”

MOUA’s two remaining installations are set to be completed by the end of 2021. The installation on Palm Island will showcase the link between the reef and the local indigenous community, while the one on Magnetic Island will celebrate the importance of reef science.