Spain's NH Hotel group has announced plans to build a luxury pyramid on top of the St Pauli Bunker in Hamburg. 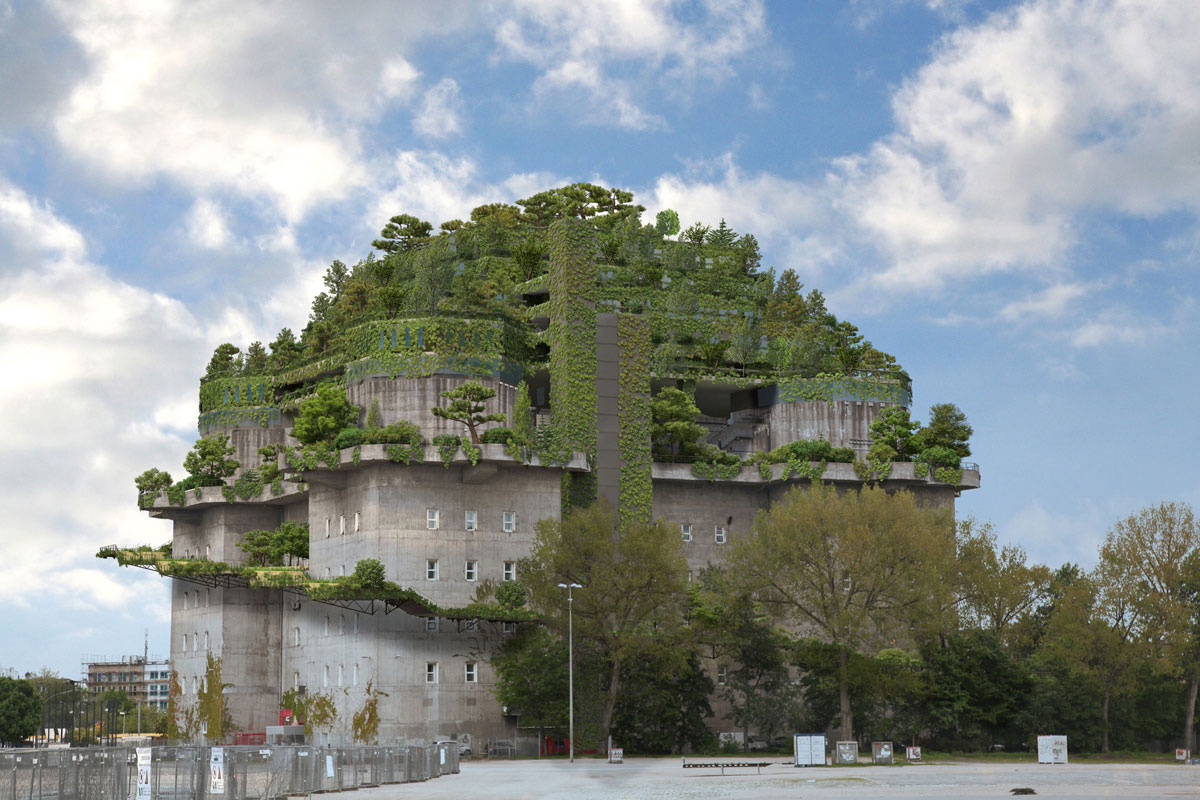 When you think former Nazi-era bunker, you rarely think luxury hotel. The NH Hotel group did though and that’s why they’ve announced plans to build a luxury hotel on top of the St Pauli Bunker in Hamburg.

Boasting 136 luxurious rooms along with a stunning rooftop garden, bar, cafe and restaurant, the completed hotel will stand in the shape of a pyramid across five storeys, according to the developer’s press statement.

In addition to this, they’ve highlighted the hotel’s panoramic views of Hamburg, which will encompass the Elbphilharmonie as well as a leafy meandering green walkway surrounding the bunker.

The standing bunker itself has an interesting and morbid history to say the least. It was built in 1942 in just 300 days by 1,000 forced labourers. Its solid 3.5-metre-thick concrete walls also meant that it was ideal for withstanding heavy air raids of the time while accommodating up to 18,000 people.

Shortly after World War II, the authorities decided against demolishing the building as the number of explosives required to flatten the site would have also destroyed the surrounding residential areas, according to the Hamburg local government.

These days, the St Pauli Bunker serves as a live music venue, nightclub, music store and creative space for musicians and artists. CNN reported that the team behind the hotel planned to revive the building for residents who wanted to plant a “city garden for the neighbourhood”.

It’s not all commercially driven though. The revamped natural oasis will also receive a memorial to the victims of the Nazi regime and the Second World War, according to Frank Schulze, spokesman for the Spanish-based NH Hotels.

Those keen to explore Hamburg from a historically standing war building will have to wait until mid-2021 when the hotel is expected to be complete.

Read next: These are the world’s top boutique hotels