On course for waters less travelled: a look at 2019’s yacht charter trends

The CEO Magazine checks the forecast for the yacht charter season ahead with some of the industry’s leading brokers. 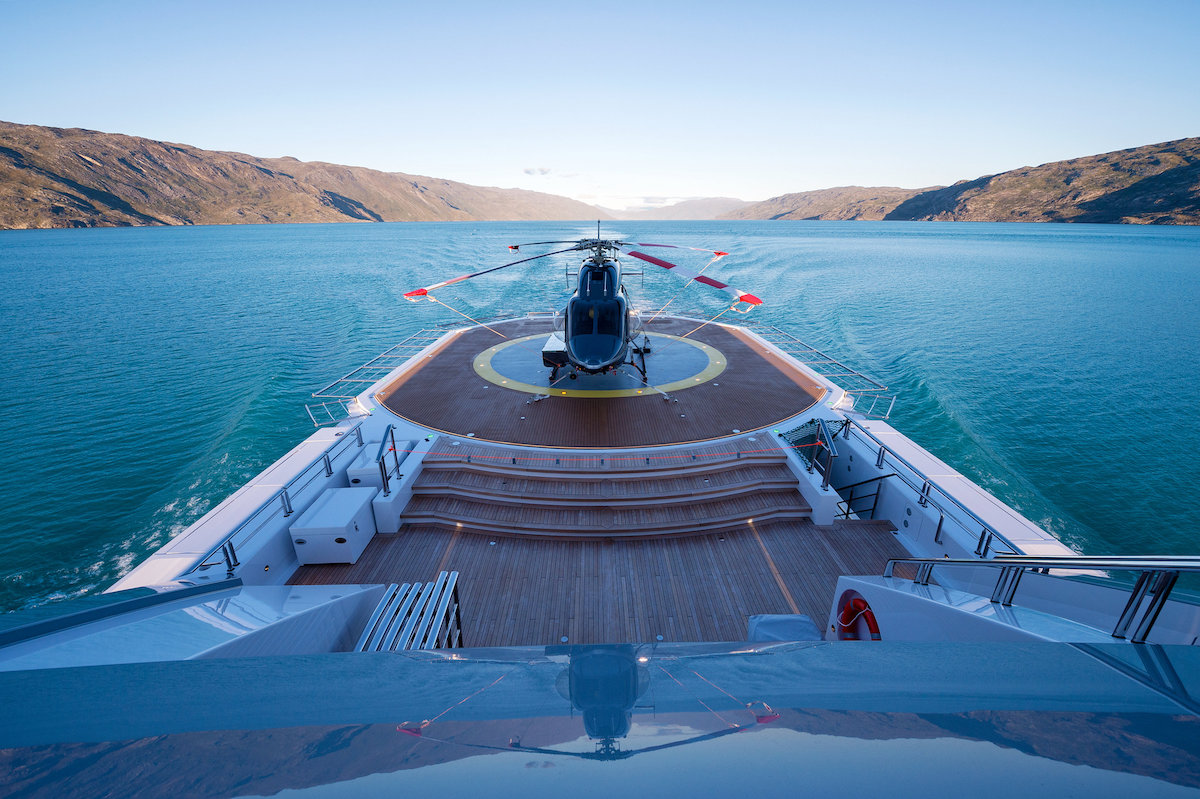 If there is a time guaranteed to attract the biggest superyachts on the planet to the French Riviera, it’s the last two weeks in May. For the world’s super wealthy, the combination of the Cannes Film Festival and the Monaco Grand Prix delivers a tantalising mix of red-carpet glamour and high-octane thrills.

This year’s guest list hasn’t disappointed – it’s been hard to miss Roman Abramovich’s gigantic 162-metre M/Y Eclipse moored off Saint-Jean-Cap-Ferrat or S/Y Maltese Falcon, the futuristic Perini Navi sailing yacht at anchor off Cannes. Forbes even has a running commentary on what yachts have been spotted where.

“Both are massive global events, so, of course, they will be extremely popular for yacht charters,” says Chris Craven, a charter broker at Monaco’s SuperYachtsMonaco.

His colleague, Louise Beckerman, agrees. “The Monaco Grand Prix attracts plenty of interest; especially for corporate events in port or from guests looking to take advantage of a Côte d’Azur cruising itinerary from Saint-Tropez to Cannes then along to Monaco to soak up the incredible atmosphere during the race weekend,” she says.

As the horns sound to signal the start of another summer season, industry figures all agree that the lure of the Mediterranean remains as strong as ever. “Clients were booking in 2018 for 2019, so the Mediterranean is very busy,” says Jessica Engelmann at Northrop & Johnson’s Fort Lauderdale office.

Yet, the past few years have seen a swing away from what is familiarly referred to as the ‘Milk Run’, the well-trodden itinerary that takes in the French Riviera’s legendary ports, and this trend for alternate adventures looks set to stay. 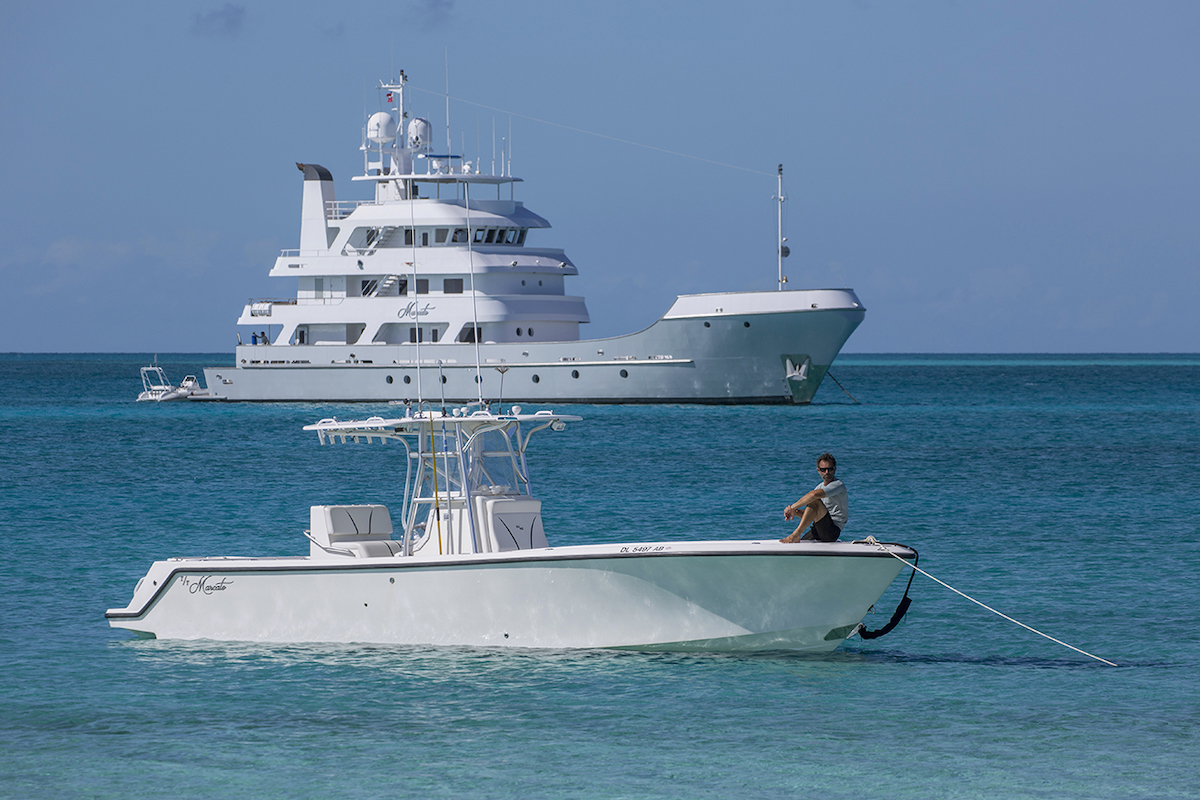 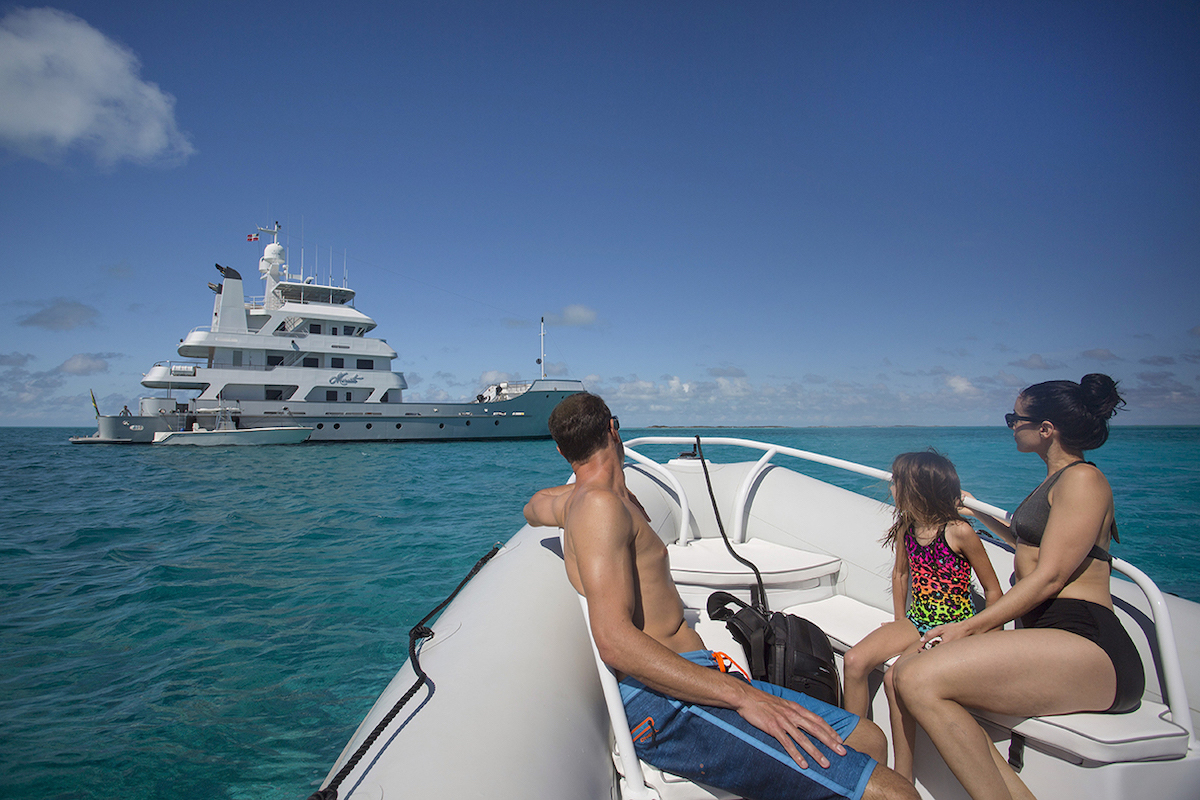 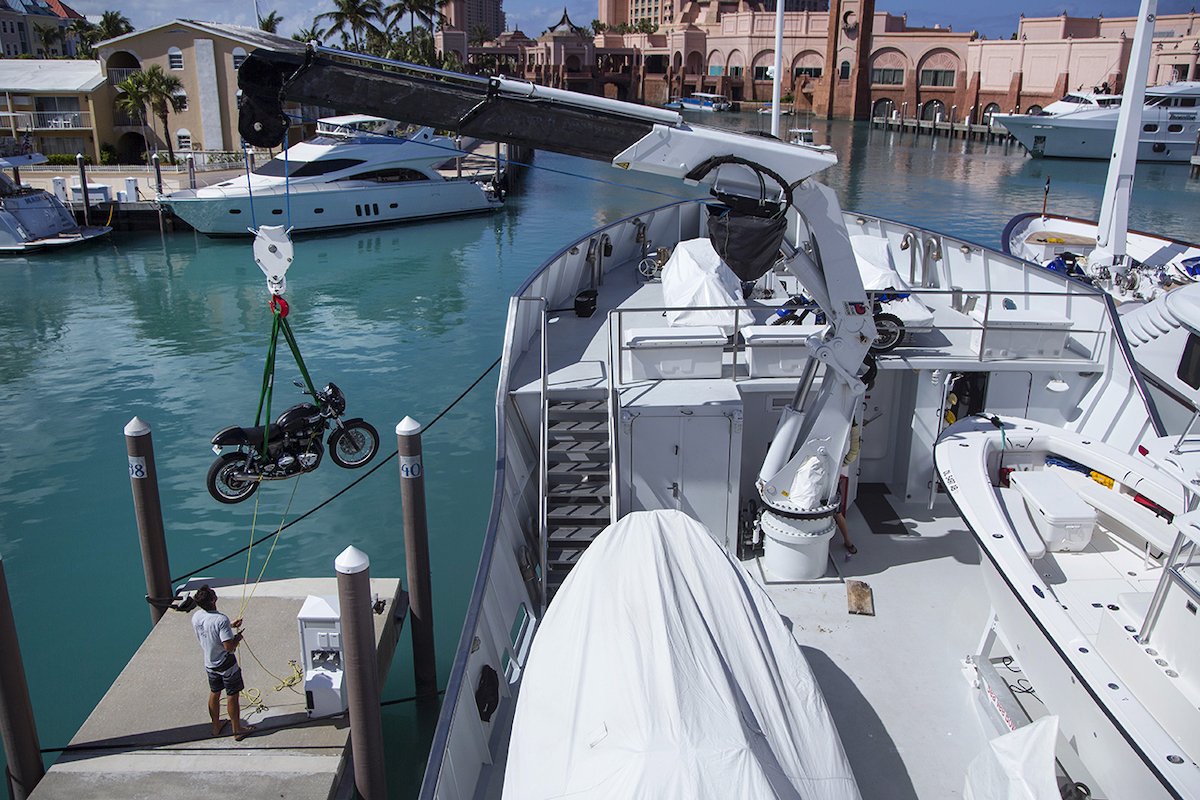 “While we don’t think clients will ever turn their backs on the Mediterranean as there is so much variety and it’s easy to get there for a shorter trip, we have seen an increased interest in off-the-beaten-path charters,” says Graham Sullivan from Worth Avenue Yachts, echoing sentiments felt across the industry.

“Clients now have the opportunity to charter in the most remote and untouched regions of our planet thanks to technological advances in yachting,” he continues.

The Florida- and Monaco-based brokerage’s fleet includes M/Y Marcato which, in industry-speak, is an ‘explorer yacht’, a vessel with more power, range and volume than a classic motor yacht but lacking none of the luxuries guests expect to find on board.

Currently, the yacht is cruising the South and Central American Pacific coasts, about as far away from the glitz of the Côte d’Azur as imaginable. “On a yacht charter in Argentina, you can snow ski, go wine tasting, surf and play on the water all in one trip. It’s truly an active lifestyle getaway,” Sullivan explains. 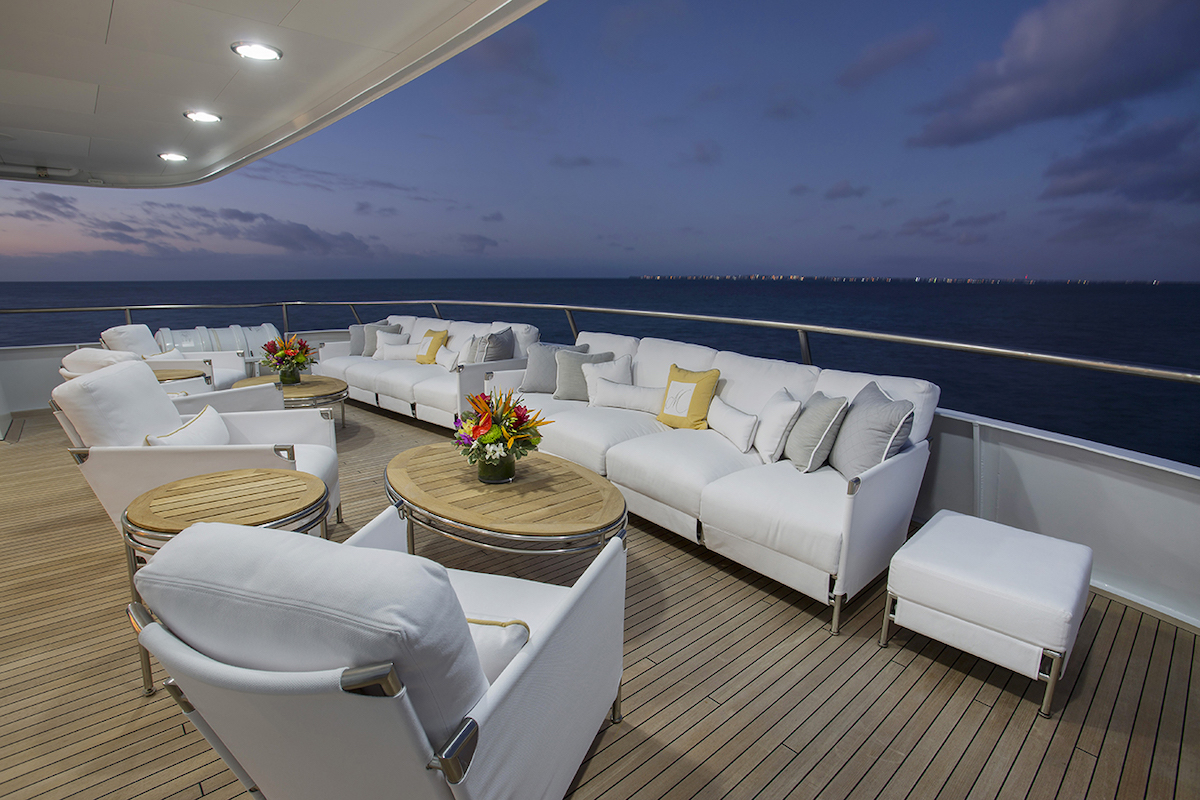 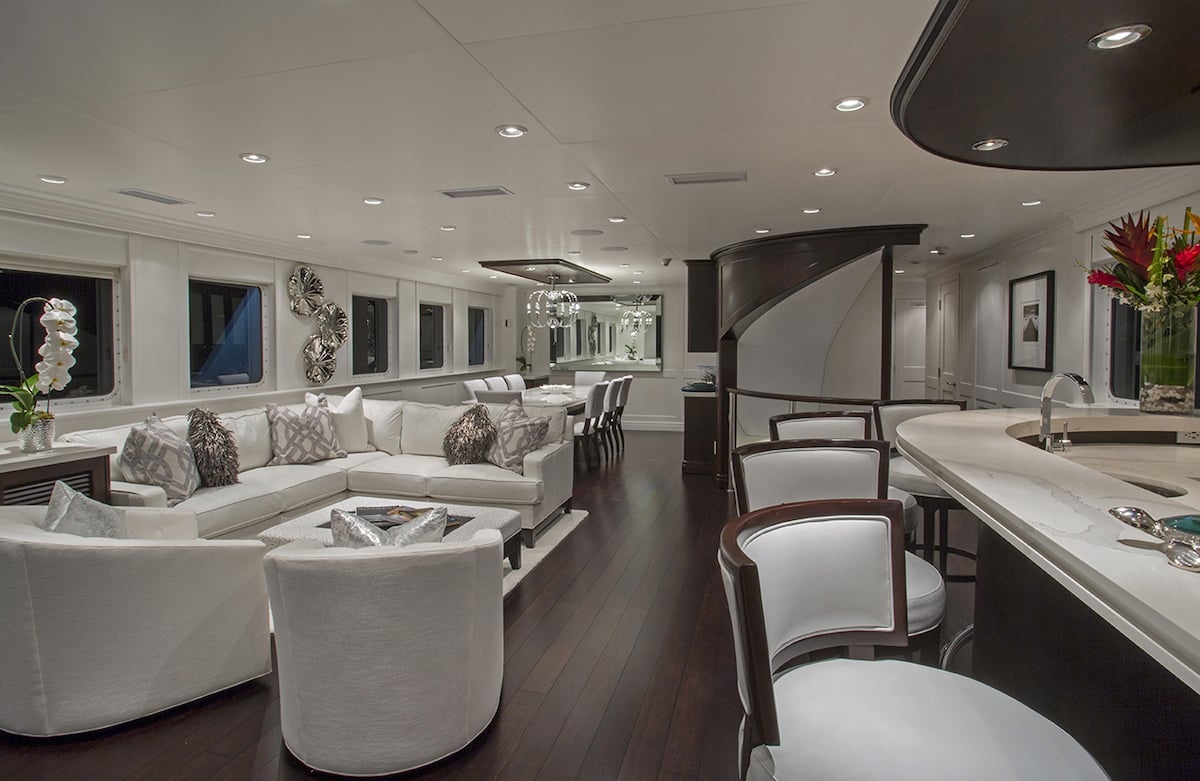 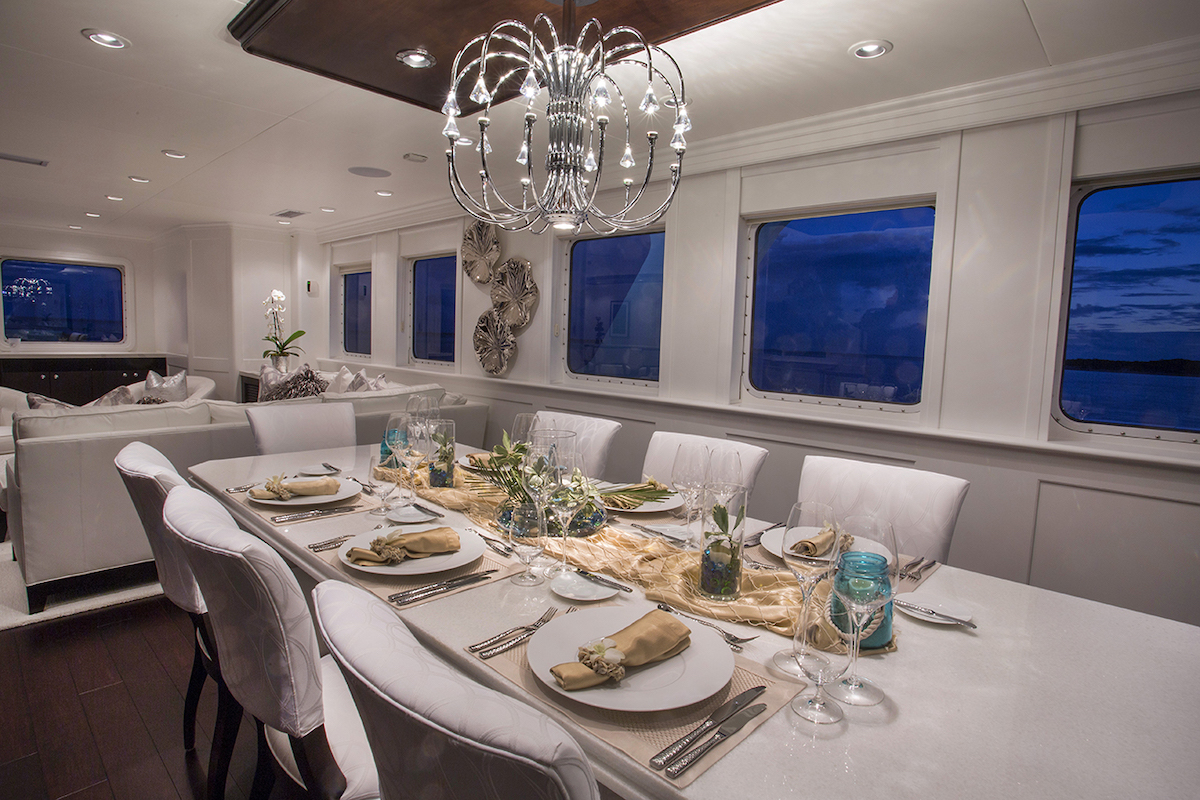 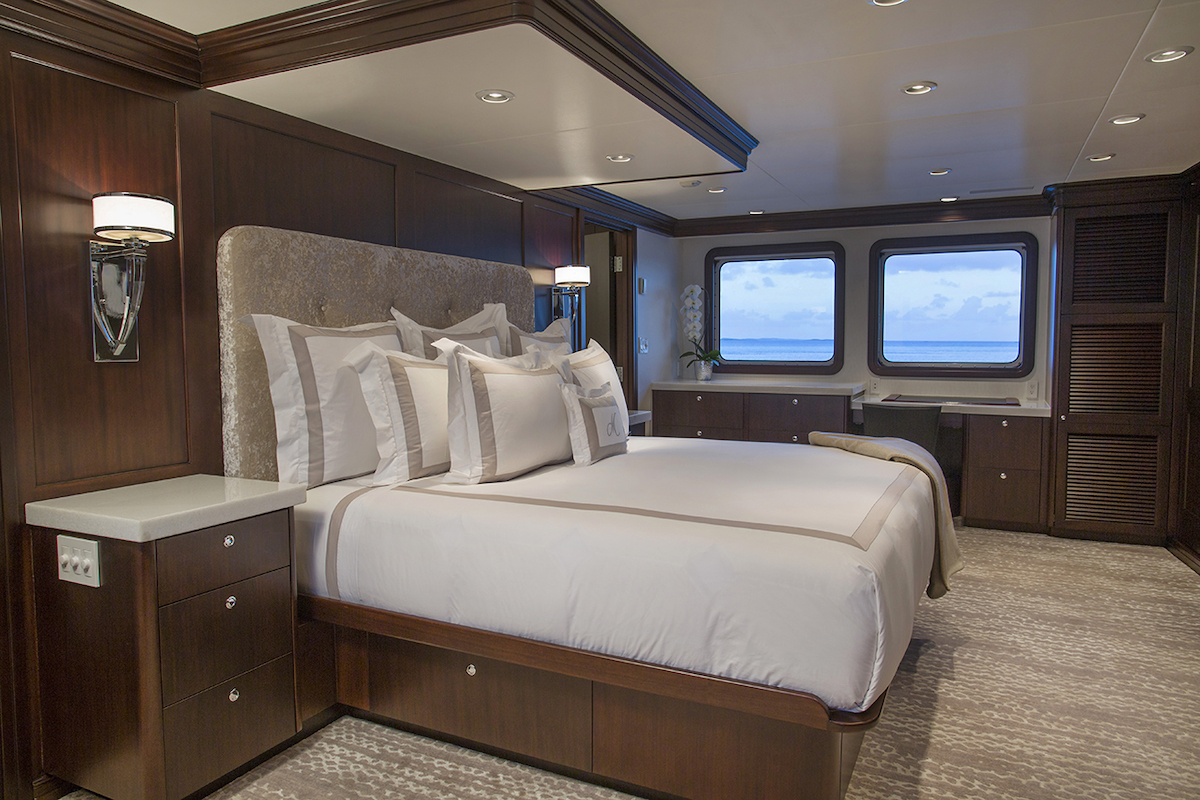 Expedition yachts and remote destinations are two trends that go hand-in-hand. “Explorer yachts were built to do just that – explore,” continues Beckerman, whose brokerage has exclusive rights to the charter of the 75-metre M/Y Cloudbreak. Designed by Espen Oeino and launched in 2016 by German shipbuilders Abeking & Rasmussen, her hull is reinforced with an ice-belt and features include a helipad and an observation platform.

This year, she Cloudbreak has already cruised the Nordic countries – “allowing clients to go on adventures such as heli-skiing, with this luxurious yacht as their base,” Louise explains – before heading to the Eastern Mediterranean this summer.

Later in the year, she will embark on a rest of the world itinerary that will see her heading to South-East Asia and eventually Australia.

“Explorer yachts were built to do just that – explore.” – Louise Beckerman

The 2018–19 winter season saw the welcome return to fashion of an old favourite. “The Caribbean season drastically picked up now that the islands have recovered from the most recent hurricanes,” says Sullivan, especially the Bahamas, a destination Engelmann says is “always a winner”. Sullivan agrees he has also seen a surge in enquiries for yachts in Belize and the San Blas Islands – an archipelago off the coast of Panama.

Both Sullivan and the SuperYachtsMonaco team cite Asia–Pacific (especially Tahiti and Fiji) and Antarctica, arguably yachting’s final frontier, as other trending destinations, while closer to the classic charter hotspots, there is also growing demand to explore the jewels of Turkey’s coast by yacht, especially when combined with the Greek islands. 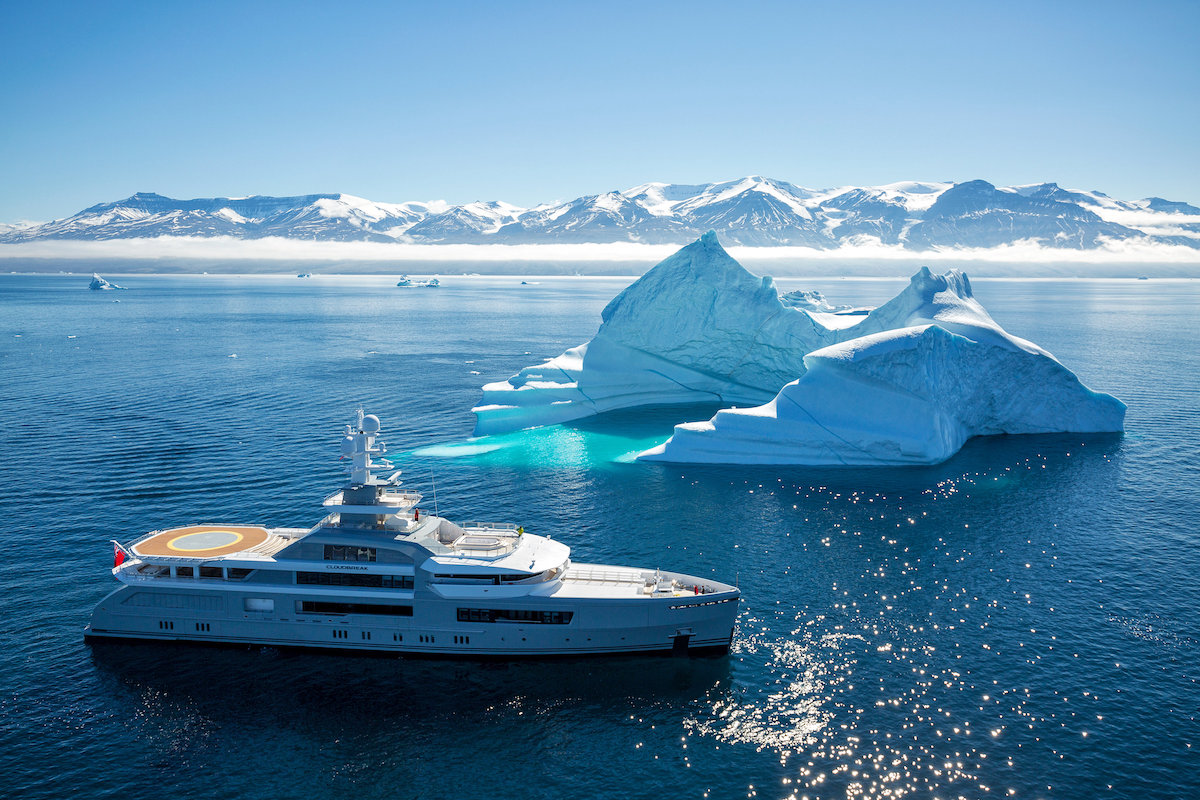 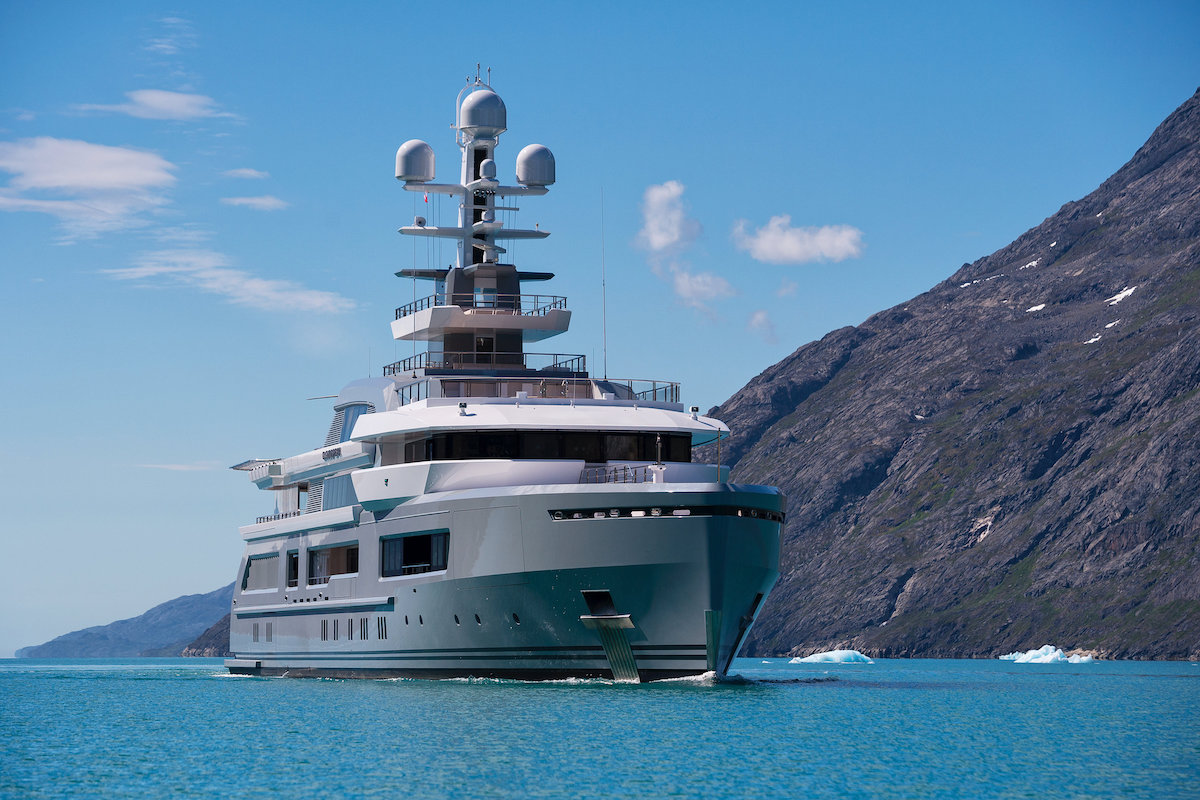 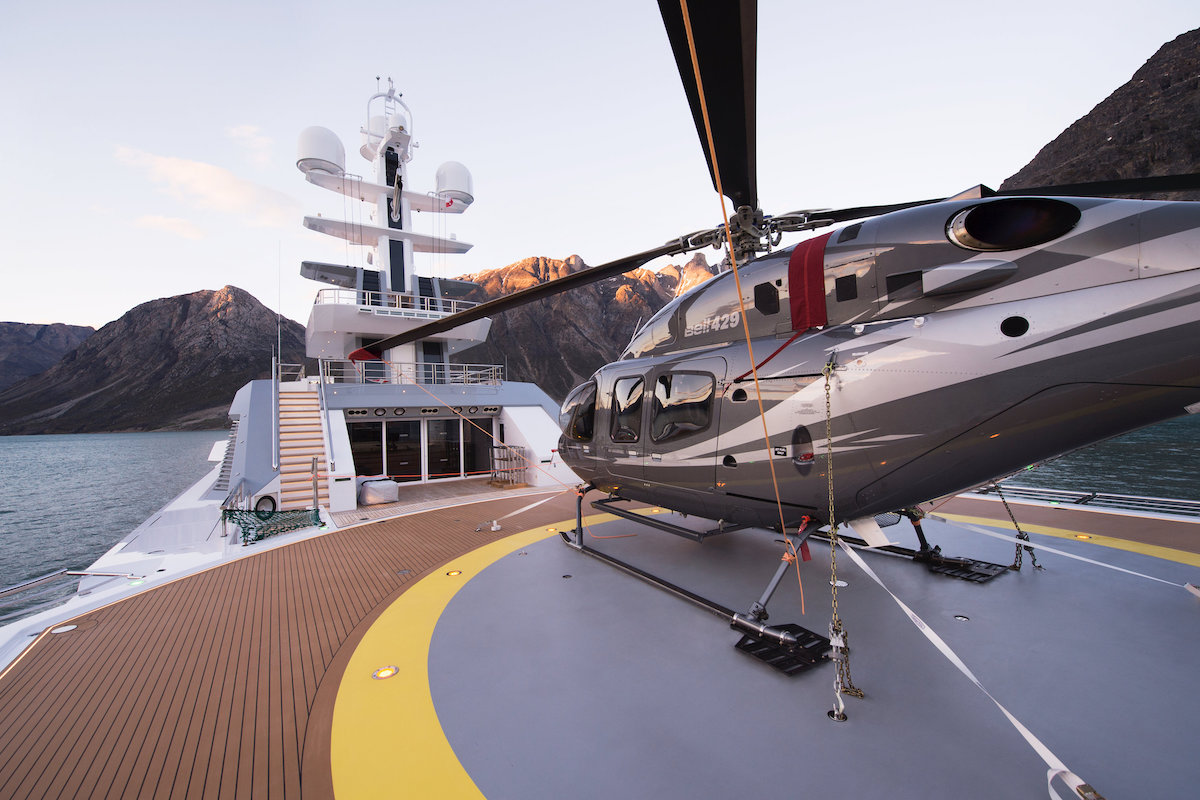 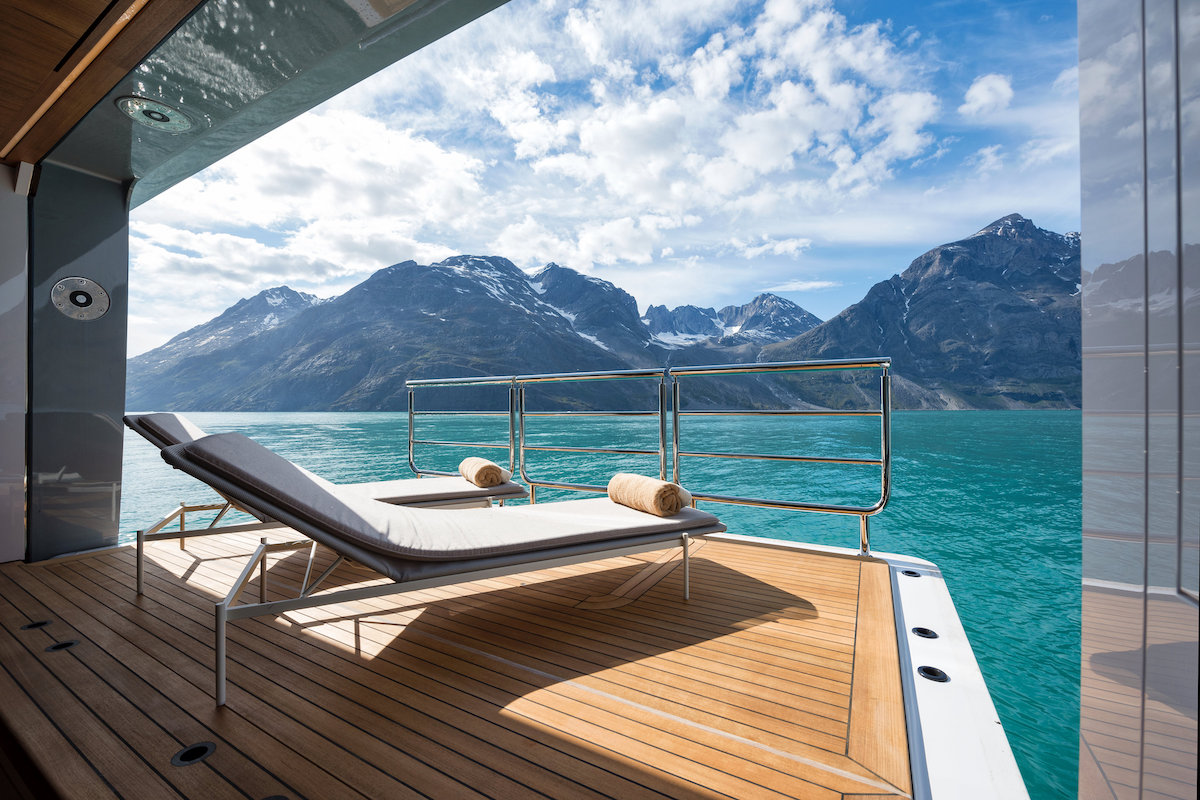 “Land-based support is getting better and better and so charterers are becoming more comfortable going to these locations. Turkey especially is attractive as it is outside the EU and therefore VAT-free,” Craven explains.

This spirit of adventure is particularly prominent with a younger clientele who aren’t afraid to charter their way. “There are a lot of young, ultra-high-net-worth individuals grasping onto the finite, seven-star luxury of a yachting adventure,” Sullivan says. “We see that demographic as more inclined to charter in adventurous destinations versus sitting at anchor off St Barths,” he continues.

Craven names Spain’s Balearic Islands as another Generation Next favourite. “Majorca and Ibiza have become even more popular as they’re great yachting destinations with an incredible party scene.”

While, for many of this new wave of yacht charterers this is their first taste of yachting, others are making the transition from being the children of clients to the actual clients. “New business is improving as children of the 2000 to 2008 boom era are now taking charters themselves.”

Yet, for an industry built upon relationships, recommendations and personal service, the digital influence is definitely causing some waves. Both SuperYachtsMonaco brokers commented that they felt clients were shopping around more before signing a charter contract. 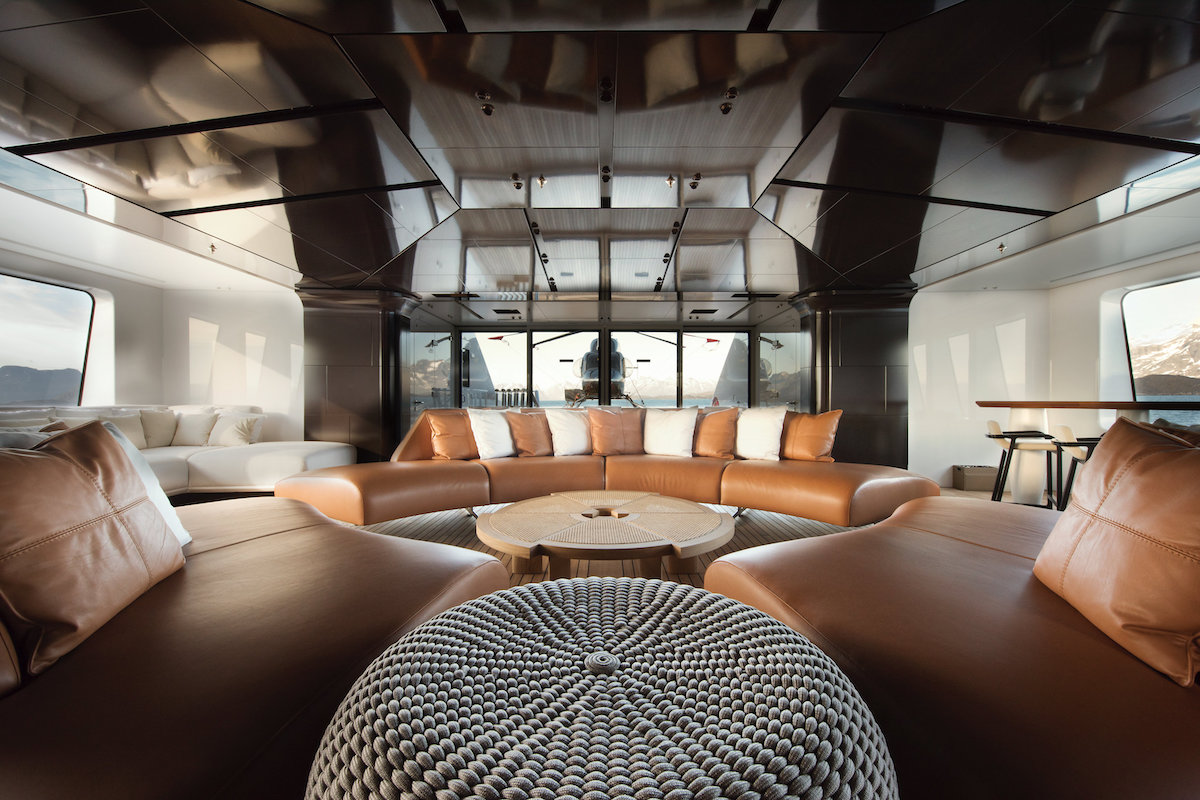 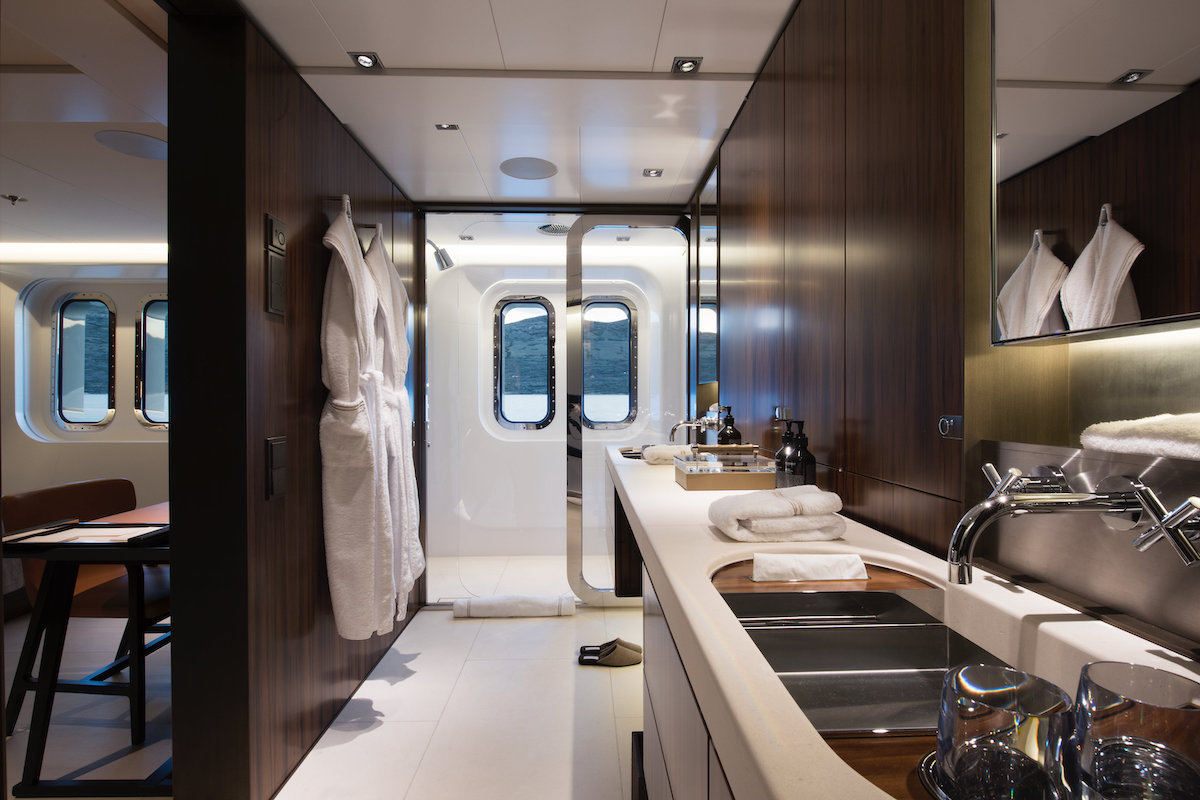 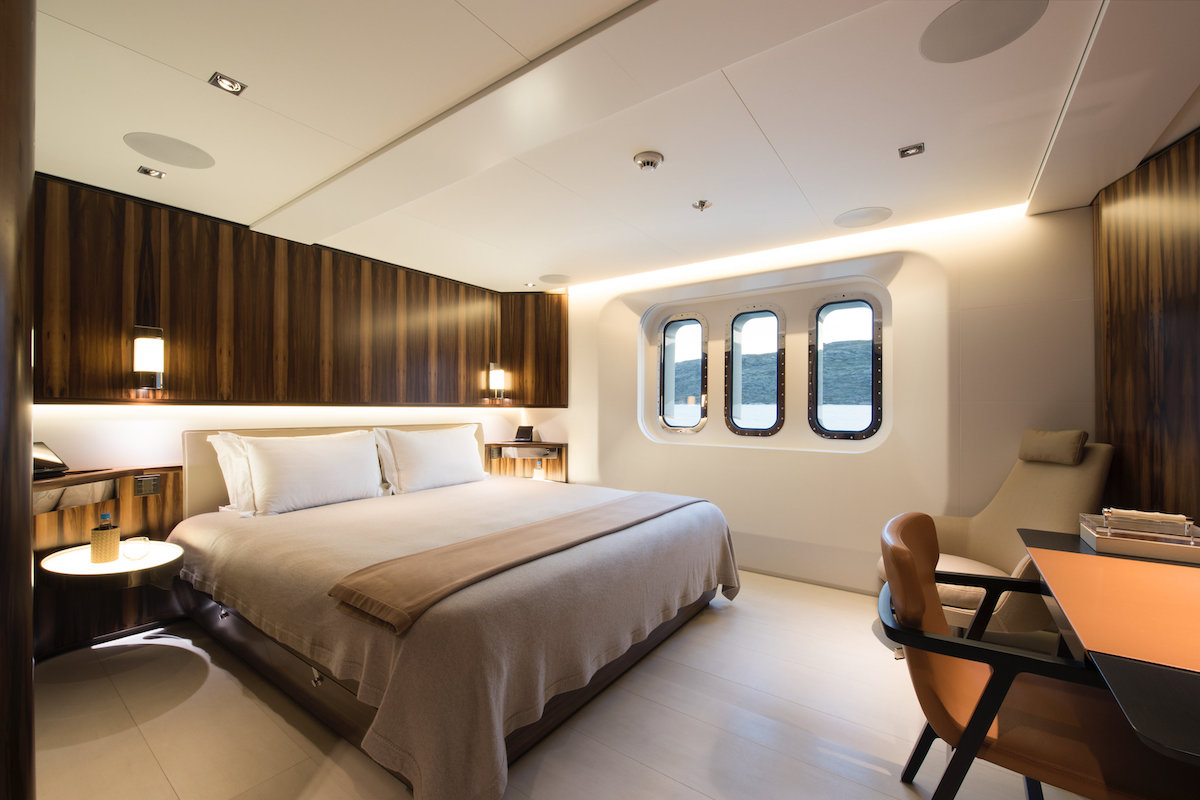 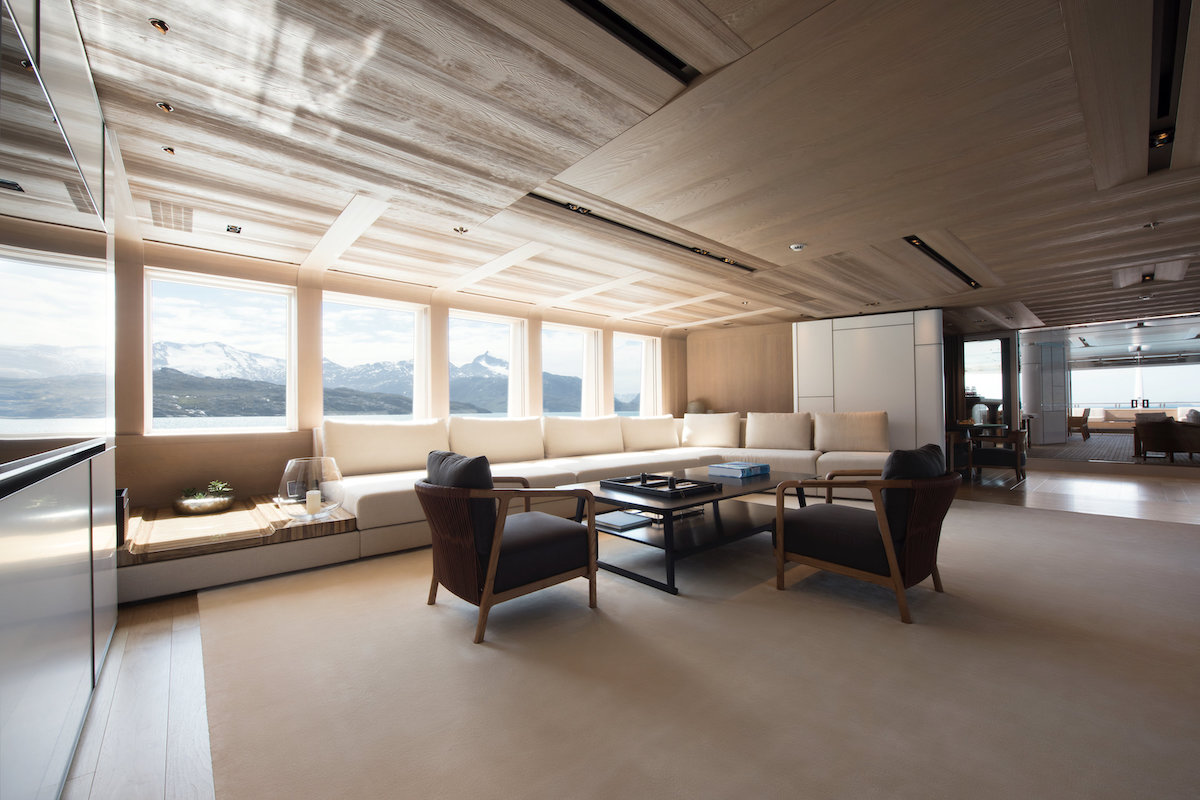 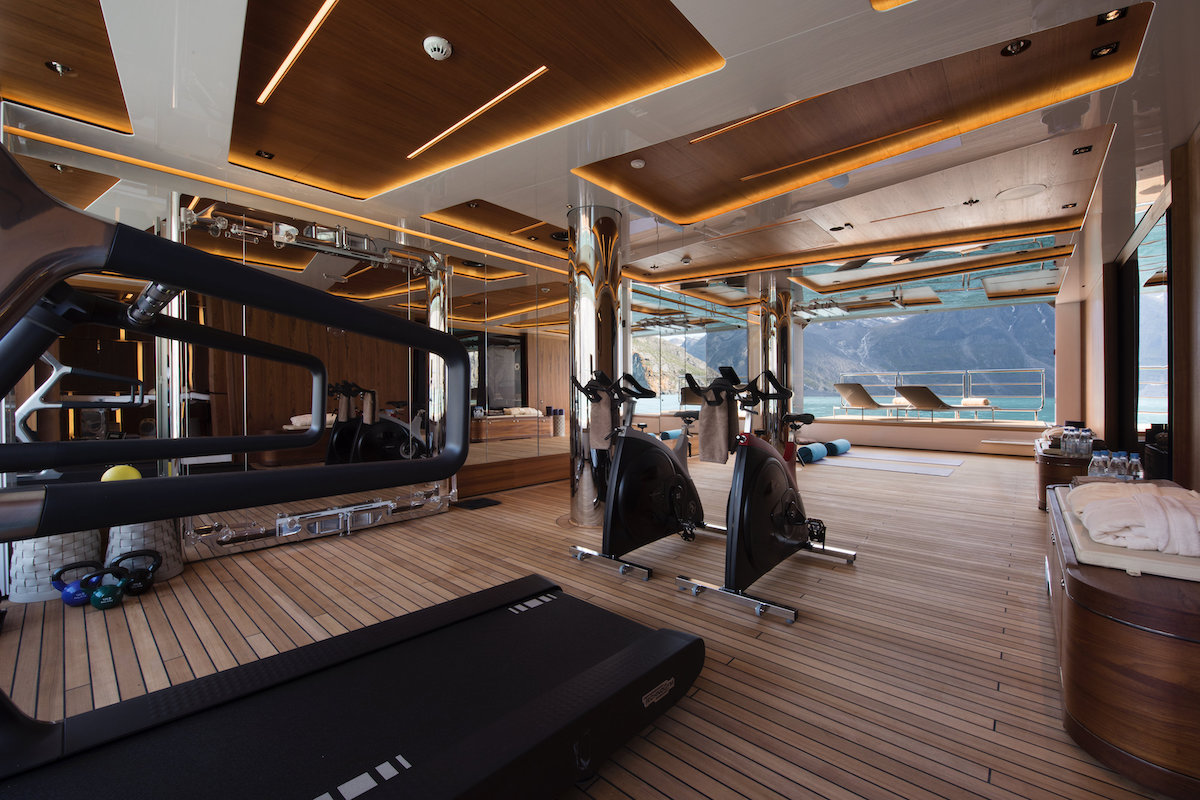 “This could be because of easier access to information on the internet,” says Beckerman, adding that “yacht managers are receiving multiple requests but it is for the same client.” But the internet is also exposing a whole new audience to the yachting experience.

“Social media platforms are certainly helping to entice and show that it is far more accessible to charter than previously perceived,” she continues, explaining that yacht charter marketing is no longer about featuring a yacht in a magazine. “The new focus is far more on whetting the appetite, the experience and the lifestyle angle.”

And it’s working. Earlier this year, Boat International wrote that “yacht chartering appears to be moving mainstream, with 2018 attracting more first-timers than ever before.” Engelmann estimates at least 50% of charters she books on an annual basis are newbies. “It’s exciting to walk people through the process because yacht charter really is the coolest, adventurous, most amazing way to travel.”