If you’ve ever wanted to sleep in a tree, an ice castle, or even an upcycled Boeing 727, you need to add these unusual destinations to your brag-worthy bucket list. 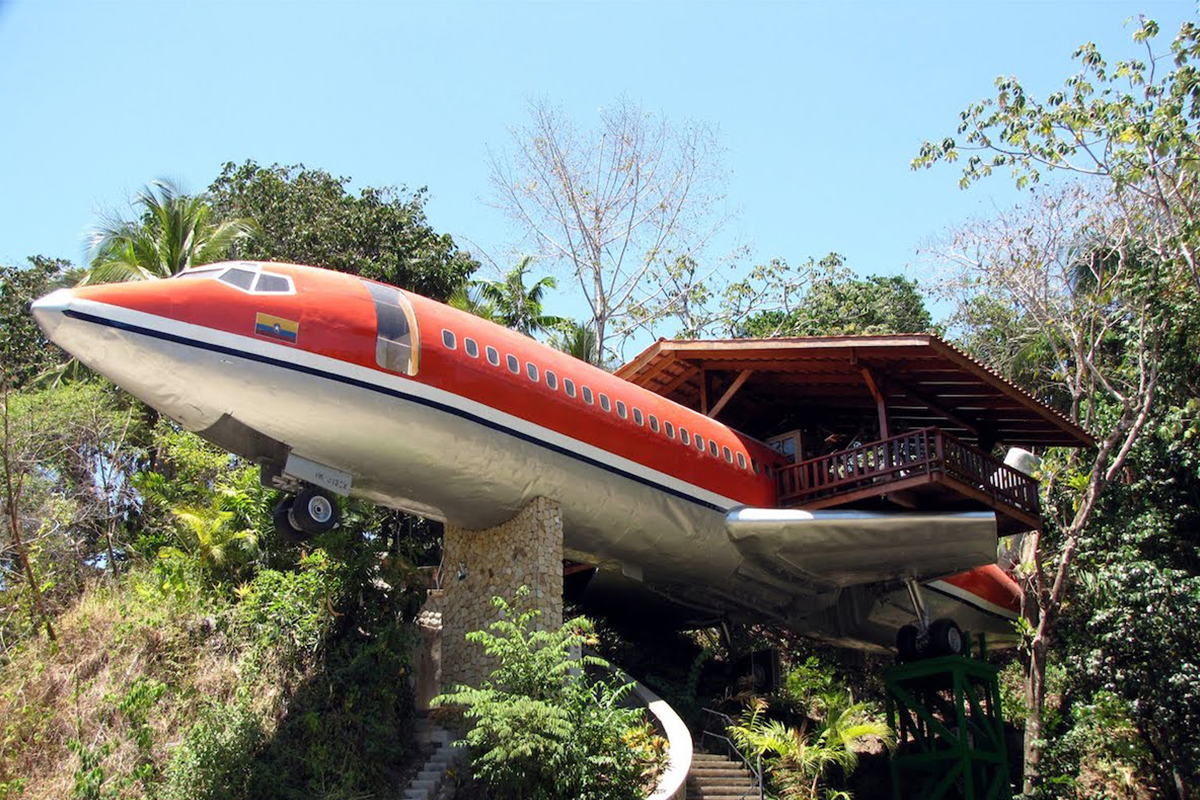 Looking for a little something extra on your next holiday? Be sure to check into one of these weird and wonderful hotel suites.

Whether it’s spending the night 155 metres underground in an old silver mine, recreating a scene out of Lost in an aeroplane engulfed by jungle, or living out your childhood dreams in a rainforest tree house, these seven extraordinary hotels put their conventional counterparts to shame.

If you don’t do well in small enclosed spaces, you better steer clear of Sweden’s Sala Silvermine – home of the world’s deepest underground suite. For those brave enough, venture 155 metres below the surface into a 500-year-old mine and you’ll find a private two-person retreat. 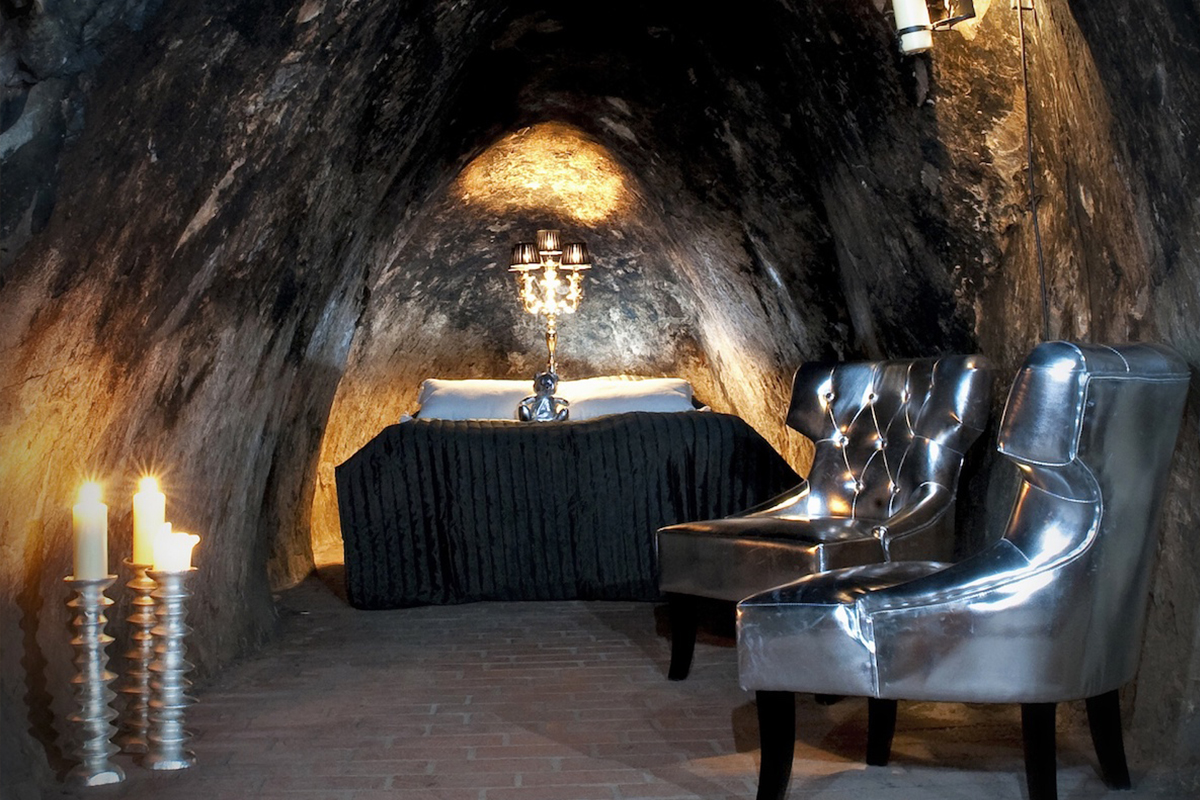 Complete with a large dining room, silver furnishings, refreshments on arrival and temperature control, your personal cavern is filled with plenty of candles to set the mood and accommodate for the lack of natural light.

Located on the eastern shore of the Uyuni salt flats, the Palacio de Sal, or ‘Salt Palace’, is the first hotel in the world to be made entirely out of salt – this includes the walls, floors, sculptures, ceilings and most of the furniture. 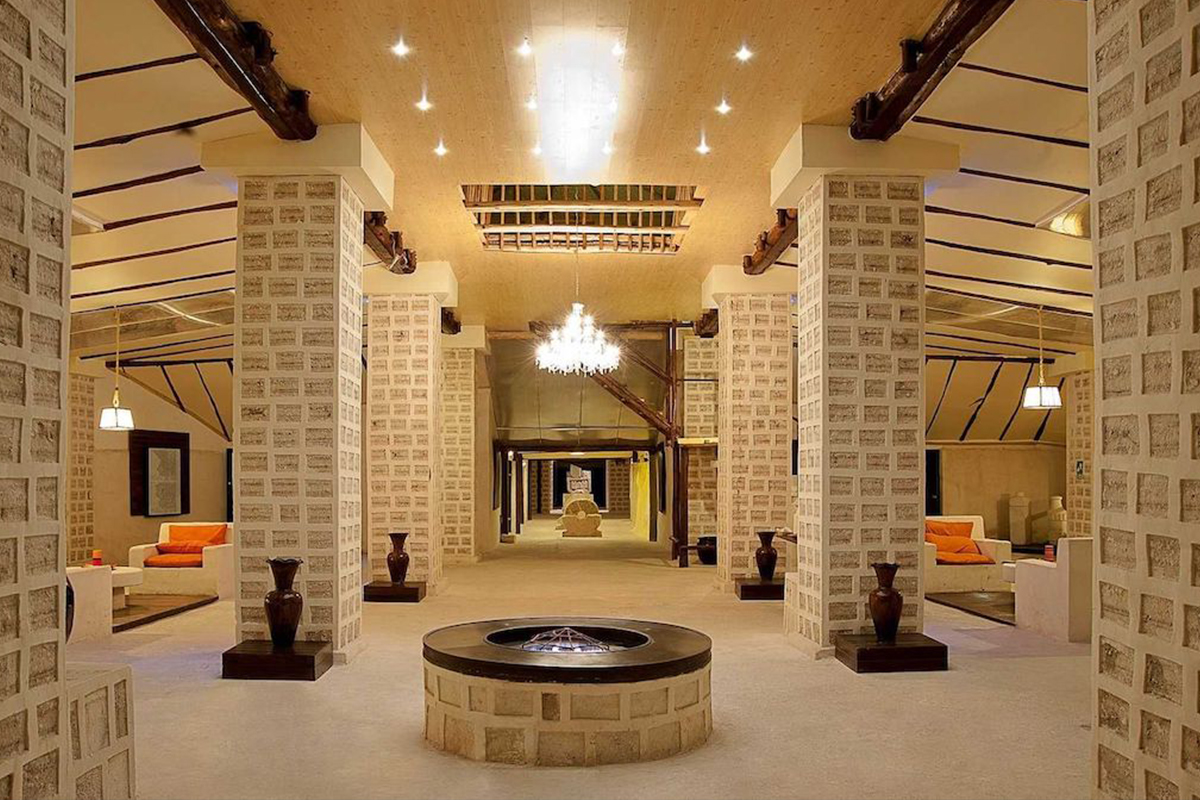 Blending into its surroundings, the hotel features an impressive lobby, bar and restaurant (the salt chicken is a speciality, of course), and a nine-hole salt golf course designed by Christian Pensu. At 3,650 metres above sea level, you’ll also see stunning sunsets with the mountain ranges on the horizon.

Housed in the treetops of Harads, Sweden are seven whimsical treehouses built to delight tourists travelling north of the Arctic Circle in search of the Northern Lights. 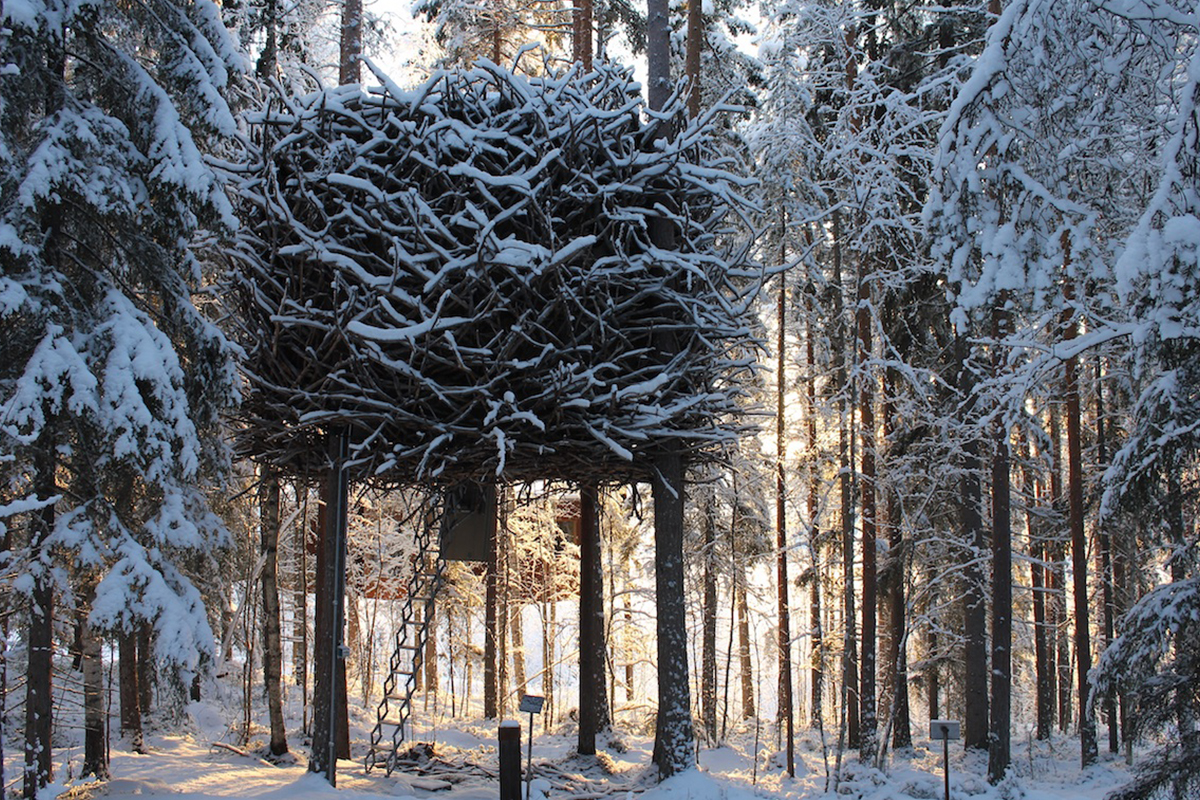 Designed by some of Sweden’s top architects, Treehotel’s inventive suites include the ‘Mirrorcube’, ‘The UFO,’ and ‘The Bird’s Nest’ – each suspended 4–6 metres above ground and all offering an escape where nature, ecological values, comfort and modern design come together in perfect harmony.

Slumber among the fishes at The Muraka, an extravagant US$15 million residence opening in November this year at Conrad Maldives Rangali Island. Wholly immersed in the natural seascape of the Indian Ocean, the two-level overwater bungalow features a powder room, gym, butler’s quarters, bar, dining room and more. 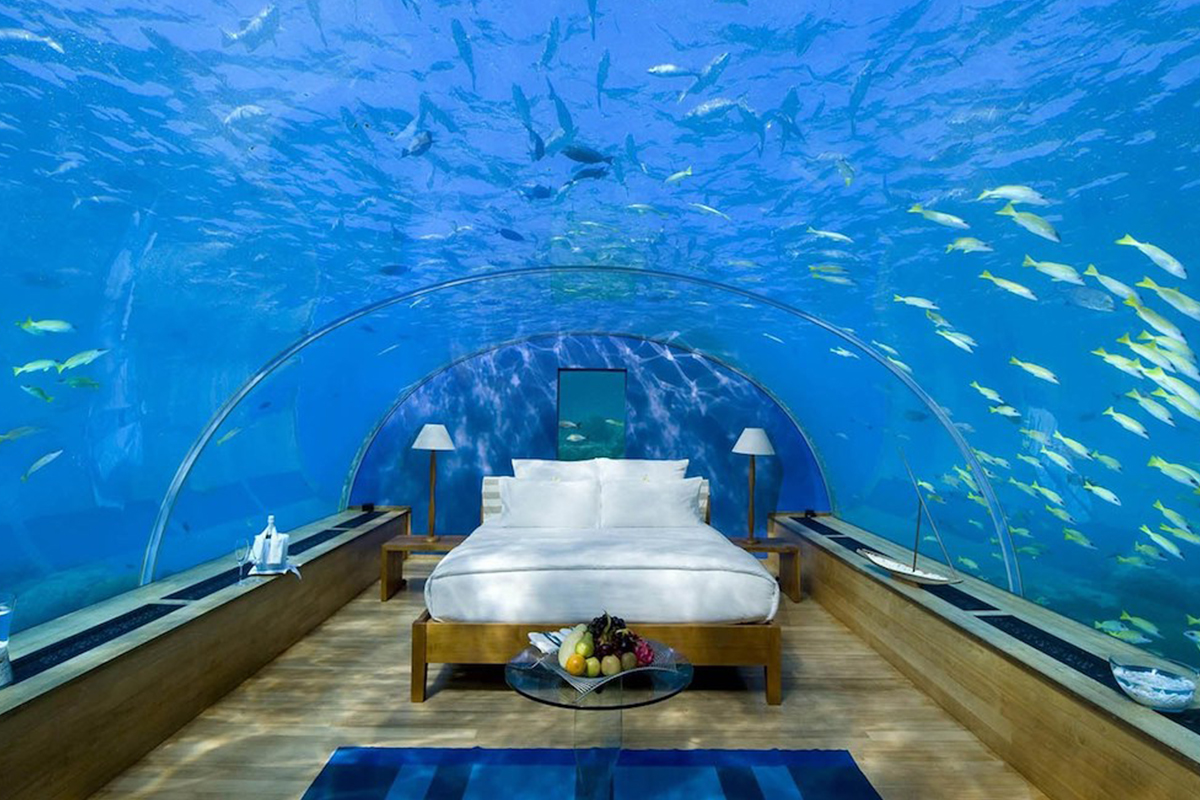 Take a dip in the infinity-edge pool and unwind with a cocktail on the sunset-facing deck before making your way five metres below sea level to a luxurious king-sized bedroom, living space, and bathroom – complete with 180-degree views of the surrounding coral and sea creatures.

Experience the coolest hotel in the world at IceHotel in Swedish Lapland. Founded in 1989, the hotel was once rebuilt in different configurations every winter using 500 tons of ice from the Torne River. In 2016, IceHotel 365 became the world’s first frozen accommodation to stay open year-round. Enjoy an ice-cold cocktail or a steamy cup of mulled wine from the atmospheric ice bar before retreating to your suite – each individually themed and hand carved by artists from around the world. Don’t worry – if things get too chilly, there are plenty of warm rooms in the separate hotel nearby.

Fuel your adventurous side with a stay at the exotic Hotel Costa Verde, home to the one-of-a-kind Boeing 727 suite. Salvaged from its San Jose Airport resting place, the 50-year-old plane has been transformed into a jungle bungalow perched 15 metres above ground in the treetops of the Manuel Antonio wilderness.

The suite features a kitchenette and dining area, two queen bedrooms (each with a private bath), hand-carved teak furniture from Indonesia, and a treetop terrace offering 360-views – not to mention a neighbourhood of sloths, toucans, monkeys and more.

An exclusive hangout for famous DJs, VIPs, CEOs and even Royals, the Crane Hotel Faralda is everything its name promises: a luxury three-suite hotel perched on top of a converted crane. 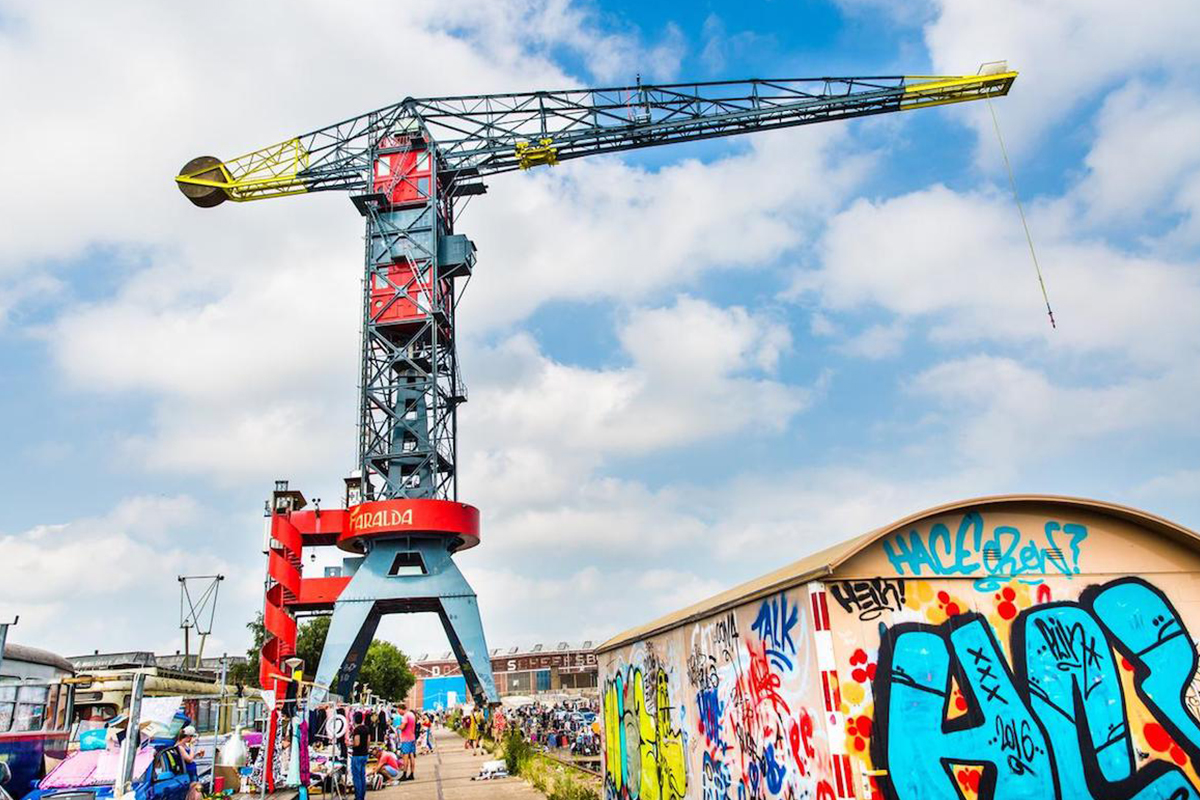 Sitting on a once abandoned ship wharf on the banks of the river IJ, the crane boasts a spectacular birds-eye view of vibrant Amsterdam – guests can even operate the crane to get the best views possible. For those brave enough to ride the two glass elevators to the top (about 15 stories up), a panoramic lounge and Jacuzzi awaits.

Looking for something a little more luxurious, rather than unusual? We’ve rounded up the world’s most decadent hotel penthouses.