Tourism deep dive: Voyage to the bottom of the ocean

It may not be the final frontier, but the farthest depths of the world’s oceans are evolving as tourism hotspots as adventurous luxury travellers start to explore the great unknown. 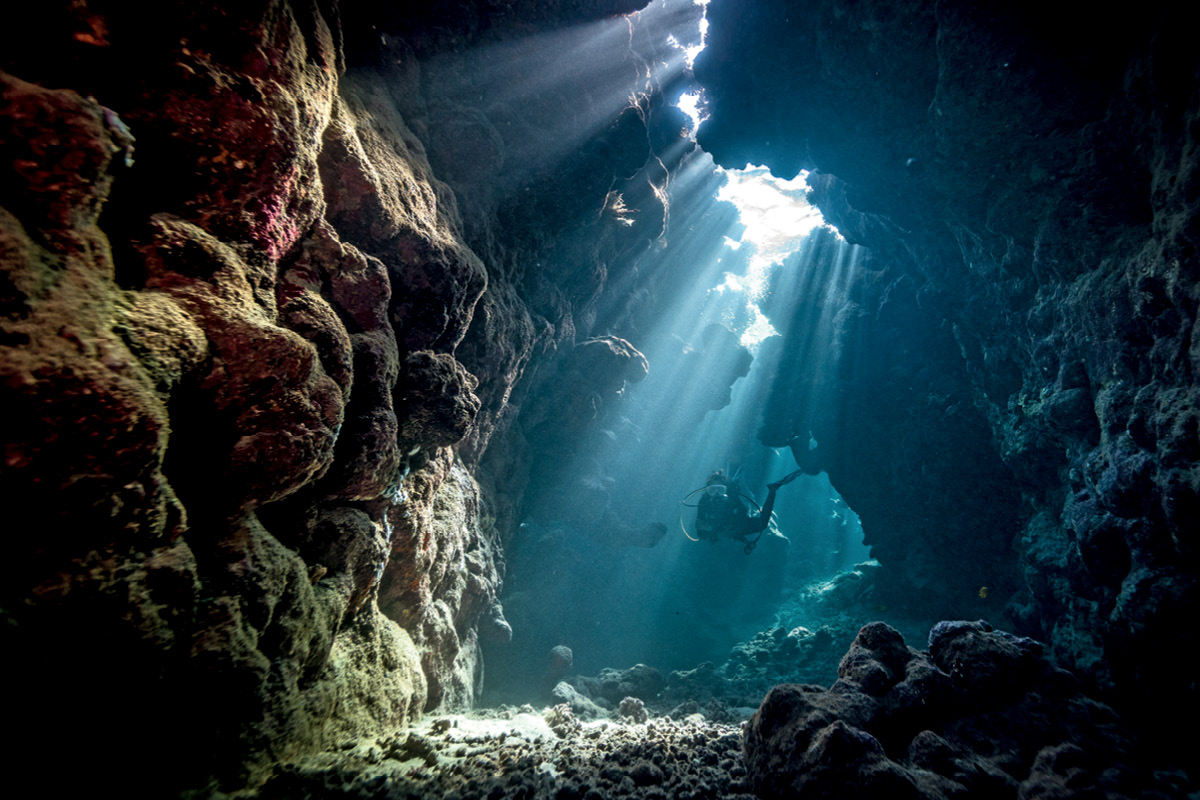 For most of human history, the depths of the world’s oceans have remained some of the most mysterious places on the planet. Far beyond the reach of explorers, vast underwater realms are still largely unexplored, making them some of the last regions untouched by humans.

However, all that looks set to change, with a growing number of companies moving to take luxury travellers on deep-sea excursions to big-ticket underwater attractions. This means that, for monied tourists, a trip to the wreck of the Titanic or even to the deep basins of the Arctic could soon be within reach.

Deep-sea demand
Since being founded in 2009, OceanGate’s submarines have conducted more than 150 dives in the Pacific, the Atlantic and the Gulf of Mexico.

One company at the forefront of this sub-sea charge is Blue Marble Private. The London tour company is offering trips in 2018 that take adventurers on 10-day missions from the coast of Newfoundland to the site of the Titanic at a cost of around A$135,000.

“Far fewer people have visited the wreck of the Titanic than the number who have been to space or summited Mount Everest,” the company’s website reads. “This is a once-in-a-lifetime experience and an expedition designed only for those with a truly adventurous spirit.”

US-based OceanGate, led by charismatic CEO Stockton Rush, is also planning to dive to the site of the Titanic, one of the most well-known deep-sea attractions located 3,800 metres below the surface of the North Atlantic Ocean. It aims to make its first dive in 2019.

The company, which has been running less ambitious dives since 2009, is in the final stages of developing a five-person submarine that can dive to the depth of 4,000 metres – deep enough to take bold luxury travellers to the famous wreck.

Meanwhile, The Bluefish, a UK-headquartered “experiential concierge firm”, also pledges to take adventurous travellers on dives to the iconic site.

Like its rivals, The Bluefish offering is not for those on a budget, costing a minimum of A$81,000. For that price, you get a seat on the 11-hour dive to the wreck on a Soviet-built miniature submarine, one-night’s accommodation, all meals, and a trip out to the dive-site on support ship Akademik Keldysh.

Other deep-water destinations that could be big lures for luxury operators include the wreck of the German World War II vessel Bismarck in the North Atlantic, the dazzling rock formations of the mid-Atlantic’s hydrothermal vents, and even the 11,000-metre-deep Mariana Trench in the Pacific.

As well as the luxury start-ups, there are several other players located in holiday destinations such as Substation Curaçao on the eponymous South American island, and Atlantis Submarines across 12 locations including Hawaii, Cozumel and Grand Cayman, that are already taking paying customers beneath the sea, but not to such extreme depths.

For those who want deep-sea excursions all to themselves, there’s also the option of buying a superyacht that doubles as a deep-dive private sub. Migaloo Private Submersible Yachts, for instance, offers UHNWIs yachts that function as both conventional boats and underwater vehicles.

However, the Austrian company’s futuristic vessels do not come cheap, with one of its products, the 283-metre-long M7, said to retail for a staggering A$4.2 billion. 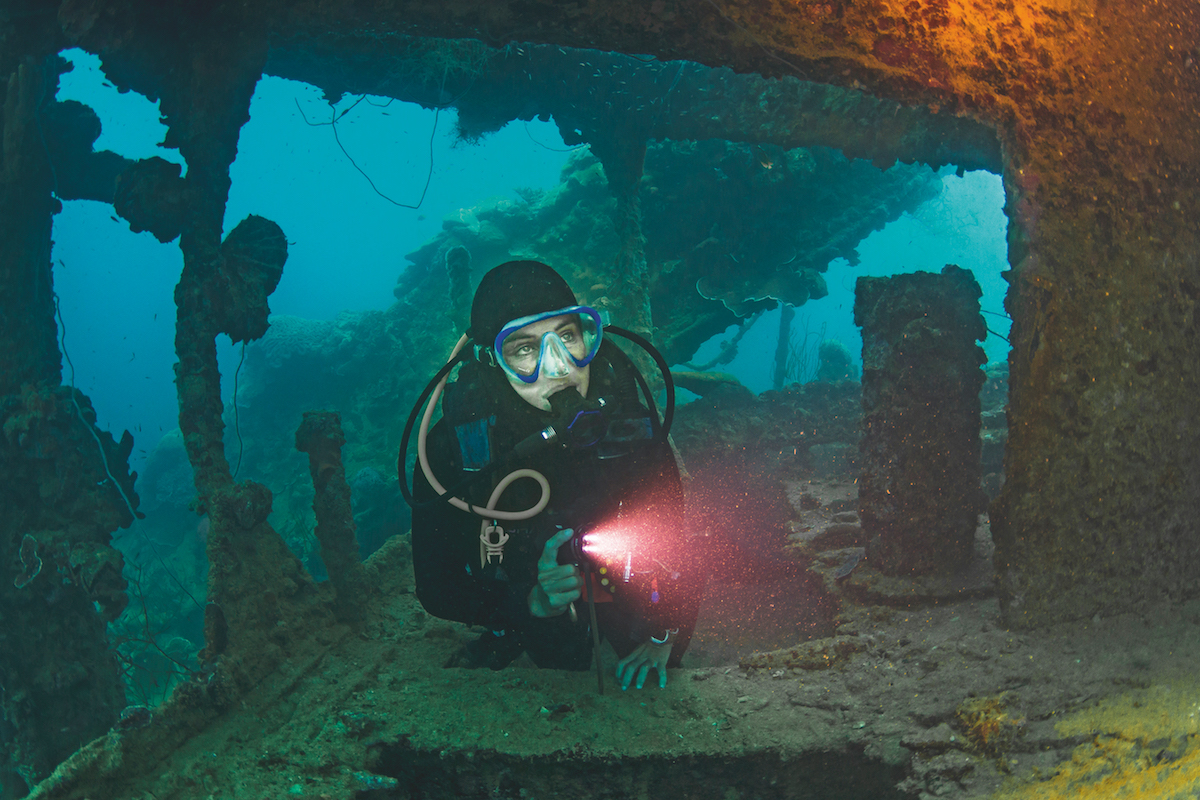 David Beirman, senior lecturer in tourism at the University of Technology Sydney, says growing demand for deep-sea travel is linked to the recent boom in global tourism, especially at the luxury end of the Asian market.

The numbers back him up. International tourism arrivals across the globe were up seven per cent in 2017, representing the best result in seven years, according to official data from the UN World Tourism Organization.

The increase in global tourists is making niche markets at the top end of the market, like deep-sea travel, increasingly viable, Beirman says. “This is clearly one of those areas where you’ve got great point of difference,” he tells The CEO Magazine. “We’ve had enormous growth in the international tourism market so we’re seeing different types of markets developing.”

Another selling point of deep-sea travel for high-end consumers is its uniqueness. This, Beirman says, is one of the big drivers for the rise in demand for far-out activities like deep-sea travel, space tourism, and adventure travel generally.

“When you start looking at the top end of the market, bragging rights start to become a big part of the tourism experience,” he says. “If you’re a CEO who can say ‘I took a trip down to the Titanic’ it’s going to go down pretty well with your peers.

“Part of the attraction is the fact you get to say you’ve done something that is different or unique – it becomes a big influencer at that end where money is no object.” Uncharted territory
Humans have only explored around 5% of the world’s oceans, according to the US National Oceanic and Atmospheric Administration.

Raman, a pioneer of tailor-made and luxury holidays, says demand for one-of-a-kind offerings, which at A&K range from A$20,000 to A$200,000-plus, is stronger than ever.

“There is a lot of customisation, so certainly, even within group tours, things are not regimented,” she tells The CEO Magazine. “We try to build in days or half-days where there are optional activities so guests don’t all have to do everything together.

“Designing personal experiences is approximately 75% of what we do now it’s actually a tailor-made itinerary.”

Whether it’s deep-sea tours, exploring Patagonia, or travel through the Arctic, Raman says it’s about creating “an experience they could never find on their own”. “They don’t have the time to design it, so it’s precious to assist and make it really special,” she says.

For Beirman, the innate human desire to explore the unknown is another contributor. As wealth increases in many parts of the world, particularly in China, it enables more people to
go out and explore even further afield, he says.

“Human beings want to explore new frontiers and it’s reflected in a lot of areas.

“Whether it’s the Kimberley in Australia, Papua New Guinea, or the Solomon Islands, travellers are wanting to do something different. There is now enough of a total market to enable those very high-end, niche markets to actually work.”