Scottish brewer BrewDog has launched the world’s first crowd-funded beer hotel in Ohio. Did we mention it comes with a beer fridge in the shower? 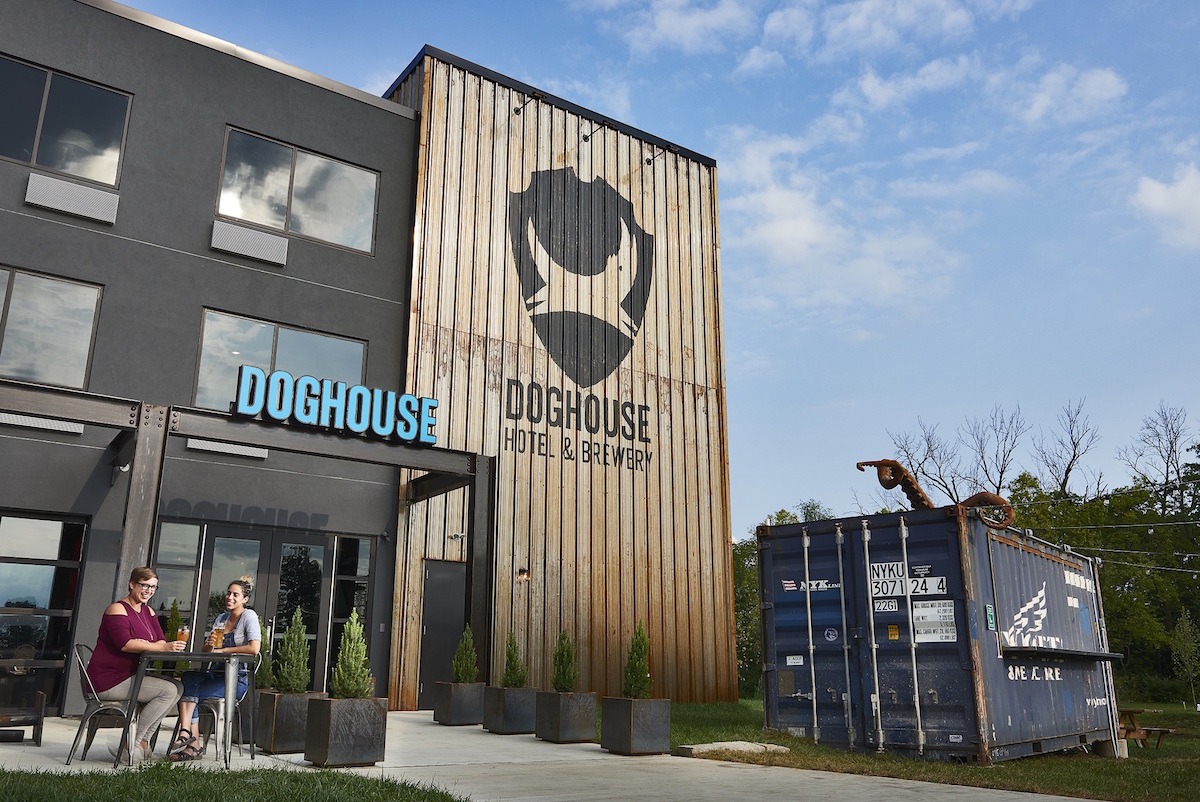 A hotel with a built-in shower beer fridge, in-room beer taps and a complimentary brew from the lobby bartender at check-in is every ale aficionados dream come true.

Scottish brewer BrewDog brought the vision to life with the world’s first crowd-funded beer hotel in Ohio, US, offering guests a night (or five) away inside its brewery, the DogHouse, creating the ultimate immersive beer utopia.

Touted as being the ultimate lager escape, beer enthusiasts can enjoy an interactive beer journey, which deep dives into the history of craft beer, or watch alcohol connoisseurs work from any room in the hotel.

BrewDog co-founders James Watt and Martin Dickie launched a crowdfunding campaign in March 2017 where more than US$300,000 was raised (US$160,000 was raised in less than a week) to make the hotel a frothy reality. 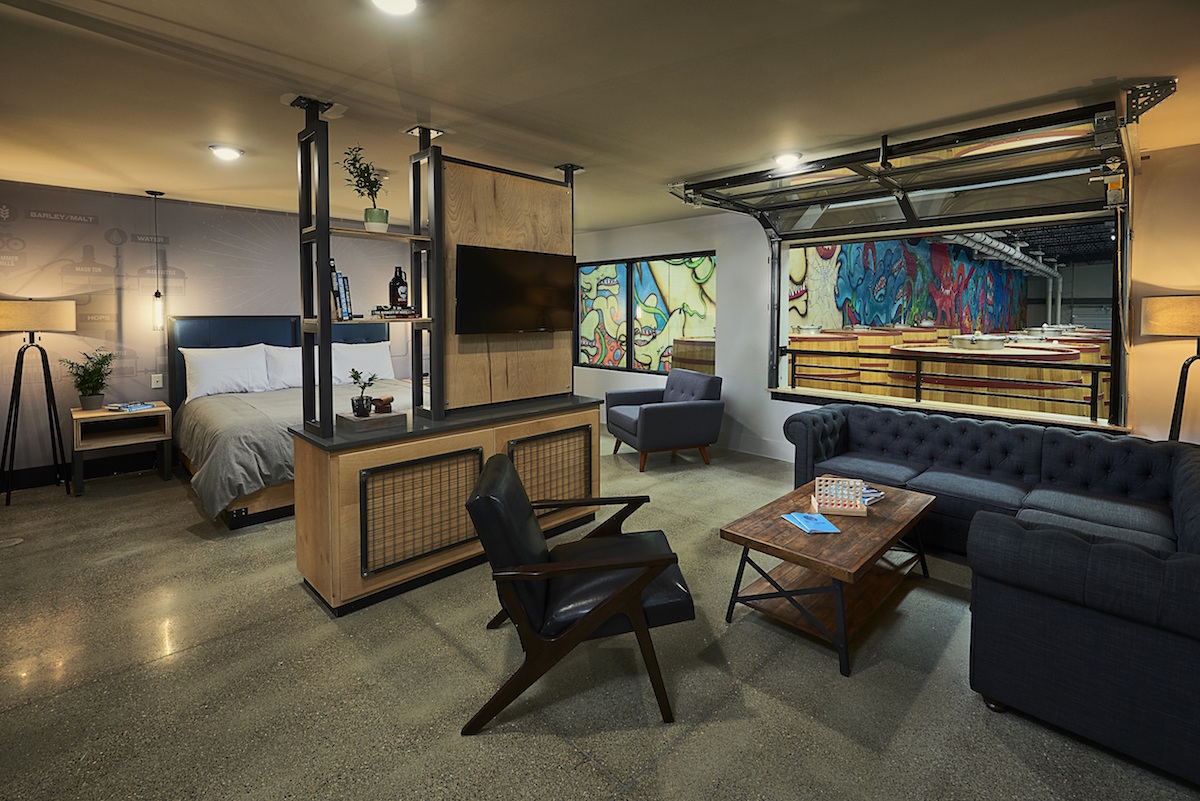 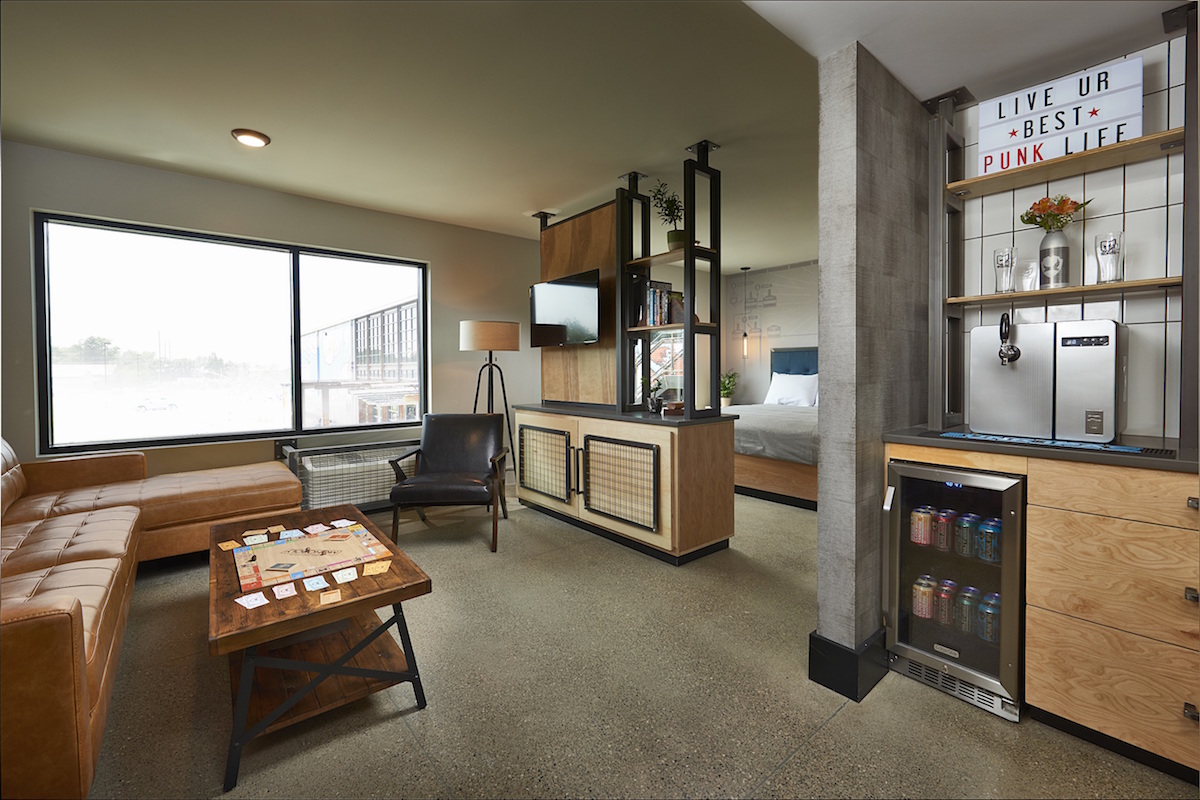 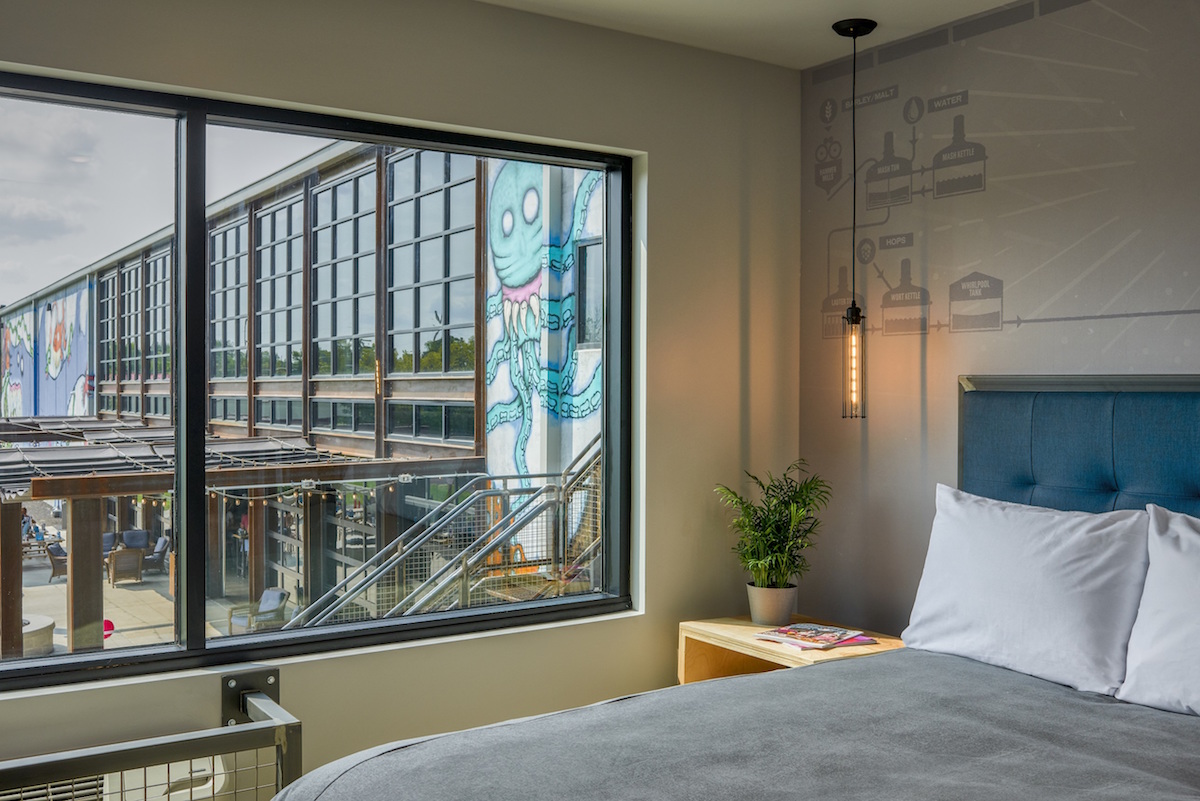 Wake to the smell of fresh brews 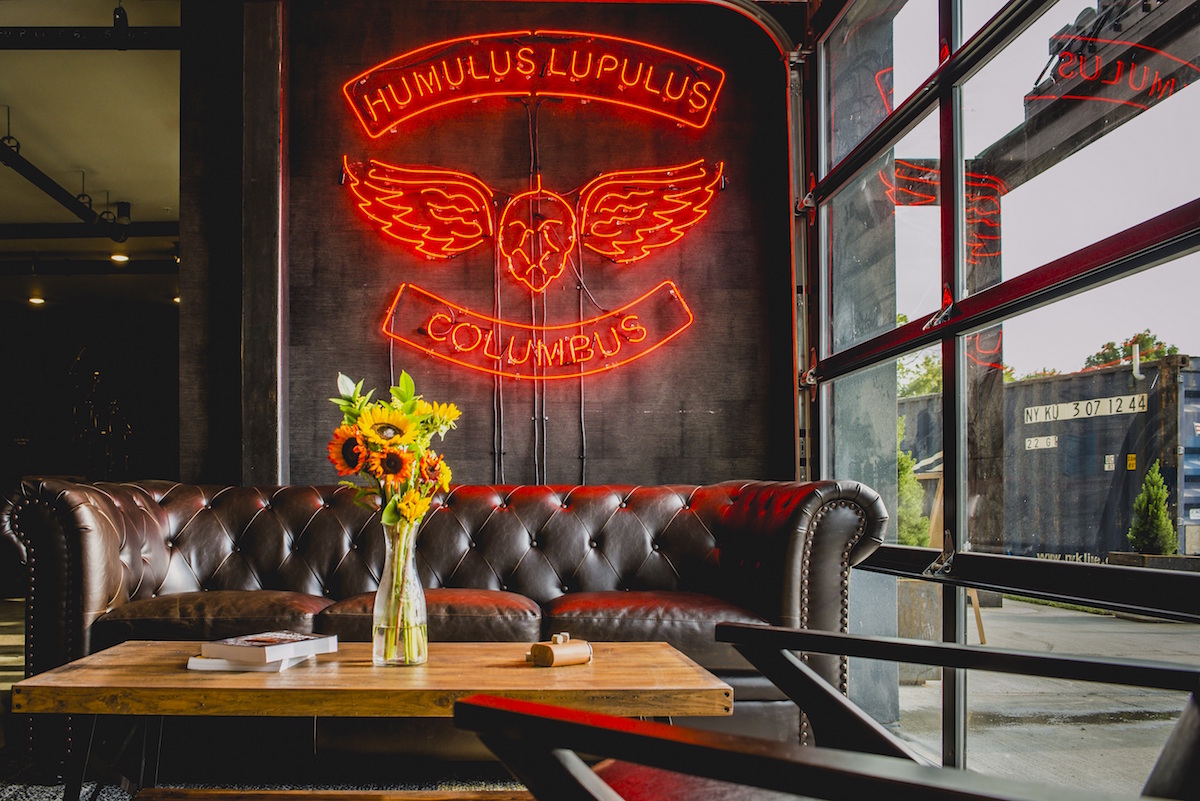 A lobby bartender greets guests with a cold beer 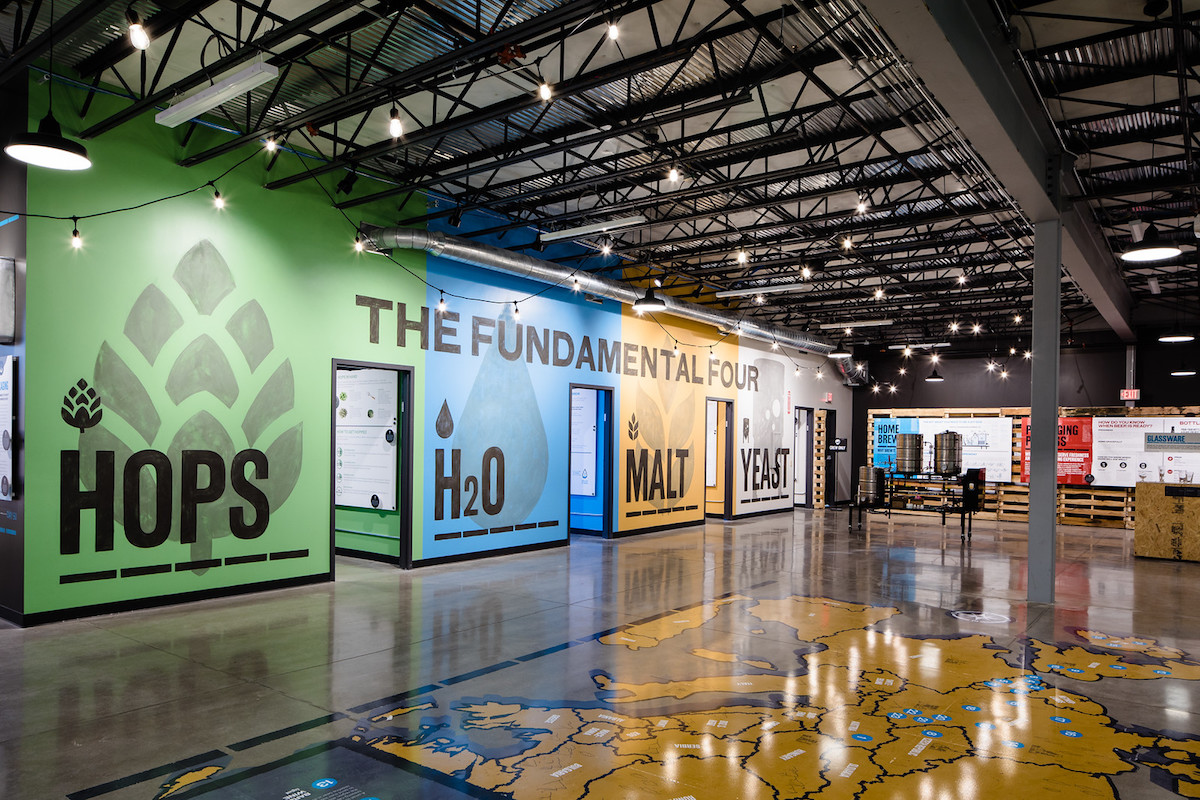 Learn how BrewDog creates its masterpieces with a tour 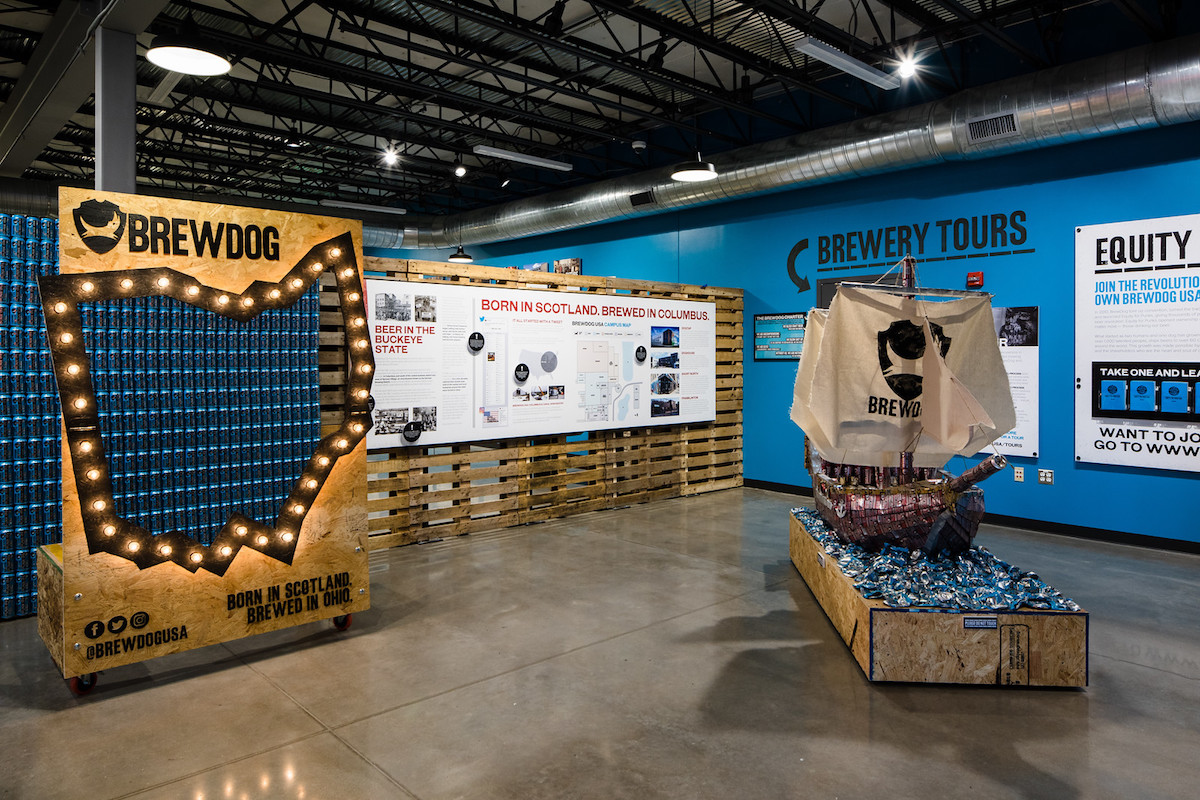 The DogHouse brings every lager enthusiasts' dreams to life
[/img]

“For many beer fans, the idea of a beer hotel was just a pipedream,” Watt says. “A beer utopia that was never thought possible. Until now.

“Thanks to the backing of our global community of beer evangelists, we’ve been hard at work to make that dream a reality.”

The golden drops are crafted at the 6,000 square feet factory and gives enthusiasts a hands-on experience with BrewDog’s headliner craft beers, seasonal brews, ensuite bathroom with a built-in shower beer fridge and a beer tap with a personal keg – an experience booked out for 500 nights when it opened in August.

“For many beer fans, the idea of a beer hotel was just a pipedream. A beer utopia that was never thought possible. Until now,” – James Watt, BrewDog co-founder

Boasting 32 rooms, the quirky hotel also has four dog-friendly rooms allowing guests to bring their four-legged-friend on a journey of a lifetime.

“The DogHouse is truly a hotel like no other,” BrewDog USA CEO Tanisha Robinson says. “With the help of our passionate community, we have created a must-visit destination for craft beer fans around the world.”

The iconic European drops were founded in 2007 where Watt and Dickie raised more than £61 million through crowdfunding – the highest figure raised through online equity crowdfunding on record.

The co-founders, both 24 at the time, started the lager empire by brewing small batches and filling the bottles by hand before selling them at local markets “out of the back of our beat-up old van”.

The brains behind one of the UK’s strongest beers Tokyo and the world’s strongest canned ale Black Eyed King quickly rocketed into popularity through quirky and alternative lager creations including brewing beer at the bottom of the ocean and spouting it out of a modified deer head.

Bored of “industrial brewed lagers and stuffy ales”, Watt and Dickie were on a mission to create a thrilling beer experience leading them to set several world records, launch a multiple-series TV show and ship their brews to 60 countries with more than 50 bars across the globe.