A children’s film called Monster Trucks – about a monster truck with a monster in it – sets a new benchmark for lame story concepts, writes Jack Marx. 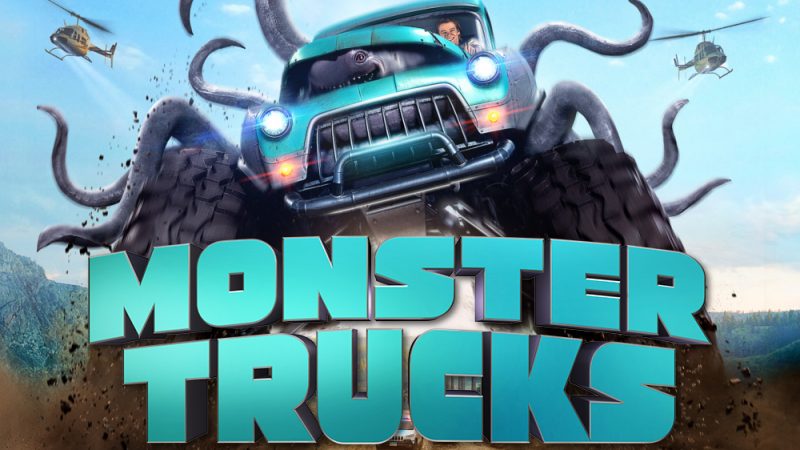 No, I haven’t seen Monster Trucks, and I’d rather take my kids to a convention than to teach them that dumb story set-ups like this – that simply take a descriptive common noun literally – deserve our money and time.

To show how easy this crap is, here's a bunch of sure-fire blockbusters I've just pulled out of my kazoo..

(Interested movies producers can, of course, leave their details in the comments section below).

Midget Submarines
Hilarity ensues when the Navy takes receipt of the first of a new fleet of Virginia-class submarines, only to find it’s full of midgets.

Small Bore Rifle
A hunter is at first pleasantly surprised when his new rifle verbally directs him to his prey, but things take a turn for the worse when he realises the ballistic blabbermouth never shuts up.

Baby Shower
A small town is thrown into chaos when it is pelted with a light-but-noisy deluge of newborn babies.

Open Sandwich
A businessman is surprised when his sandwich suggests it wouldn’t mind if he invited another sandwich along to their lunchtime sojourns.

Rotary Saw
Side-splitting antics result when a branch of the secular charity organisation elects a power tool as its president.

Fish Fingers
There are screams aplenty when a popular seaside resort is invaded by schools of amphibious – and very curious – fingers.

Ride-On Lawnmower
A grass-cutting boy scout helps his lawnmower achieve its dream of riding in the Mt Isa Rodeo.

Lazy Susan
A rotating tabletop food-distribution aid decides she can no longer be buggered to do her stupid job.

Spoilers
He purchased them to make his car look cool, but now they’re ruining everything with their obnoxious hi-jinx.

Philip's Head Screwdriver
A tradesman awakes one morning to find one of his tools has grown the head of the Duke of Edinburgh.

Skyscrapers
Two 90-floor office buildings take the problem of metropolitan air pollution into their own hands.

Cargo Pants
There’s slapstick on the waterfront for a luckless stevedore whose trousers keep stowing away on merchant vessels.

Pyramid Scheme
The world-famous tombs of the ancient pharaohs hatch a cunning plan to do tourists and wealthy Egyptians out of their money.

Tenor Saxophones
A saxophonist’s instruments keep him awake at nights by warbling the aria from Puccini’s Turandot.

Dux of the School
He’s top of the class in every subject, but lunch is a lonely time in the playground for a sensitive solar-powered hot-water system.

Schooner of Beer
There’s adventure ahoy on a sailing ship crewed by an enthusiastic carton of Fosters Lager.

Executive Decision
The board of directors thinks one particular decision so good that they buy it a suit and give it a job in head office.