A tsunami of smarts is breaking over us

A huge wave of educated people is odds-on to change our world for the better. 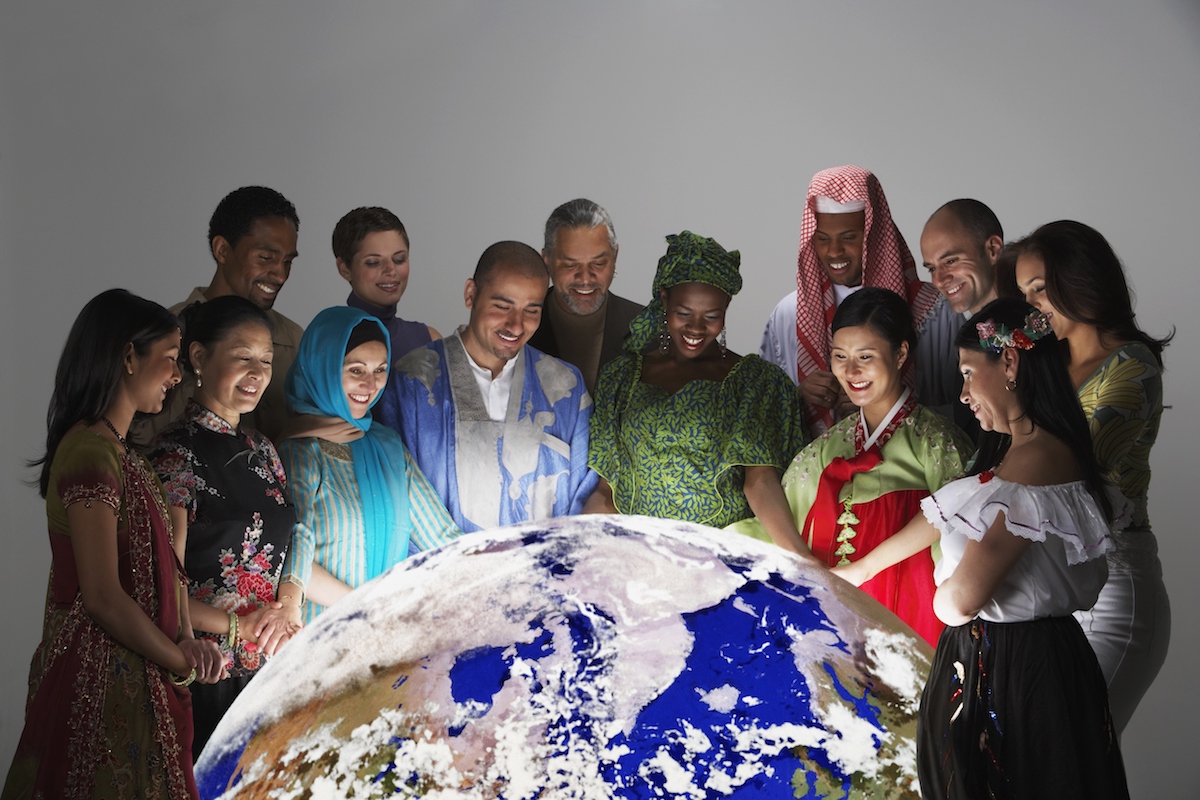 Taking a train in Bangkok last week, I passed a huge billboard advertising Brighton College Bangkok, an offshoot of a successful UK school. It reminded me of the graph below, from Max Roser’s team at Our World In Data.

The graph shows what you might call the education tsunami – the staggering surge in the number of educated people in the world. The planet has never seen anything like the wave of education that is now beginning to crest.

Let’s focus just on the group with post-secondary education. As recently as 1970, the world had just 100 million people with university degrees or other post-secondary education of any sort (the blue bit in the graph). Today, we have eight times that number – 800 million people with post-secondary qualifications. By around 2047, according to researchers at the International Institute for Applied Systems Analysis, the number will double again. And it will keep rising after that.

This is a huge change in what economists call ‘human capital’. This pool of the highly educated contributes a disproportionate number of the people who help change the world, from the likes of Nobel laureate Marie Curie to Google co-founders Larry Page and Sergey Brin. People who discover, invent and create; who help to drive economic growth and human flourishing.

Education isn’t everything, of course. For a start, not all degrees necessarily contribute to the sum of human welfare. The economist Bryan Caplan has recently drawn new attention to an old but far from discredited idea about education – that it mostly signals that people are capable of knowledge work, rather than teaching them how to do it. 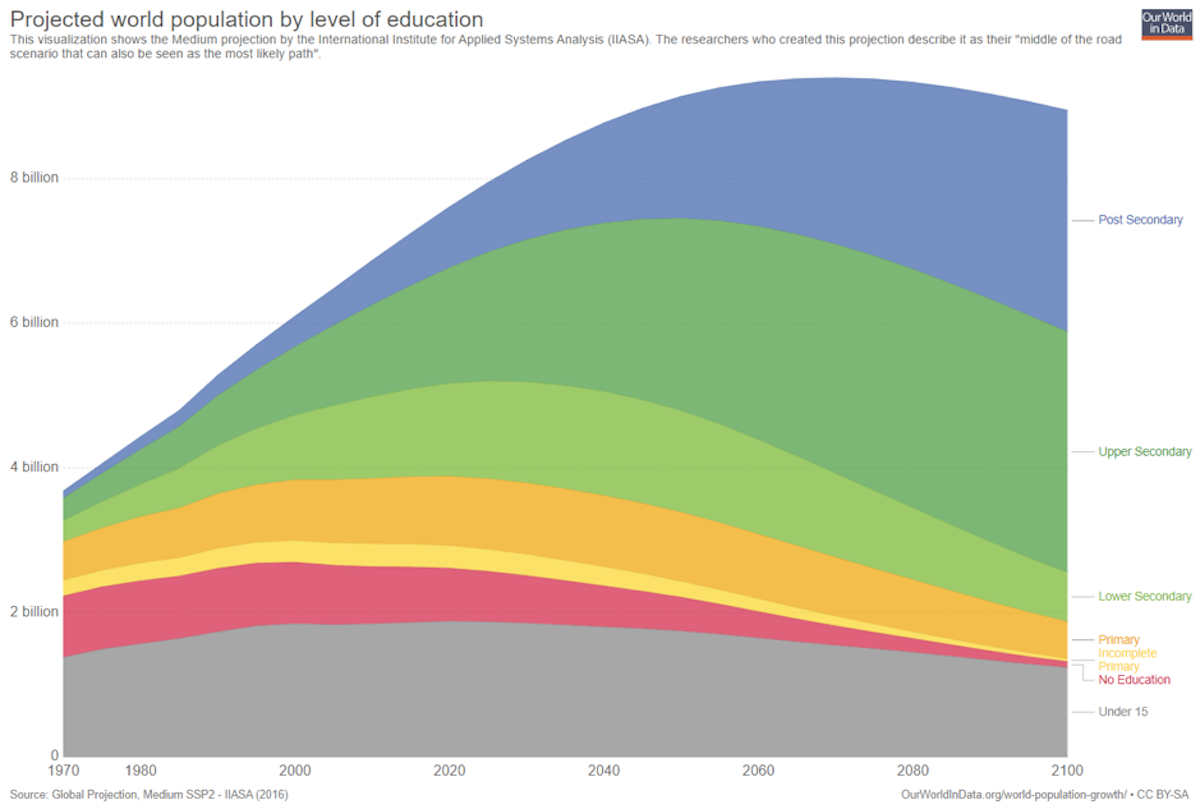 Caplan is surely partly right. But signalling is not the whole story; most experts still believe education is worth a lot. Google, for instance, began as Larry Page’s postdoctoral dissertation.

How will all this change the world? Average incomes will rise. Fertility rates will drop. The use of statistics will proliferate. In developed nations like Australia, foreign demand for education and tourism will boom. Other nations and regions – Thailand, Vietnam, India, western China, Africa, Indonesia and Sub-Saharan Africa, for instance – will change far more.

The sheer numbers say many of the newly educated will often come from places you don’t currently associate with brainpower. You’ll see crack engineering teams working out of Dar es Salaam; cutting-edge language theorists from Almaty; software groups in Surabaya. These places haven’t had many graduates until recently. Now they have some. Soon they will have many. Kids who 100 years ago would have spent their life as subsistence farmers will instead become brilliant research chemists and composers and teachers.

Perhaps more importantly, the education tsunami should certainly up the rate at which we find out new things. And in the long run, that changes the world more than anything else.

In the projections in the graph above, global population keeps rising until 2070, when it hits 9.4 billion, up from today’s 7.45 billion or so. Three points are worth special attention.